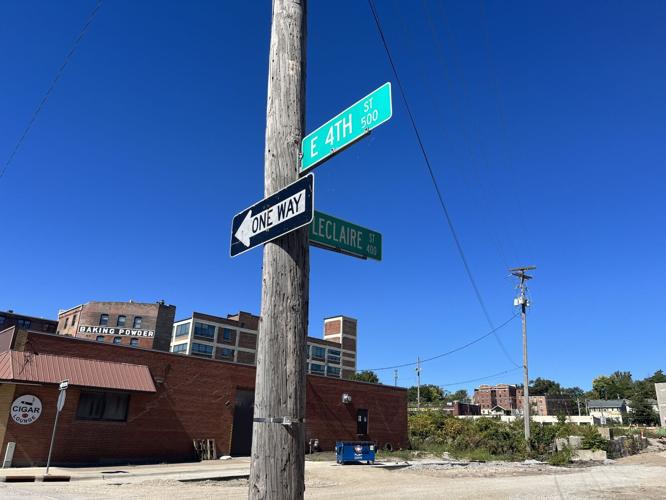 The Davenport City Council has spent weeks discussing whether to convert 3rd and 4th Streets from one-ways into two-ways. The hot-button topic has created massive controversy in the city. 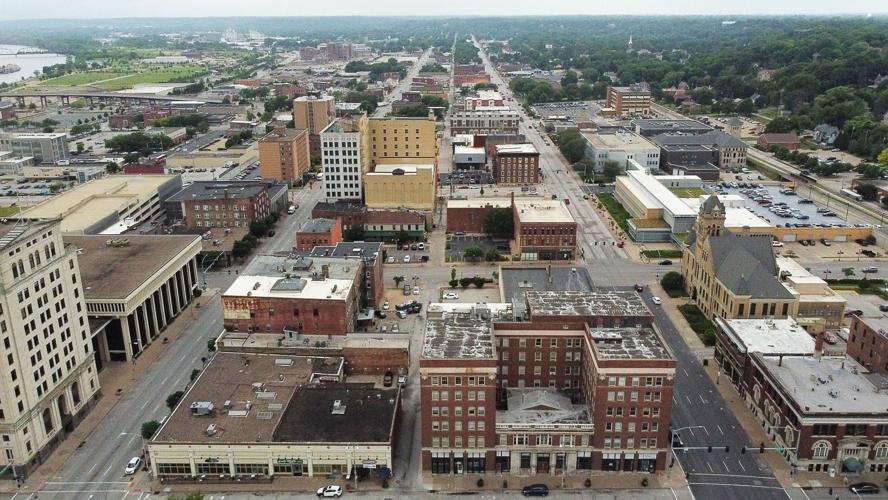 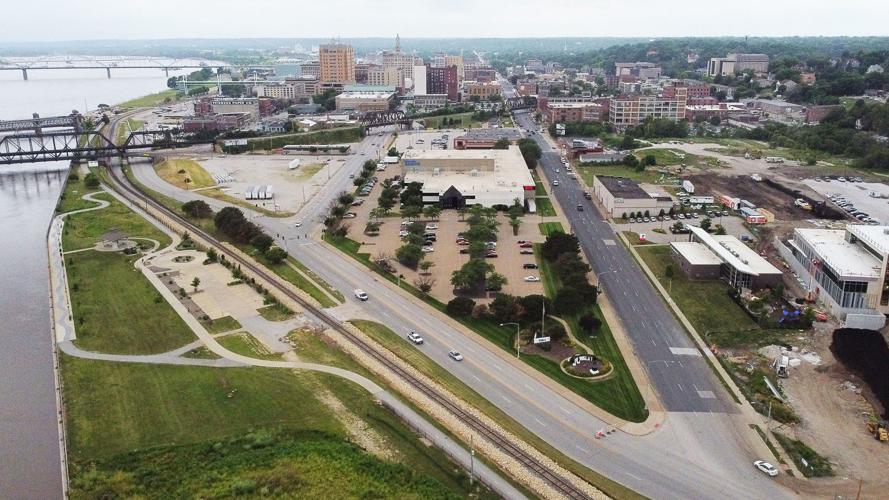 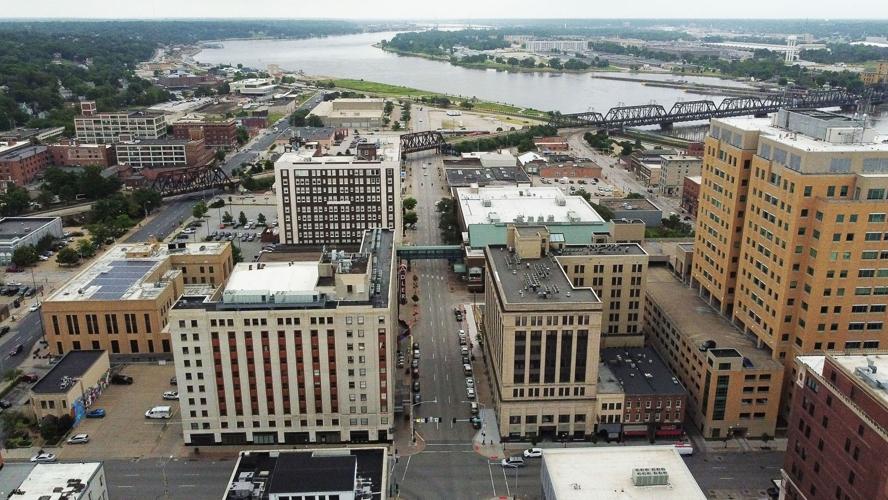 Looking east along 3rd and 4th streets from Brady Street in downtown Davenport. The city is considering making the streets two-way in fiscal year 2024.

Davenport’s proposed budget for the next year includes line items for a few high-profile projects, such as converting 3rd and 4th Streets to two-way traffic, flood mitigation and replacing city buses.

The city council will vote on the budgets in March.

“It used to be ‘fix the streets; what are you doing?’ Now, it’s ‘How many barricades do I have to go around?’” Mayor Mike Matson said. “I appreciate those comments, but you’re going to see barricade after barricade, and you’re going to see street after street being done with the fund balanced, with a balanced budget, with the city being in a good financial position.” 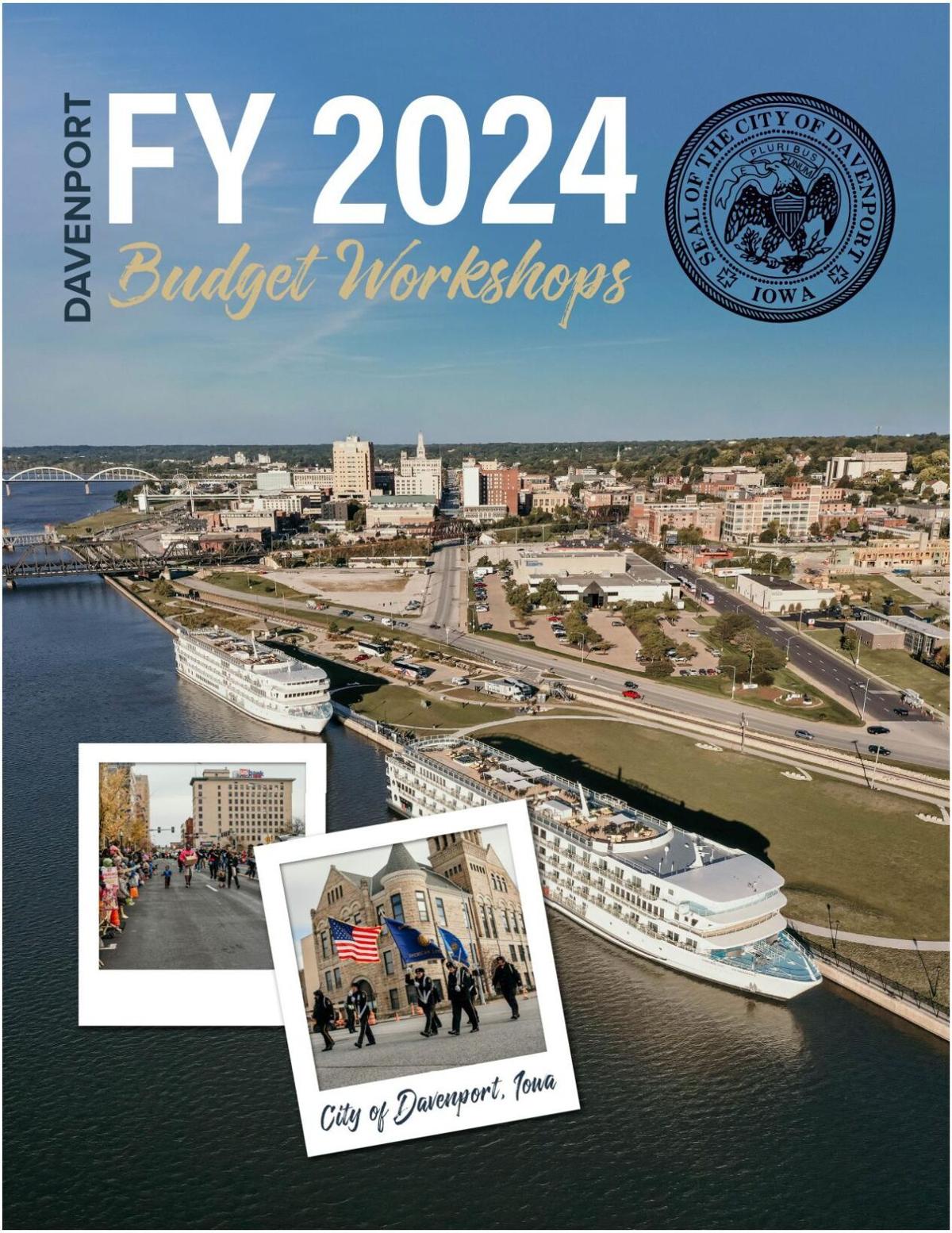 On one of the highest profile items: after decades of debate, and several tense meetings in 2022 that resulted in a narrow yes-vote, converting downtown Davenport’s 3rd and 4th Streets to two-way traffic is in the budget for the next fiscal year.

According to a budget presentation Saturday, city staff said the conversion as a whole would cost $2 million with the Downtown Davenport Partnership chipping in $700,000 over a number of years to that total. The project’s estimate has now grown about $300,000 from an initial $1.7 million because traffic signals at Main Street were added into the project, prompted by feedback from the City Council, Assistant Public Works Director Clay Merritt said. The plan converts traffic signals at Iowa, Pershing and Ripley Streets to four-way stops. And traffic signals will be removed at Warren Street and at the intersection of Scott and 3rd Street.

Merritt said the Iowa Department of Transportation “is waiting to see what the specific plans are to comment, but they have not given us any indication that our concept has any issues whatsoever,” in response to a question from Ward 6 Alderman Ben Jobgen about the department’s reaction to the city’s conversion plans.

Converting the traffic signals to allow for two-way traffic between East River Drive and Marquette Street is being done in tangent with a separate $9.5 million project backed by a federal grant to resurface 3rd and 4th Streets between Telegraph Road and Harrison Street. The federal grant funds about $7.26 million of the costs to resurface, and the city is responsible for $2.255 million.

The city is doing the design for the resurfacing and would put out for construction bids in early 2024, Merritt said. Merritt added the city would develop a traffic pattern plan and timeline ahead of construction, which would require review from the granting agency.

“We're pretty early in the stages here of what the staging will be like and what makes sense from a traffic flow perspective,” Merritt told council members. “Once we have that more set in stone, we’ll keep you updated.”

In the next six years, a new ice rink is scheduled for River’s Edge

Included in the final year of the city’s six-year capital improvement plan, which outlines strategic project funding for the city over six years, is a second ice rink at River’s Edge, a city-owned ice rink and indoor turf facility at 700 W. River Drive.

After feedback from the area’s hockey community about a single ice rink not meeting needs for ice, the city plans to set aside $600,000 in 2029 to convert an existing turf field back to a second sheet of ice at River’s Edge.

A city-commissioned report recommended the change after the Quad-Cities hockey community came out in full force for community feedback. Respondents told the city a single indoor ice rink fails to meet the needs of growing ice hockey and figure skating programs at a time when more indoor soccer fields in the area have sprung up in recent years, most notably in the TBK Bank Sports Complex in Bettendorf. When the city bought the facility in 2010, it had flipped a second ice rink into an indoor turf soccer field. According to the parks director at the time, the National Hockey League-sized rink was used only 4 1/2 months out of the year and was costly to maintain.

The city expects River’s Edge to lose about $303,500 in fiscal 2024. City staff plan to review the cost to operate River’s Edge, and adjust admission and rental fees as well as concession prices to better shore up the fund.

Answering a question from an alderman, City Administrator Corri Spiegel said there’s no desire to relocate the facility.

According to Merritt, Davenport council members have already approved about $120 million worth of city, state, and federal investment into projects across the city.

“There's some truly transformative projects that are in here,” he said. “In the next one to three years that our community is going to see at a quite frankly at historic level. So this would be my 10th year with the city and I would say probably in that 10 years, I can think of three projects offhand that are single projects that are greater than $9 million. This summer you're going to have four of those going on at the same time.”

Among those projects are flood protections for the Water Pollution Control Plant, a $12.3 million project for which the city received a more than $9 million grant, continuing reconstruction of E. 53rd Street — ($9 million is budgeted for the new phase), continuing construction of Fire Station No. 3 between Harrison and Brady Streets, a $12.2 million project, construction of the Fairmount Community Center, a $3.6 million project, and Main Street Landing, a proposed $16 million riverfront park project with leveraged grant and railroad settlement funding that city leaders hope will be a regional attraction and quality of life amenity.

If one school removes a book, all schools should, Iowa Gov. Reynolds says

If one Iowa school decides to remove a book from its library, all Iowa schools would be required to do the same under a proposal floated recen…

More than 260 Iowa nursing home and assisted living facility residents must search for a new place to live.

A new waste and recycling transfer station near the airport in Moline is causing a conflict among neighboring cities and within Moline.

The Davenport City Council has spent weeks discussing whether to convert 3rd and 4th Streets from one-ways into two-ways. The hot-button topic has created massive controversy in the city.

Looking east along 3rd and 4th streets from Brady Street in downtown Davenport. The city is considering making the streets two-way in fiscal year 2024.