Silvis: Mayor Matt Carter to face off against City Administrator Jim Grafton in Tuesday's primary election for mayor
Share this
{{featured_button_text}}
1 of 6 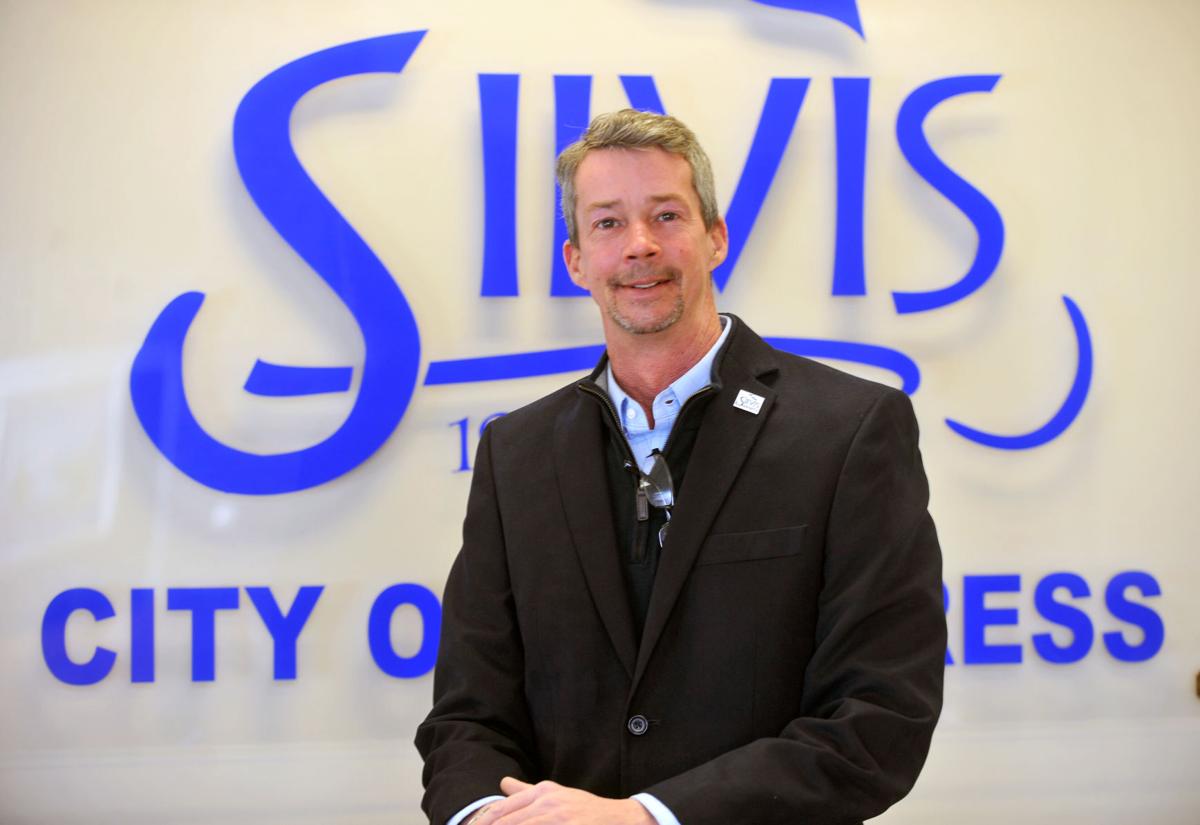 Silvis Mayor Matt Carter received about 63% of the vote in Tuesday's primary race. 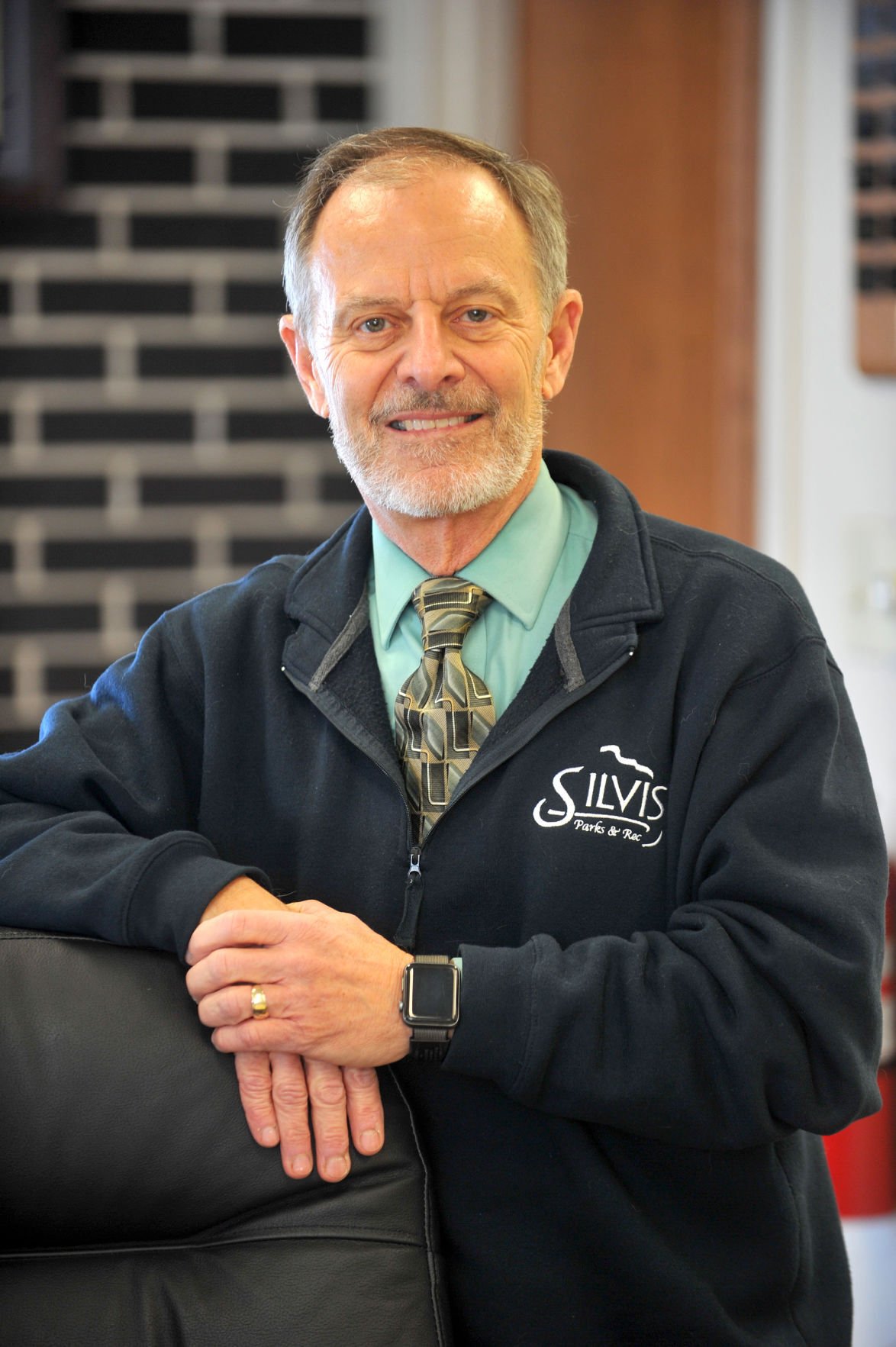 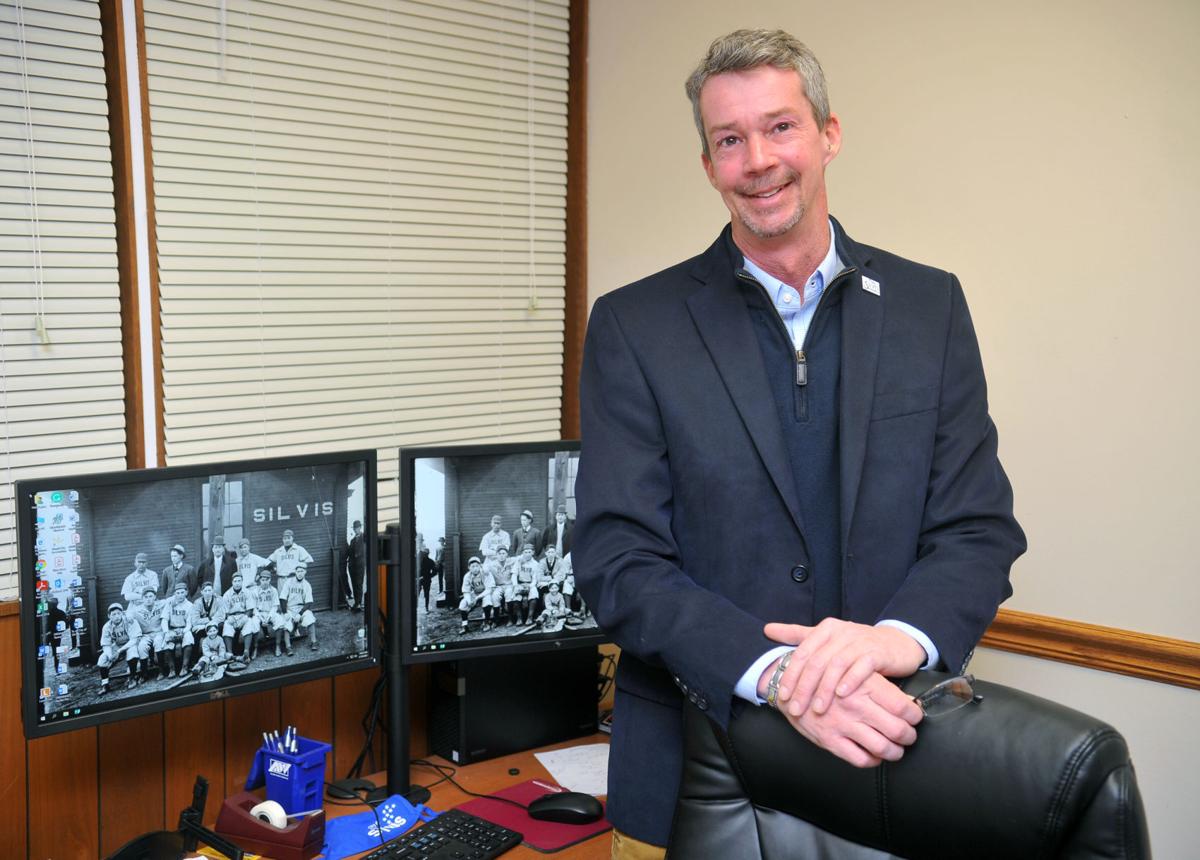 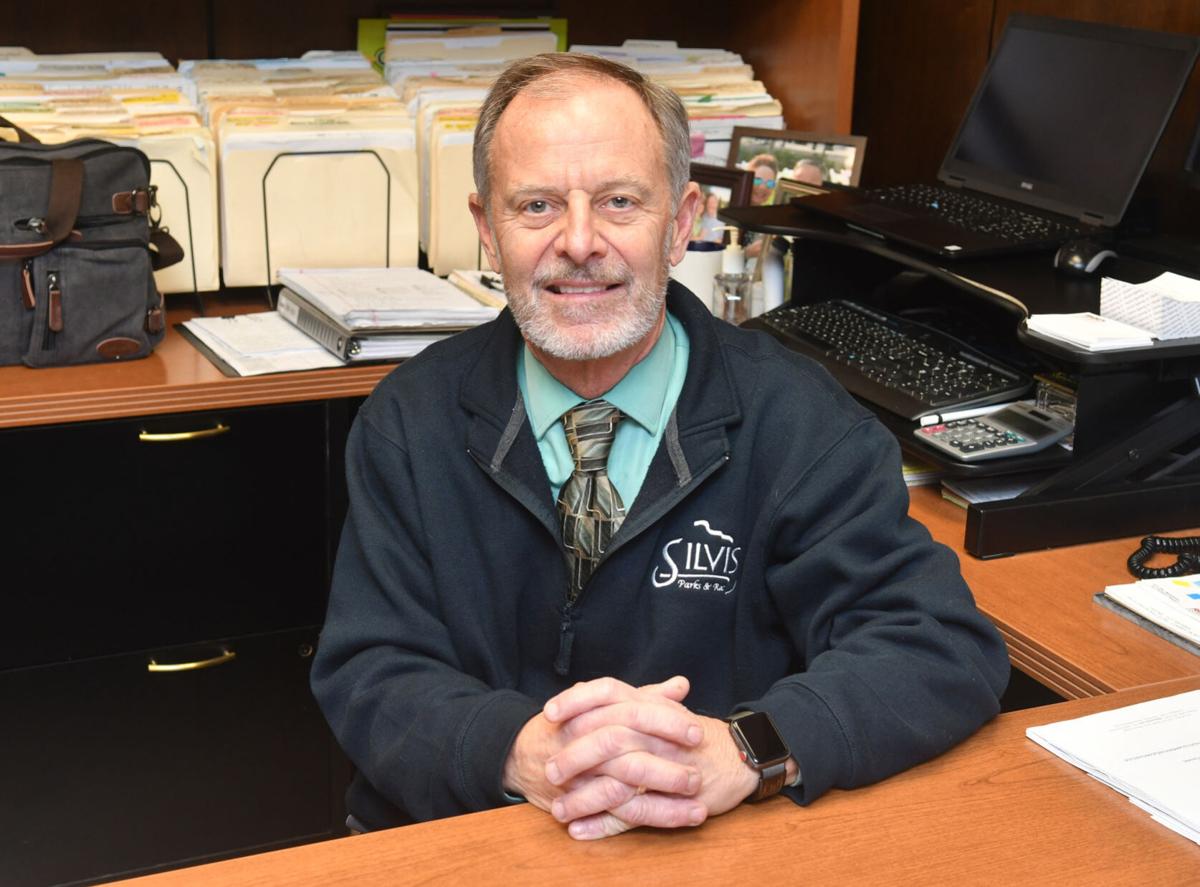 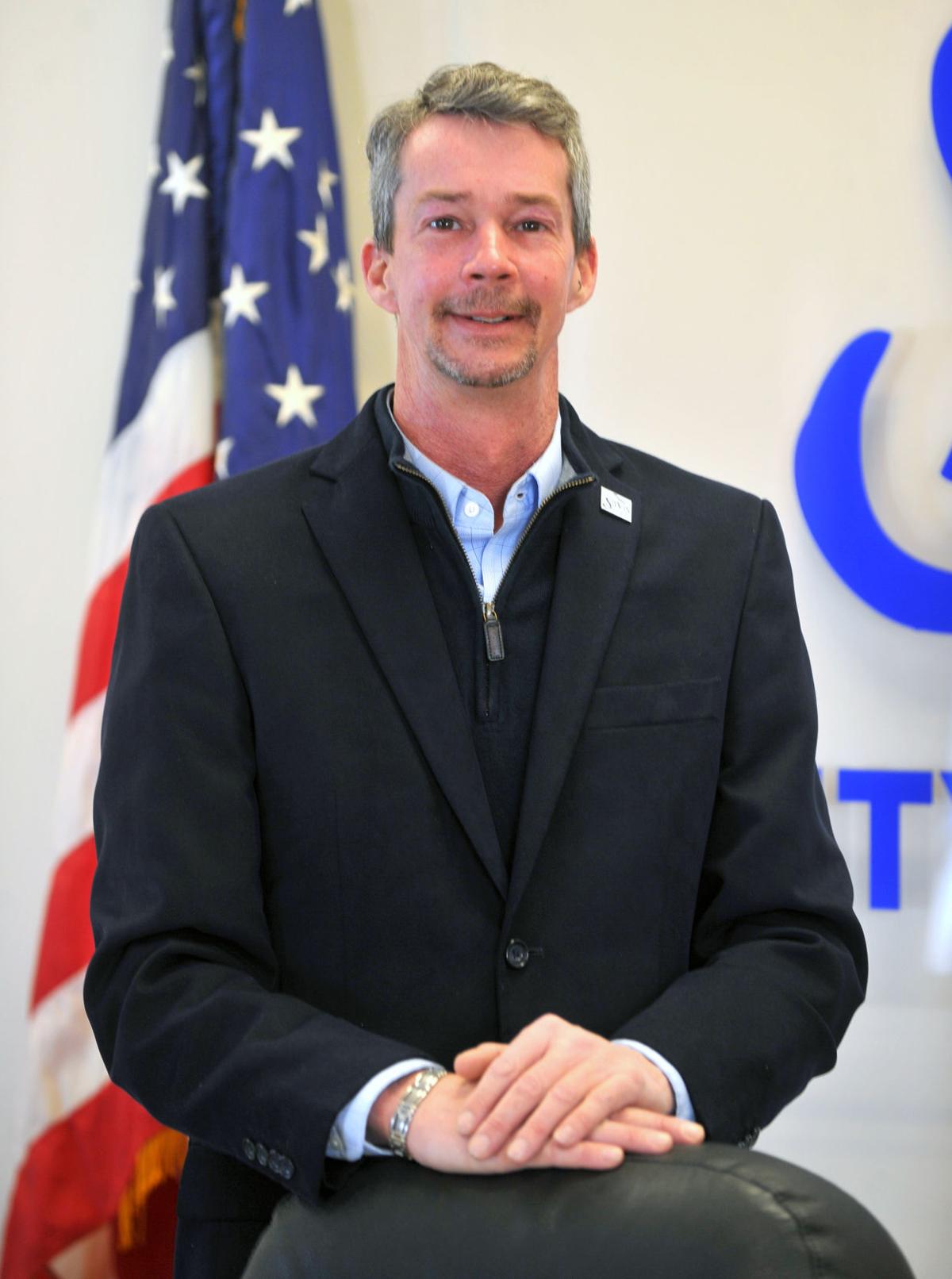 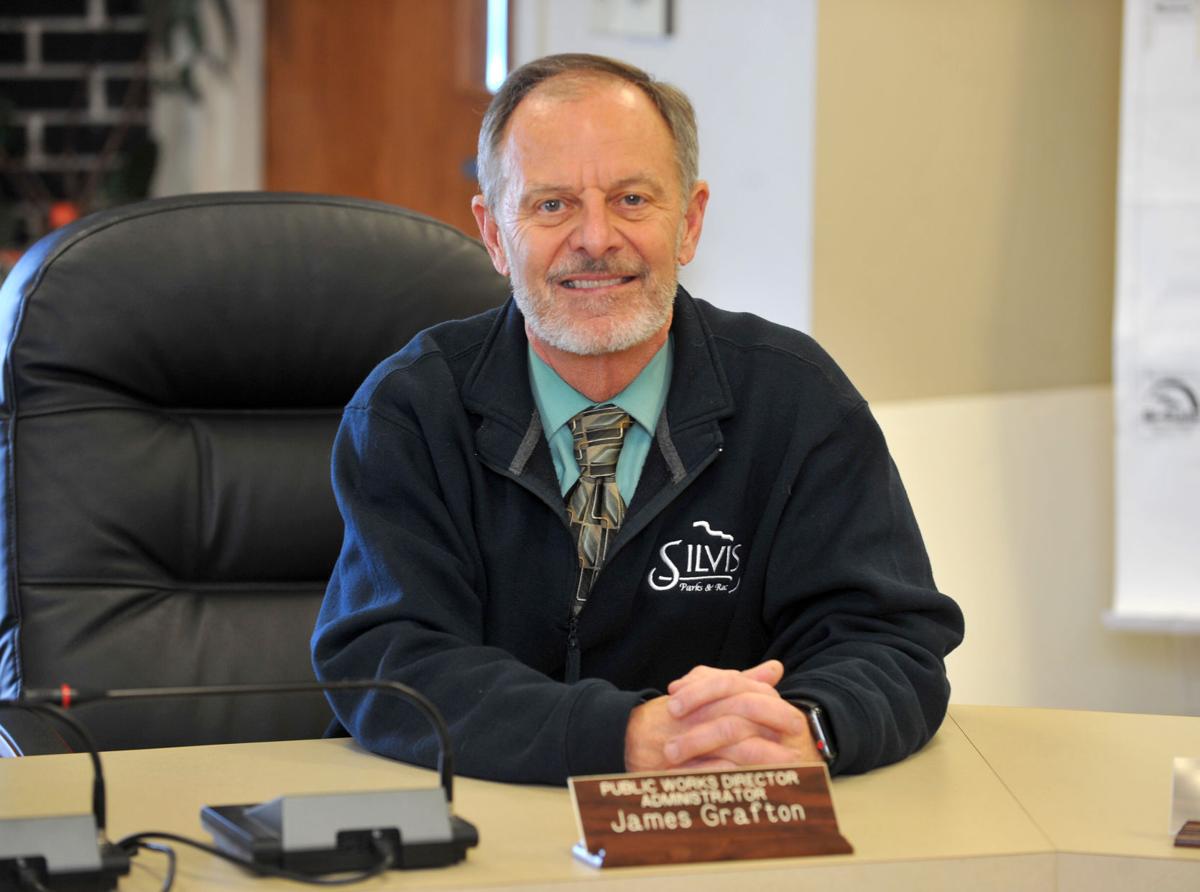 Tuesday's Democratic primary election for Silvis mayor will feature two public servants to the city: Current Mayor Matt Carter, who is running for reelection; and longtime City Administrator and Public Works Director Jim Grafton, who is ready to retire and take on a new role.

The winner of the primary election will go unchallenged in the April 6 municipal election.

Carter, 49, comes with plenty of civic experience. Before being elected mayor, he served 12 years on city council. He works full time as floor manager of Anchor Lumber in downtown Silvis, his employer for the past 33 years.

"I always had a yearning to serve my community," Carter said. "I did so by serving as a volunteer fireman for 25 years, and along that journey I felt I wanted to do more, and that’s how I landed in politics."

Carter said he was running for reelection because business owners, voters, friends and neighbors asked him to run for a second term.

"Secondly, Silvis is a great town with enormous opportunity, both in growth and quality of life, and I would like to play a small part in its success," he said. "Being mayor, you deal with a very broad scope of issues, kind of like 'expert of all, master of none.' "

As mayor, Carter made communicating with residents a focus. He created the Silvis News, which is mailed quarterly with the water bill. Carter said team building was essential, so he worked to make the roles of mayor and aldermen on the same level.

"Great ideas can come about if we all see eye-to-eye," he said. "I was an alderman for 12 years prior, and I know what is like when you have a mayor that believes he’s above everyone else. I made a concentrated effort to break down those barriers so our city leaders can do their job with fewer barriers than I experienced in the past. Sometimes you just have to get out of the way, keep your mouth shut and let people do their job. It’s hard for some, but I’m not a micromanager. I have resisted any opportunity to micromanage departments or committees."

Carter said two of his strengths were his ability to get things done in a timely manner and his strong business sense.

"I consider myself a humanitarian, and (am) compassionate towards others. The city isn’t about numbers, dollars, development deals ... it’s about people. I believe I have a strong skill to listen. I work well under pressure and love to multitask."

If reelected, Carter said a priority will be to separate the duties of city administrator and public works director into two positions. He said the city has experienced so much growth in recent years that the responsibilities are too much for one person to handle.

Another priority would be addressing the hardness of Silvis' well water. Carter said it's time to explore partnerships with neighboring municipalities for water service or other solutions to improve water quality.

Carter would like to continue with development in the downtown, provide affordable housing, assist police with citizen patrols and enhanced neighborhood watch programs, and provide stronger citizen engagement with technology such as City APP.

"Being mayor has been an enriching, rewarding opportunity, and I'm deeply indebted to the residents for giving me the chance," Carter said. "It's the only job I know in which you don't have ultimate authority over anything, but you're ultimately responsible for everything."

Grafton, 62, plans to retire March 19, on his 20-year anniversary of being public works director and city administrator of Silvis. He also served three years as 4th Ward Alderman before his employment with the city.

As Grafton was recovering from open-heart surgery three years ago, he said he was inspired to run for mayor when he realized he wanted to continue to serve the citizens of Silvis in another role.

"As mayor, I could continue to lead our city and stay involved with the many projects underway," Grafton said. "Previous mayors and citizens encouraged me to run, and that planted the seed for me."

His achievements as city administrator and public works director are many: 651 new home units, 59 new businesses, 52 façade programs, three new parks, City Hall consolidation, construction of two fire stations and a police station, a new public works building, two new wells and annexation of 185 acres — all while building up city reserves and paying off all short-term loans. To top it all off, the city has given out $5.1 million in grants.

"We've been able to increase our tax base three times from what it was when I started and holding the line on our city tax rate to what it was 25 years ago," Grafton said. "What gives me the most satisfaction is the reputation we have built that the city of Silvis is a well-respected leader in the Quad-City region."

Grafton said he had the leadership skills necessary to be mayor.

"It is important to stay visible, involved and available in the role of mayor," he said. "Over the years I have built many solid relationships with other city leaders, attended the important meetings and solved the many problems. I can continue to provide the leadership to maintain our focus on residential development and quality-of-life issues.

"A solid understanding of the financial picture is a must to run any city, and I have shown how we can make infrastructure improvements, grow our tax base and build our reserves and attract new business. Our city is running well as we have survived some tough times especially over this past year. The next step would be to help bring unity to our Quad-City region. As mayor, I would have more influence with other leaders to focus on working together."

If elected, Grafton said he has three main goals for the next four years for Silvis: Construction of an affordable and functional event center; a museum that would highlight the story of Hero Street, the Rock Island Lines and the stories of Silvis; and a renovation of the sports complex next to the United Township High School soccer fields.

"There are many other projects like the constant stream of small businesses and expansion of existing developments as well," he said. "I feel strongly that we have to maintain our top-notch services and avoid passing on costs and fees to all our residents.

"We've made it work for several years, and I plan to continue with that mission."

Matt Carter clearly enjoys the job of being Silvis mayor. And though he submitted his paperwork back in November, this week he officially anno…

Joe Terronez, 91, was a man who not only knew history when he saw it, but a man who made some himself.

Terronez, the first Hispanic mayor in the state of Illinois, died Jan. 2 in the home he and his father built in Silvis in 1949.

Silvis mayor: Some city tax incentives are too 'sweet'

An amendment to a development agreement, approval of another one and approval of a tax levy all passed unanimously at Tuesday’s Silvis City Council.

The Tax Levy Ordinance for Fiscal Year ending April 30, 2021 calls for the same rate that Silvis has had for the past 25 years, city administrator, Jim Grafton said. “The advantage we have is that the value of our city has increased over 300%, so we are collecting the same percentage but we just have more taxpayers.”

A fourth amendment to the development agreement with the Weber Auto Group was also approved.Weber has built a huge service area that greets motorists as they enter Silvis from the west from East Moline.

Silvis Mayor Matt Carter received about 63% of the vote in Tuesday's primary race.