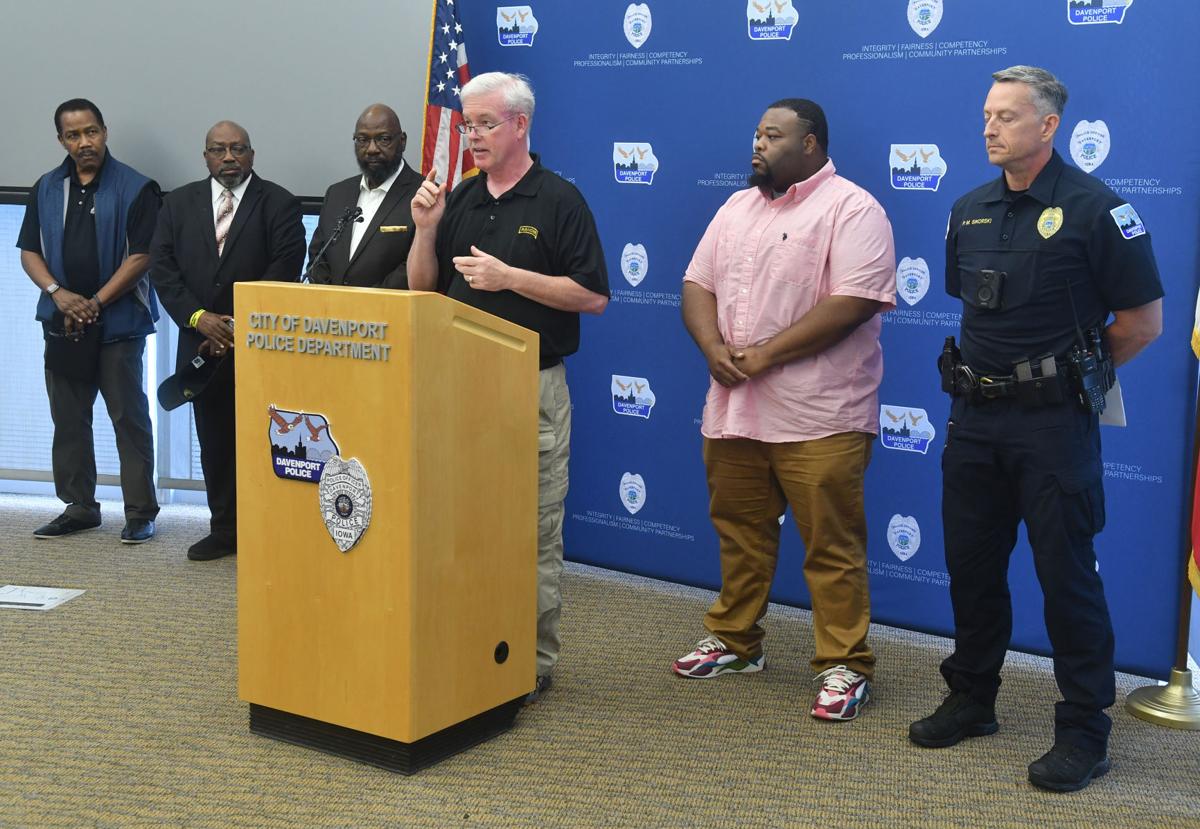 Mayor Mike Matson, at the podium along with police Chief Paul Sikorski and representatives from NAACP and Davenport Peace, speaks at a news conference earlier this month at the Davenport Police Community Room to address the shots fired incident at the Redstone parking ramp over the weekend. 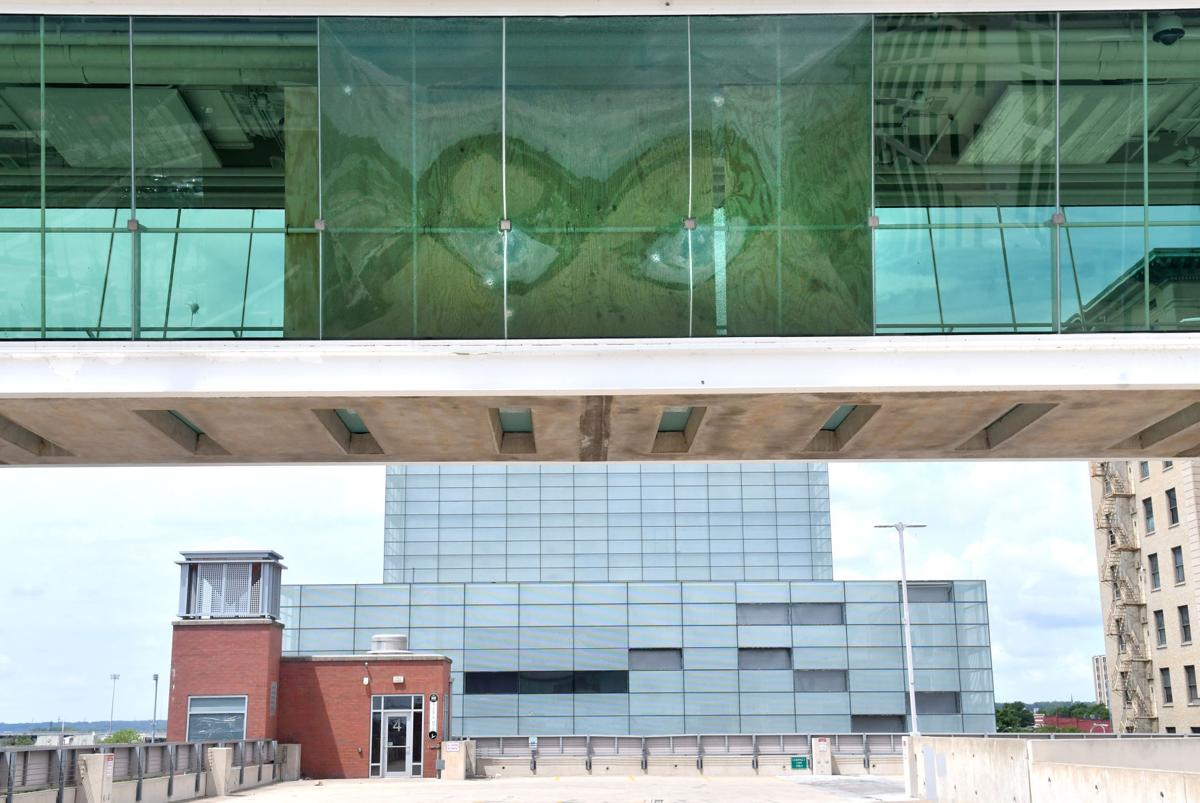 Windows shot out with damage at the Figge Art Museum and the Skybridge after a early morning shooting Sunday. 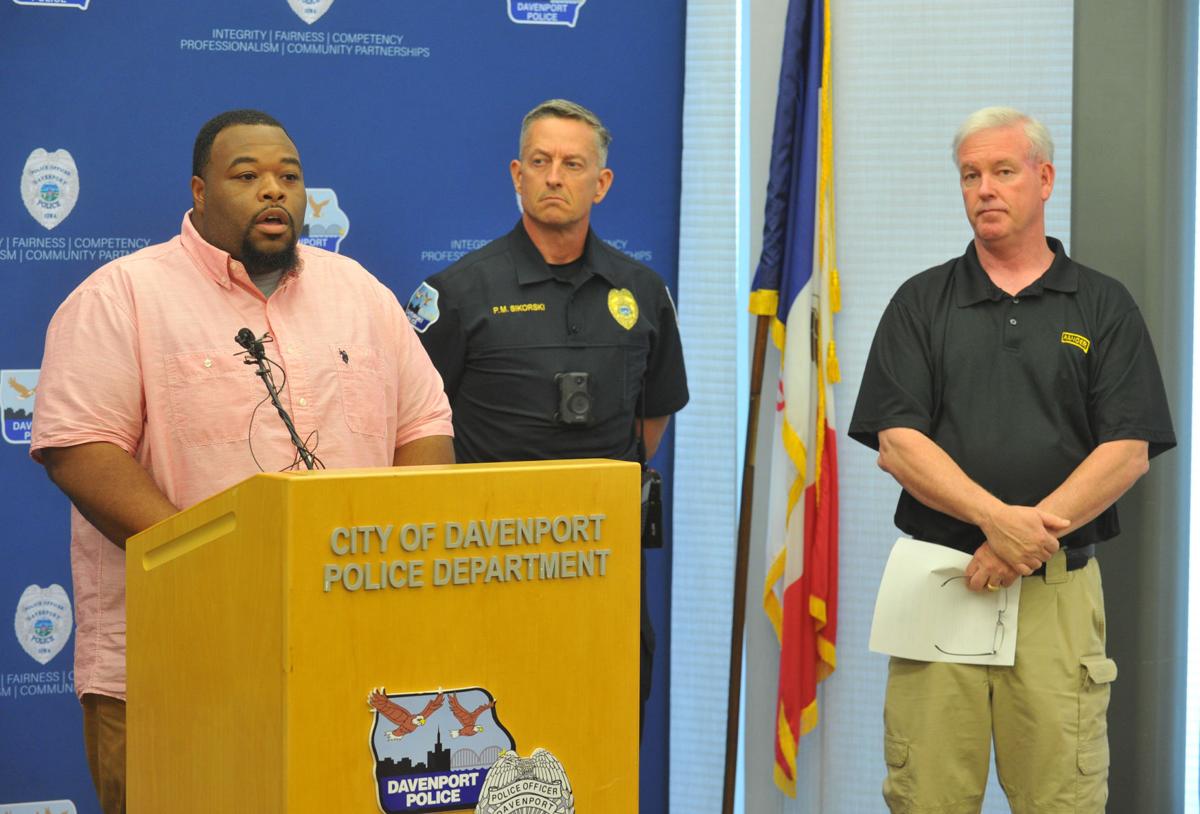 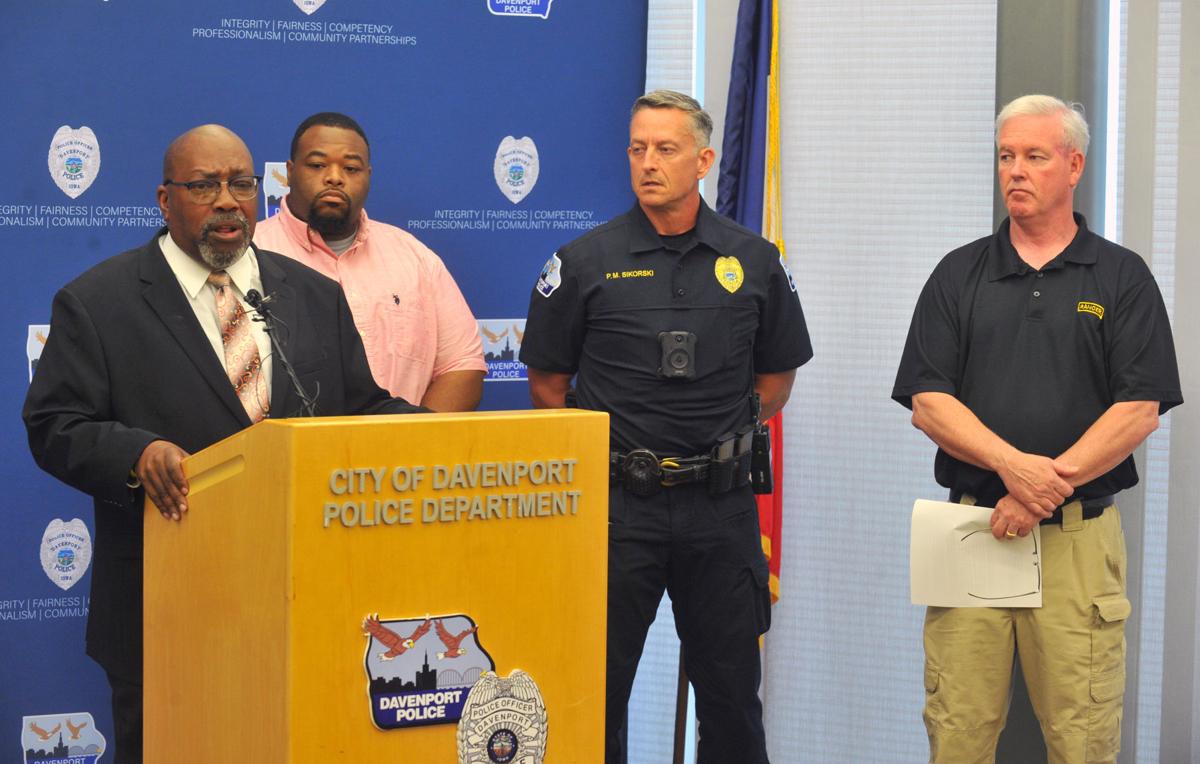 The request came a day

after Davenport police recovered nearly 80 spent casings of different calibers from an early morning shooting on the top floor of the Redstone Parking Ramp, 129 N. Main Street, that damaged the Skybridge and the Figge Art Museum.

"We are asking for addition personnel to come here," Matson said in an interview. "The specific details are being worked out."

Matson said he spoke with Reynolds about the possibility of sending personnel from the Iowa Division of Criminal Investigation to provide technical assistance to aid with forensic examinations and investigations tied to an increase in violent crime and gunfire. Matson said he also spoke with Reynolds about reassigning state troopers to help patrol state highways within the city, which include Brady and Harrison streets.

"Again, the specifics are being worked out, but the governor was very supportive when I talked with her," Matson said.

Pat Garrett, spokesman for the governor's office, said Reynolds has instructed the Department of Public safety to work with the Davenport Police Department "to provide any additional assistance or resources as needed." He did not elaborate.

Matson, Davenport Police Chief Paul Sikorski and representatives from the NAACP and Davenport Peace held a news conference at 4 p.m. Monday at the Davenport Police Department, 416 North Harrison St., to release security camera footage of and address the shots fired incident at the Redstone Ramp over the weekend.

In comparison, Cedar Rapids had 163 verified shots fired incidents in 2020, according to police department data.

Matson said city officials have had discussions with staff for Grassley and Ernst requesting "technical and analytical" assistance from the U.S. Bureau of Alcohol, Tobacco, Firearms and Explosives.

A law enforcement arm of the Department of Justice, the ATF partners with law enforcement and public safety agencies to protect communities from violent criminals, criminal organizations and the illegal use and trafficking of firearms.

"We’ve had those discussions, we’re just pushing them hard on that, and, again, very supportive," Matson said of staff for Grassley and Ernst. "I’m hoping to get help very soon."

A representatives for Grassley said staff was working to scheduled a meeting with Davenport city officials for Tuesday to discuss additional assistance from the ATF.

"Senator Grassley has said that gun crimes cannot be tolerated in our communities, and it’s critical that gun laws on the books be enforced at all levels of government," a spokesman said in a statement.

A representative for Ernst said the senator and her staff "look forward to continued discussion with the mayor’s office about ways to address these issues and to curb crime and violence in our communities."

Matson added city officials have discussed "making some changes pretty quickly and adjust some (policing) strategies" to address the increase in gun violence, but was not willing to say what those strategies might be as they've yet to be finalized.

The city as well, Matson said, is looking to add officers to its ranks and is "in a continuous recruiting process."

"We’re talking about how we can recruit more," he said.

The tax levy has been capped at $8.10 per $1,000 in valuation since the late 1980s, according to city officials, while Iowa's urban areas have grown in population and geography, necessitating more public safety resources to protect a larger community.

Matson on Monday reiterated the city's call for the Iowa Legislature "to give us the authority to ask the public" whether its willing to pay more in property taxes to provide additional resources dedicated to reducing crime.

"If any legislators doesn’t know what is going on here, I would encourage them to please come meet with me, and I would meet with any of them," Matson said. "I’m trying to use every tool possible and every resource possible to help us."

Ten exterior glass panels at the Figge Art Museum downtown Davenport were shot out early Sunday, but the bullets did not breach the building.

An early morning shooting Sunday on the top floor of the Redstone Parking Ramp, 129 N. Main Street, damaged the Skybridge and the Figge Art Mu…

Davenport Police: It's 'fortunate' no one died in parking ramp shooting

Davenport Police say it's "fortunate" no one was killed in the shooting on a downtown parking ramp deck Sunday. Those at the scene refuse to work with police, Chief Paul Sikorski says, so he needs the public's help identifying those involved.

Davenport school officials say the district has not had physical violence, attempts at gang recruitment, or other incidents on school grounds directly related to the surge in violence in the city.

Davenport Mayor Mike Matson’s violence prevention task force met for the first time Monday afternoon. The meeting was not open to the public. As city officials and community leaders work to gather information, assess and formulate recommendations to prevent and reduce an increase in violent crime, they will do so behind closed doors, Matson said.

Mayor Mike Matson, at the podium along with police Chief Paul Sikorski and representatives from NAACP and Davenport Peace, speaks at a news conference earlier this month at the Davenport Police Community Room to address the shots fired incident at the Redstone parking ramp over the weekend.

Windows shot out with damage at the Figge Art Museum and the Skybridge after a early morning shooting Sunday. 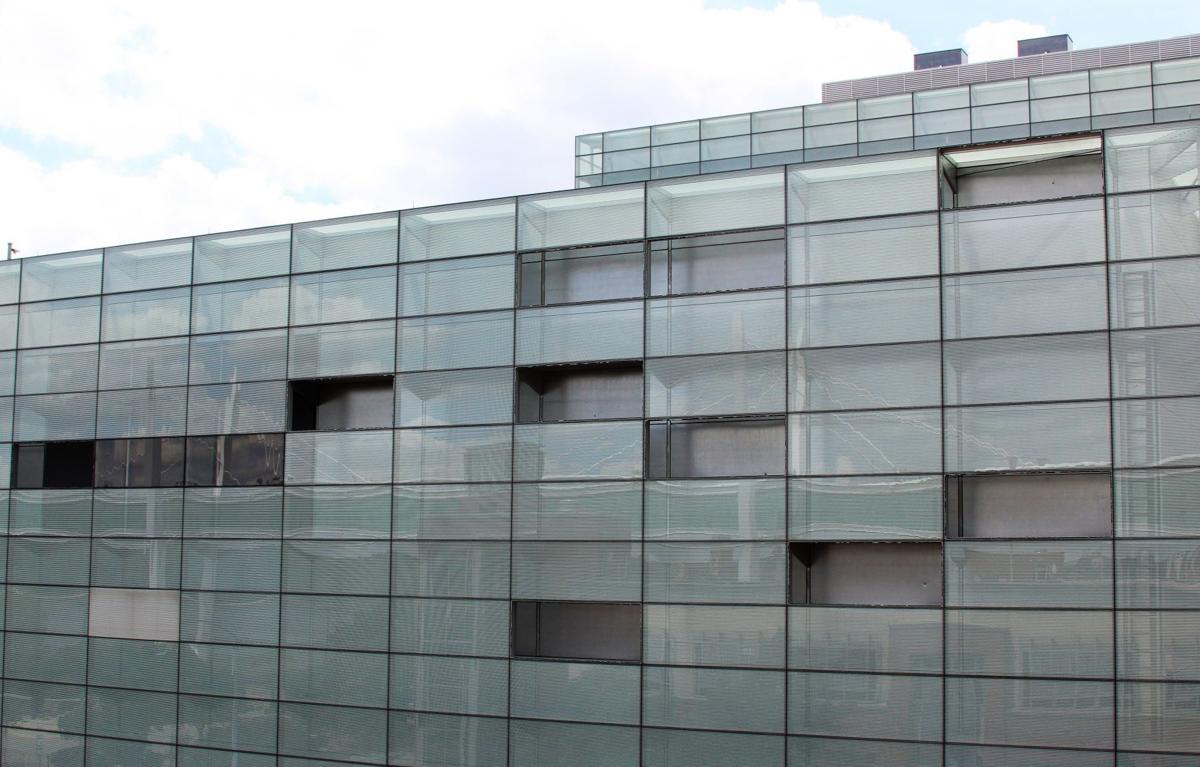 Ten windows on the east side of the Figge Art Museum were damaged by gunfire early Sunday when gunfire was reported on the top floor of the Redstone Parking Ramp in downtown Davenport. The Skybridge also was struck and is closed until three windows can be repaired. 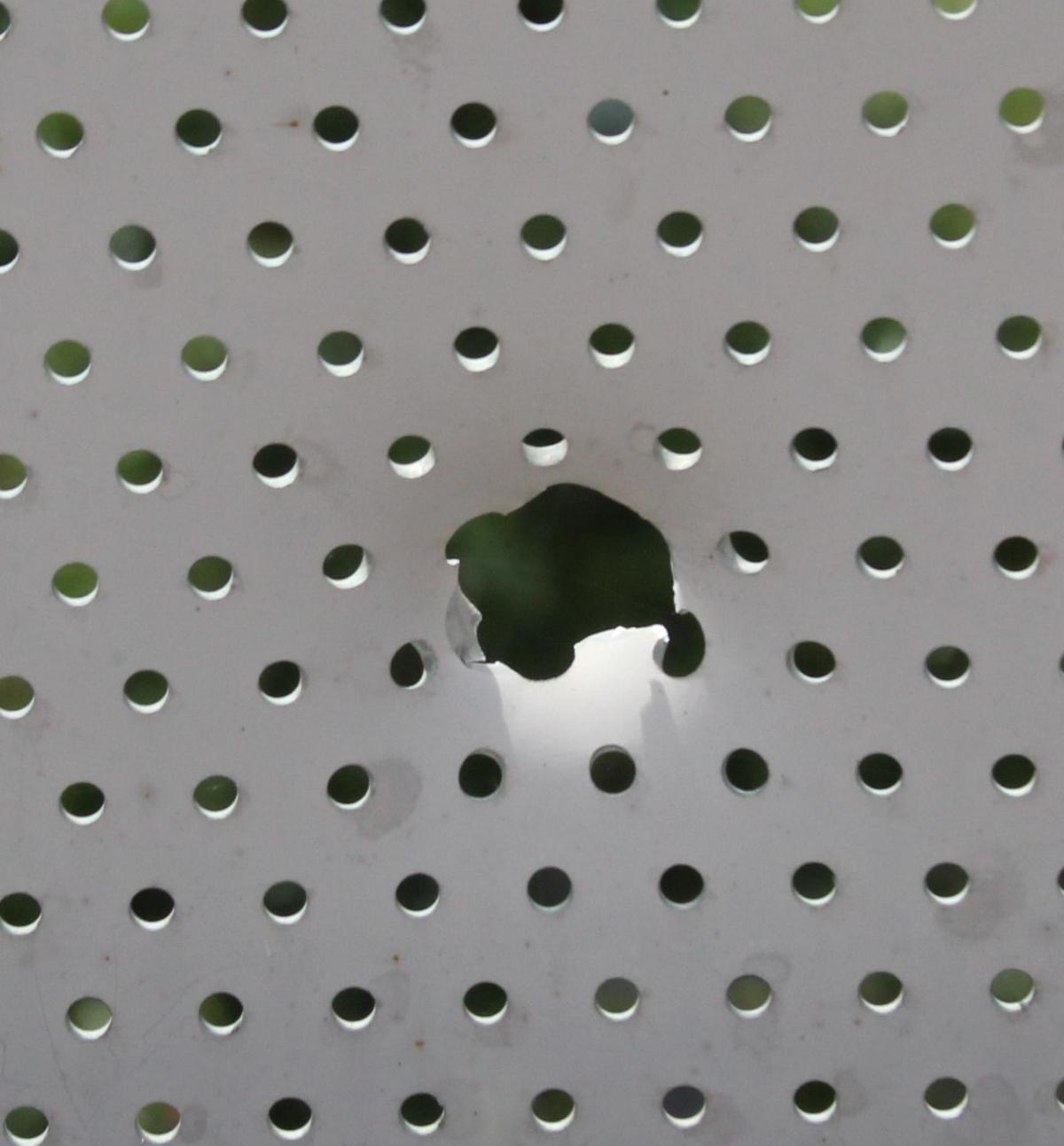 A bullet pierced the screen on the west side of the top floor of the Redstone Park Ramp early Saturday. Police recovered nearly 80 shell casings while 10 windows at the Figge Art Museum were damaged as were three on the Davenport Skybridge. 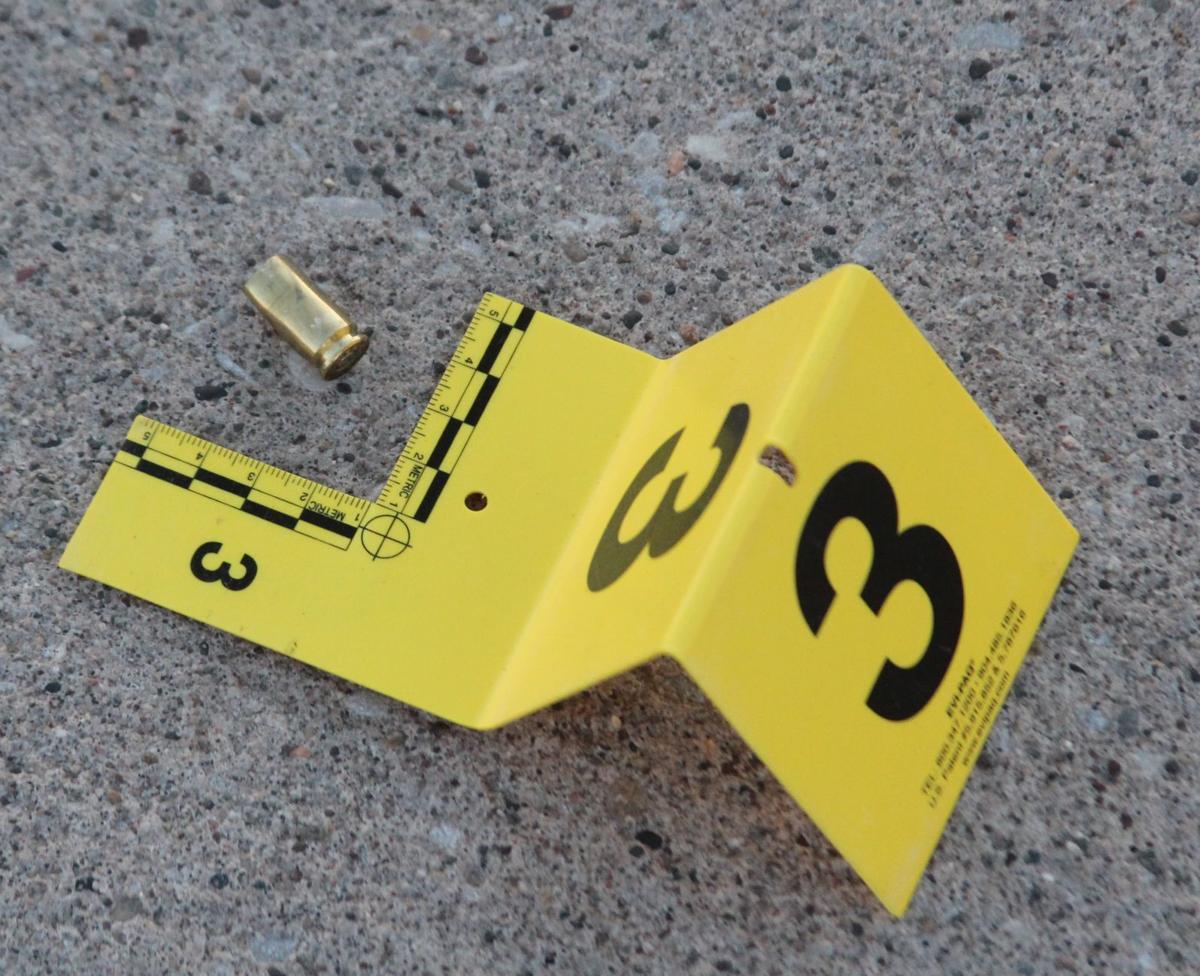 One of three shell casings recovered Saturday after a shooting incident in the 700 block of Beiderbecke Drive in Davenport. The roadway runs through Centennial Park. The scene is just west of Modern Woodmen Park.