Grace Lynn Keller, 22, of Island Lake, Illinois, was crowned Miss Iowa 2021 Saturday night to wrap up the competition held this weekend at the Adler Theatre in Davenport.

Keller, Miss Eastern Iowa, is the daughter of Steve and Karen Keller. She attended the University of Iowa, earning a bachelor’s degree in journalism and mass communication. Her talent is contemporary dance. Her social impact is Read to Succeed: Promoting Literacy in Grades K-3.

Keller will represent Iowa in the 100th Miss America Pageant in December at Mohegan Sun Casino in Uncasville, Connecticut.

Leach, who is Miss Cedar Valley’s Outstanding Teen, is the daughter of Paula Leach and James Leach. She attends Pella High School. Her talent is musical theater vocal. Her social impact initiative is Light the Load for Families in Poverty.

Leach will represent Iowa at the Miss America’s Outstanding Teen Competition that will be held July 27-30 at Linda Chapin Theater in Orlando, Florida.

Engineers create device that can levitate objects with sounds.

Engineers create device that can levitate objects with sounds.

Quad-City nursing homes fined nearly $80,000 for the choking death of a resident and the neglect of others

Three local nursing homes have been cited by the Illinois Department of Public Health and fined a total of $79,400 related to the abuse and ne… 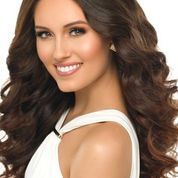 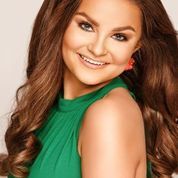