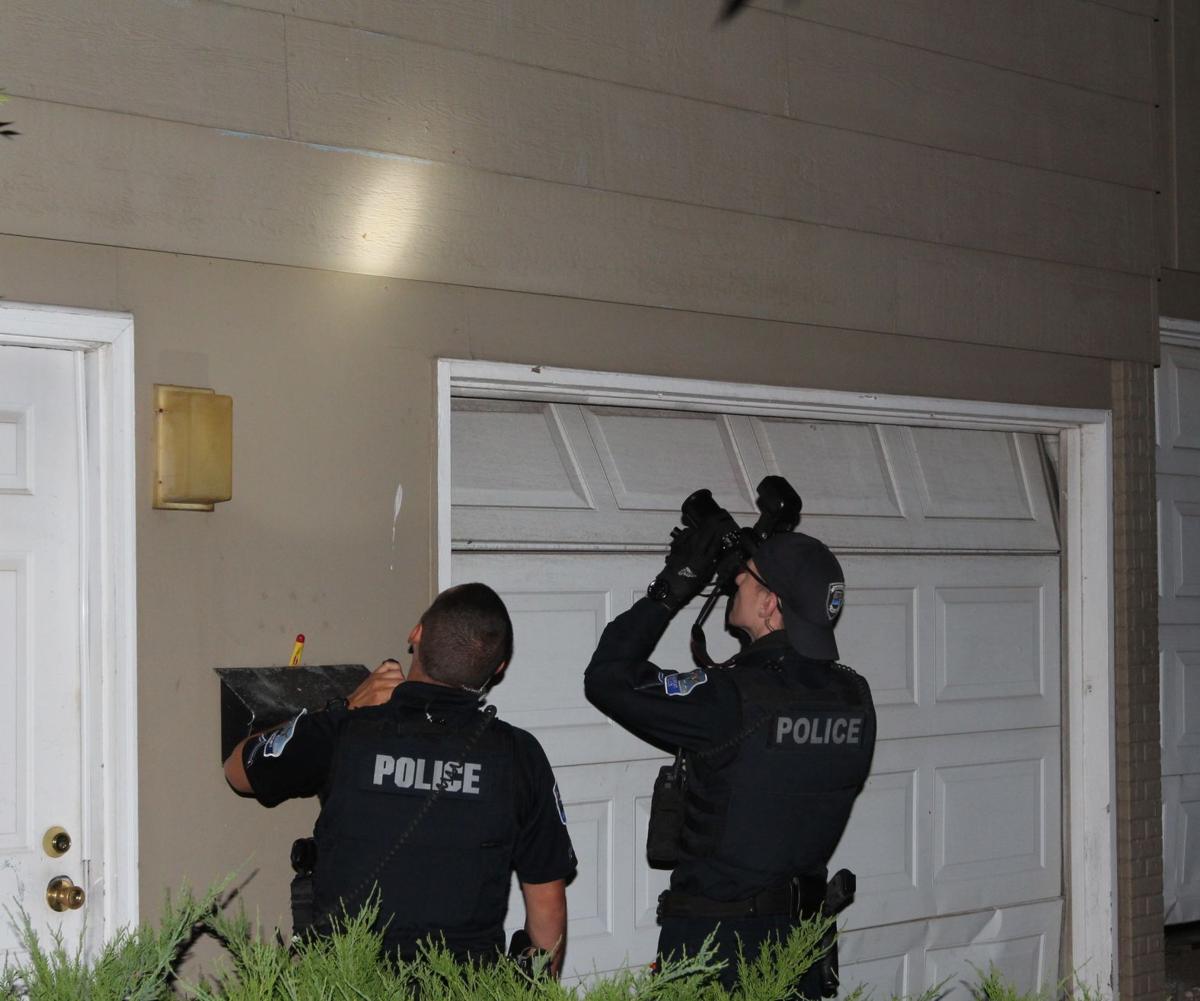 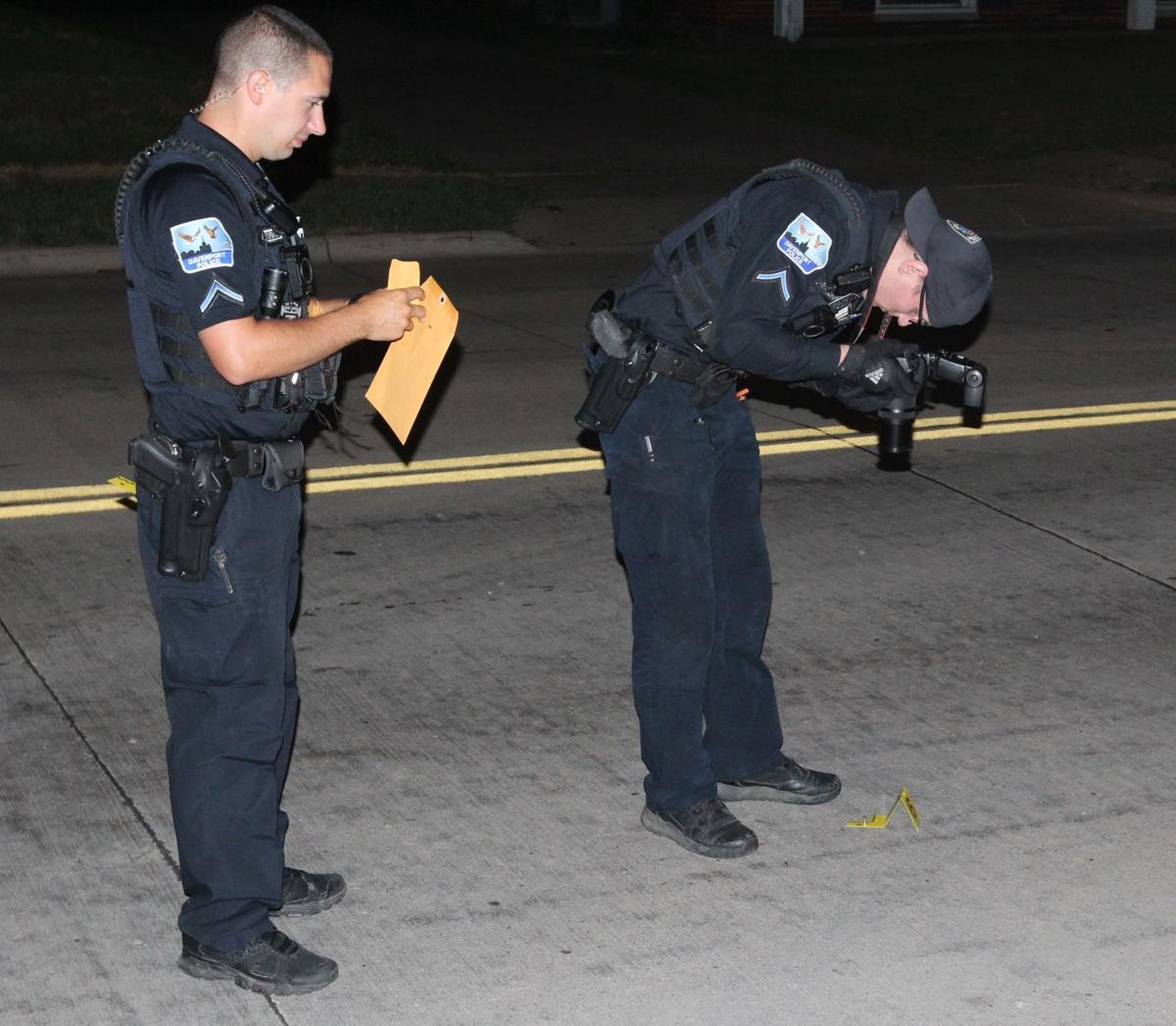 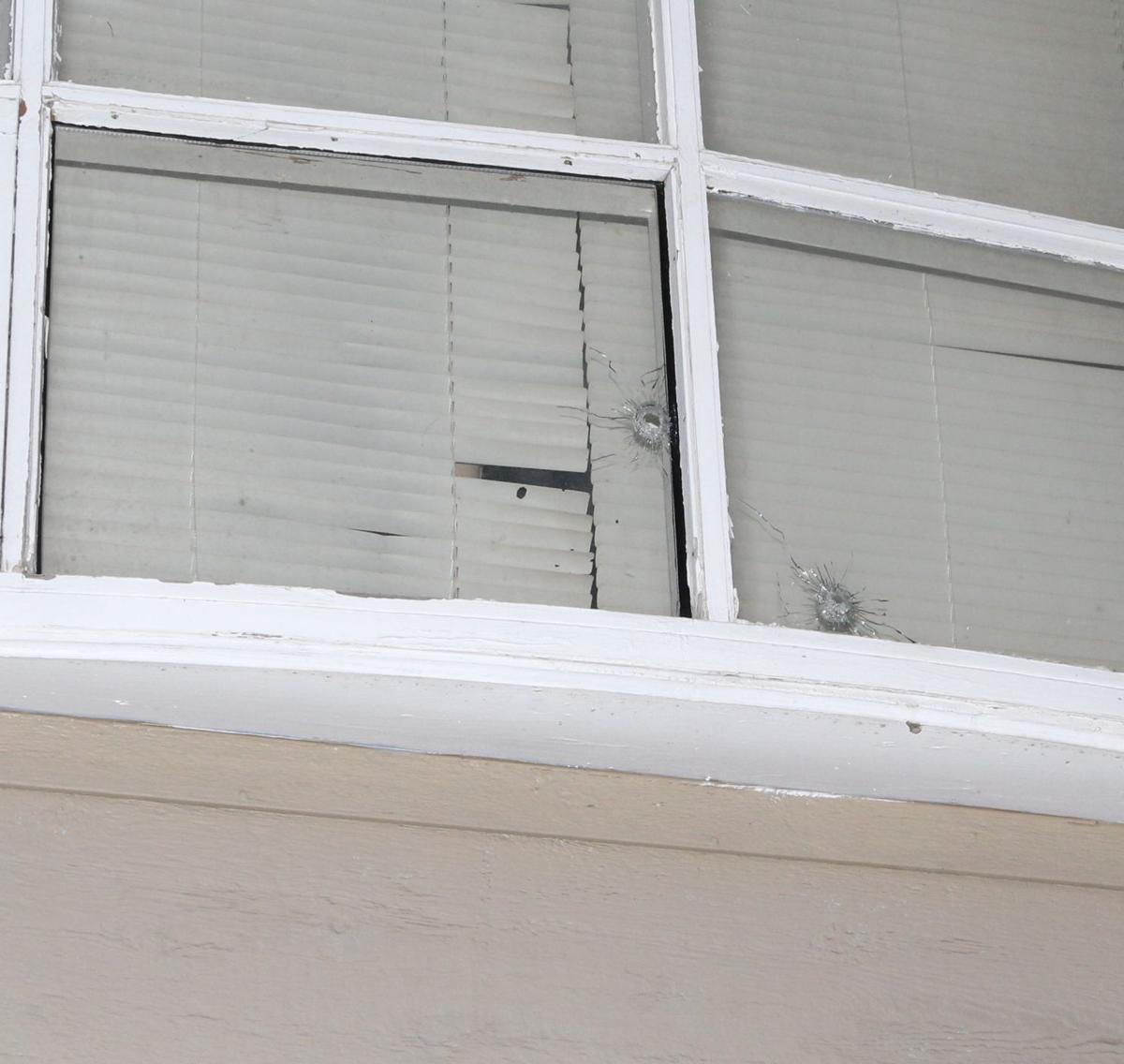 Bullet holes can be seen in the second-story windows of this apartment unit in the 100 block of West 35th Street. Police responded to the area at 10:54 p.m. Thursday for a report of shots fired. Bullets entered two apartment units in the building. No injuries were reported.

While the shooting death of Jeramie Shorter at the funeral of his 8-year-old son dominated the local headlines last weekend, Davenport Police are investigating at least nine other reports of gunfire in the 10-day span that started July 29.

Friday was just 29 minutes old when police were called to the area of 3700 W. Locust St., where investigators found a trailer home in Ted’s Mobile Home Park had been hit by gunfire.

The busy night started at 10:54 p.m. Thursday, when police were called to an incident at West 14th and Vine as well as a report of shots in the 100 block of West 35th Street.

Investigators determined numerous shots were fired into an apartment building at the scene on West 35th.

Davenport Police have not said if any of the incidents over the past 10 days are in any way related. No law enforcement official has said why a man would shoot a father attending the funeral of his son.

Davenport Police did not respond to a request for additional information on Friday.

And while the police have never publicly tied any of the gunfire to gang activity, one Davenport alderman did.

“In this city we are battling gang activity, criminal activity, and juvenile criminal activity all the time,” Ward 4 Alderman Ray Ambrose said. “Nobody besides our police department seems to be too concerned with the victims of these crimes, the people who have to live in these neighborhoods.”

At roughly 1:51 a.m. Saturday, Aug. 1 Davenport Police also responded to a report of shots fired in the area of 6300 Western Ave. Officers located fired cartridge cases and found one house in the 500 block of W. 61st damaged by gunfire.

Thirty-nine minutes later, at 2:30 a.m. Saturday, Davenport Police responded to a report of shots fired in the area of 800 Oneida Ave. Officers located fired cartridge cases. No injuries or damage was reported.

At roughly 4:27 p.m. Friday July 31 Davenport Police responded to a report of shots fired in the area of 1200 Perry Street. Witnesses described two vehicles exchanging gunfire near the intersection of 12th and Perry Street. Officers located fired cartridge cases and one of the vehicles involved in the incident. Police are looking for information on a second involved vehicle, described as a red Ford SUV.

One hour and 20 minutes after the first shots-fired call on Friday, July 31, Davenport Police responded to a report of gunfire in the area of 2200 West 46th Street. Officers arrived on scene and located a man with gunshot injuries.

Witnesses described someone in a dark SUV shooting at the victim, who was standing in a yard. The victim was treated on scene and transported to Genesis Medical Center with non-life threatening injuries, police said.

Several residents along the stretch of Brown between 13th and 14th watched the investigators. Six of them declined to comment on what transpired on the block.

Ambrose said people are talking to him about the gunfire.

“Not a day goes by that I don’t have people calling me up. They are the people victimized by these crimes,” Ambrose said. “I tell them we have a great police department doing the best it can. Our court system is broken. No one is being held accountable for these crimes and these criminals are out on our streets.”

Jamie Shorter sobbed Wednesday as he held his cell phone and tried to talk about the horror he saw on the first day of August.

Watch Now: Quad City Arts’ Art at the Airport presents “A Trip Back in Time”

Bullet holes can be seen in the second-story windows of this apartment unit in the 100 block of West 35th Street. Police responded to the area at 10:54 p.m. Thursday for a report of shots fired. Bullets entered two apartment units in the building. No injuries were reported.