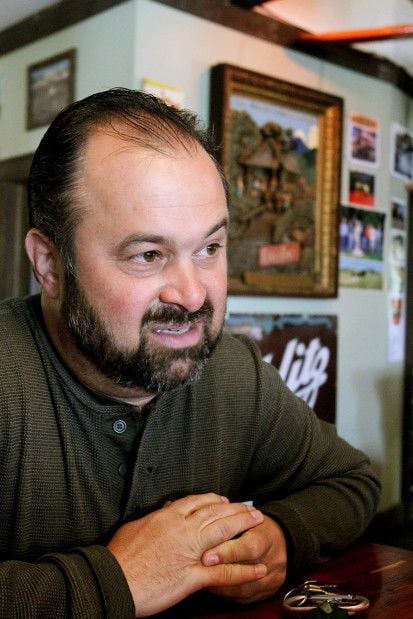 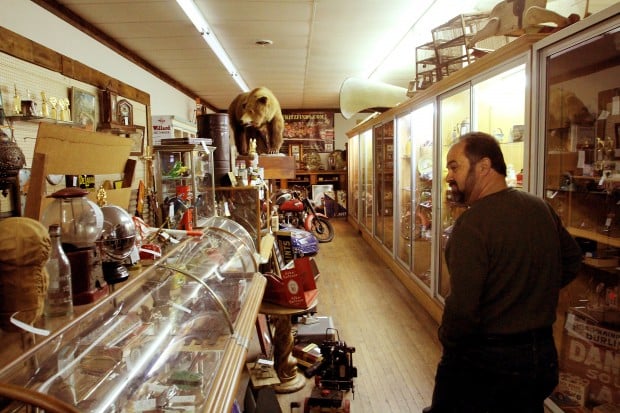 Frank Fritz talks about the changes in the business of picking. “Things that used to be rare aren’t rare anymore. Bicycles that use to sell for $800 now sell for $300,” he said, walking through his Savanna, Ill., store. 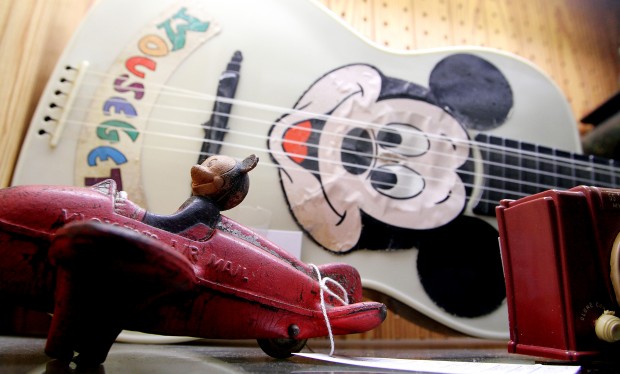 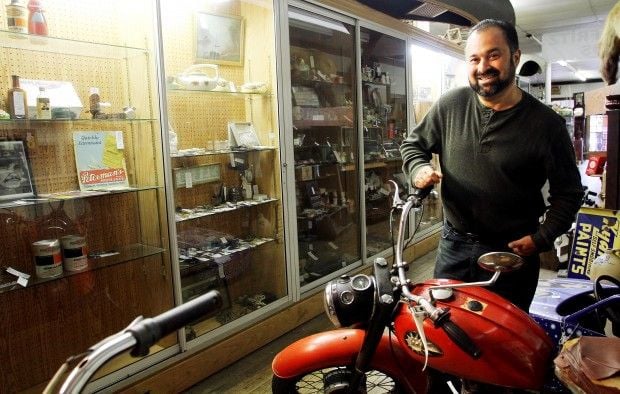 "American Pickers" star Frank Fritz is a longtime motorcycle enthusiast and will be a grand marshal for Sunday's Toys for Tots Motorcycle Run. 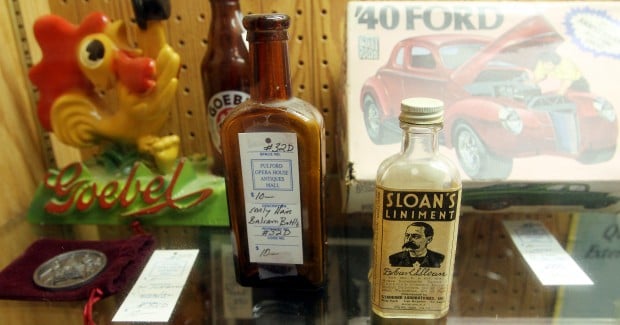 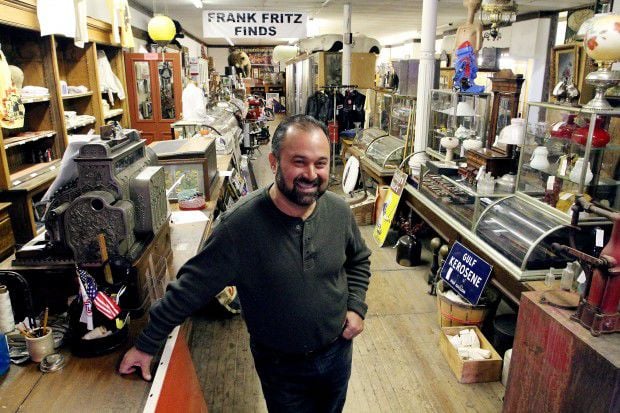 “I’m happy with buying something, making a little money, then, passing it on so others can enjoy it,” says Frank Fritz. 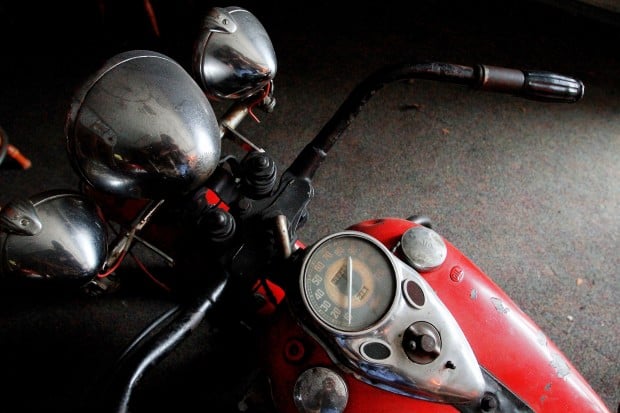 Motorcycles are a passion for Frank Fritz. 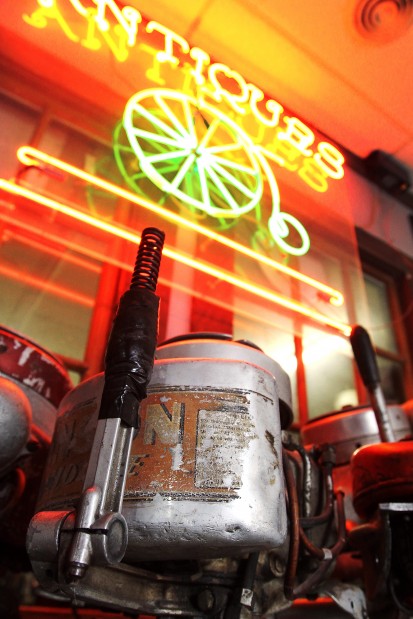 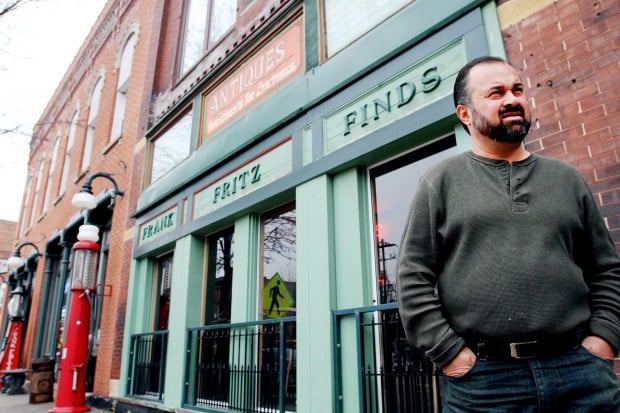 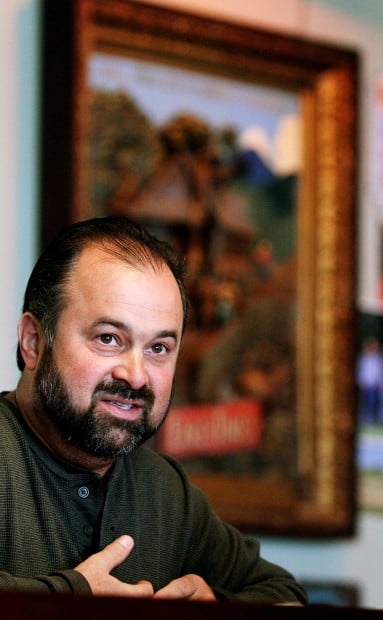 Lifelong Davenport resident Frank Fritz, half of the "American Pickers," talks about his shop, Frank Fritz Finds, in Savanna, Ill.

Make no mistake: Half of the "American Pickers" is from Davenport, Iowa — born and raised.

When Frank Fritz is away from his hometown, digging in barns for the History Channel, he regularly gets star treatment.

"We'll pull into some small towns, and there will be a couple hundred people waiting for us, because somebody leaked that we were coming," Fritz said. "I haven't gotten used to the autographs. I'm just a guy from Davenport. I was born at St. Luke's Hospital (now Genesis). I still drive my car. I still live in my house. I'm still in the phone book."

But it would seem the celebrity that has accompanied his starring role on "American Pickers" has been overlooked by his hometown.

"It feels like my city has pretty much turned its back on me," the 49-year-old said. "The Quad-Cities has a few people who have done something special. Look at (Living Lands & Waters') Chad Pregracke. I went to his premier at the Adler when his pilot episode aired (the show was not picked up). I was happy to promote him. I like to help people.

"But no one in Davenport ever asks."

Fritz acknowledges part of the oversight has to do with a misunderstanding about who he is. On "American Pickers," Fritz and co-star Mike Wolfe are portrayed as a pair of pickers with a home base in LeClaire. In fact, many scenes from the show include shots at Antique Archaeology in LeClaire.

But a quick search of the Web quickly reveals the truth: Fritz has nothing to do with Antique Archaeology or LeClaire. The service-garage-turned-antique-shop belongs solely to Wolfe, and it always has. When Wolfe expanded Antique Archaeology to a rambling warehouse in Nashville a couple of years ago, he did so without his on-air partner.

And now Fritz is launching his own expansion.

"I couldn't open a place in Davenport, because it's too close to LeClaire," he said.

Instead, he is settling in with a longtime friend who owns several old buildings, occupying nearly an entire city block, in Savanna, Ill.

"This seemed like a good fit for me, because it's a motorcycle community," he said of the town about 60 miles up the Mississippi River from the Quad-Cities. "There's also a lot of people on their way to Galena (Ill.)."

During a two-hour tour of the former opera house, department store and social club that house Frank Fritz Finds, the so-called "Bearded Charmer" talked about the four seasons of "American Pickers," shared his hopes for Savanna and disclosed some behind-the-scenes truths about himself and his TV show.

Fritz and Jerry Gendreau have been friends for 30 years, and it made sense that the pair would go into business together.

Gendreau has several biker-related storefronts and the space to go with them, and Fritz has name recognition and inventory.

"You can come in here and get food, soda, a cocktail, hear some music and shop," Fritz said of the bar/restaurant/antique shops that begin at Savanna's Main and Madison streets. "You can buy things here that you've seen on the show. Probably 85 percent of my stuff here comes from the show, although not all of it was seen on the show."

Gendreau said the weekday "sleepiness" of the small town of about 3,000 people in Carroll County transforms into a hopping destination for motorcycles and antique hunters on the weekends, especially in the summer. It is not unusual, he said, to get 5,000 visitors in one good-weather weekend.

"Frank's show has given a whole new life to antiques," Gendreau said. "It's been real good on junk in general. And Frank, this guy really knows motorcycles. He has the knowledge."

When it comes to his picks, Fritz keeps a mental library of everything. He said he rarely buys anything substantial without first having a buyer in mind.

"I used to sell mostly on the Internet," he said. "I also have a Rolodex right here (tapping on the side of his head)."

He stores in his memory 25 years worth of information he has collected while buying and selling.

"You can pretty much ask me anything," he said. "The first year of the Barbie was 1959. G.I. Joe was 1961. I have a lot of these useless stats. That's one reason I like to talk to people and share all of this stuff. It's also the reason my prices are so good. Everybody can get in at my place, and you can take home a little piece of the show."

The seemingly unlimited amount of square feet in the Savanna stores gives Fritz all the space he needs to display his finds. The only challenge is getting the foot traffic of serious buyers and not just the bikers he connects with because of his passion for motorcycles.

"Savanna is like a mini-Sturgis," said Gendreau's wife, Vicki. "It's a nice little ride."

But bikers are not likely to make or break Frank Fritz Finds.

"They can't haul much on their bikes," Fritz said. "They buy some smalls, and they'll pick up T-shirts. There's definitely something for everybody here. What I want is to give people a decent deal and have them come back. I'm happy to make a little bit of money."

Reality TV has taken its share of criticism for, among other things, being less than real.

But Fritz said the most important part of his show, meeting people and picking their property, is straight up.

"The camera guys get there ahead of us, and they'll take a look around and get an idea of what's there," he said. "They'll call and say, 'This is great!' Or, they'll say, 'There's nothing here.' They're usually wrong.

"But when you see us walk into a barn or somebody's house, we are meeting those people for the first time."

As much as he loves the pursuit of junk, the real treasure for Fritz is getting to know strangers on the road.

"The best part is meeting the people," he said. "It's not the stuff. Believe it or not, not everybody has cable. A lot of the people have never seen the show."

The self-professed "facts man" has learned to mix his experience with his work ethic, which began with a 24-year stint at Per-Mar. Decades of moonlighting as a picker resulted in a clear understanding of what will sell and, as importantly, what won't.

"Repurposing is very popular right now," he said. "Remember the old Mr. Microwave Repair? Now people buy a microwave for 40 bucks and, when it dies, they throw it out. But I think that disposable society mentality can't last. The trend today is to repurpose — to find a use for the old. I think it's great."

With Fritz, conversations almost always manage to circle back to motorcycles. He sheepishly admitted to having not only a substantial collection of bikes but also thousands of motorcycle-related toys.

"I don't love stuff to death, though," he said. "I will part with motorcycles. If I've enjoyed stuff for a while, I'm willing to let it go down the road and let somebody else enjoy it."

For even a casual viewer of "American Pickers," it takes a few minutes to adjust to having Fritz's familiar mannerisms up close.

The tilt of the head, the talking with his hands and the lowering of his voice to near-gravel are as present in person as they are on the show.

And he said he is grateful to have kept his feet on the ground while his career has soared.

And that is one reason he laments the lack of involvement in his community: He wants to help promote his hometown before his fame fades.

Joe Taylor, executive director of the Quad-Cities Convention and Visitors Bureau, said he is sure no one meant to snub Fritz.

"From my perspective, I have been under the impression he and Mike are very, very busy," he said. "If the head of the Quad-Cities Convention and Visitors Bureau doesn't know Frank is available, who does? I also thought, because of the way the pickers are portrayed by the History Channel, that they are from LeClaire.

"I am going to personally reach out to Frank."

Davenport Mayor Bill Gluba said he is a fan of "American Pickers," but he also thought Fritz was from LeClaire.

"I vaguely recall someone telling me they thought he was from Davenport, but I guess I just believed what the show said, which is that they're both LeClaire guys," he said. "We thought his business was in LeClaire, and we don't want to steal from our neighbors. I'll reach out to him now."

Taylor also said he understands why Fritz chose a retail location for Frank Fritz Finds that is some distance from his hometown.

"Great River Road in Savanna is ideal for him," he said. "Savanna could be the next LeClaire."

Many in LeClaire are well aware what a popular cable TV show can do for a small town. In fact, merchants and their tourism group organized a summer event entirely around the "American Pickers" in 2010 and 2011.

"We've really worked the Pickers," said Donna Walley, the town's former head of tourism, who also owns Aunt Hattie's Fanciful Emporium. "Both years we did Pickers Weekend, people came from all over the country and, actually, from outside the country, too. The guys were very generous to give us their time, but they're so busy now.

Since 2004, almost 50 new businesses have set up shop in LeClaire.

He admits breaking the law.

The co-star and creator of "American Pickers," Mike Wolfe, said any confusion surrounding Frank Fritz's role on the show is unintentional.

It's was 'American Pickers" Weekend in LeClaire and two of the History Channel show's stars, Mike Wolfe and Danielle Colby Cushman were right …

This weekend’s "American Pickers" festival is billed as a collectibles show, which is part of the attraction. But there was no mistake who the…

Two years and a few months after she reintroduced burlesque performances to the Quad-Cities, Danielle Colby is moving up to the big stage.

Frank Fritz talks about the changes in the business of picking. “Things that used to be rare aren’t rare anymore. Bicycles that use to sell for $800 now sell for $300,” he said, walking through his Savanna, Ill., store.

"American Pickers" star Frank Fritz is a longtime motorcycle enthusiast and will be a grand marshal for Sunday's Toys for Tots Motorcycle Run.

“I’m happy with buying something, making a little money, then, passing it on so others can enjoy it,” says Frank Fritz.

Motorcycles are a passion for Frank Fritz.

Lifelong Davenport resident Frank Fritz, half of the "American Pickers," talks about his shop, Frank Fritz Finds, in Savanna, Ill.