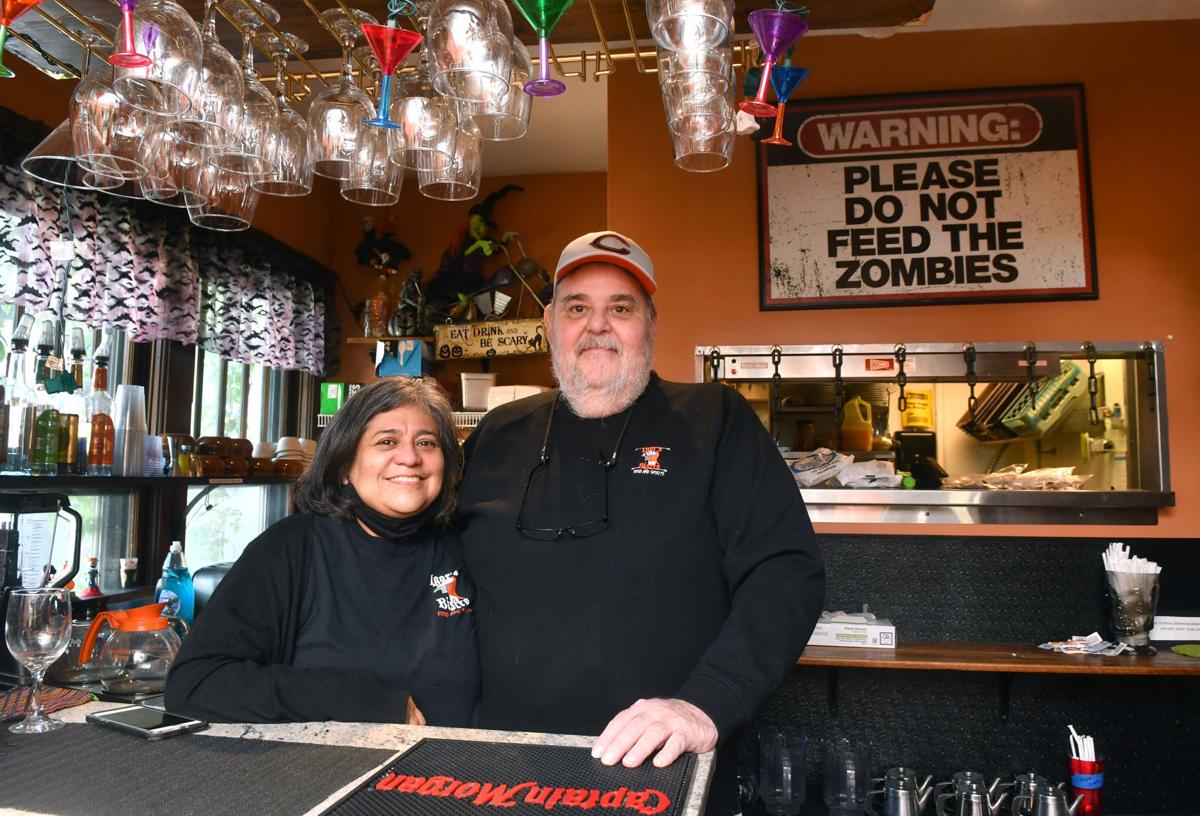 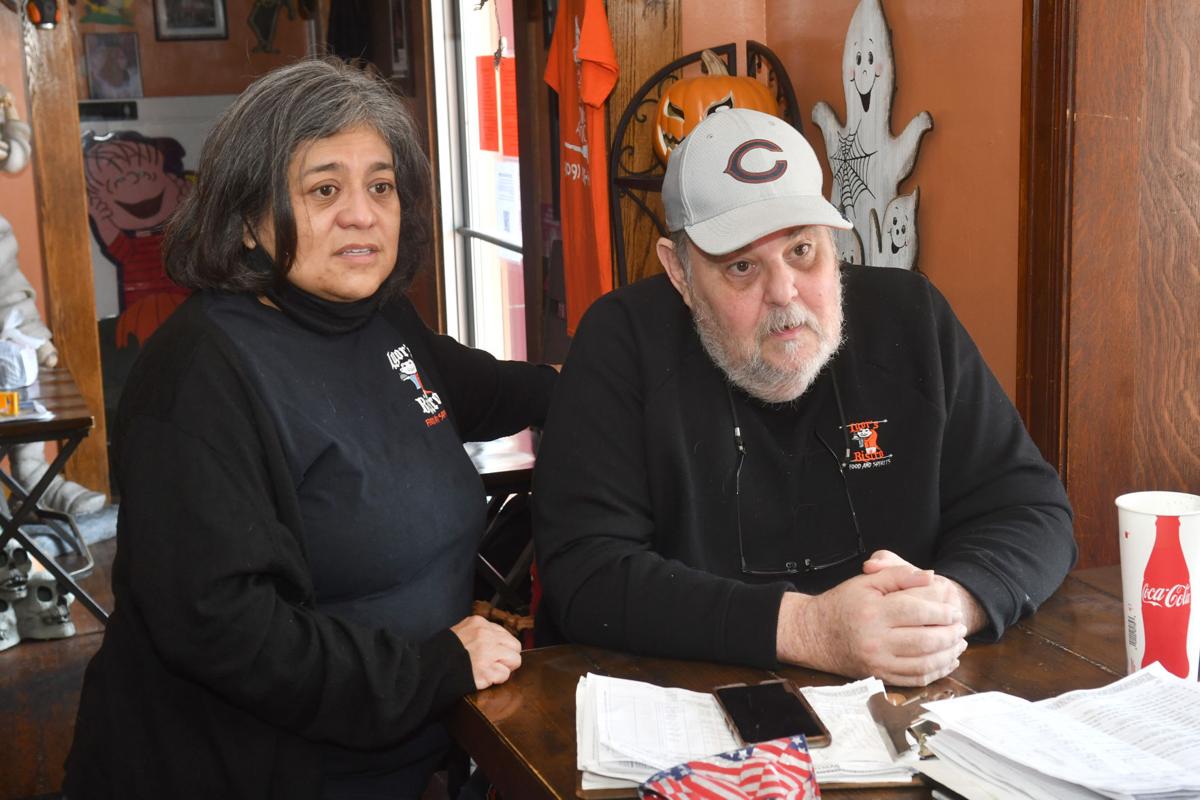 Very few memories made it out of the hospital, but Rick Lopez recalls hearing the overhead speaker in the hallway, calling the rapid response team to his room.

It wasn't the first time the 59-year-old wondered whether he would make it.

On March 11, Lopez was three days into his positive COVID-19 test and felt too tired to get out of bed. His wife, Kathy, and their daughter, Jozette ("Joey"), also had tested positive on March 8.

But Rick was the sickest.

On March 12, Kathy Lopez went to Walgreens and bought a pulse oximeter on a family member's advice. If the oxygen-saturation level of Rick's blood was below 91, she was told, she should take him to the emergency room.

"I didn't want to go to the hospital," he said. "I told Kathy, 'They'll put me on a ventilator, and I'll die. That's all you hear in the news; people go on a ventilator and die."

He was half right. The day after he was wheeled into the ER at UnityPoint Health-Trinity Rock Island, Lopez was intubated.

The weeks that passed are a blur of cryptic dreams for Rick and worried prayer for Kathy.

"I'm lucky she made me go to the hospital, or I would have died in my bed," he said.

"I wasn't allowed to visit in the beginning, and he called me on March 13 to say they were putting him on a ventilator," Kathy said. "The last thing I remember saying was, 'Bye. I love you.' And that was it."

But there was a long way to go.

The couple sat next to each other Tuesday at a table near a window in their Rock Island restaurant, Igor's Bistro, and did their best to piece together their timeline.

For a couple of weeks in the intensive-care unit, the hospital staff rotated Rick from his stomach to his back, and the ventilator breathed for him. His vitals were constantly monitored. He was heavily sedated, fed by a tube and, eventually, a tracheostomy tube was inserted in his throat.

All Kathy could do was her best to stay positive for the kids and do what she knew her husband would want — keep their restaurant going.

Before Rick got sick, the family was working hard to keep Igor's afloat. The Halloween-themed restaurant had pandemic nails driven into its coffins. Times were tough, but the family had survived before.

Just a few months after opening Igor's in the spring of 2017, Rick had to have triple-bypass surgery. When the pandemic forced them closed, the family figured they could wait it out.

"The fact Iowa was fully open and we weren't really hurt us," Rick said. "I saw the traffic some of the coffee and energy-drink places were doing, so we created a spot in the back for a pickup window, and we got going on coffee and energy drinks.

"Then we added breakfast items, which are doing great. We extended the patio and added outdoor tables."

But their progress came again to a halt. The trip to the ER was the beginning of a six-week hospital stay.

Finally released on April 24, Rick is back at Igor's. He'll take a day off this week to have his feeding tube removed, then it's back to the restaurant as soon as possible.

His voice is softer than usual from the pressure of the tubes in his throat, and he tires easily. He has asked his doctor how long this-or-that symptom will persist, but nobody really knows. The virus still is too new, and people respond differently.

Among the few memories of his time on a ventilator, Rick recalls some of his thoughts. He was taking inventory of his life, he said. He was measuring, as a carpenter does, to see how much room he had left.

He'd managed to check off his life goals — marriage, three great kids, a career as a carpenter and a pension that allowed him to follow his dream of opening the restaurant. For his final chapters, Rick intended to buy an RV and travel with Kathy.

He knew better than many that plans don't always work out, but he wasn't giving up.

"My life expectancy is around 72, maybe 76, and I'm going to be 60 at the end of the month," he said. "I was thinking how I could be dead in 12 years, and did I really want to do this restaurant? I didn't get that Winnebago yet.

"I was going to claim Social Security at 62, and we were going to travel."

The discussion caused a mist to rise their eyes, but their tears were not born of regret. After so much worry, struggle and sickness, hope and relief finally rejoined the Lopezes at their table.

When they are medically allowed, the couple will get COVID-19 vaccines. They were close to being eligible when they became infected.

"This is horrible, and you don't want to go through what I went through — what we went through," Rick said. "Get the shot.

"The first time I was able to stand, it was for 30 seconds. You can't believe how weak you get.

"It was a really big deal when I made it to to six minutes of standing. They said, 'OK. Let's walk.' One good thing is that I bought a recumbent elliptical bike for my health a month before I got sick, and that's exactly what they had at physical therapy.

Troopers with the Iowa State Patrol during patrols Thursday night in Davenport recovered a Ford Focus that had been stolen out of Rock Island.

Davenport police: 80 vehicles were atop parking ramp around the time of the shooting

More than 80 vehicles came and went from the Redstone parking ramp at River Drive and Main Street in Davenport early Sunday around the time dozens of shots were fired from the fourth floor.

Latest: The Eldridge Police Department has released the name of the person fatally shot Thursday in the 300 block of W. Davenport Street.