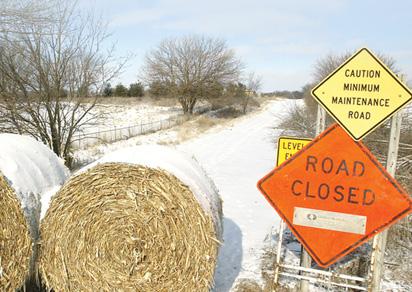 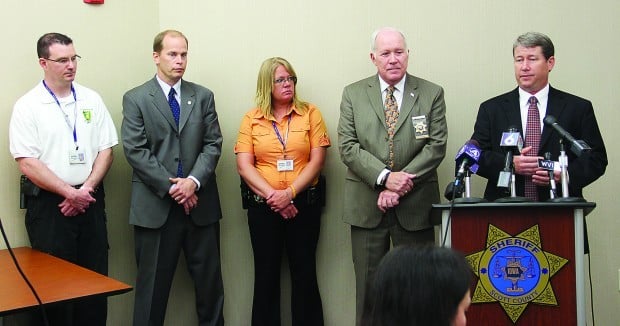 Scott County law enforcement officials announce that a warrant for arrest has been issued in a 2007 unsolved murder. (Larry Fisher/Quad-City Times) 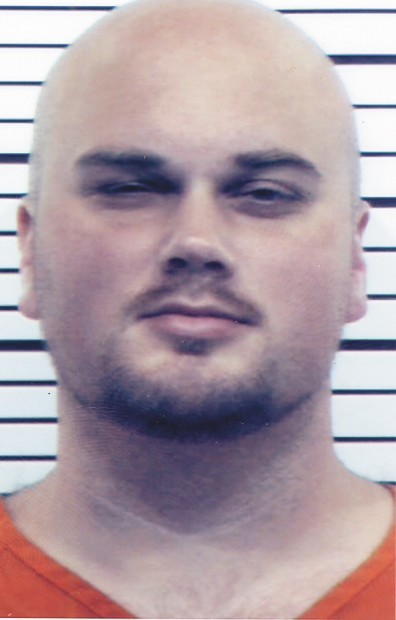 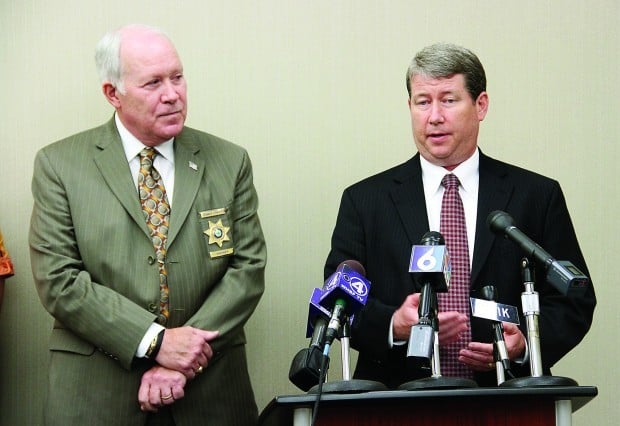 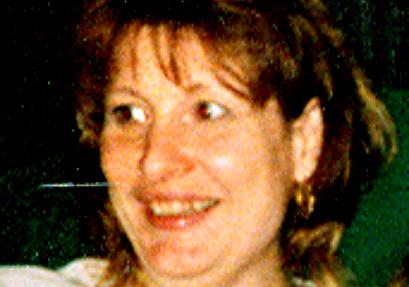 A man in federal prison on child pornography charges is facing a first-degree murder charge in connection with a homicide four years ago in Scott County.

Chad Michael Lee Welsh, 33, is accused of killing Angela Marie Hennes, whose burned remains were found Jan. 13, 2007, along the side of a road in the 15000 block of 100th Avenue in rural Scott County.

A warrant has been issued for Welsh's arrest on first-degree murder and abuse of a corpse charge, Scott County Attorney Mike Walton said Wednesday at a news conference.

Welsh is in a federal prison medical center in Springfield, Mo., serving an eight-year sentence on child pornography charges. Bond has been set at $1 million.

Authorities collected DNA samples from the scene in 2007, and that information was used to match with Welsh's DNA four years later, Walton said.

Hennes' family could not be reached Wednesday for comment.

Scott County sheriff's Lt. Bryce Schmidt called Angela's brother, Jeff Hennes, on Tuesday morning, informing him there was an update in the case and asking him if he could gather other immediate family members, including Angela's parents, William and Linda Hennes, for a meeting at the Scott County sheriff's office, Schmidt said.

Family members met at 4:30 p.m. Tuesday with Sheriff Dennis Conard, Deputy Tara Dinneweth, who was the lead detective on the case, and others involved in the investigation. They were told about the warrant for Welsh's arrest, Schmidt said.

"It was very emotional for them," Schmidt said. "They were pleased. It brought some closure. They were beginning to wonder after four years if the case would ever be solved."

Her body turned up in a farm field off Seven Sisters Road, just outside the Davenport city limits in rural Scott County. She was face down in a fetal position, naked and burned.

According to Welsh's arrest affidavit, Hennes was identified through fingerprints. She was strangled to death, an autopsy showed.

DNA evidence was collected at the time of the autopsy in the form of seminal fluid. The evidence was entered into a nationwide database, which resulted in a match to Welsh after he entered the federal prison system on the pornography charges and a DNA sample was collected from him, as it is with most federal inmates.

Schmidt said detectives were first made aware of the match in September 2010.

"That gave us a flag," Schmidt said. "We had to build a case beyond that. That alone was not enough to make an arrest."

According to federal court records, Welsh was arrested on the federal pornography charges on Sept. 16, 2008, in Burlington, Iowa, where he had been living.

Dinneweth said Welsh was a car salesman in the Burlington area around the time of Hennes' death and then a landscaper before his arrest.

Welsh has not made a statement to authorities, Schmidt said.

The affidavit states that Welsh told others that he physically assaulted a woman, strangling and dragging her from a vehicle and leaving her on the side of a road in the Davenport area.

Other than his federal conviction, Welsh does not have a major criminal history.

Burlington Police Chief Dan Luttenegger said Welsh was arrested for assault in 1995, when he was a juvenile. Otherwise, Luttenegger found only traffic and parking tickets on his record.

No one could explain what Welsh was doing in Davenport in January 2007. Schmidt said it does not appear Welsh was a friend of Angela Hennes or knew her family at all.

"It seems at this point that he was a complete stranger," Schmidt said.

Tire impressions were located at the scene in the area where Hennes' body was burned. Those tire impressions are consistent with tires from a vehicle Welsh drove at the time, the affidavit states.

Although he is only halfway through his federal sentence, Welsh is expected to be brought back to Scott County to await his murder trial, Schmidt said. He will be in the Scott County Jail.

A trial date has not yet been set. First-degree murder in Iowa is punishable by life in prison.

Walton said the investigation is not over. "This is not the end of the case," he said. "It's the beginning of the case."

Scott County law enforcement officials announce that a warrant for arrest has been issued in a 2007 unsolved murder. (Larry Fisher/Quad-City Times)