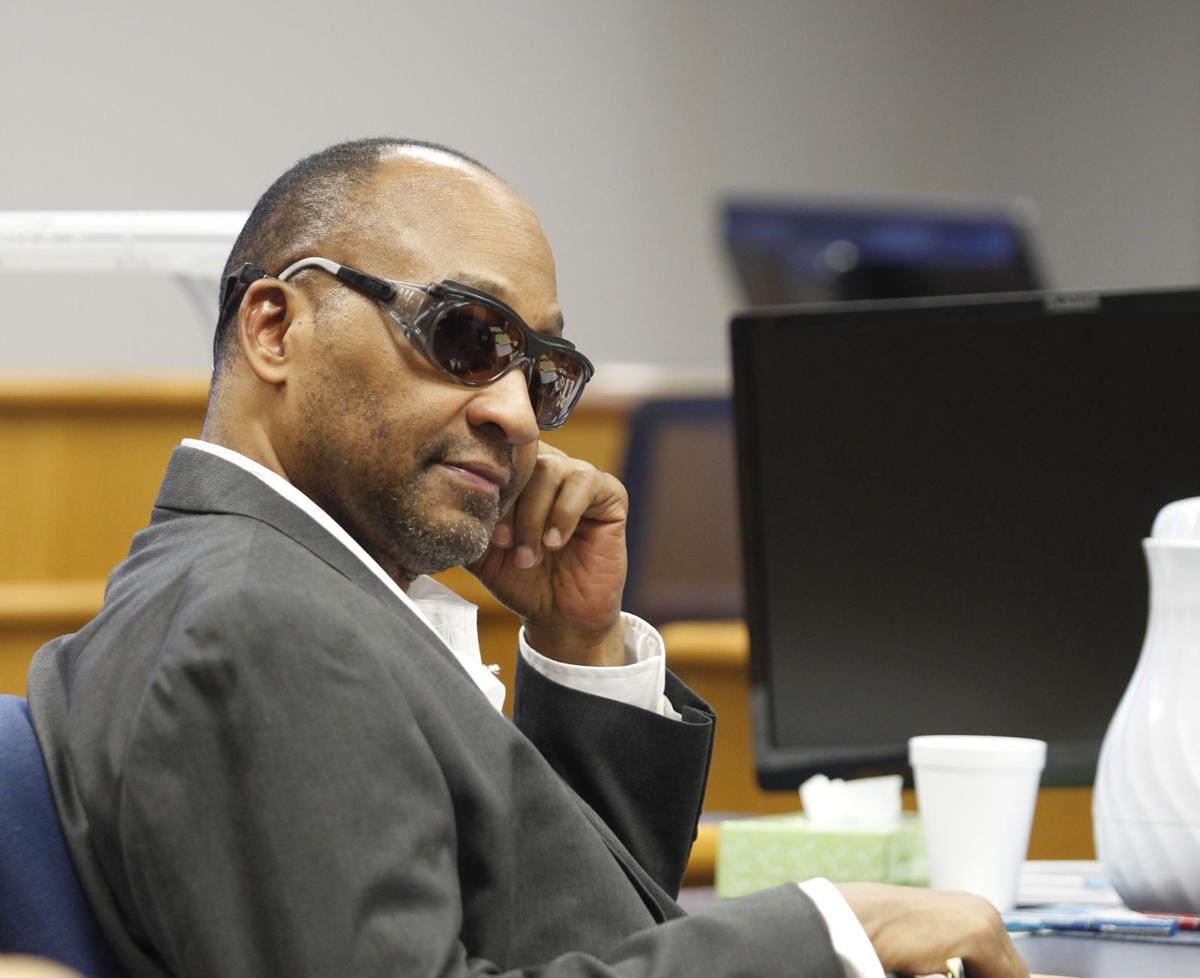 Stanley Carter Liggins appears in court in March after prosecutors rested their case in his fourth trial in connection with the death of 9-year-old Jennifer Lewis. 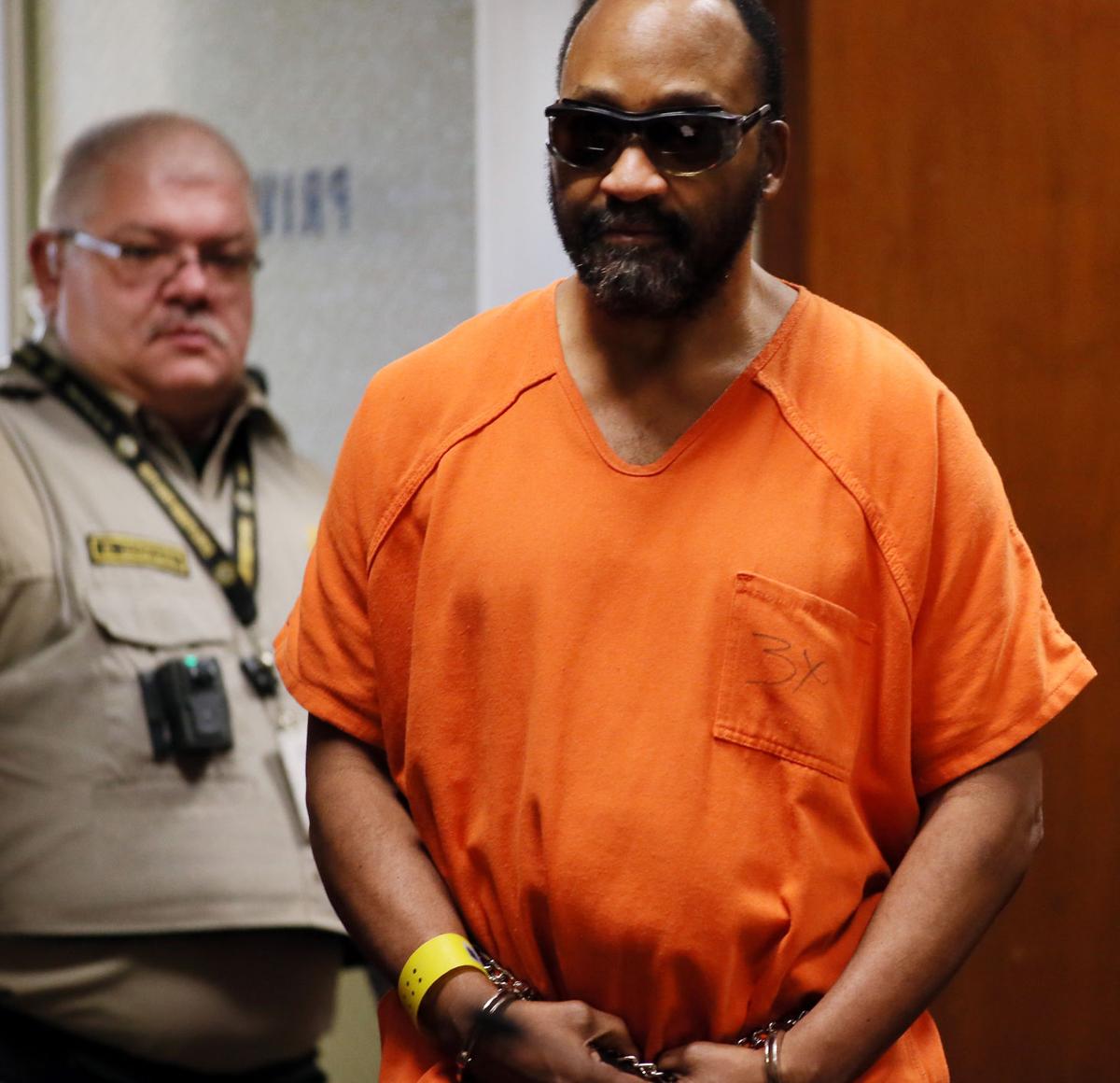 The future of thrice-convicted murderer Stanley Liggins now is in the hands of the Iowa Supreme Court.

The high court justices heard arguments Thursday morning related to testimony of witnesses in the 1990 murder and sexual assault of Jennifer Ann Lewis, who was 9 years old when her remains were found burning in a field near Jefferson Elementary School in Davenport.

Liggins' first two convictions were overturned. A third trial ended with a hung jury, and he was again convicted in a 2019 retrial.

An attorney for Liggins argued that he could not get a fair retrial because so many witnesses in the case were deceased or otherwise unavailable. His 2019 trial was the result of a reversal of his conviction, based on the discovery of police reports that were not previously supplied to Liggins' defense team. The prosecution also failed to disclose that a key witness had worked as a paid informant for the police department.

Assistant appellate defender Melinda Nye argued that evidence was withheld from Liggins' team and, though he was granted a retrial, it was too late to re-question some witnesses. A couple of key witnesses and a police officer in the case are deceased.

The victim's stepfather, Joe Glenn, had been fingered by the defense as an alternate suspect, but he now is "missing and presumed dead," according to information shared during the hearing.

Evidence and information that was not advanced to the defense can be deemed a Brady violation, which means the evidence was or could have been material to the defendant's guilt or innocence. While a court ruled the state failed to share some evidence with the defense, the court did not conclude it was done in bad faith.

Nye said the lead investigator in Liggins' case denied knowing one witness was an informant, even though "It was right in front of him."

One supreme court justice said the fact some testimony cannot be recreated can also be a detriment to the prosecution's side and said: "The traditional remedy of Brady (violation) is a new trial. He got a new trial."

The argument persisted, though, that a retrial could not be fair without available witnesses to re-question on the stand, especially in light of new evidence.

The prosecution's special counsel, Richard Bennett, was questioned about specific testimony that could be "problematic," but he repeatedly defended the state's case.

The oral arguments and related questions lasted about 40 minutes. It now is up to the court's seven justices to determine how the Liggins case is to proceed.

A search for Lewis, who lived in Rock Island, began when she did not return home after buying a pack of gum for Liggins at a liquor store near her home on Sept. 17, 1990.

Liggins has long maintained his innocence. He was found guilty in 1991 of aggravated criminal sexual abuse of a 9-year-old Milan girl in an unrelated case.

WATERLOO — Stanley Liggins kept his composure as a judge read the word he has heard twice before — guilty.

Overcome with anger and grief, Sheri McCormick said “I hate you, I hate you” to Stanley Liggins, the man convicted of killing her 9-year-old d…

Stanley Carter Liggins appears in court in March after prosecutors rested their case in his fourth trial in connection with the death of 9-year-old Jennifer Lewis.