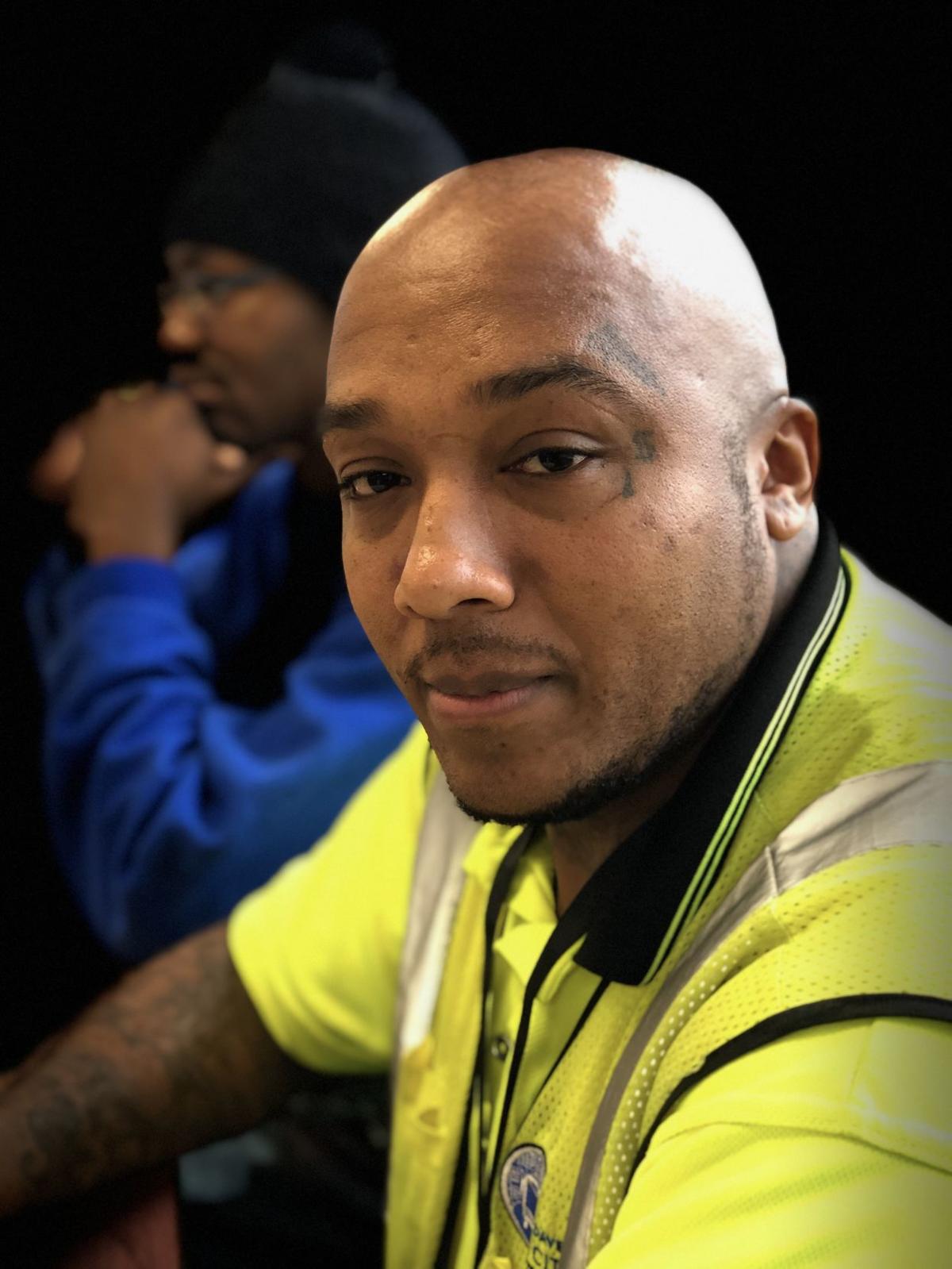 Damar Hampton, a bus driver, earned his commercial driver's license with the help of the Safer Foundation. Hampton, who has driven a bus for more than one year, volunteered at a reentry simulation Tuesday. 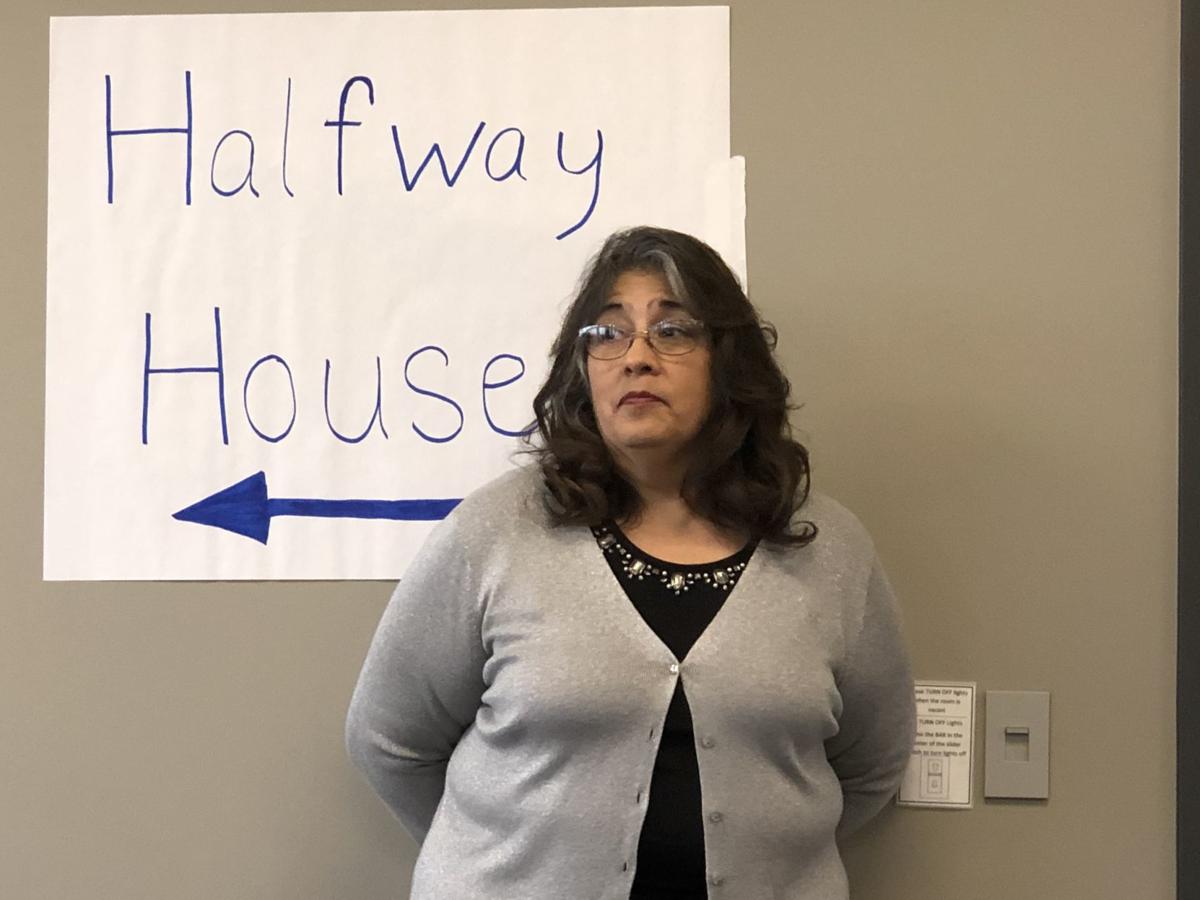 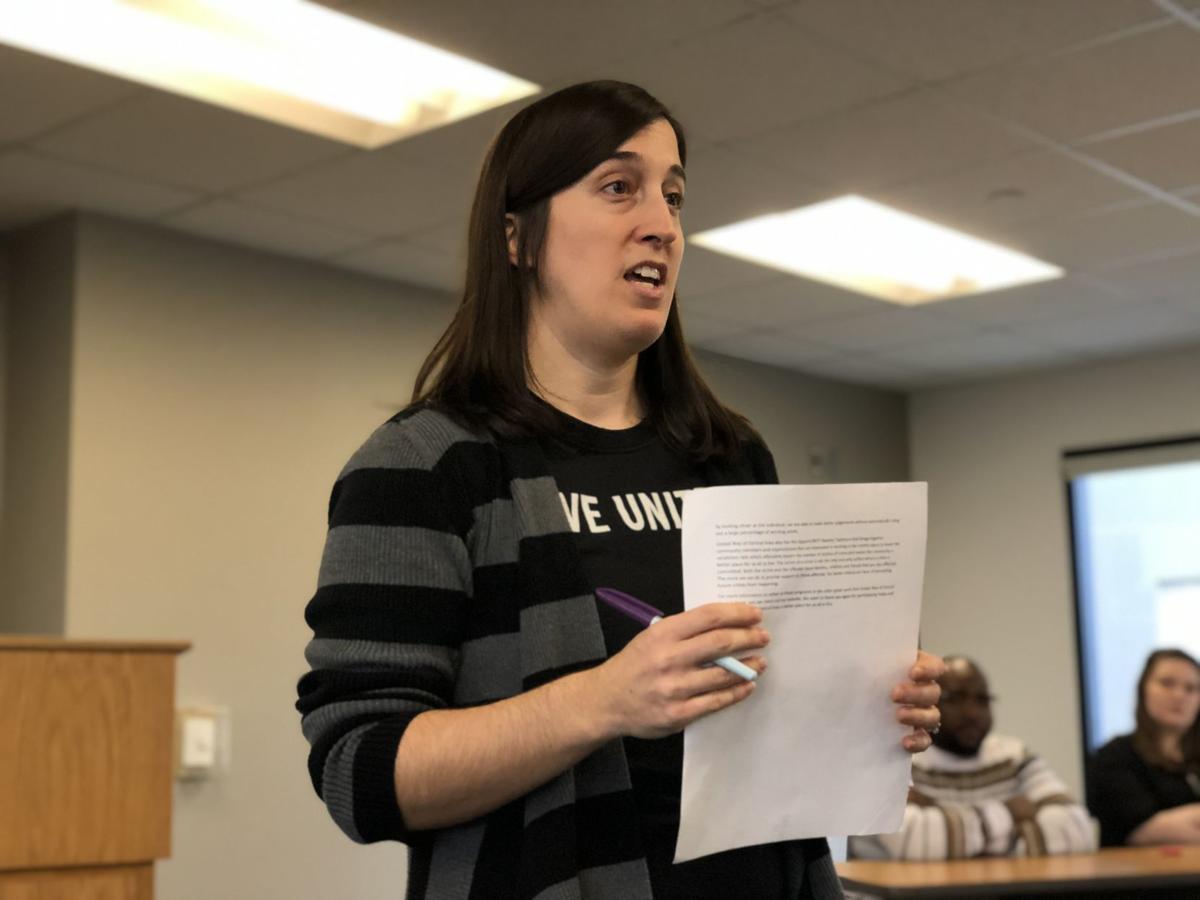 Amber Ramirez, with United Way of Central Iowa, leads a debriefing Tuesday, Nov. 19, 2019, at the reentry simulation in Davenport.

Damar Hampton joked with his “clients” Tuesday morning when they didn’t make it to interviews on time.

Try though they might, some of them just couldn’t get transportation, visits to parole officers and securing food completed in the allotted time.

Hampton, a Davenport bus driver, knows all too well time management is no laughing matter – especially for a convicted felon seeking a job.

Hampton, who played the role of an employer, was among the 50-or-so participants at an interactive learning opportunity allowing participants to experience first-hand the challenges and barriers people who have been incarcerated. The simulation was held at the 7th Judicial District Department of Correctional Services, Davenport.

“This is a unique opportunity for us case managers and the general public to walk in the shoes of people returning from incarceration,” said Deborah Valenzuela, case manager for The Safer Foundation ACE (Advancing Careers and Employment) program. Through ACE, Hampton earned his commercial driver’s license. He has driven a bus for more than a year now.

The Safer Program and United Way of Central Iowa partnered to present the reentry simulation program. Participants received an identity and were challenged to complete tasks within a few minutes’ time. “Each week here is a 15-minute increment,” Valenzuela said.

Hampton remembers what it was like to reenter the community after he served 10 years in federal prison.

“Everything now is done on a computer, and phones have screens,” he said. “When I went in, the Motorola RAZR was IT.”

One of the biggest challenges, he said, was getting to places on time. “You got some PO (parole officer) or someone above you who tells you what needs to be done, but they don’t know how to do it,’ he said.

Amber Ramirez, with United Way of Central Iowa, led a debriefing. “Did it feel like the system was working for you?” she asked. “It’s hard to get around if you don’t have a car.”

Participant Jeff Simpson, of Davenport, is an intern at the Metropolitan Community Church of the Quad-Cities, Davenport. This was the second time he participated in a re-entry simulation — the first time was in Des Moines, he said.

“It’s almost as if the system is set up for failure,” he said. “You realize it when you’re doing the simulation.

“I ended up in jail both times.”

Its vision: Equal employment opportunities for people with criminal records, there by improving the socio-economic well-being of the individuals, their families, and community.

The path to second chances: 'Just because I'm an ex-felon doesn't mean I'm a lost cause'

When Damar Hampton walked out of federal prison this past spring for the first time in 10 years, he felt like he had a giant "X" drawn on his back.

Damar Hampton, a bus driver, earned his commercial driver's license with the help of the Safer Foundation. Hampton, who has driven a bus for more than one year, volunteered at a reentry simulation Tuesday.

Amber Ramirez, with United Way of Central Iowa, leads a debriefing Tuesday, Nov. 19, 2019, at the reentry simulation in Davenport.