'It's a Christmas miracle': Family reunited with missing cat after three years
0 Comments
Share this
1 of 3 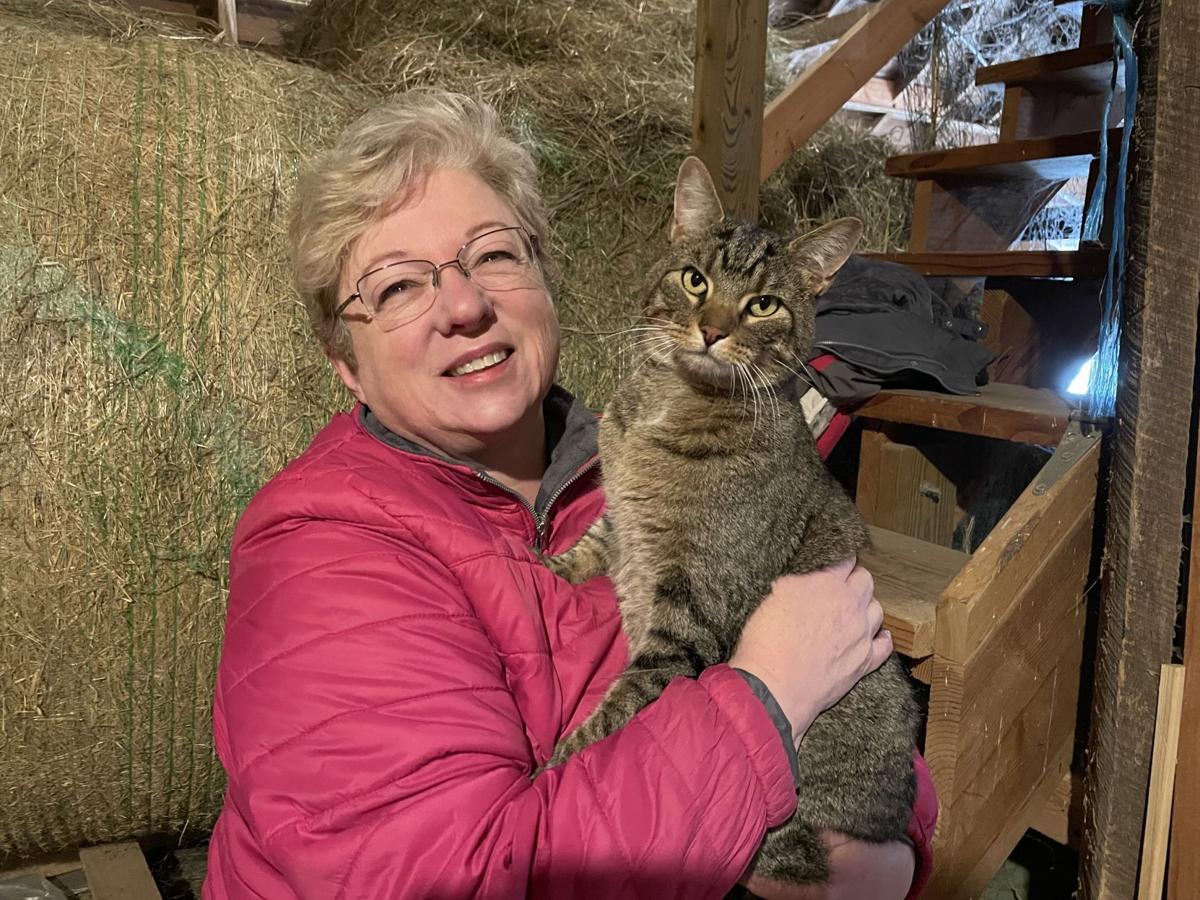 Dr. Ann Kandis with her male cat, Noodles, who went missing three years ago near Kandis' farm in Geneseo. Through a connection with a stranger, Kandis found and was reunited with her cat in what she calls "a Christmas miracle." 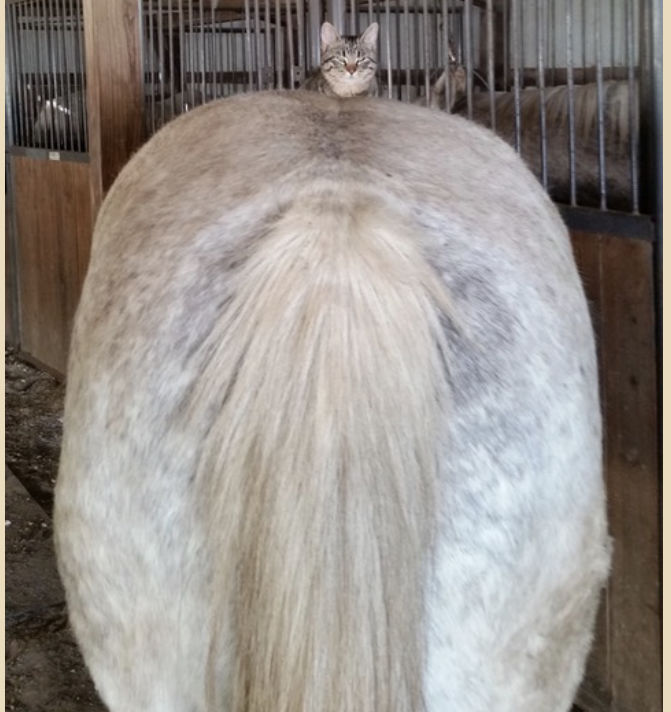 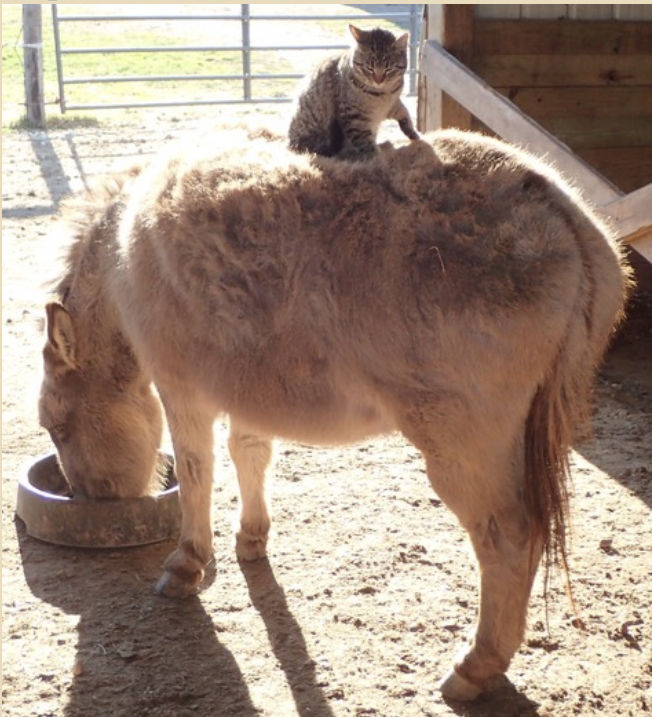 Ann Kandis never thought she would see her cat again.

When Kandis' then 1-year-old male cat, Noodles, went missing from the family's farm in Geneseo three years ago, they were heartbroken.

But thanks to a chance encounter on social media on Christmas Eve, the Kandis family was reunited with Noodles.

"It's a Christmas miracle," Kandis said. "It was Christmas Eve of all days that we found him. That was kind of a cool thing."

Noodles' adventure began in November 2018 when he jumped into the open car trunk of Kandis' father, who was doing some work on the farm. Unaware the curious cat was in the trunk, the man closed it and went on his way.

"He was going down the road and heard a noise. He stopped, opened up the trunk and the cat jumped out," Kandis said. "That's how the cat went missing."

Kandis and her family launched an exhaustive search for Noodles. They posted "lost cat" notices on numerous websites, reported his chip number to the microchip company and searched in person along the stretch of Highway 6 in rural Henry County where he had jumped out of the trunk.

"But we did not find him," Kandis said. "We've had a lot of cats because we have a farm, but we get attached to them. We provide them veterinary care, and they've all got names; we feed them, and they've got heated spots in the barn. We were all really sad, and my kids were super sad because this cat was gone. He's got a lot of personality, let's put it that way.

"We didn't see this cat for three years. I did everything I could do."

Noodles first was rescued as a kitten with two siblings along the Hennepin Canal, where they had been abandoned. Kandis brought all three home to the farm, had them microchipped, vaccinated, neutered and spayed. The kittens quickly blended in with the other four farm cats and became part of the family.

Kandis said they had several horses on the farm who also developed a special bond with the cats and allowed the cats to sit atop them for hours. Kandis said she would always see Noodles sitting on one of the horses.

Months turned into years and there was no news and no sign of Noodles. Until Christmas Eve.

Two weeks ago, Kandis was with her family when her brother-in-law told her about a woman who shared the same love for horses and owned a horse trailer similar to hers. It turned out that Kandis' daughter and the woman's daughter had shown horses together. When Kandis looked up the woman on Facebook, she found more than a just a new friend. She found Noodles.

"A (Facebook) post came up from November of 2018 and it said, 'Does anybody know this cat?' And it's a picture of a cat sitting on a horse — her horse. That was a clue when I found him. She said he's very friendly, he's fixed and they were looking for his home.

"So I messaged her on Christmas Eve and said, 'Hey, do you still have that cat? That's got to be Noodles.' And she still had him; she kept him this whole time. She said he bonded with her and her family because he's so friendly."

Kandis and her son went over to the woman's house, and when they arrived, Noodles ran right up to them. The woman told Kandis she was surprised because the cat did not like strangers or cars.

Kandis, who works full time as an emergency room physician for Genesis Medical Center, said finding Noodles brought her emotional relief during a stressful time in the pandemic.

"With this omicron (variant), the way the ER has been, it was a good thing for my mental health to find that cat," she said.

But now Kandis had a difficult choice to make. In the three years since he was gone, Noodles had settled in with his new family and was renamed Max. He also had new horse friends who allowed him to sit on them whenever he pleased.

"Where they live is less than 5 miles from our house," Kandis said. "He's the only barn cat there, and I thought it would be too traumatic. I love that cat too much. Cats are hard to reintroduce into a group, and I didn't want him running off. He's got a good gig, and she is taking good care of him. I have visitation rights. I didn't bring him home because I know he's being well cared for and they're very good people.

"He's so settled. It's hard because I love this cat, but I can't put him through that stress again. But it answered the question: What happened to Noodles? Where did he go?

"It was best for the cat; he's got new horses he can sit on."

The Humane Society of Scott County began 2022 with good news.

Dr. Ann Kandis with her male cat, Noodles, who went missing three years ago near Kandis' farm in Geneseo. Through a connection with a stranger, Kandis found and was reunited with her cat in what she calls "a Christmas miracle."