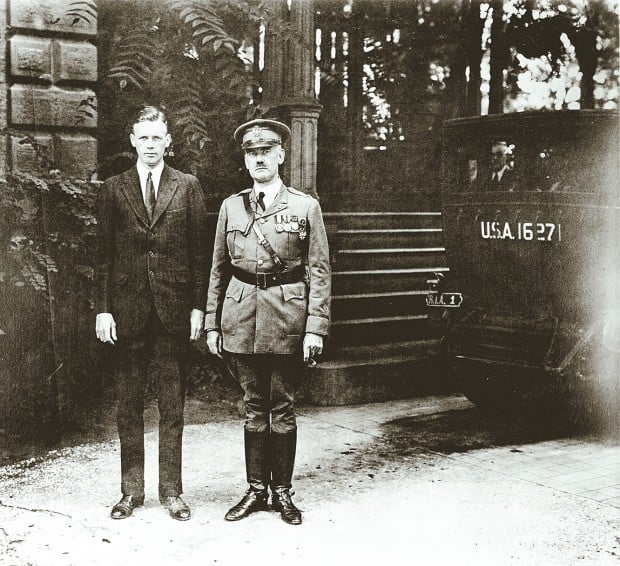 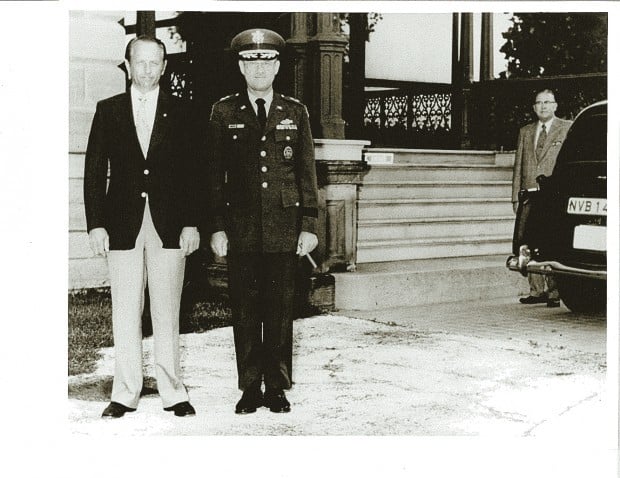 I really enjoyed working on Rock Island Arsenal during the 1960s and 1970s. At that time, I worked for the Photography Branch of the Central Reproduction Center.

Of the many photo assignments I performed on the Arsenal, a few really stand out, including one I’ll call “the second Lindbergh.”

In July 1977, I was assigned to go out to the airport in Moline to cover “some event.” I was in for a pleasant surprise.

When I got to the airport, I was met by a large crowd. After making my way through, I came upon a replica of the Spirit of St. Louis — the famous airplane flown by Charles Lindbergh on his 1927 solo flight across the Atlantic Ocean.

What a beautiful sight to see! You would have sworn you were back in the 1920s, and that “Lucky Lindy” would be walking from his silver aeroplane with his hand extended in greeting.

Instead of Charles Lindbergh, the pilot of the Spirit of St. Louis replica was Verne Jobst, who indeed did step forward to shake my hand and say “Hello.” Jobst was dressed just like Lindbergh, complete with leather jacket and high-topped boots. He certainly looked the part.

At that time, Maj. Gen. William E. Eicher was commanding general of the U.S. Army Armament Command, a predecessor to the two-star commands later established at the Arsenal. Eicher made some welcoming remarks to the crowd as I took photos. It was turning out to be a memorable assignment, but there was much more to come.

Back in August 1927, just three months after his historic flight, the original Charles Lindbergh did stop at the airport in Moline while on a cross-country tour. At that time, Col. David M. King was Arsenal commander. King invited Lindbergh to spend the night in Quarters One.

Lindbergh accepted the offer and was extended all hospitalities. He slept in a room on the second floor of Quarters One, a room that from that day forward became known as the “Lindbergh room.”

In keeping with that tradition, Eicher also extended an invitation to Jobst to spend the night in Quarters One — and, of course, was offered the Lindbergh room as his accommodations.

I might add that Eicher was kind enough to invite me to join him, his family, Jobst and a few other friends for breakfast at Quarters One the next morning. I thought that was really nice of him.

Eicher and his family were some of the nicest people I ever had the pleasure of meeting, and I’m sure others who knew them feel the same way.

The morning of Lindbergh’s departure from Quarters One was captured by an Arsenal photographer working in 1927, and the photo was hung in the Lindbergh room. I asked Eicher if I could try to reproduce that photo, and he thought that was a good idea.

As luck would have it, Jobst had a friend living in the area who was going to drive him back to the airport. We were all surprised when this friend pulled up to Quarters One in an antique black English cab, like the kind you see in old black-and-white movies.

I set up the shot as close to the original as I could. I must have done a decent job, because my “second Lindbergh” photo was hung opposite the original photo in the Lindbergh room.

Quarters One is now vacant and no longer used as a residence, which saddens me. I understand that my “second Lindbergh” photo is now among the holdings of the Rock Island Arsenal Museum, along with many other photos which I took.

I did hundreds, if not thousands, of photo assignments while working at the Arsenal, but my “second Lindbergh” assignment was truly one to remember. I sure do miss those days.