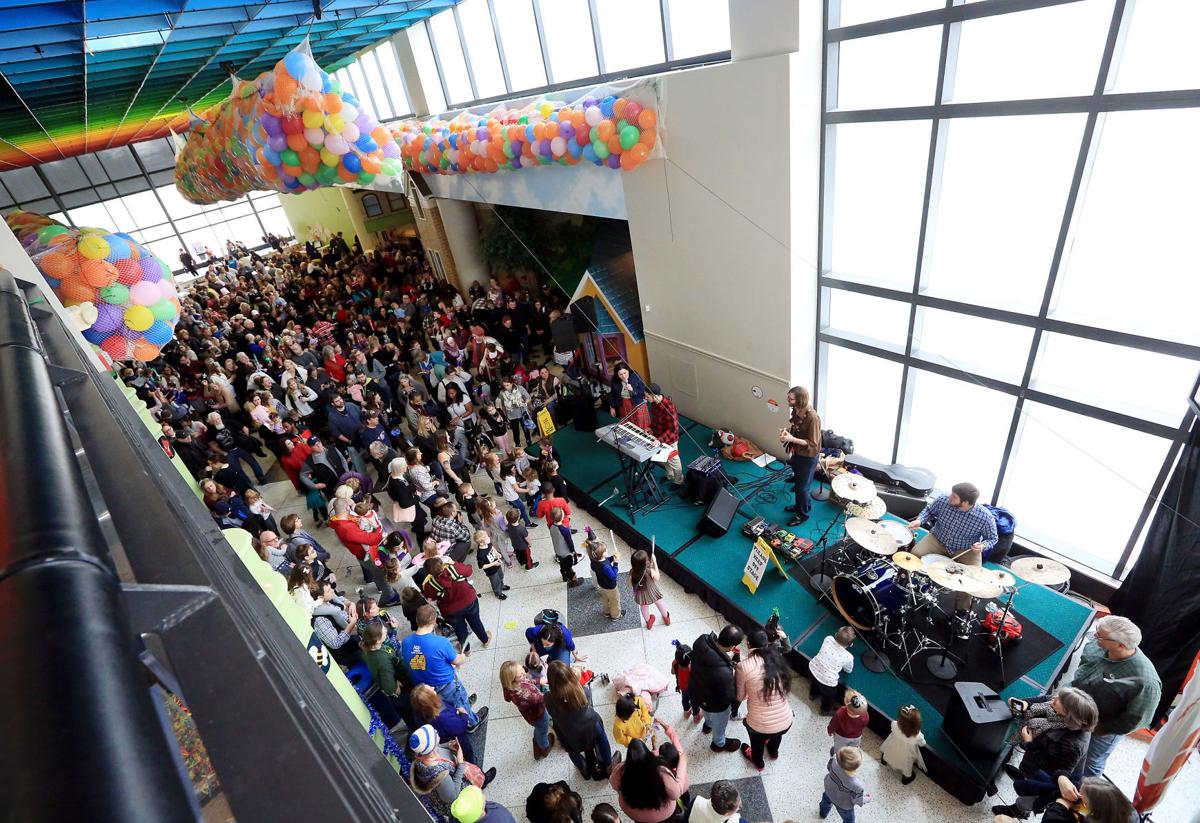 The Family Museum in Bettendorf is usually crowded with visitors, but it's been closed now for more than a month. Assuming it does not open until July 1, the city will lose about $467,864 in revenue from its closure, according to finance director Jason Schadt.

Bettendorf city officials say it's too early to tell exactly what the financial impact of the pandemic-induced economic downturn will be for the city of Bettendorf, but it will be substantial. 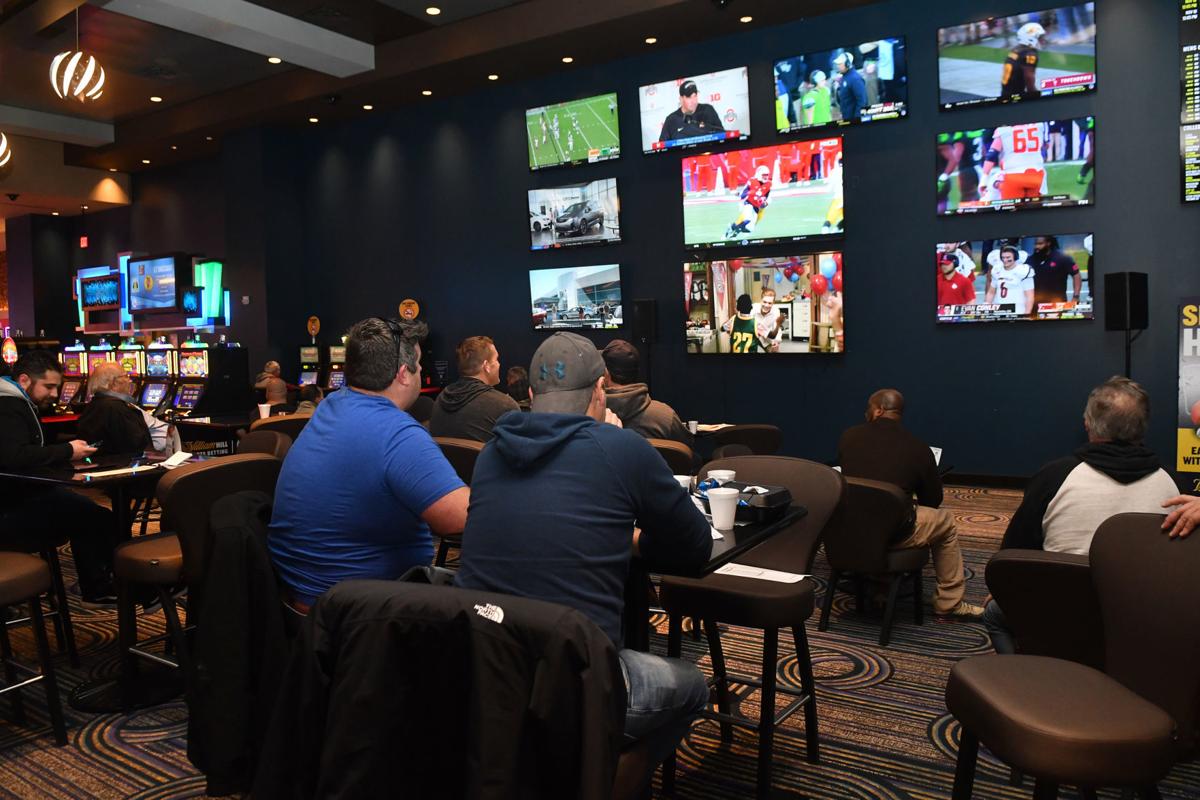 The city of Bettendorf usually receives about $1.3 million in gaming revenue annually from the Isle of Capri. With the casino shut down since mid-March, city officials do not know whether that money will be coming in this year.

It's too early to tell exactly what the financial impact of the pandemic-induced economic downturn will be for the city of Bettendorf, but it will be substantial, Jason Schadt, finance director, said.

As of Friday, he was estimating a minimum loss — at this point — of $2.3 million to $2.6 million from a combined decrease in sales, hotel-motel and road use taxes and the loss of revenue in having to close the Community and Life Fitness centers, the Family Museum and other recreation programs through July 1, he said.

That number does not include loss in gaming revenue from The Isle that has been closed for more than a month. In recent years, the city has received $1.3 million annually that has been used to subsidize amenity-type enterprises such as the Life Fitness Center, Family Museum, Splash Landing and Palmer Hills Golf Course, Schadt said.

If the Isle cannot meet that floor, "we would have to raise property taxes or downsize/close the amenities," Schadt said.

Property and sales taxes are the city's single-most important revenue streams and although a reduction in property tax would be a long-term issue, Schadt already is estimating a 30-50% reduction in sales taxes and that number could get much larger if the economic downtown continues.

Here is a closer look at the numbers.

Sales tax. The city usually receives about $5 million per year in sales tax, and of that, 60% goes in the general fund for property tax relief and the remaining 40% is earmarked for capital improvement projects and equipment, Schadt said.

"The state usually provides estimates of monthly revenue from sales tax in the summer, but will make re-estimate if necessary," Schadt said in an email. "So far we have not received any guidance from the state on how sales tax has been impacted, but it surely has.

"If the COVID crisis and economic downturn persist into next fiscal year, that number gets to be pretty large," Schadt said. "Outside of property taxes, this is one of the single most important revenue streams for Bettendorf so this decrease is impactful."

Hotel-motel tax. The city expected $950,000 from hotel/motel taxes in the current year. At this point, Schadt expects to see that reduced to $750,000. Although hotels and motels are still open, their occupancy is greatly reduced, perhaps around 80 percent, City Administrator Decker Ploehn said.

Of this money, 25% is pledged to Visit Quad-Cities (the Quad-City Convention and Visitors Bureau). The remaining 75% offsets costs (property taxes) in the general fund.

Road use tax. The city receives about $4.4 million annually in road use tax funding, which is state-shared revenue funded by the fuel tax, Schadt said.

The funds are to be used only for street and road maintenance and infrastructure improvements.

The Iowa Department of Transportation has estimated that fuel purchases are down nearly 40% this quarter which would equate to between $500,000 and $600,000 of lost revenue for Bettendorf, Schadt said.

Fees, other income. City facilities are closed and, assuming they won't be able to open until July 1 at the earliest, Schadt is estimating the following losses:

The golf course and grill are open but have seen a steep decline in business especially on the restaurant side.

Property tax. "Impact to property taxes will be more of a long-term issue and symptomatic of a sustained economic downturn," Schadt said.

"In past recessions we've seen new home construction decline significantly and property value growth stagnate for a couple of years which then reduces new tax revenue to the city.

"A growing city like Bettendorf relies on steady value growth to keep up with the demands that new development places on our services. If value growth and new construction slows our projections for future revenue will need to be revised downward and city services could be impacted."

Casino gaming money. The city receives about $1.3 million annually, which is a "floor" development fee that was agreed to years ago in the original development agreement with what was then Lady Luck Casino.

"Due to the casino closure we anticipate the casino may not be able to meet the floor amount, but at this point we have not had any discussion about how that hardship will be addressed," Schadt said.

Gaming revenue is unrestricted and can be used at the council’s discretion, so for several years it has been used for the amenities listed above.

This was directly related to the hiring of firefighters to staff the Surrey Heights Fire Station.

"At this point there has been no discussion of delaying those hires, but if the crisis persists everything is on the table," Schadt said.

"The Fire Department is applying for a SAFER grant that would cover the majority of the costs of new firefighters for the first three years. If that application is successful it would free up some property tax revenue to help the city respond to the revenue shortfalls in other areas."

Because of the economic downturn, this year is not shaping up to be a good time to propose a tax referendum for a long-discussed new community center that would replace the aging existing community center, Life Fitness Center and Splash Landing.

"No official decision has been made on the referendum at this point, but indications are it will be delayed," Schadt said.

Over the next week, the Quad-City Times and Moline Dispatch-Argus will look at the impact of COVID-19 on municipal budgets.

Monday: The latest on the coronavirus in the Quad-Cities

Here's the latest updates about the coronavirus and its impact on the Quad-Cities.

The city of Moline has cut funding to the Moline Public Library, closed services and furloughed all library employees as the city struggles fi…

Bettendorf: No layoffs so far

The city of Bettendorf has not had to lay off any employees because of the COVID-19 pandemic, but that could change in May, depending on what …

Rock Island City Manager Randy Tweet said the city expects losses in excess of $3 million due to the COVID-19 pandemic, most of it from sales taxes.

Municipal Matters: Moline could lose up to $10 million due to COVID-19

The economic impact of the coronavirus pandemic is affecting Moline, as city officials struggle with

council members opted to hold off on more than $200,000 in sidewalk repairs and construction.

Schulte said Tuesday (what other services are you cutting?) (include in Moline impact story)

The COVID-19 pandemic has thrown everyone's plans into disarray, including those of the Bettendorf Parks and Recreation Department.

Although Gov. Kim Reynolds' most recent orders regarding the COVID-19 pandemic allowed fitness centers to reopen on Friday, most were delaying…

Although Gov. Kim Reynolds' most recent orders regarding the COVID-19 pandemic allowed fitness centers to reopen on Friday, May 15, most were …

Family Museum's 'Luckey Climber' for kids will be ready soon

If the COVID-19 pandemic hadn't broken out, kids would already be climbing a two-story vertical maze called a Luckey Climber at the Family Mus…

After listening for more than an hour to resident pleas to keep the Bettendorf Life Fitness Center open, the City Council voted unanimously on…

An annual adult membership to Bettendorf's Life Fitness Center would increase from $435 to $478, or 10%, under a city staff suggestion expecte…

Traditional use of Bettendorf's Family Museum and Herbert D. Goettsch Community Center is way down because of the COVID-19 pandemic, but it's …

Traditional use of Bettendorf's Family Museum and Herbert D. Goettsch Community Center is way down because of the COVID-19 pandemic, but it's …

Bettendorf's plan to hire six full-time firefighters is a good start, but at least one resident is questioning what the city's future plans are for improving public safety across the city.

"This version of the bill ended up being much more favorable to cities than earlier versions, but there are some implications."

The Family Museum in Bettendorf is usually crowded with visitors, but it's been closed now for more than a month. Assuming it does not open until July 1, the city will lose about $467,864 in revenue from its closure, according to finance director Jason Schadt.

Bettendorf city officials say it's too early to tell exactly what the financial impact of the pandemic-induced economic downturn will be for the city of Bettendorf, but it will be substantial.

The city of Bettendorf usually receives about $1.3 million in gaming revenue annually from the Isle of Capri. With the casino shut down since mid-March, city officials do not know whether that money will be coming in this year.