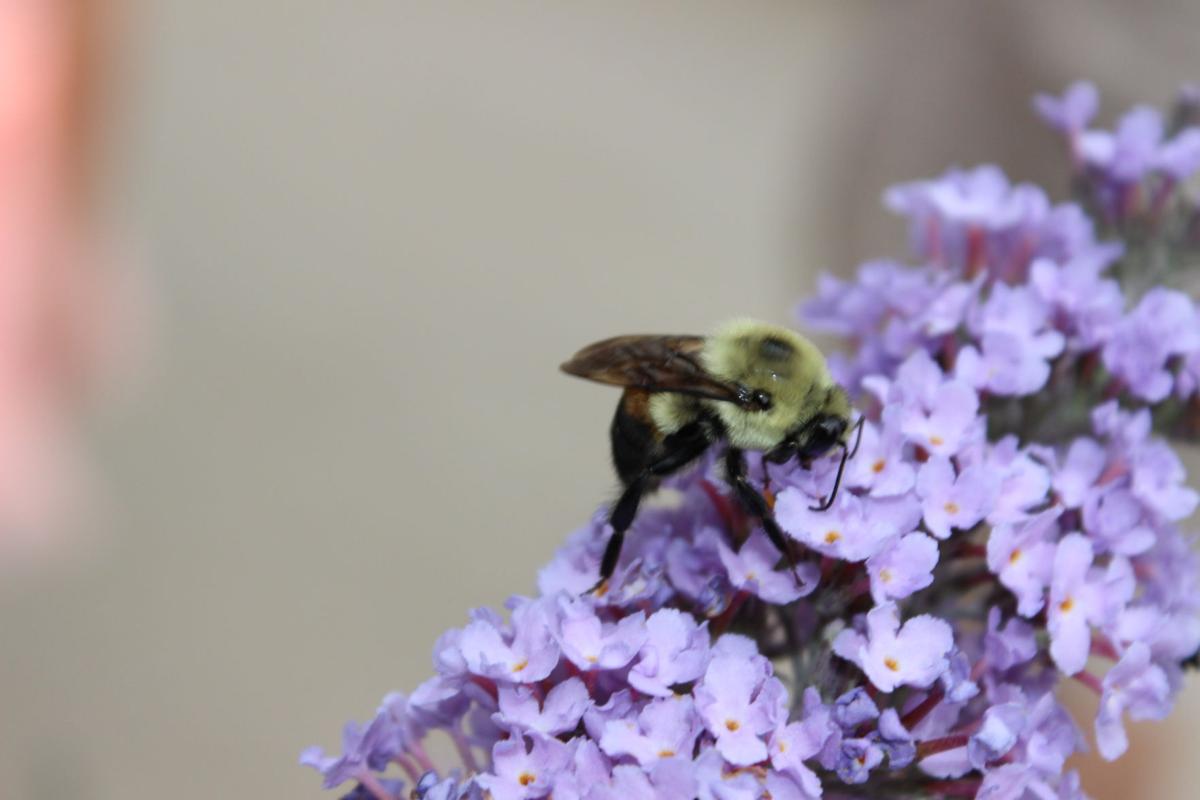 A colony of rusty patched bumble bees, an endangered species, has been discovered on the grounds of Niabi Zoo in Coal Valley. Joel Vanderbush, curator of conservation and education, took this photo of one of the bees in July. 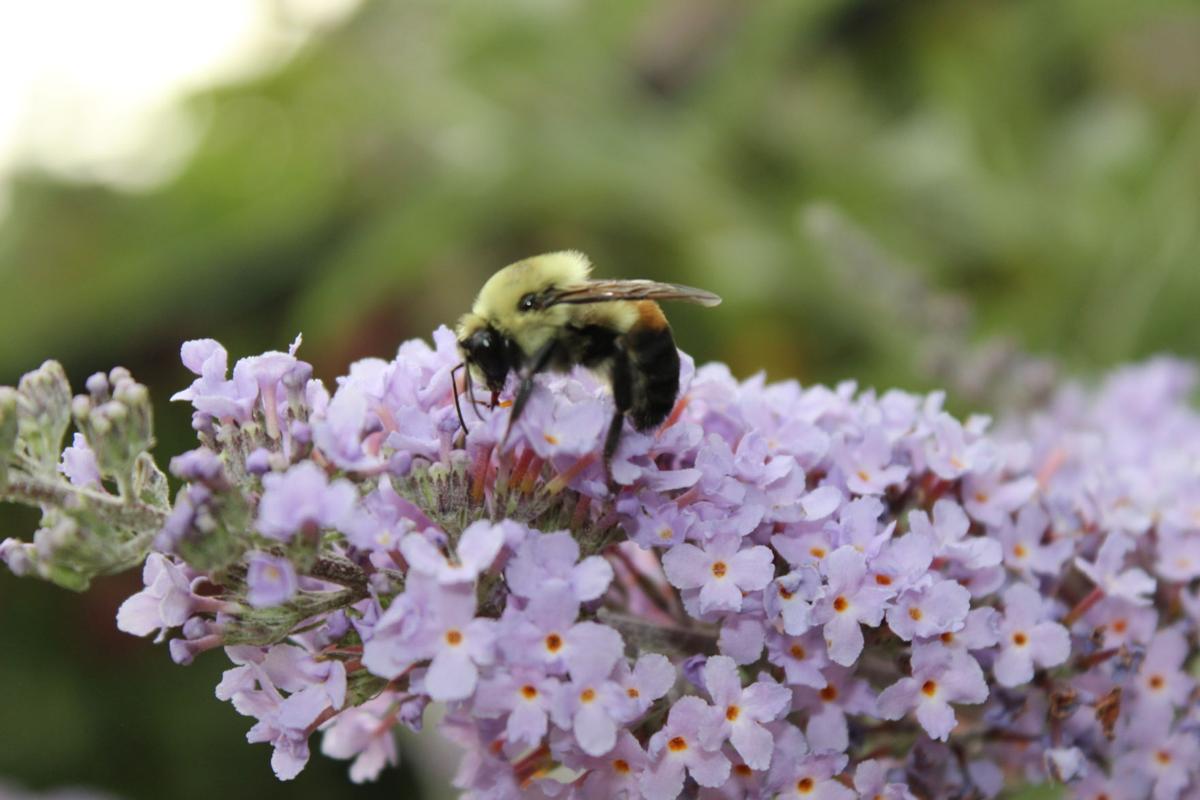 A colony of rusty patched bumble bees, an endangered species, has been discovered on the grounds of Niabi Zoo in Coal Valley. Joel Vanderbush, curator of conservation and education, took this photo of one of the bees in July, 2021.

Niabi Zoo has confirmed the presence of a population of endangered rusty patched bumble bees on its grounds.

Zoo Director Lee Jackson announced the discovery of the bees, which were placed on the United States Fish and Wildlife Service's (USFWS) endangered species list in 2017.

"While not actually part of our animal collection, the rusty patched bumble bee presence is in no small part, due to the efforts of zoo staff in returning portions of the zoo grounds to native plantings," Jackson said in a news release.

Thought to be extinct in the region, a rusty patched bumble bee was identified in 2018 at the zoo and also has been seen at Nahant Marsh and Illiniwek Forest Preserve in Hampton.

Once common throughout the eastern United States and two provinces of Canada, the bees have only been found in fragmented populations in 13 states and one Canadian province since 2000.

"Bumble bees are one of the most important pollinators of many crops and one of the only insect pollinators of tomatoes," Jackson said. "They are far more effective pollinators than even honey bees because of the bumble bee’s ability to 'buzz pollinate.' The pollination services of native insects, especially bees, provide an economic value of nearly $3 billion per year in the United States."

Jackson said multiple pollinator gardens have been established at Niabi Zoo over the last five years. In 2017, volunteers planted the first two pollinator gardens at the zoo, which were funded by a grant from USFWS and Living Lands and Waters. Zoo and Rock Island Forest Preserve District staff also seeded multiple acres of former pasture area on zoo property with prairie plants and pollinator pocket gardens were established around the Australian Outback exhibit.

In 2019, hundreds of milkweed plants were planted in multiple areas in and around the zoo and in 2020, the bank of the front pond just inside the zoo entrance was reseeded with a wide variety of prairie flowers in partnership with USFWS. Bi-weekly surveys have been conducted to determine the presence of the rusty patched bumble bee and other pollinating species at the zoo.

"This remarkable insect needs tall grass prairie habitat in order to survive," Jackson said. "Today only about 1% of that habitat is left in Illinois. The Rock Island County Forest Preserve District, which includes the zoo, has been working hard to provide suitable habitats for all plants and animals that call these properties home.

"The zoo has been experimenting with allowing more natural plant growth and designating no-mow zones at the zoo for several years now. It’s been a little jarring for folks who are used to the manicured golf course look. We continue to make adjustments based on the results and benefits we see."

A colony of rusty patched bumble bees, an endangered species, has been discovered on the grounds of Niabi Zoo in Coal Valley. Joel Vanderbush, curator of conservation and education, took this photo of one of the bees in July.

A colony of rusty patched bumble bees, an endangered species, has been discovered on the grounds of Niabi Zoo in Coal Valley. Joel Vanderbush, curator of conservation and education, took this photo of one of the bees in July, 2021.