The Iowa DOT is seeking requests for proposals for a consultant/inspector for the demolition of the remaining structures of the old I-74 bridges. The deadline for bids is Feb. 23. 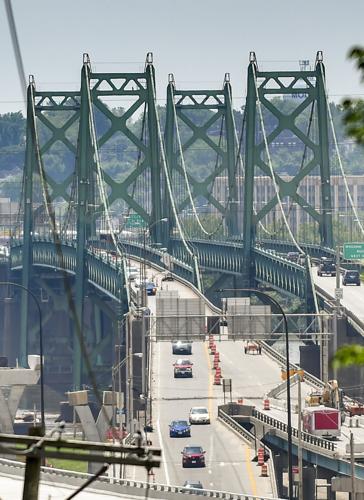 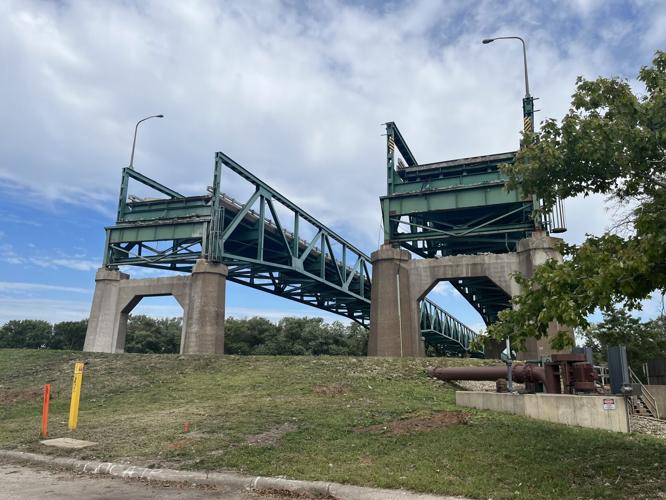 Demolition work on the bridge is set to begin Sept. 12, and Helm Civil who was awarded the demolition contract will have 300 days to complete it. 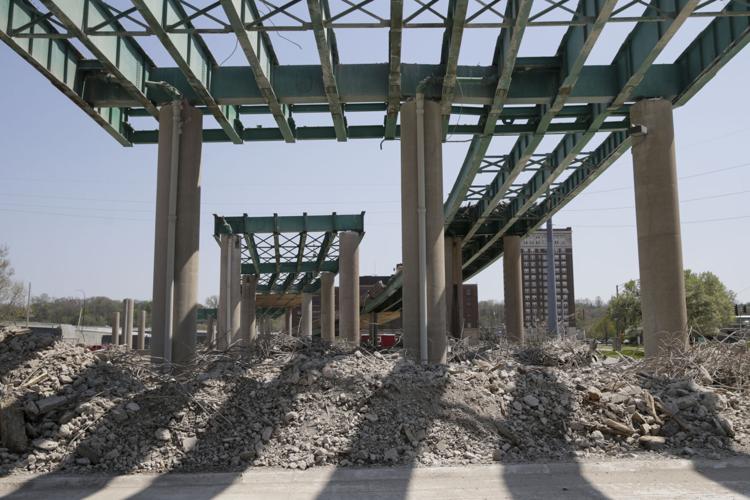 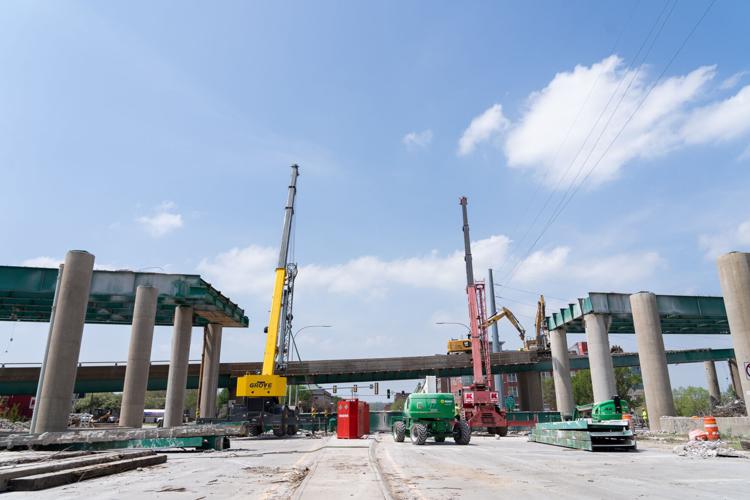 The old I-74 bridge will not go out with a bang.

Demolition of the twin spans between Bettendorf and Moline is underway and the process will not include implosion, the Iowa Department of Transportation, DOT, announced in a social media post.

"... we've decided to dismantle the majority of it piece by piece," according to the DOT's Facebook post. "At this time, the contractor is only planning to use explosives on select areas of the bridge.

"Dismantling the majority of the bridge will have less impacts on river traffic, minimizes the amount of debris to remove from the river, and reduces impacts on the endangered mussels."

The $23 million demolition contract is held by Helm Civil, which built the viaducts for the new bridge in Bettendorf.

Demolition of old I-74 bridge to begin next month, landscaping underway

"It will still be fun to watch, though," the post continued. "Be sure to check it out on your walks on the new bridge path and riverfront trails.

Demolition began early this month and is anticipated to be completed mid-2024. The new I-74 bridge was fully opened late last year.

PHOTOS: Old I-74 bridge dismantling in May

Photos: Old I-74 is disappearing

A child was injured Thursday night after falling from a float that was in the North Scott High School Homecoming parade. The float then ran ov…

As the police chief in Blue Grass remains on administrative leave, a councilman who is facing a second charge of drunken driving now is raisin…

A LeClaire daycare provider pleaded guilty Tuesday in connection with the death of an infant in her care in February of 2020, according to Sco…

Davenport Police are investigating a shots fired incident in the 1500 block of Mississippi Avenue.

A Blue Grass city councilman is claiming through his attorney that a city police officer was fired, even though he voted to accept the officer…

Davenport toddler dead from fentanyl, both parents in custody

A Scott County jury on Thursday found a former Davenport school teacher not guilty of a sexual abuse charge.

Moline could be one-step closer to opening pot shop

Moline could be one step closer in opening a pot-shop on Avenue of the Cities.

The auto dealership off Interstate 80 in Davenport has closed.

What Moline is getting for its $3.1 million

The rambling old elevator-making campus on the Moline riverfront is soon to be one of Moline's biggest-ever buys.

At least 3 million children in Sudan are suffering from malnutrition

The Iowa DOT is seeking requests for proposals for a consultant/inspector for the demolition of the remaining structures of the old I-74 bridges. The deadline for bids is Feb. 23.

Demolition work on the bridge is set to begin Sept. 12, and Helm Civil who was awarded the demolition contract will have 300 days to complete it.