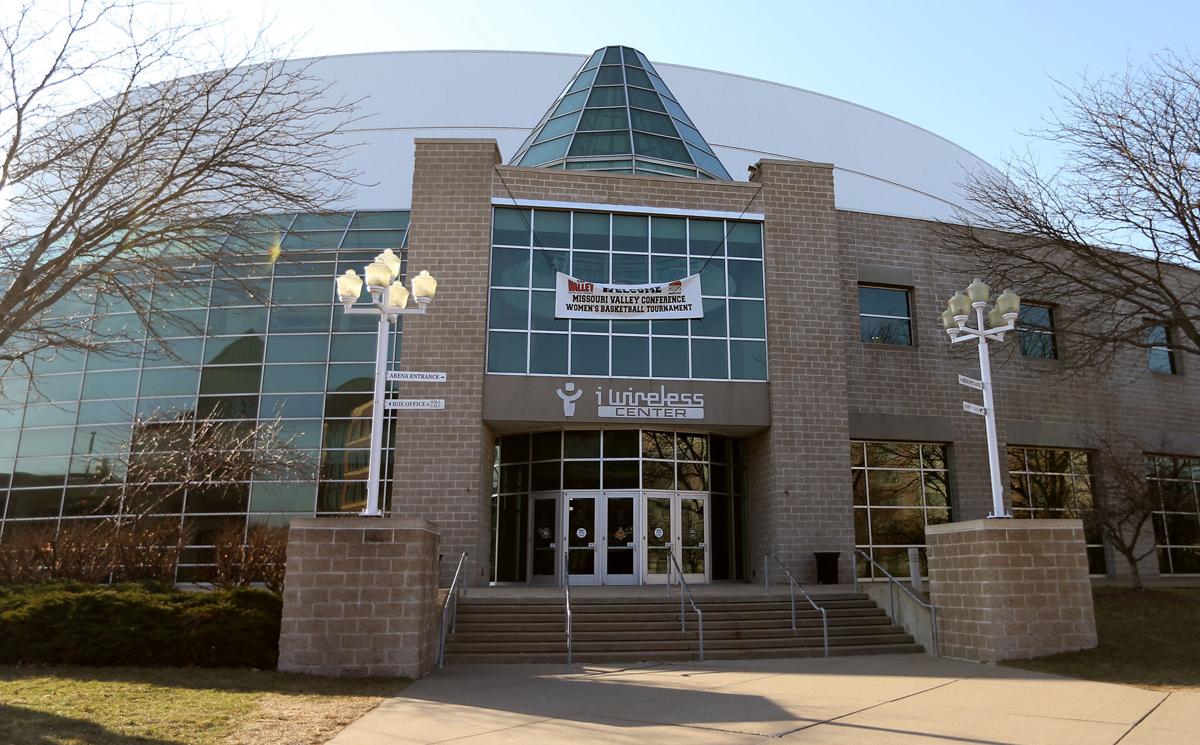 The iWireless Center in Moline will become the TaxSlayer Center on Sunday.

The iWireless Center will officially have a new name on Sunday: the TaxSlayer Center.

The contract, which includes a sponsorship of more than $3.3 million over 10 years, goes into effect on Sunday, Scott Mullen, executive director of the arena, announced Thursday during a news conference.

“We’ve been searching for a new name for the iWireless for some time now,” Mullen said. “We’re very happy to have this deal come about.”

The company is the title sponsor of the TaxSlayer Bowl, the annual college football bowl game originally called the Gator Bowl, held at EverBank Field in Jacksonville, Florida. TaxSlayer also has partnered with PGA golfers such as Patrick Reed and NASCAR driver Dale Earnhardt Jr.

“We have a huge brand awareness in the southeast United States, and we have been pursuing in the last six months an opportunity to get our name our name out in the Midwest,” Chris Moloney, TaxSlayer’s chief marketing officer, said. “The Quad-Cities is the perfect city for us. It’s the perfect match. It is our goal that the Quad-Cities will continue to bring first-class A-quality entertainment to one of the best mid-sized venues in the United States.”

Since the April 2016 announcement that iWireless would cut ties with the arena, the Illinois Quad-City Civic Center Authority board hired a consulting firm, Impressions Sports & Entertainment, to find a new naming-rights partner.

Mullen previously said in July that iWireless would extend its sponsorship of the iWireless Center for two years, a deal he and other officials had in their “back pocket” while negotiations continued.

The former 10-year sponsorship with iWireless included a contract of $4.25 million, or $425,000 in annual support.

The deal with TaxSlayer was the most attractive, Mullen said, especially because of the company’s national brand recognition.

“They gave us a great financial package,” Mullen said. “Having a national brand really makes you look more high-profile. When I’m going to agents in LA and New York and Nashville trying to get shows here, that’s going to a big plus having a name they recognize. It makes it sound a little more big time.”

The new name will be in place next week, just in time for the Chris Stapleton concert on Thursday and the Matchbox 20 concert on Saturday.

Over the next few months, staff will transition the arena’s logos, signs and uniforms. On social media, the venue’s Facebook and Twitter accounts already have been changed to reflect the new name.

As Mullen said, his team has been through this before. iWireless acquired naming rights in 2005, changing the venue's name from The Mark of the Quad-Cities. The Mark opened in 1993 at a cost of $33.4 million.

“The transition might be a little easier this time because The Mark was the only name it had before,” he said. “Every arena changes its name. That’s just how it goes. People will start to recognize it pretty quickly.”

The name change will go into effect on Sunday, Oct. 1. It has a total term of 10 years for a full value of over $3.3 million pic.twitter.com/iA2ppfeS6A

The iWireless Center in Moline will become the TaxSlayer Center on Sunday.