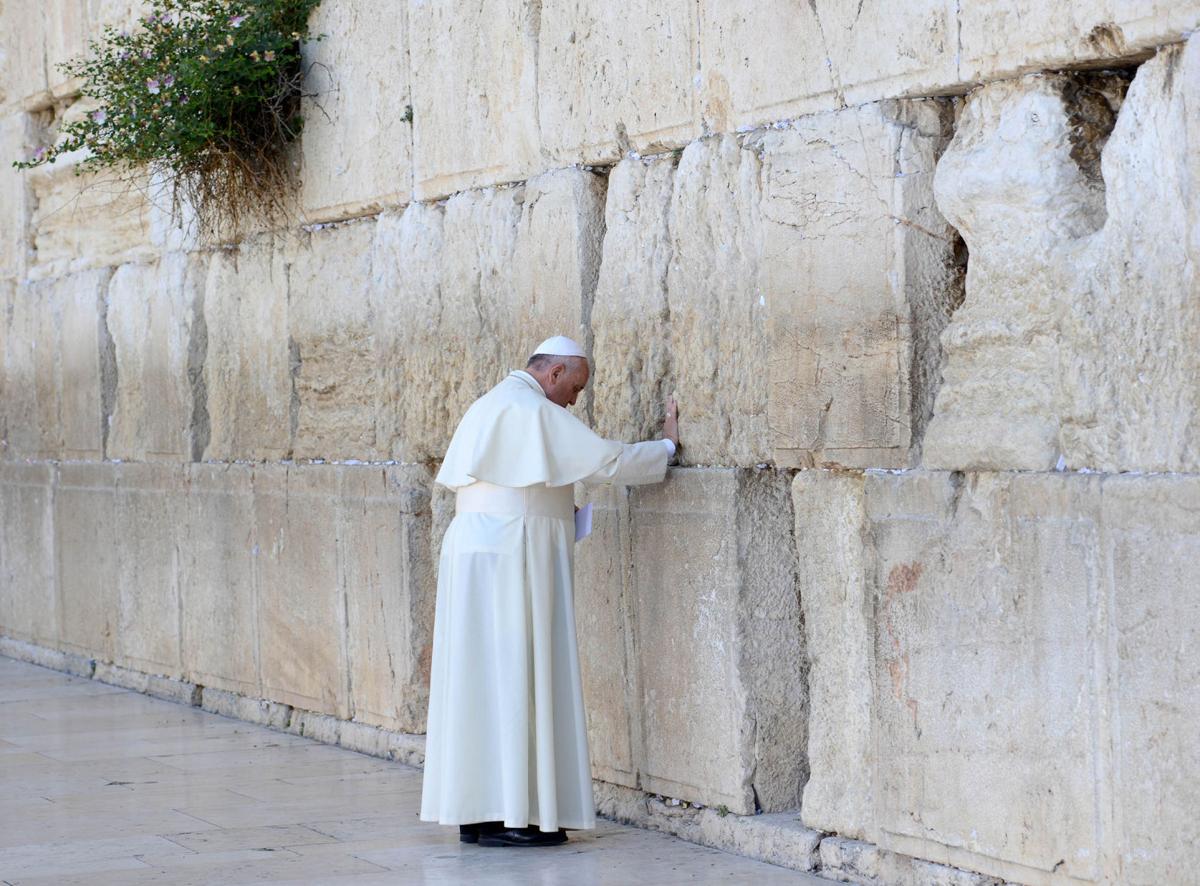 Pope Francis at the Western Wall, during his visit to Jerusalem in 2014. 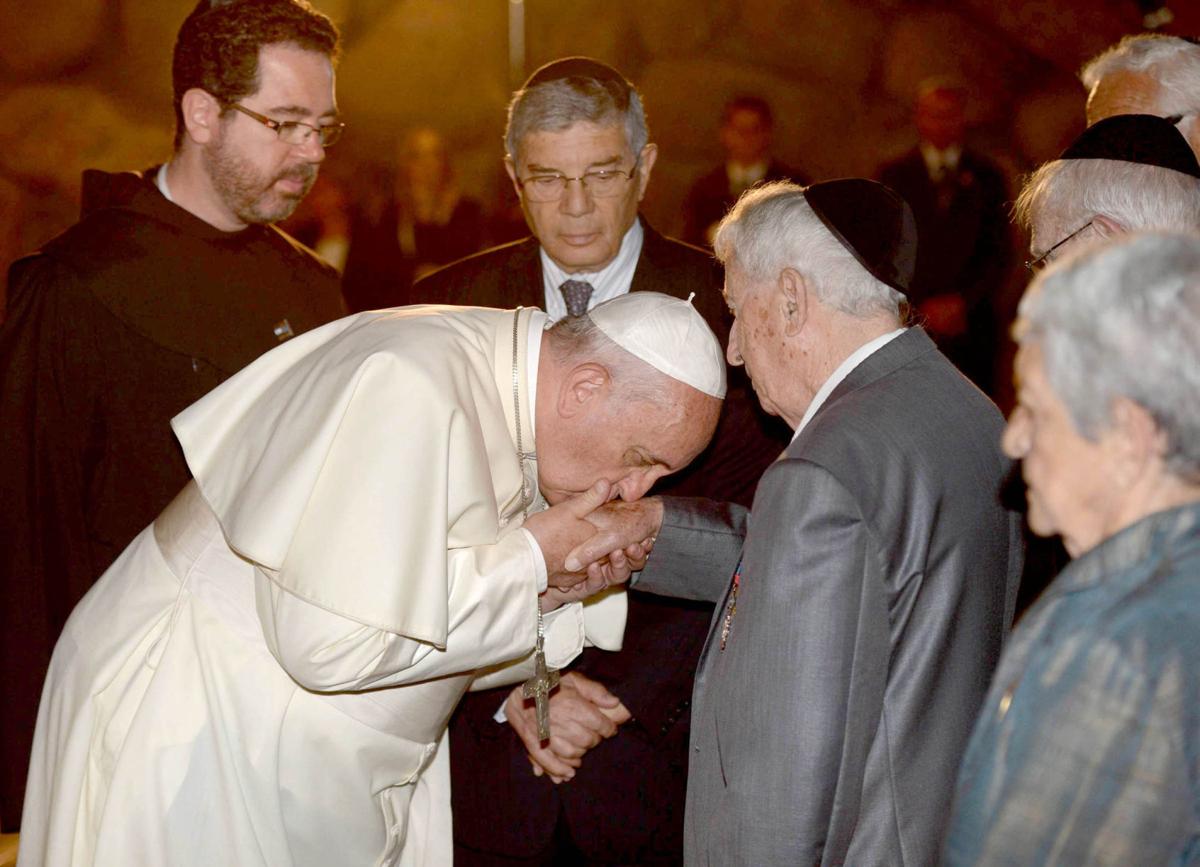 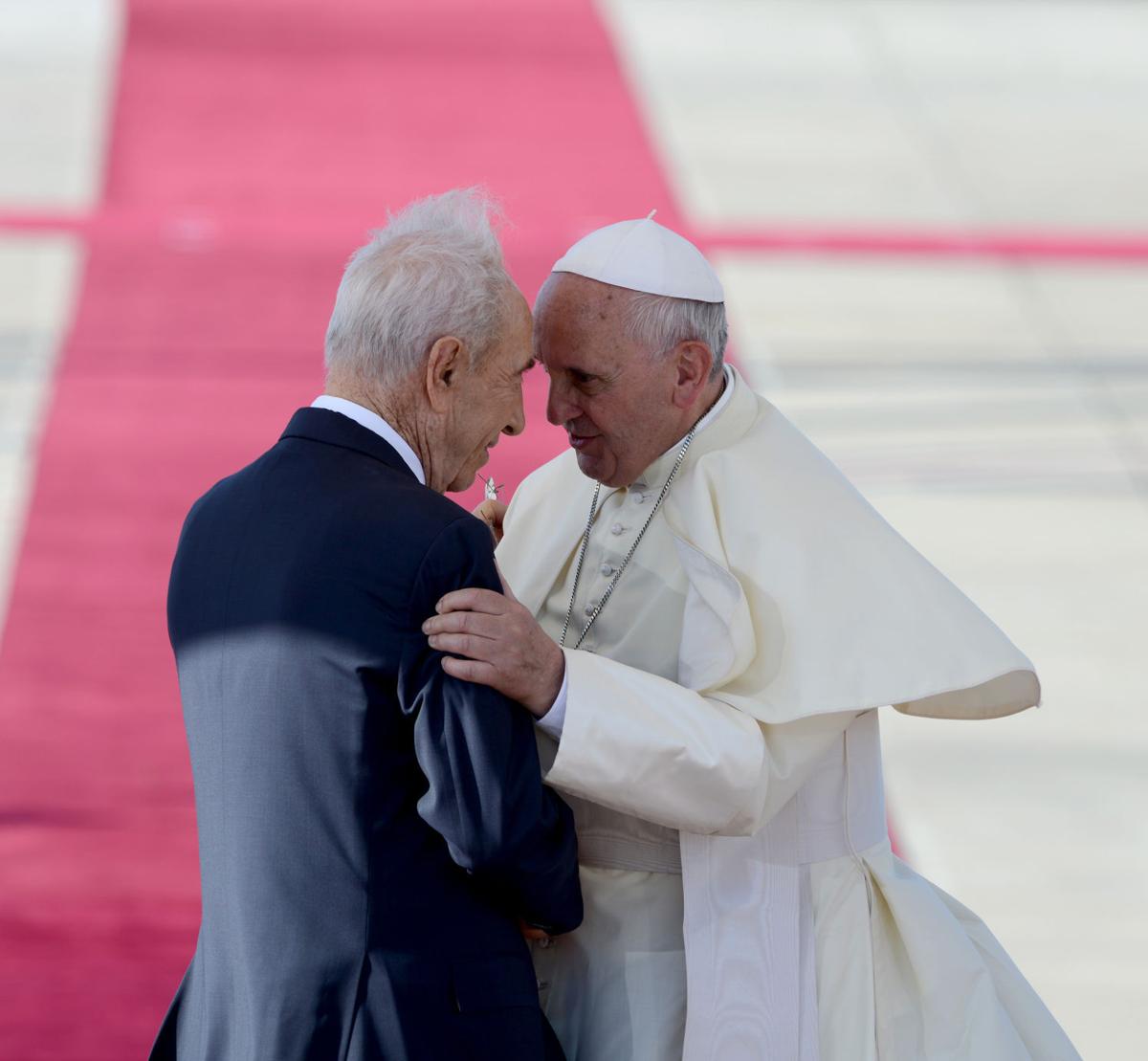 A photographic exploration of 50 years of papal visits to religious sites in Israel will soon be on display at St. Ambrose University, Davenport.

These include: Church of the Holy Sepulchre, recognized as the site of the crucifixion and tomb of Jesus of Nazareth; Yad Vashem, Israel’s official memorial to the victims of the Holocaust; the Cenacle on Mount Zion, considered by Christians the site of the Last Supper; and the Western Wall, also called the Wailing Wall.

The 44 historic images depicts "stirring scenes as well as quiet, intimate moments during visits to the Holy Land," according to Allan Ross, executive director of the Jewish Federation of the Quad Cities.

It illustrates the importance of inter-religious dialogue, especially in this case between Catholics and Jews. "Reflect deeply on the significance of the Jewish roots of our own faith," Pope Francis said on his visit to Jerusalem in 2014, and seek "mutual understanding of our spiritual heritage."

"I am deeply grateful to the Jewish Federation for co-sponsoring this exhibition of the historic visits of recent Popes to the Holy Land,” Diocese of Davenport Bishop Thomas Zinkula said. “I am looking forward to seeing the exhibition and encourage Catholics to join our Jewish brothers and sisters in visiting it."

The St. Ambrose president agreed. "Jerusalem is an important holy site for many believers, including Jews, Christians and Muslims," Sister Joan Lescinski said. "We are pleased to be able to partner with other sponsors to offer this exhibit to the community."

The exhibit was most recently at Notre Dame University in Indiana, but also has been at: DePaul University in Chicago, Mundelein Seminary in Mundelein, Illinois, Marquette University in Milwaukee, and the Jewish Federation in Fort Wayne, Indiana.

The exhibits will be showcased at the Galvin Fine Arts Center and at the St. Ambrose Library on campus from Jan. 5 through Feb. 21. Starting Feb. 22, the entire exhibit will be displayed at the library through the end of the spring semester, May 11.

When to see the exhibit

Pope Francis at the Western Wall, during his visit to Jerusalem in 2014.