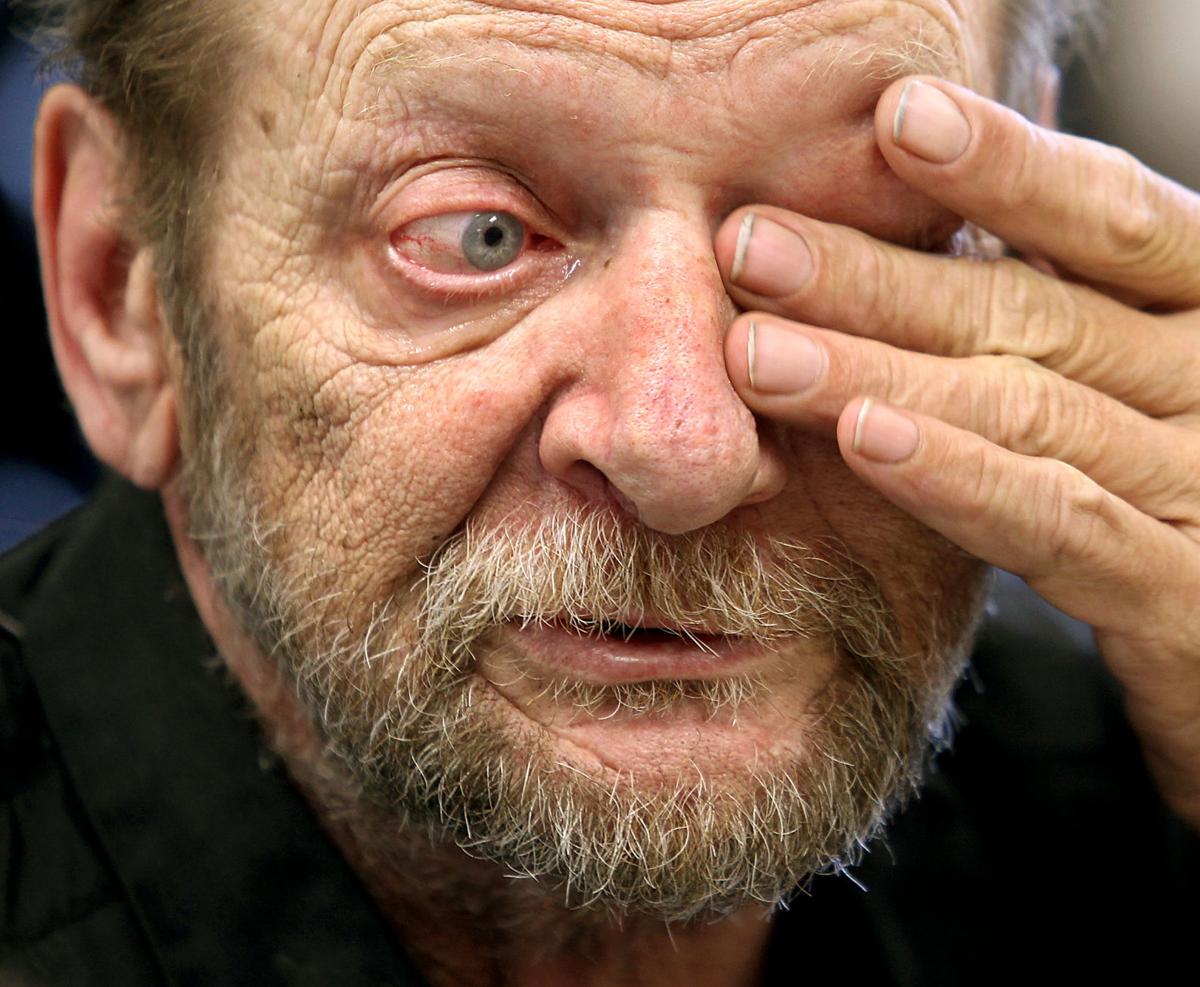 Dennis Appleby talks to reporters during a vigil last year in East Moline to mark the 20th anniversary of the disappearance of his daughter, Trudy Appleby. 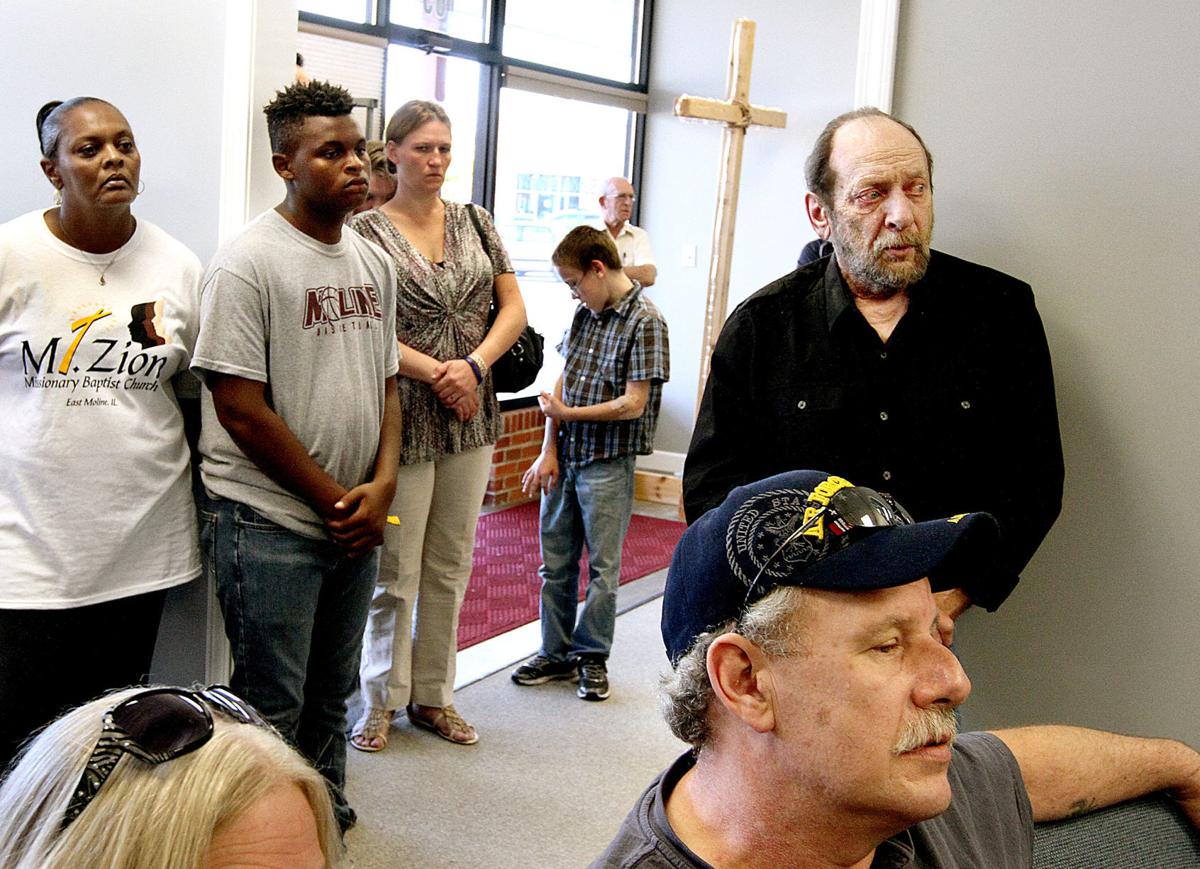 Dennis Appleby, right, stands in First Baptist Church in East Moline during a vigil Aug. 21 to mark the 20th anniversary of the disappearance of his daughter, Trudy Appleby. 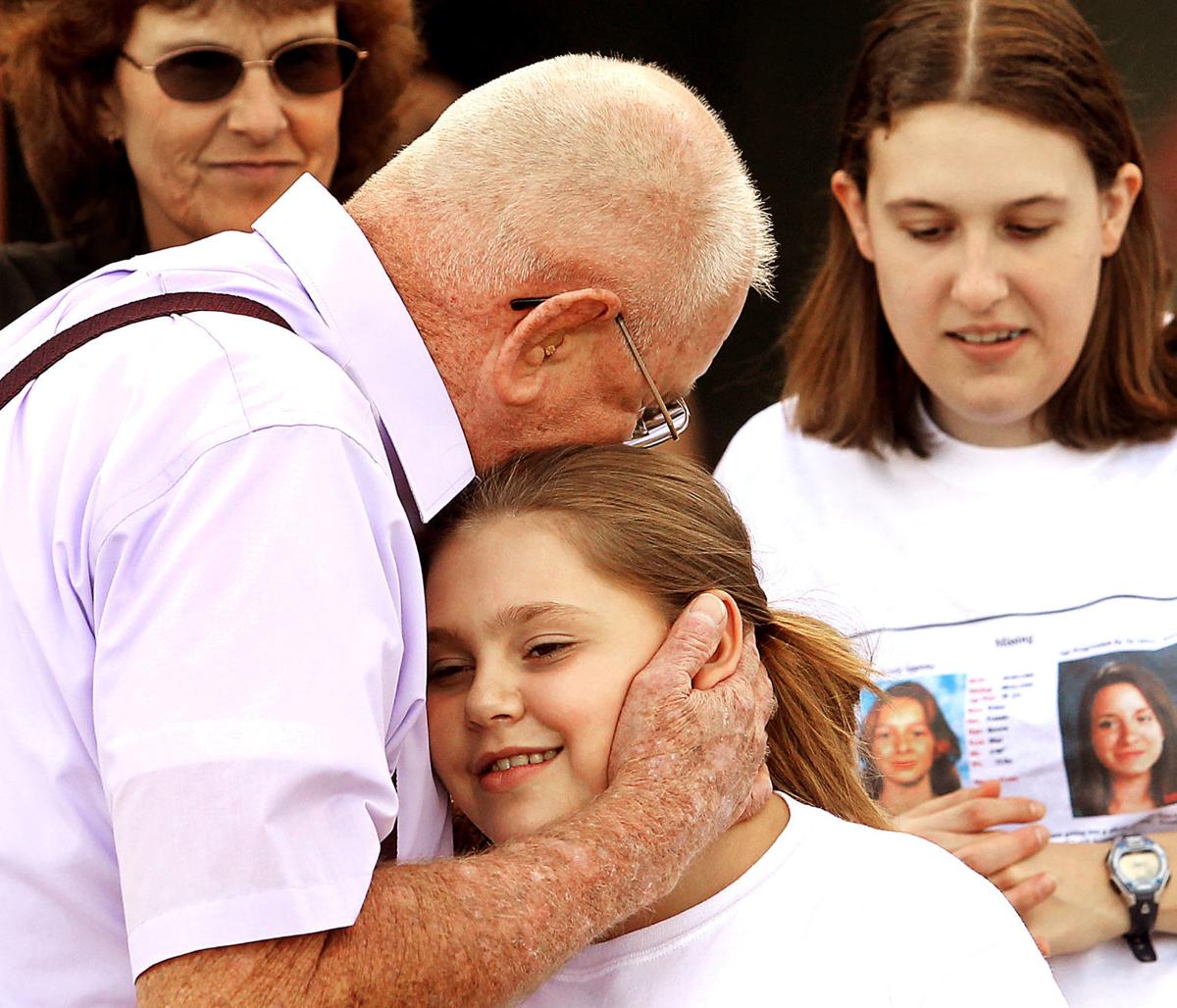 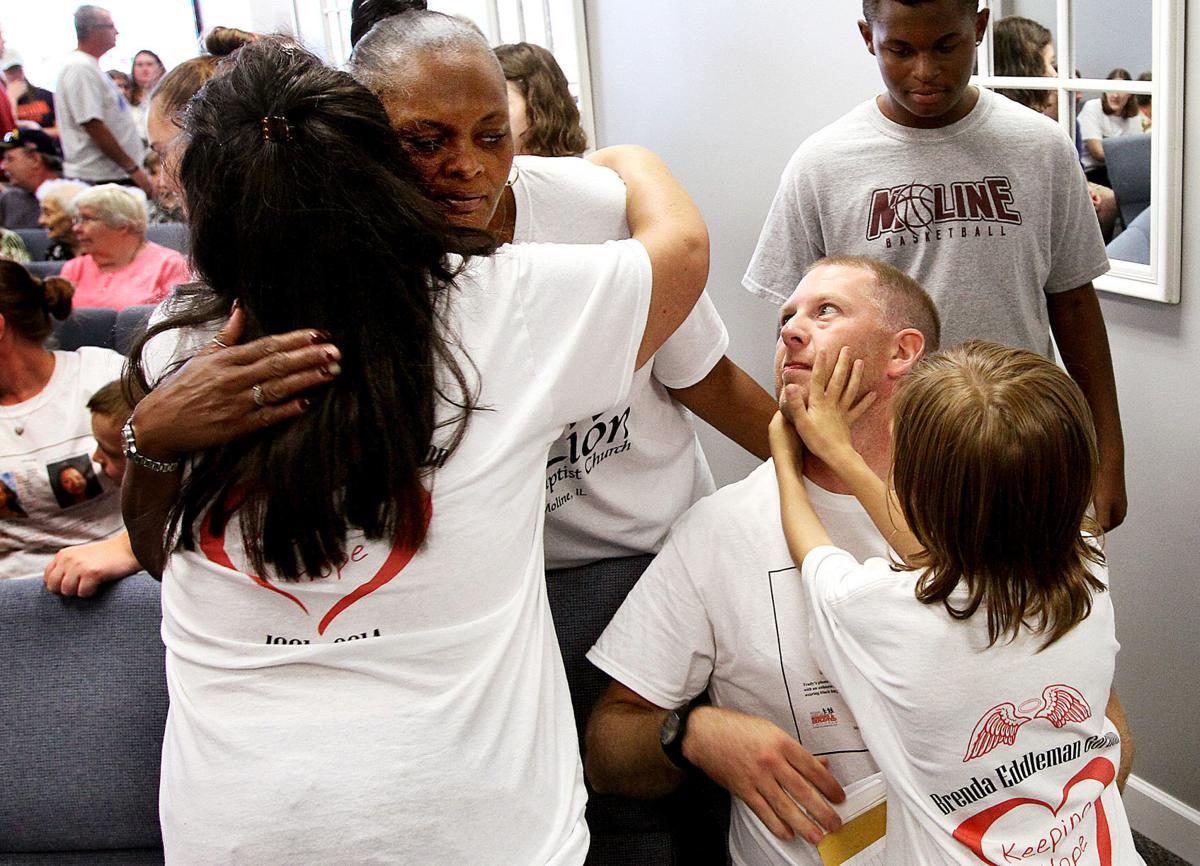 Ray Eddleman, right, is comforted Sunday after he spoke at First Baptist Church in East Moline during a vigil to mark the 20th anniversary of the disappearance of his niece, Trudy Appleby.

Moline police revealed Sunday night for the first time they believe they know who abducted 11-year old Trudy Appleby on Aug. 21, 1996, but officials don’t know why or what happened to her.

Moline detective Michael Griffin told Appleby’s relatives and friends during a remembrance vigil at First Baptist Church of East Moline that police doubt she is alive. He declined to name the suspect.

“We know who’s responsible, and while he’s probably deceased, his family chooses to lock away the secrets that would end (Trudy’s) family’s nightmare," Griffin said.

The detective is disappointed that the suspected abductor’s family celebrates life frequently but members refuse to honor the Appleby family bond.

“How can you boast of your family time with pictures posted on social media, yet keep this secret?” he asked.

“You have to have the courage to do the right thing.”

Griffin added that the family can come forward anonymously, and the Crimestoppers program offers up to a $1,000 reward for case information.

Griffin said that over the years officers have come to the same conclusion that Trudy willingly stepped into a four-door gray sedan with a white male near her home. He said that anytime new evidence turned up, including witness statements, it always led back to the same family.

Moline Capt. Trevor Fisk praised all the detectives who have worked this case over the years, and he agreed it was time to reveal this information. He said Griffin was the man to do it.

“He’s been the lead detective for over a year, and he doesn’t turn it off — he’s focused, an outside-the-box thinker.”

Police said they have received tips after every remembrance vigil over the years and have followed every lead. Police are hoping for more today.

“That’s how we’re going to solve this,” Griffin said.

Trudy’s father, Dennis Appleby, remembers his daughter as outgoing, fearless, adventurous and a good kid. But he said he still feels like “hell” 20 years later, adding how amazed he is by all the people still showing support. When asked what he would say to the suspect’s family, he answered, “Why? Why? Why did he do it? Why has it taken 20 years to say anything?”

He then started to cry as he continued by saying, “Why do you get to go on with your lives, enjoying things that Trudy didn’t? Why is that fair? What did she ever do?"

Trudy’s mother, Brenda Gordon, was killed by a drunk driver Oct. 10, 2014, while crossing Avenue of the Cities in Moline, near the East Moline border. She was 53.

The Rev. Dan Yeager led prayers and a discussion of the case, urging “just one person to step forward and reveal the whereabouts of Trudy.”

He went to the Bible, quoting St. John: “You will know the truth, and the truth will set you free.”

Trudy’s uncle, Ray Eddleman, then spoke to the crowd of about 80 adults and children. He wondered whether Trudy’s suspected death was an accident, an unintentional act. He asked the suspect's family to "Make that phone call."

While Eddleman spoke, someone in the crowd sobbed.

He then held up a thick notebook full of old newspaper articles from the past 20 years about the case. “This book is Trudy. How can I hug this? Just give us Trudy back so we can lay her to rest.”

Yeager ended his talk by paraphrasing St. Luke and St. Mark: “When something is done in secret and darkness, it will come to light.”

He then echoed everyone else’s thoughts that he hopes this is the last vigil for the girl.

Dennis Appleby appeared weary, saying, “I want this to end.”

Publicity surrounding the 20th anniversary of Trudy Appleby's disappearance has sparked new interest in the unsolved Moline case, which caught…

They would call out to each other to make sure they were safe.

Amber Holderfield of East Moline talks about the Aug. 21, 1996, disappearance of her best friend, Trudy Appleby, while visiting the Moline nei…

A man who died in 2014 is believed to be the last person to have seen 11-year-old Trudy Appleby in 1996, according to a news release issued Th…

Amber Holderfield awoke to a tearful phone call Thursday from her mother with news about her childhood friend, Trudy Appleby, who disappeared …

As part of a television documentary, a Dubuque psychic visited a Davenport salvage yard in an effort to find the remains of Trudy Appleby, who…

Dennis Appleby talks to reporters during a vigil last year in East Moline to mark the 20th anniversary of the disappearance of his daughter, Trudy Appleby.

Dennis Appleby, right, stands in First Baptist Church in East Moline during a vigil Aug. 21 to mark the 20th anniversary of the disappearance of his daughter, Trudy Appleby.

Ray Eddleman, right, is comforted Sunday after he spoke at First Baptist Church in East Moline during a vigil to mark the 20th anniversary of the disappearance of his niece, Trudy Appleby. 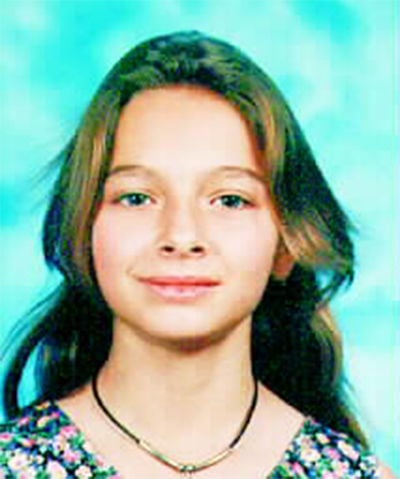