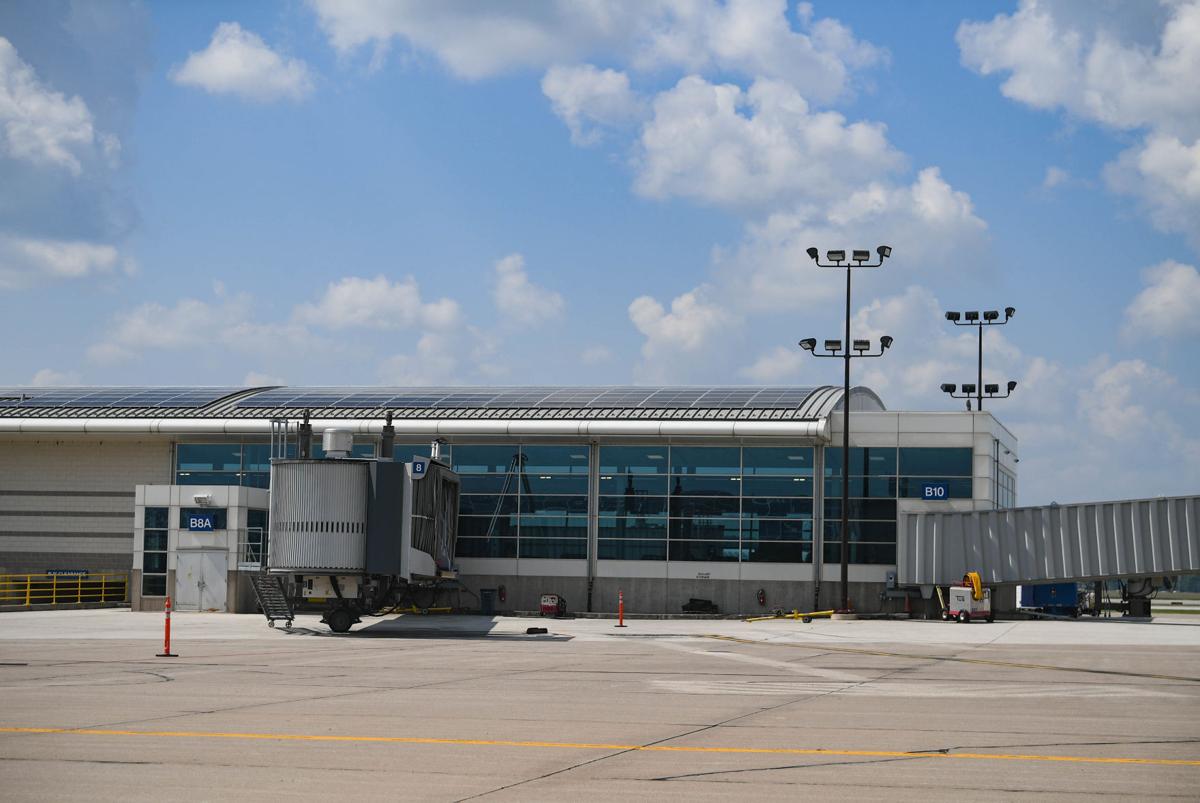 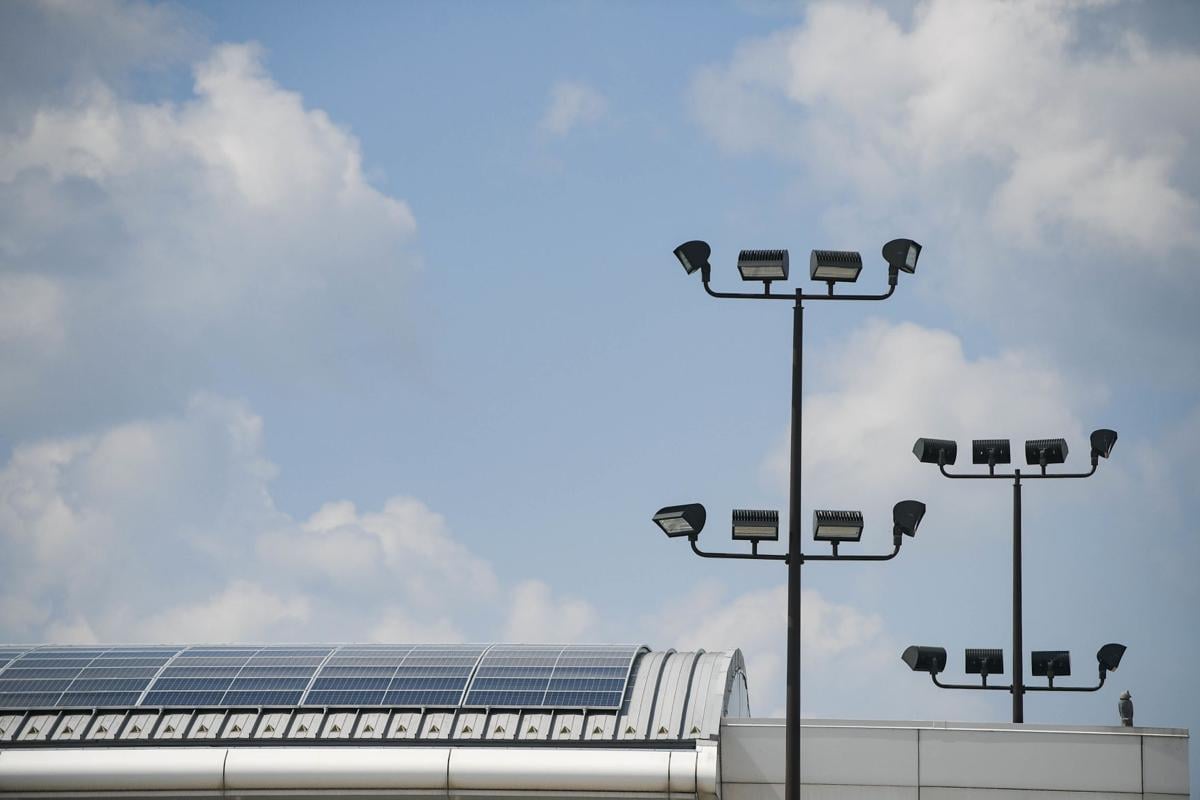 The roof of the Quad Cities International Airport has a new look for travelers passing through.

The municipal airport recently finished installing solar panels on the roofs of its short term parking overhang and atop the airport terminal.

The 1.9-megawatt system is expected to save the airport roughly $600,000 in energy costs over the next decade, said Joseph Goetz, airport operations manager.

The airport worked with WCP Solar, a Naperville, Ill., company, to own, operate and maintain the project under a “solar power purchase agreement.” The $8 million project was financed by WCP Solar at no expense to the airport.

“This allows the airport to receive stable and low-cost electricity while WCP Solar receives the tax credits and income generated from the sale of the electricity,” Goetz wrote in an email. “WCP Solar in turn sells the solar credits to MidAmerican Energy to further offset their environmental impact/footprint.”

Goetz said the solar panels would undergo about three months of tests and system preparation and start operating in November.

“The easiest way to explain it is the airport is playing host as the site of the panels,” Goetz said.

The solar panels are expected to cover about half of the airport’s energy consumption, Goetz said. The other half is supplied through the airport’s current energy provider, MidAmerican Energy.

The project is an Illowa Impact Agreement, Goetz said, and is one of the larger solar projects on an airport going on in the Midwest.

The airport started working on the project in 2019, Goetz said.

Everton Walters, the president of WCP Solar, said his company put in a bid for the project at that time. WCP Solar has done solar projects on schools and other government facilities since the company started in 2007, Walters said. Local subcontractors such as Moxie Solar, which installed the panels, also worked on the project.

In March, the airport announced plans for $20 million to $40 million in large-scale improvements and upgrades.

Those improvements are set to take years and include widening TSA security checkpoints and walkways in the ticketing area, renovated restrooms, adding a canopy to the curbside drop-off area and an indoor/outdoor viewing space and garden area near the baggage claim.

The goal start date for construction on some of the larger renovations is slated to be 18 months after the March announcement, airport spokesperson Ashleigh Johnston said, or about August 2022.

In the meantime, she said the airport commission and staff have been prioritizing projects so the renovations have as little disruption as possible to passengers.

She said the airport would likely start with outdoor, non-disruptive projects first that immediately improve passenger experience, such as adding a canopy over the top of the drop off curb.

Other projects, such as the solar panels and adding new terminal seating, she said, have already begun or finished.

Over the course of the renovations, Johnston said the airport would draw on a variety of different funding sources, including government grants, the airport's own capital, and public-private partnerships in the case of the solar panels.

Sarah is Bettendorf, East Moline, and Silvis reporter for the Quad City Times covering local government and news in the those areas. She graduated from the University of Iowa this spring and was the editor of the student-run newspaper The Daily Iowan.