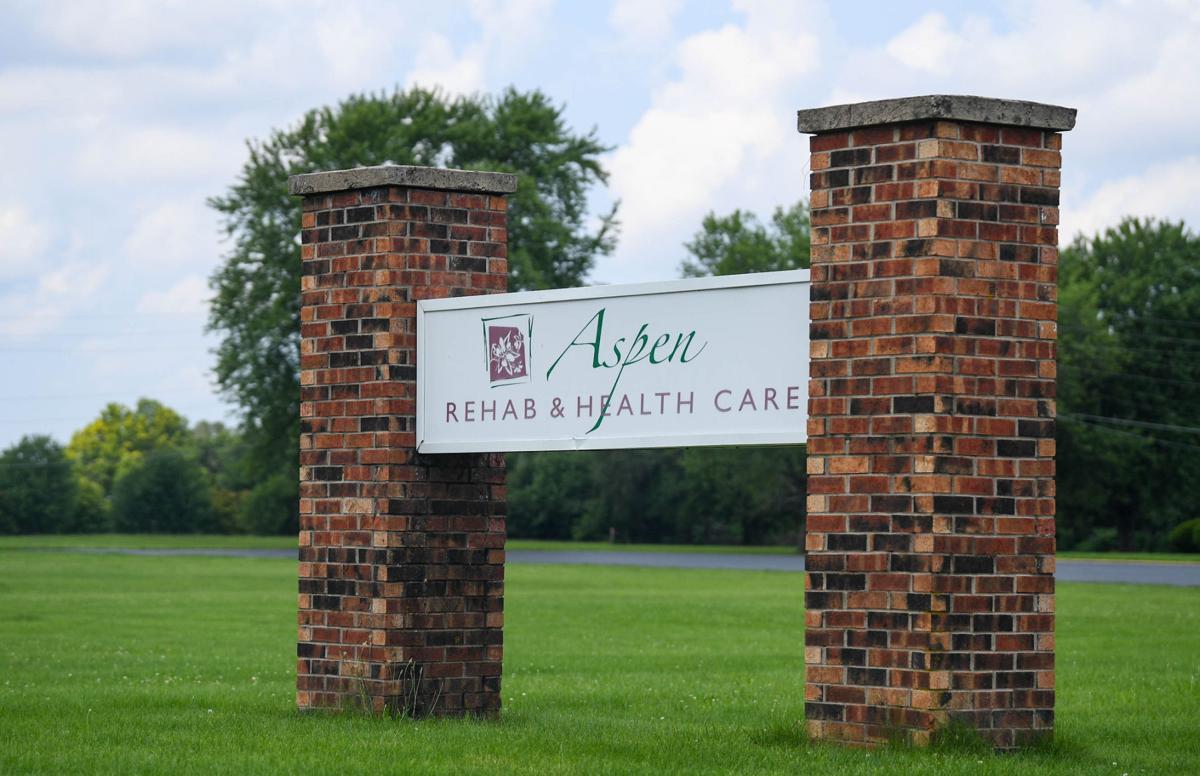 Aspen Rehabilitation and Health Care in Silvis is among the nursing and rehabilitation facilities cited by the state for its treatment of residents. 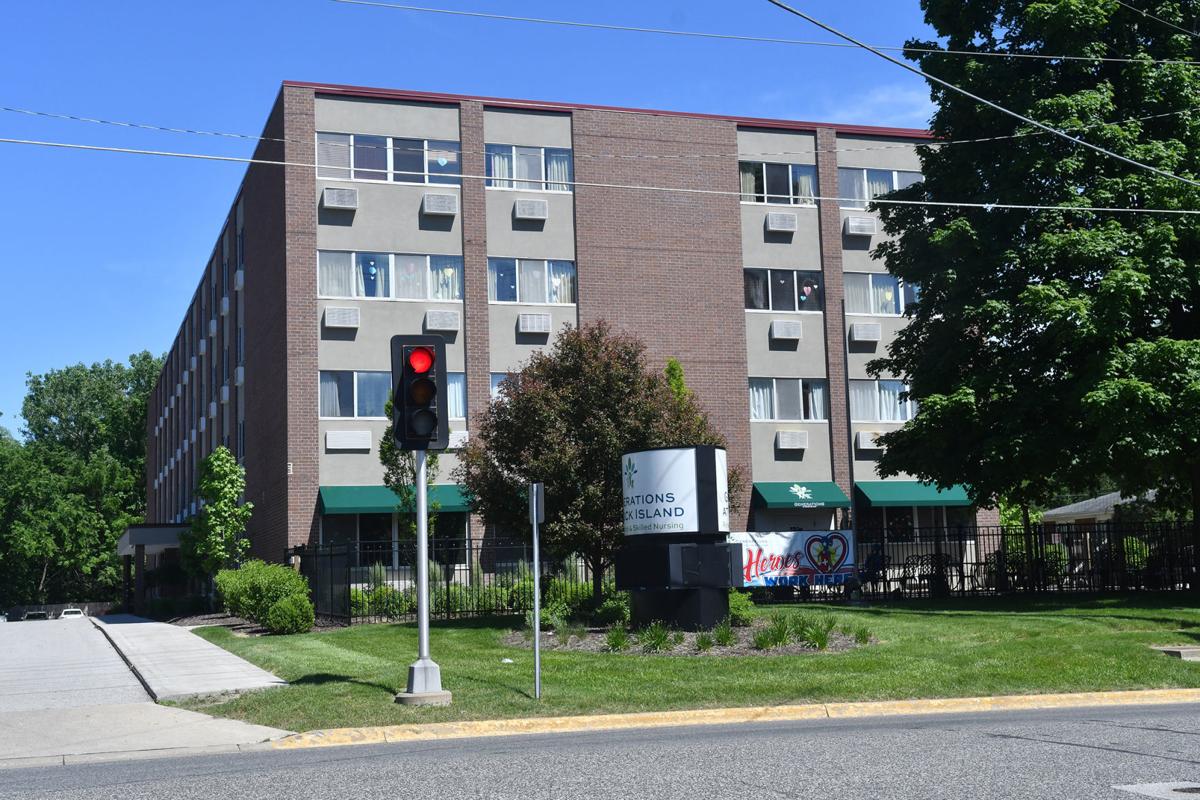 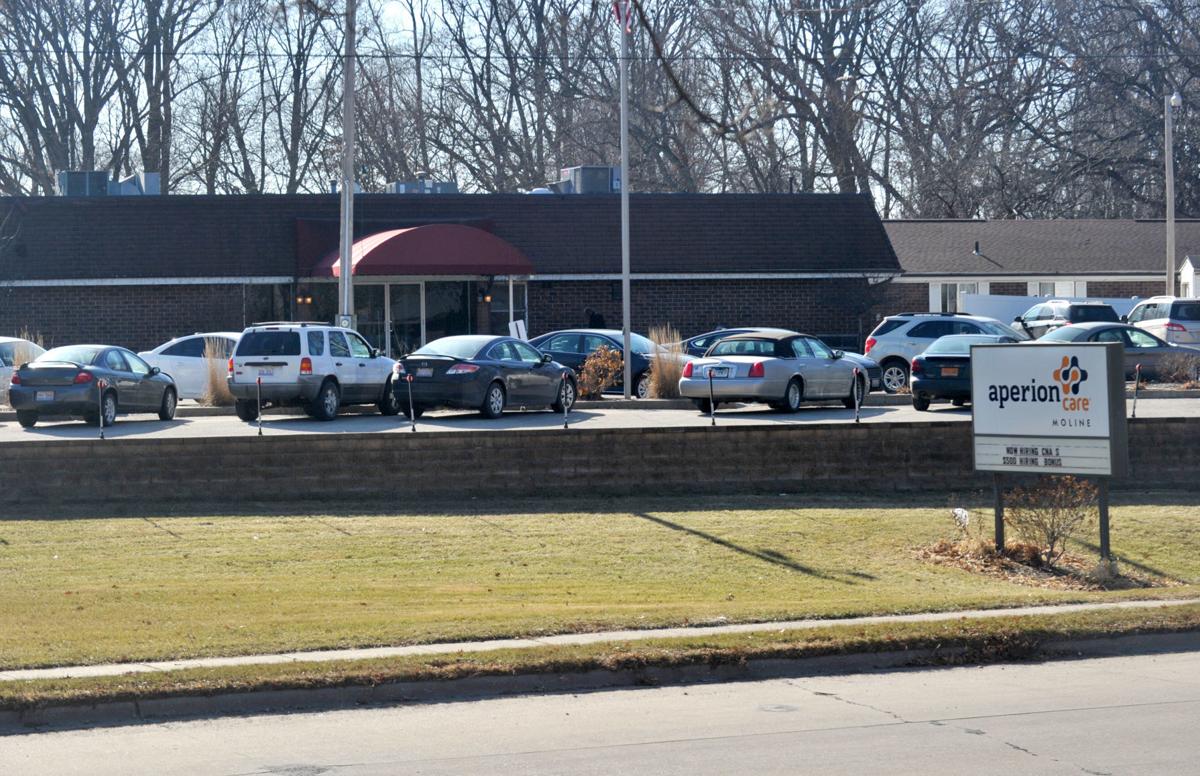 Three local nursing homes have been cited by the Illinois Department of Public Health and fined a total of $79,400 related to the abuse and neglect of residents, including the choking death of a man, according to recent reports from the state.

The nursing facilities that were cited are Aspen Rehab and Healthcare in Silvis, Generations at Rock Island and Serenity of Moline.

Aspen Rehab and Healthcare, 1403 9th Ave., Silvis, was fined $25,000 and cited for 10 licensure violations related to the choking death of a 62-year-old man Oct. 10, 2020. The nursing facility is owned by Petersen Healthcare, based in Peoria.

According to the IDPH's first quarter report for 2021, a male resident who suffered from anxiety, schizophrenia and dementia was admitted to the facility March 8, 2019. Because the resident was known to be susceptible to choking, he was placed on diet of "regular, thin liquids and cut up meat."

The following day, on March 9, 2019, a dietician's assessment report stated, "Swallowing problems identified: shoves food into mouth." The resident was placed on a feeding plan that required him to eat meals at a feeder table while under the supervision of nursing staff.

Less than one month later, the IDPH report notes the resident suffered a choking incident April 7, 2019, during which the Heimlich maneuver had to be administered to dislodge a piece of meat and save the man's life.

According to dietary notes for the resident dated Oct. 31, 2019, the facility's dietician "recommended all breads be quartered and moistened on both sides with butter, gravy or jelly at every meal."

At 6 p.m. on Oct. 10, 2020, a licensed practical nurse (LPN) observed the resident choking and had turned grayish in color. The man was pulled onto the floor, staff removed his dentures and excess food from his mouth, abdominal thrusts were initiated and 911 was called. A police officer arrived and performed CPR and used an AED (Automated External Defibrillator) machine in an attempt to revive the man, who by then had lost consciousness.

When emergency medical services arrived, forceps were used to remove the rest of the obstruction from the man's throat. He was pronounced dead at 6:44 p.m. According to the report, 24 residents were living at the facility at the time.

Following an investigation by IDPH, a certified nursing assistant (CNA) stated on Oct. 24, "I have been working here about a month. I didn't know (the resident's) bread was supposed to be moistened. I guess (he) had special instructions for eating, but I wasn't aware of them. No one told me (the resident) shoved food into his mouth; I didn't know. I delivered his tray and left the room. (He) had a grilled tuna melt, cut up. The bread wasn't wet."

The director of nursing reported to IDPH investigators, "(The resident) had a long history of choking and needed to be monitored. Unfortunately, the (CNA) stepped out of the room that night."

Generations at Rock Island, 2545 24th St., Rock Island, was fined $52,200 and cited for 15 licensure violations by IDPH in Sept. 2020 for the abuse and neglect of three residents related to several incidences at the facility and "neglecting to provide skin assessments and physician-ordered treatments for five out of eight residents reviewed for wound care."

According to fourth quarter reports, a female resident missed a dialysis treatment because there was not enough staff or a sling to help her get out of bed. The resident, who was admitted in Dec. 2019, also told IDPH investigators on Sept. 1, 2020, "I have only had three showers since I was admitted in December and I do not think my hair has been washed for a couple of months."

The resident also reported that she had two bed sores, one on her right hip and another in the groin area, that were not being taken care of by nursing staff.

"I got a bandage put on yesterday; I am lucky to have my treatment done once a month," she told investigators.

More open wounds on the resident's abdomen were noted by nursing staff who also reported that the resident's bathing schedule showed no showers for the months of June, July or August, and she did not receive bed baths, either.

According to the IDPH report, a licensed practical nurse (LPN) told investigators that she informed the director of nursing "residents complain about their (wound) treatments not getting done and that (physical therapists) have complained of not being able to do therapy treatments due to residents' wound dressing falling off."

In another incident, The IDPH report stated a male resident fell out of bed at 4:50 a.m. on Sept. 1, 2020, and "laid there until the day shift came in." The man yelled for help while his roommate turned on the call light and "about an hour later, the LPN came to his door, made a rude comment, and walked away."

At that time, the roommate called 911, but when 911 called back, the LPN told them not to come to the facility. The fire department arrived at 6:45 a.m. and helped day shift staff get the man up off the floor.

The resident told IDPH investigators an open wound on her right heel was getting worse, despite telling "the staff and the doctor." She then spoke with a podiatrist at the hospital, who "told her if her wound got any worse, she would most likely have her leg amputated."

And in another incident, a female resident fell and broke her hip while waiting for assistance to go to the bathroom on Aug. 26, 2020. A nurse told IDPH investigators that on the night of Aug. 26, "There are 42 people on the (4th) floor. The only had one nurse and one CNA last night. We had a resident fall and we sent her to the hospital. Her call light was on, but no one answered it.

"We've had more falls because we don't have enough staff to answer call lights and take care of residents like we need to. We can't do everything with one nurse and one CNA. Call lights will go off for hours."

Multiple attempts to reach the administrator of Generations at Rock Island and Director of Nursing Danielle Brown were unsuccessful.

Serenity of Moline, 430 South 30th Ave., East Moline, was fined $2,200 and cited for three licensure violations by IDPH related to the abuse and neglect of a resident in the fourth quarter.

The facility is the former Aperion Care nursing facility.

According to the IDPH report, in August 2020, a female resident was reported to have developed an open pressure wound on her tailbone that was not being cleaned or bandaged. A CNA told IDPH investigators the sore had grown from the size of a pea to the size of a half dollar and "it is black and smells."

An LPN told investigators the wound nurse practitioner had been on vacation for two weeks and the resident's wound, now categorized as a stage 4 pressure ulcer, was not being treated. Open wounds also were reported on the resident's right and left heels.

Quad-City anesthesiologist sentenced to one year in jail, twelve months probation for reckless conduct and assault

Davenport police confirmed Tuesday they responded to a burglary call early Monday morning where a vehicle was stolen.

Aspen Rehabilitation and Health Care in Silvis is among the nursing and rehabilitation facilities cited by the state for its treatment of residents.