WASHINGTON — Members of the House on Tuesday pushed through a short-term increase to the nation's debt limit, ensuring the federal government can continue fully paying its bills into December and temporarily averting an unprecedented default that would have decimated the economy.

Congresswomen representing the Quad-Cities voted along party lines on the measure.

“Addressing the debt ceiling has long been a bipartisan obligation and default would result in millions of jobs lost and a devastating recession," Bustos said. "But today’s measure was simply not enough — we must get back to work to find a longer-term solution.”

U.S. Rep. Mariannette Miller-Meeks, R-Iowa, who represents the state’s 2nd Congressional District that includes Scott County, voted against the measure, saying, “As a State Senator, I worked in a state with a governor and legislature that had prudent, conservative budgeting policies.” Miller-Meeks said the state increased funding for education, health care and mental health, including children’s mental health. “And yet, despite funding all of our priority programs, we have a $1.2 billion surplus,” she said.

“In Congress, we have a political party, who despite having the narrowest of majorities, is acting and conducting their affairs like they have a huge mandate to have trillions of dollars in new spending,” she added. “Meanwhile, back in Iowa and across the United States, we’re seeing the effects of inflation, our wages are not keeping up with increased prices, be they at the gas prices, at the grocery store or in the educational system. I couldn’t responsibly vote to increase the debt limit when you had a partisan political process where Republicans were excluded from even having input into how this reconciliation package and budget package are being done. Therefore I voted no.”

The $480 billion increase in the country's borrowing ceiling cleared the Senate last week on a party-line vote. The House approved it swiftly so President Joe Biden can sign it into law this week. Treasury Secretary Janet Yellen had warned that steps to stave off a default on the country's debts would be exhausted by Monday, and from that point, the department would soon be unable to fully meet the government's financial obligations.

A default would have immense fallout on global financial markets built upon the bedrock safety of U.S. government debt. Routine government payments to Social Security beneficiaries, disabled veterans and active-duty military personnel would also be called into question.

The relief provided by passage of the legislation will only be temporary though, forcing Congress to revisit the issue in December — a time when lawmakers will also be laboring to complete federal spending bills and avoid a damaging government shutdown. The yearend backlog raises risks for both parties and threatens a tumultuous close to Biden's first year in office.

"I'm glad that this at least allows us to prevent a totally self-made and utterly preventable economic catastrophe as we work on a longer-term plan," said Rep. Jim McGovern, D-Mass.

Republicans signaled the next debt limit debate won't be any easier and warned Democrats not to expect their help.

"Unless and until Democrats give up on their dream of a big-government, socialist America, Republicans cannot and will not support raising the debt limit and help them pave the superhighway to a great entitlement society," said Rep. Tom Cole, R-Okla.

Procedurally, the House took a single vote Tuesday that had the effect of passing the Senate bill. The measure passed by a party-line vote of 219-206.

The present standoff over the debt ceiling eased when Senate Republican leader Mitch McConnell, R-Ky., agreed to help pass the short-term increase. But he insists he won't do so again.

In a letter sent Friday to Biden, McConnell said Democrats will have to handle the next debt-limit increase on their own using the same process they have tried to use to pass Biden's massive social spending and environment plan. Reconciliation allows legislation to pass the Senate with 51 votes rather than the 60 that's typically required. In the 50-50 split Senate, Vice President Kamala Harris gives Democrats the majority with her tiebreaking vote.

Lawmakers from both parties have used the debt ceiling votes as leverage for other priorities. House Speaker Nancy Pelosi threatened to vote against raising the debt ceiling when President Donald Trump was in office, saying she had no intention of supporting lifting the debt ceiling to enable Republicans to give another tax break to the rich. And Republicans in 2011 managed to coerce President Barack Obama into accepting about $2 trillion in deficit cuts as a condition for increasing the debt limit — though lawmakers later rolled back some of those cuts.

Pelosi told reporters Tuesday that over the years Republicans and Democrats have voted against lifting the debt ceiling, "but never to the extent of jeopardizing it."

Pelosi offered her hope that Congress would lift the debt ceiling in a bipartisan way this December because of the stakes involved. But she also floated a bill sponsored by Rep. Brendan Boyle, D-Pa., that would transfer the duty of raising the debt limit away from Congress and vest it with the Treasury secretary, saying, "I think it has merit."

In his focus on the debt limit, McConnell has tried to link Biden's big federal government spending boost with the nation's rising debt load, even though they are separate and the debt ceiling will have to be increased or suspended regardless of whether Biden's $3.5 trillion plan makes it into law.

"Your lieutenants on Capitol Hill now have the time they claimed they lacked to address the debt ceiling through standalone reconciliation, and all the tools to do it," McConnell said in a letter to the president. "They cannot invent another crisis and ask for my help."

McConnell was one of 11 Republicans who sided with Democrats to advance the debt ceiling reprieve to a final vote. Subsequently, McConnell and his GOP colleagues voted against final passage.

The debate over the debt ceiling has at times gotten personal. McConnell last week suggested that Democrats were playing "Russian roulette" with the economy because they had not dealt with the debt ceiling through the process he had insisted upon. He called out Pelosi for traveling to Europe last week.

"I can only presume she hopes the full faith and credit of the United States will get sorted out," McConnell said.

Pelosi did not let the shot pass. "Russian roulette from Moscow Mitch. Interesting," she said.

"Nobody has clean hands when it comes to the debt limit," he said.

Because the Senate bill only allowed for a stopgap extension, Hoyer called it a "lousy deal."

"And then we're going to play this game one more time, a despicable and irresponsible act for adults who know better," Hoyer said.

Rep. Chip Roy, R-Texas, said he wanted to "thank" Hoyer for sharing that he had previously voted for raising the debt ceiling 49 times.

"When he came into this body, the debt was about a trillion dollars," Roy said. "Thank you, I guess, on behalf of the people of America who are staring at 28-and-a-half trillion dollars of debt."

The current debt ceiling is $28.4 trillion. Both parties have contributed to that load with decisions that have left the government rarely operating in the black.

The calamitous ramifications of default are why lawmakers have been able to reach a compromise to lift or suspend the debt cap some 18 times since 2002, often after frequent rounds of brinkmanship.

Darien Ramsdale, the man paralyzed in shooting in District of Rock Island in 2020, dies

Darien Ramsdale, the 23-year-old man who was paralyzed after being hit by a stray bullet in the District of Rock Island on the morning of Aug.…

Some alumni of Alleman High School in Rock Island have withheld donations amid a lack of response from leadership about concerns of falling enrollment.

Update: One organizer of the rally says this rally has been canceled and its organizers support the injunction. Another, Honda Wang, tweeted t…

Striking UAW workers say a judge’s order that is limiting their picketing activities outside a Davenport plant was issued improperly, and they… 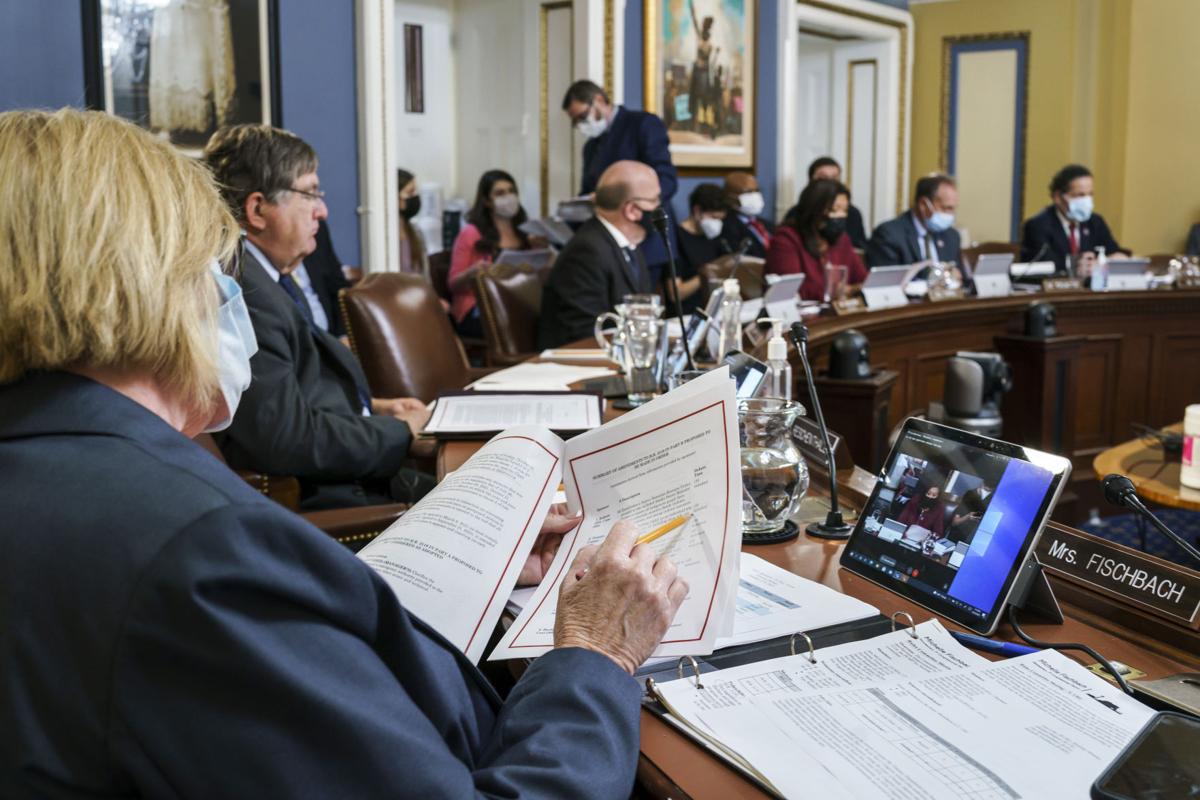 Rep. Michelle Fischbach, R-Minn, looks at the final version of the bill to increase the debt limit as the House Rules Committee meets Tuesday, Oct. 12, at the Capitol in Washington. The vote in the House will ensure the federal government can continue fully paying its bills into December. 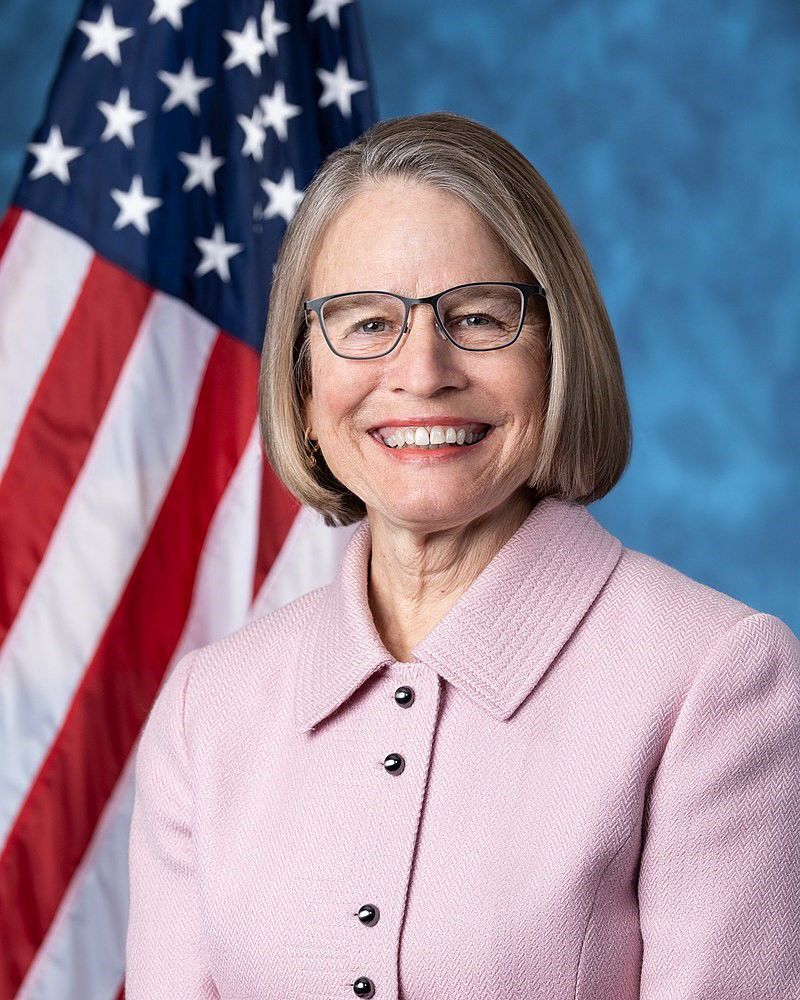 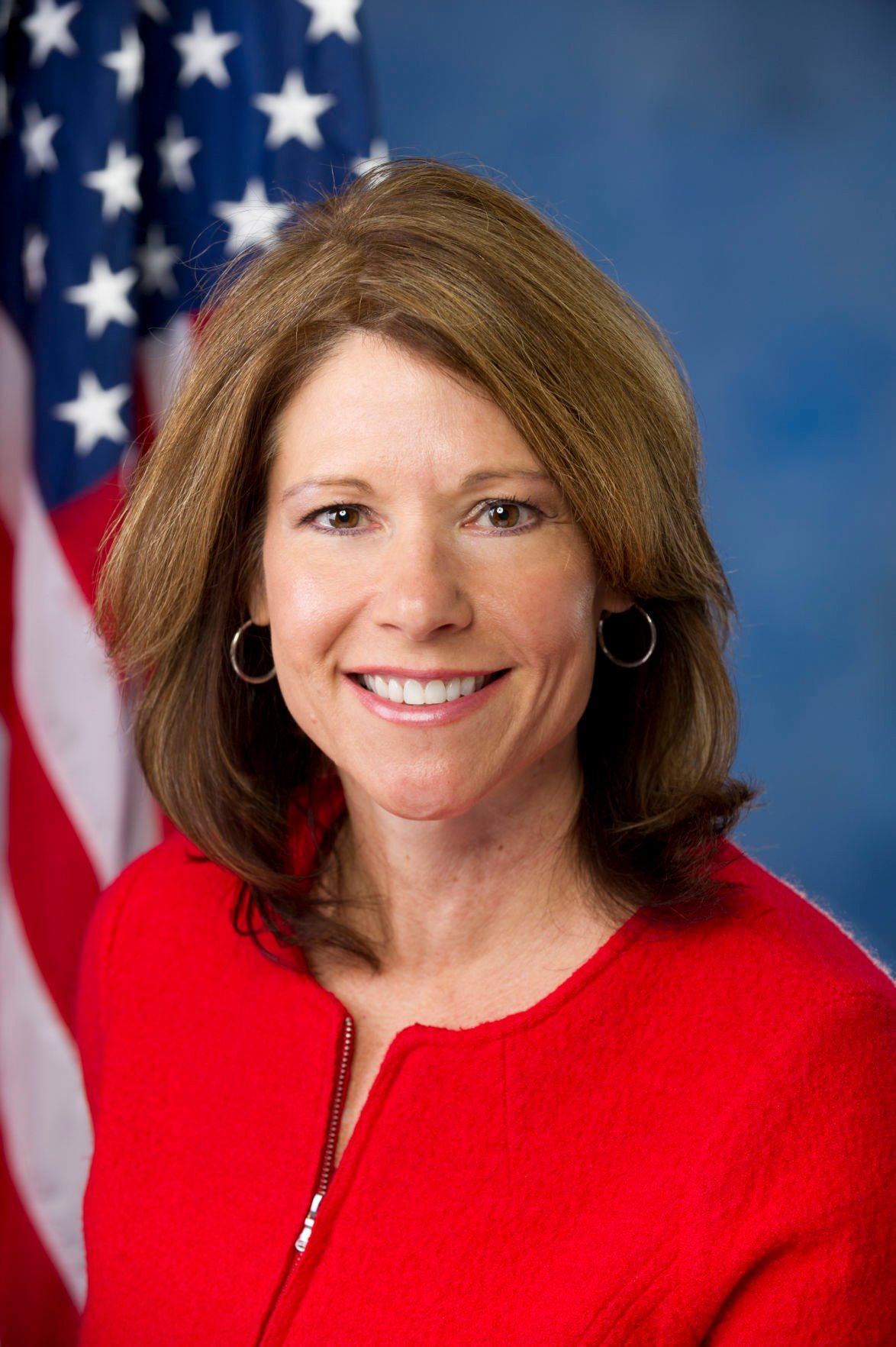