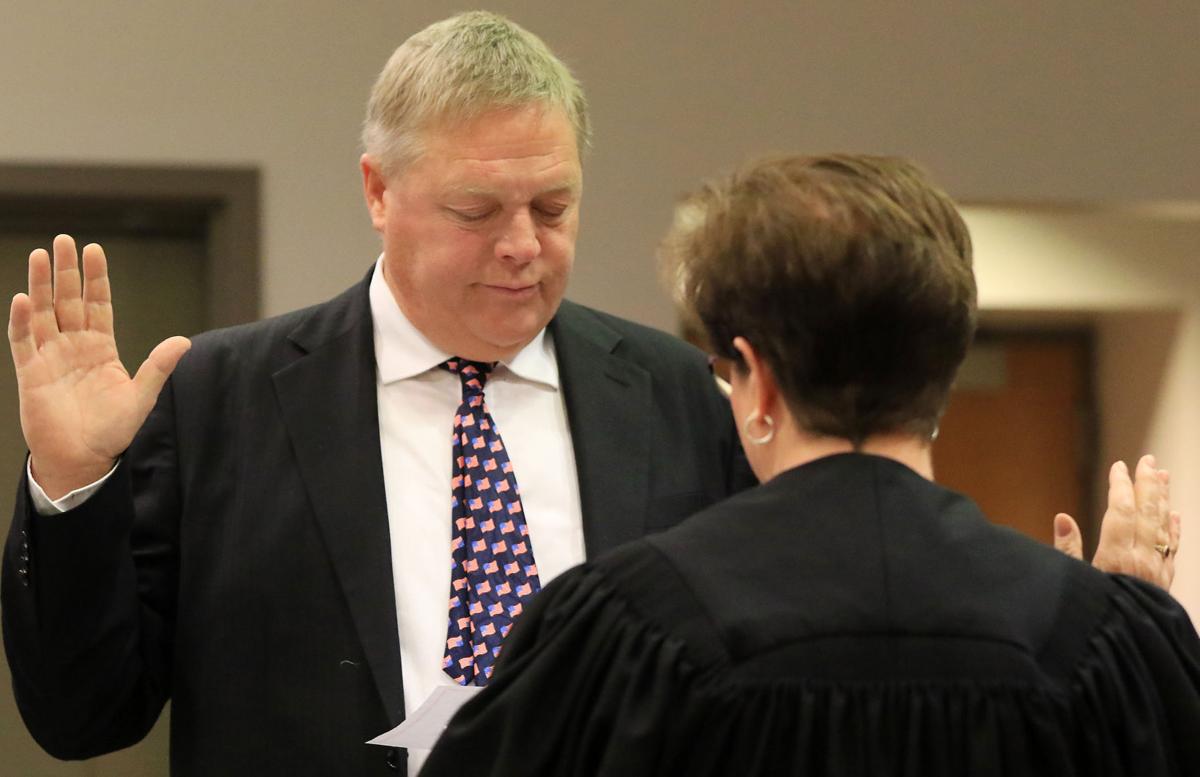 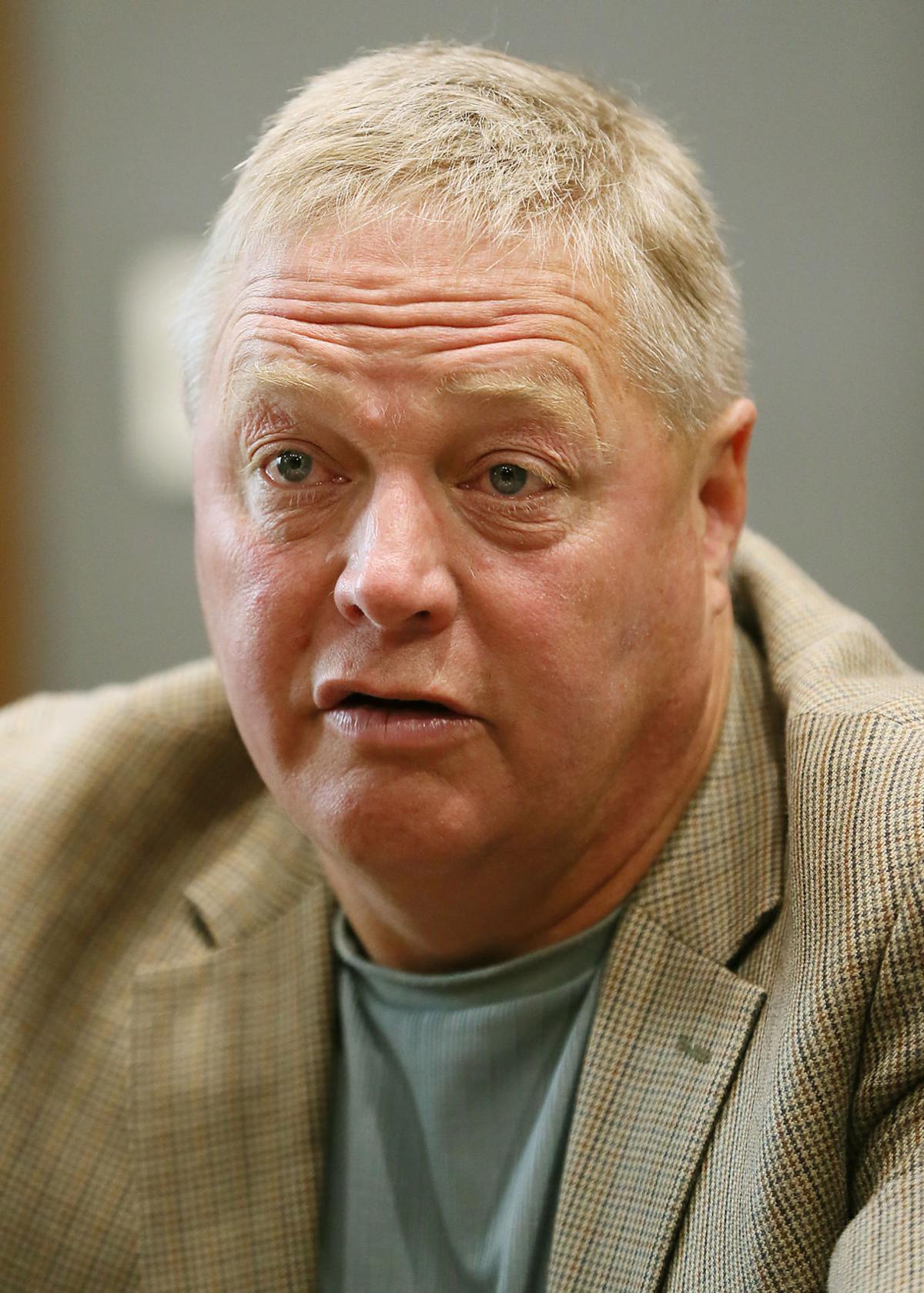 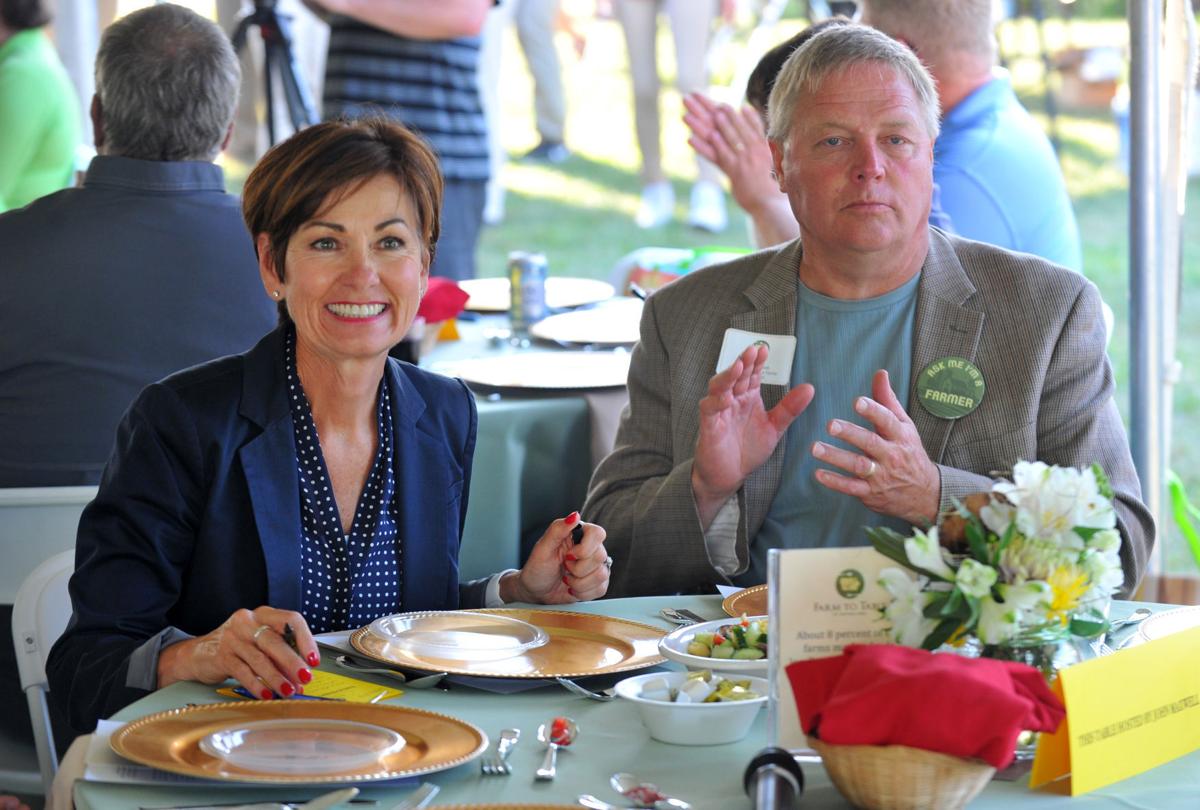 Iowa Governor Kim Reynolds sits down to dinner with John Maxwell during the Farm to Table event at the Maxwell's Cinnamon Ridge Farms in Donahue on July 27, 2018.

Nearly 100 Scott County residents have signed petitions calling for a public hearing to determine whether Supervisor John Maxwell vacated his position on the Scott County Board of Supervisors.

Scott County Attorney Michael Walton earlier this week sent a memo to county officials stating Maxwell serving dual roles on a Davenport board — as both an elected county official and school board member — conflicted with Iowa administrative code.

And, according to a 1965 Iowa court ruling, "if a person, while occupying one office, accepts another incompatible with the first, he ipso facto vacates the first office," Walton wrote.

"The conflict arises because both positions require membership on the Davenport City Conference Board," Walton wrote in a memo to supervisors and three county officials.

The conference board, made up of the Davenport mayor and city council, county supervisors and Bettendorf, Davenport and North Scott school board members, oversees the city assessor's office.

"Due to both positions requiring membership on the city conference board, the offices of county supervisor and school board member in this situation are incompatible," Walton wrote.

Walton on Friday, though, said that Iowa case law and Iowa Code do not specifically address the issue.

At issue is whether Maxwell vacated his county board of supervisors seat with his most recent election to the North Scott school board, which led to the conflict.

Iowa Code states if the status of an officeholder is in question, "the entity or officer responsible for making an appointment to fill the vacancy shall decide whether a vacancy exists."

In this case that would be the county auditor, recorder and treasurer, Walton said.

"It is not our opinion that a vacancy occurs automatically without due process" through a public hearing where arguments can be presented, Walton said. "That process has not been done. County officials have not declared a vacancy. ... Our position is that office is not vacated until that group meets and reaches a decision that it is."

Which opens the door for a sweeping and controversial elections bill just passed by the Republican-majority Iowa Legislature to resolve the issue before county officials could act.

Tucked into the Senate elections bill sponsored by Davenport Republican state Sen. Roby Smith is a provision tailored to allow Maxwell, a Republican who owns and operates Cinnamon Ridge Dairy in rural Donahue, to continue to serve on both boards.

The provision allows for waiver of one of the positions on the conference board, thereby resolving the potential conflict, Walton said. Specifically, the proposed statute provides that "[a] waiver pursuant to this section does not cause the person to vacate any elective office."

The legislation is expected to be signed into law by Gov. Kim Reynolds next week and would take immediate effect upon enactment.

The soonest Scott County officials could hold a public hearing to determine whether Maxwell's seat had been vacated is March 17, Moritz said, due to state-mandated notification requirements. The latest a hearing could be held is March 29.

County officials would then have seven days to decide whether to declare a vacancy.

"So it appears that (bill) specifically addresses this situation," Walton said. "If the law passes before (county officials) meet ... that the basis for the vacancy does not exist anymore."

Moritz, however, said county officials will still proceed with a public hearing.

"I guess that would be for a judge to decide," she said. "You know, we'll have a public hearing based on what is in play right now (in Iowa Code). (Gov. Reynolds) has not signed that bill. And, even if she signs that bill, which I'm assuming she will, I still by law am required to hold a public hearing. ... There's no precedent for this so I think we'll have to wait and see what happens. There's nothing that I can find or seem to see, based on the language that was amended and put into the election bill that makes it a moot point."

Maxwell did not return a message seeking comment Friday. However, he told the Quad-City Times Wednesday, "I'm in a situation I didn't realize I was in, and I'm trying to do whatever is best."

"I enjoy serving on both boards, and I really feel like I'm making a difference," Maxwell said. "I'm not doing it because I'm power hungry."

Despite opinions from the Scott County Attorney's and Iowa Secretary of State's offices to the contrary, a panel of Scott County officials on …

Iowa Governor Kim Reynolds sits down to dinner with John Maxwell during the Farm to Table event at the Maxwell's Cinnamon Ridge Farms in Donahue on July 27, 2018.