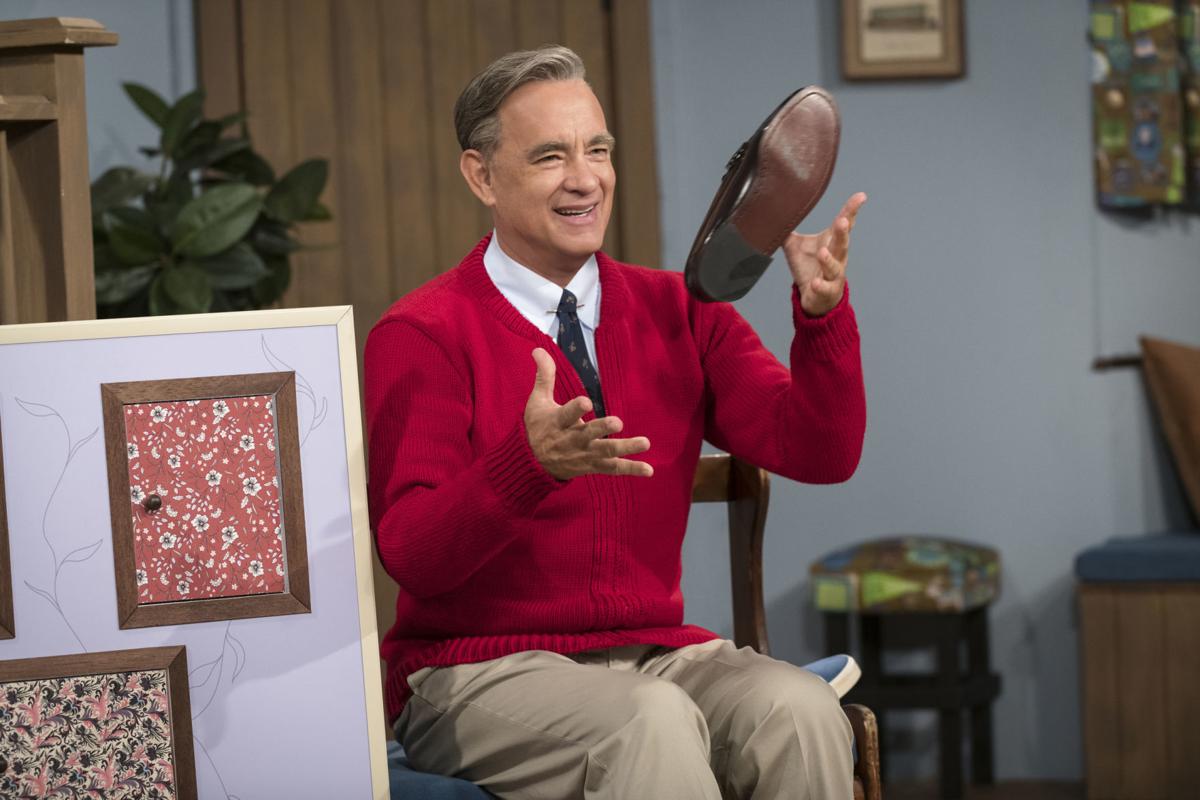 Tom Hanks stars as Mister Rogers in "A Beautiful Day In the Neighborhood."

The most hard-hearted Scrooge will end up feeling neighborly after seeing “A Beautiful Day in the Neighborhood,” an ode to the late Fred Rogers and a reporter who couldn’t believe the man he saw was the real deal.

Matthew Rhys (he played Daniel Ellsburg in “The Post”) stars as Lloyd Vogel, a cynical reporter whose character is the star of the show.

Lloyd is angry. His past has given him plenty to be angry about. His hard-drinking father Jerry (Chris Cooper) abandoned Lloyd’s mother while she was dying, and Lloyd never has forgiven him. The two have an out-and-out brawl at the wedding of Lloyd’s sister, and Lloyd, who becomes more irked than ever, ends up with a wounded nose and injured pride.

With his nose shining like a beacon of distress, Lloyd heads to the interview with Fred Rogers, whom he meets on the set of the "Mister Rogers' Neighborhood" show.

Rogers (Tom Hanks) is there to greet him. Lloyd watches while exasperated crew members impatiently wait for Fred, who takes his time talking to a little boy visiting the set with his parents. “Can we fire him?” one growls.

Hanks, not surprisingly, inhabits his character, with his gentle, personal approach. All the while, Lloyd has a “Can-this-guy-be-for-real?” skepticism that increases with Fred’s every question for Lloyd – and he has many questions for Lloyd, who doesn’t have time to be interviewed by the subject he’s supposed to interview.

Lloyd’s irritation mounts while Fred uses puppets to talk with him. “Did you have a special friend?” Fred asks, almost forcing Lloyd to talk about Old Rabbit, a stuffed animal he had as a child.

The film was directed by Marielle Heller, who also helmed the terrific “Can You Ever Forgive Me?” from last year. I love the way she uses recreations of the familiar “Neighborhood” set to represent locations. Her visuals are clever and as charming as the characters: There’s a great nightmare scene in which Lloyd appears puppet-size in the Neighborhood of Make Believe.

Although it’s not marketed as such, this could be considered a faith-based film, because Fred’s spiritual walk and prayerful life are evident throughout.

My favorite moment occurs on a subway. I won’t ruin it for you by telling you more. All I can say is it’s bound to make you smile.

The movie is based on “Can You Say … Hero?” a 1998 Esquire cover story by Tom Junod. If you want to read the original story – and you really should – you can read it here: http://classic.esquire.com/can-you-say-hero/

Here’s a perfectly timed, uplifting movie, one of the finest of the year,  for which we can be thankful.

'A Beautiful Day in the Neighborhood'

Running time: One hour and 50 minutes.

Tom Hanks stars as Mister Rogers in "A Beautiful Day In the Neighborhood." 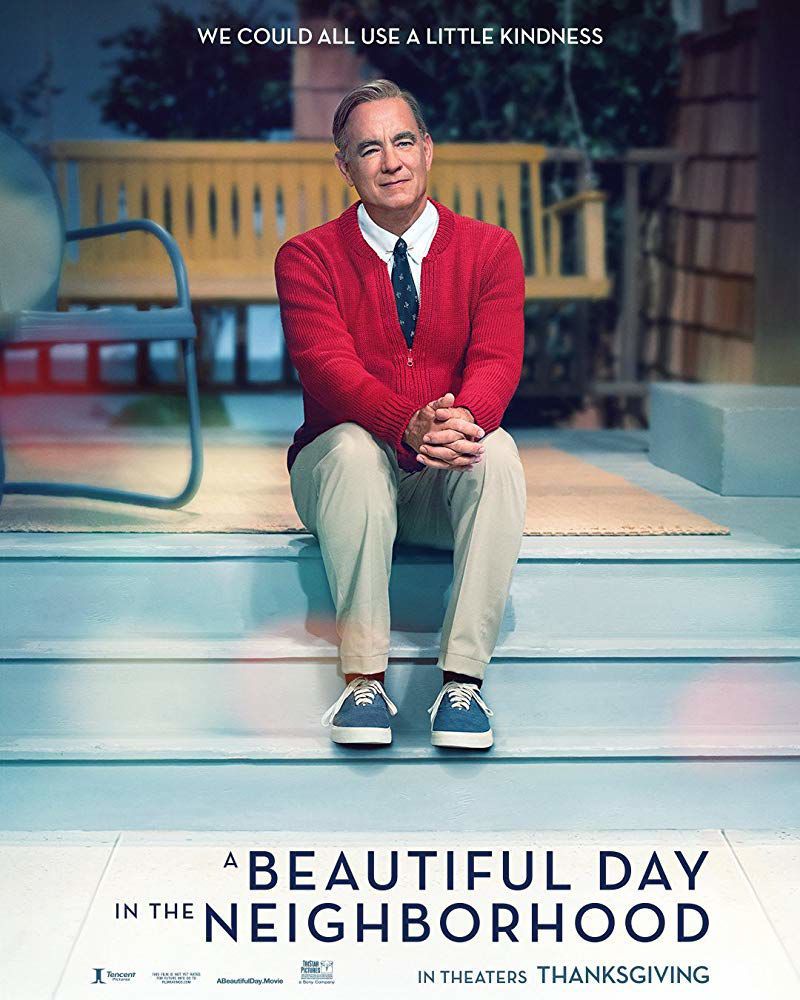 "A Beautiful Day in the Neighborhood"