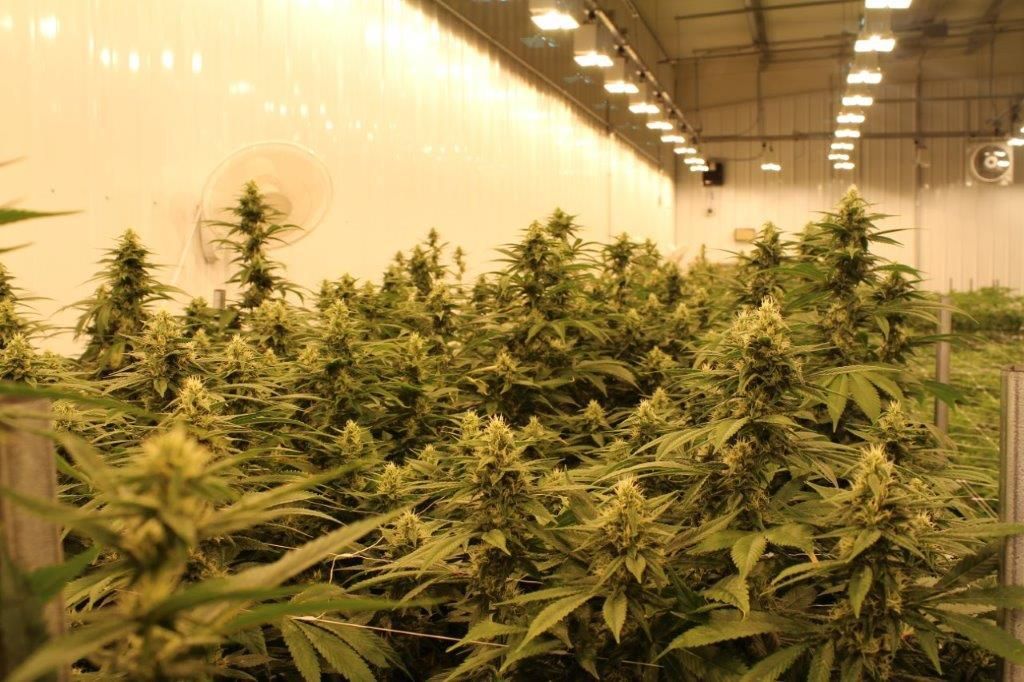 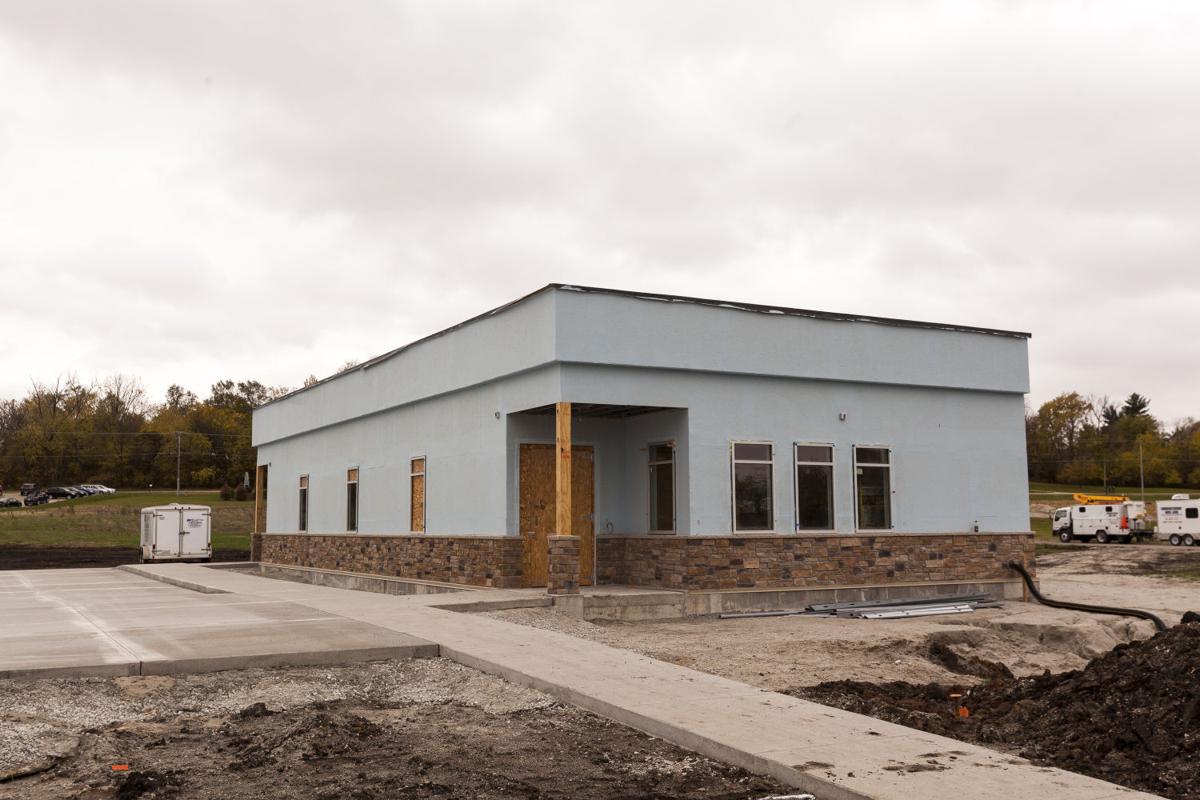 Once it opens, Nature’s Treatment of Illinois Inc., a medical marijuana dispensary located near Stern Beverage in Milan, will serve Illinois Quad-City patients. 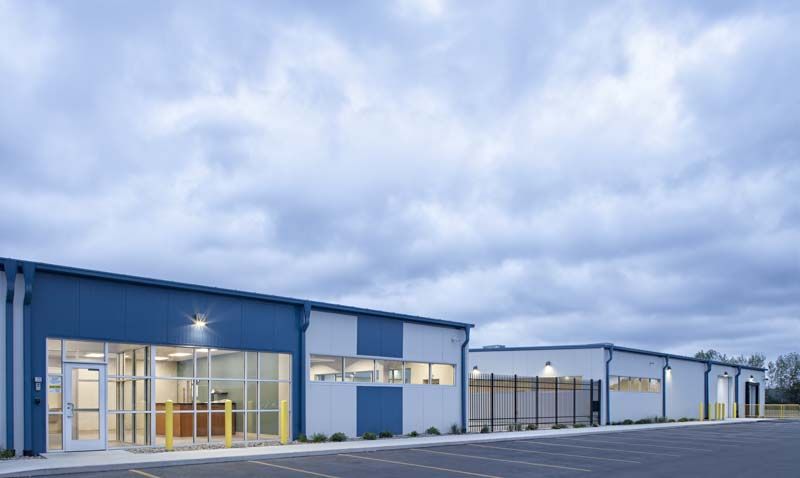 Chicago-based Green Thumb Industries is growing medical marijuana at its 45,000-square-foot grow house facility, which looks like a nondescript warehouse from the outside, at 8221 51st St. W. in Rock Island. 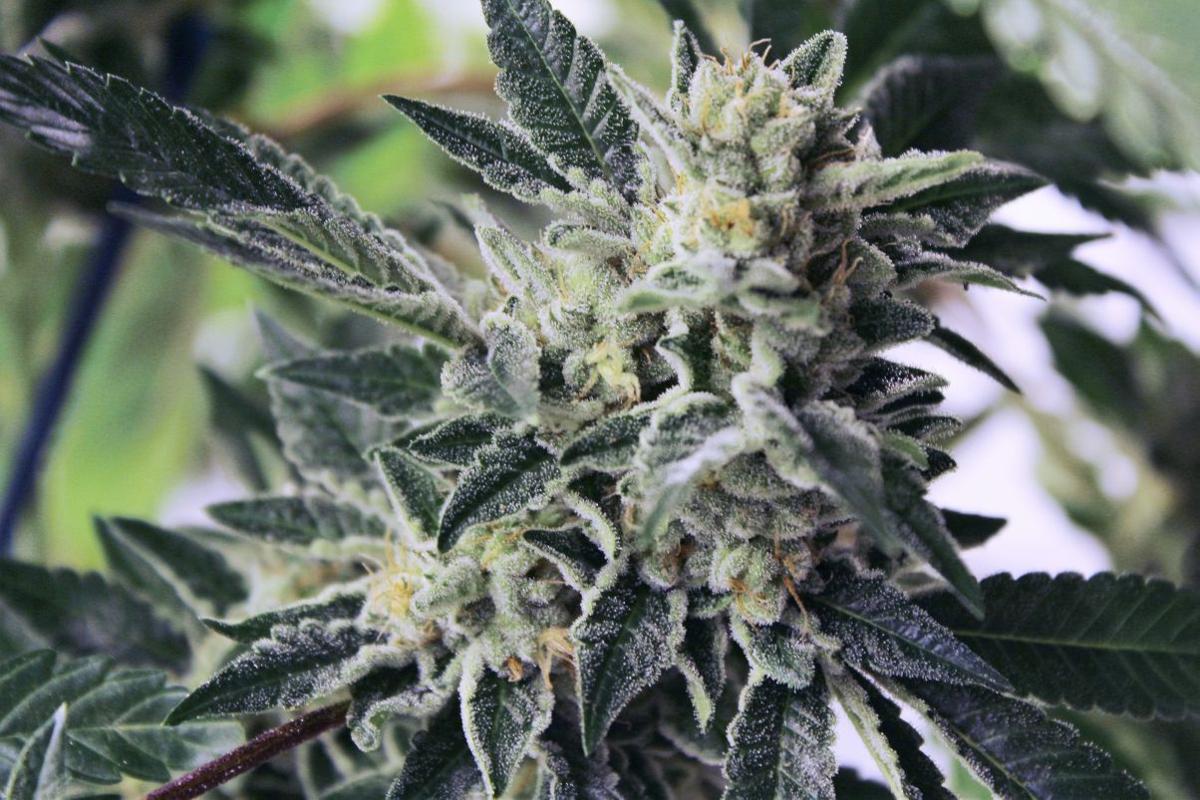 A gray area remains in the Quad-Cities as legal marijuana approaches in Illinois.

Thousands of cannabis plants are sprouting — and they have been since July — inside a nondescript warehouse off Andalusia Road in Rock Island.

Green Thumb Industries, or GTI, a Chicago-based medical pot company, won rights to operate a Rock Island cultivation center in February. It became the first facility this summer to earn the state’s OK to grow the plant.

“We got through all the inspections and requirements and now we’re ready to go,” Ben Kovler, GTI's CEO, said. “It’s been a long journey, but our wait pales in comparison to the wait patients have had to endure.”

But that wait may soon be over, as well.

State officials said Thursday that Illinois will begin its first medical marijuana sales within the next two weeks.

Additionally, the Department of Public Health anticipates required ID cards will be mailed Friday to 3,200 approved patients, including 16 patients under the age of 18. Lab testing of legally grown marijuana has begun and five dispensaries are licensed and ready to sell.

Meanwhile, construction of Nature’s Treatment of Illinois, the only dispensary in Illinois State Police District 7, which includes Rock Island, Henry, Mercer and Knox counties, is underway off Tech Drive in Milan.

Matt Stern, co-owner of Milan-based Stern Beverage Inc., broke ground on the retail shop next to his Budweiser distribution facility this summer after securing rights to one of the state’s 52 licenses to sell cannabis.

In August, Stern told the Quad-City Times his business license only allowed him to submit final registration materials.

Terry Horstman, spokesperson for the Illinois Department of Financial & Professional Regulation, said approved dispensaries must also register their employees with the state department before officials perform an on-site inspection, the final step in the licensing process.

Following the state’s walkthrough of Stern’s facility, Kovler said GTI will “happily” ship its product to the Milan dispensary, located less than seven miles away.

Kovler referred to cultivation at GTI’s 45,000-square-foot facility in Rock Island as a “perpetual process.”

“We dry it, trim it, cure it and package it,” added Kovler, whose company grows about 20 different strains in Rock Island and also operates a grow house in Oglesby and a dispensary in Mundelein.

As of Oct. 7, almost 25,000 Illinoisans had begun the application process for patient cards and 4,000 have submitted complete applications since the Illinois Department of Public Health began accepting applications on Sept. 2, 2014.

According to a progress report released by the stage agency, 36 Rock Island County patients had been approved as of June 30.

Patients initially have to register with a specific dispensary, but will be able to change it later.

The state’s licensed shops are in Marion, Addison, Canton, Mundelein and Quincy.

Some say they will drive long distances to buy their first legal weed.

David Dawson, an approved patient from Aledo, for example, said he plans to drive more than five hours south of his home to Harbory, the dispensary in Marion.

“I chose that one because it’s going to open first,” said Dawson, who suffers from muscular dystrophy, one of nearly 40 qualifying health conditions in the Illinois law.

Others include AIDS, hepatitis C, Parkinson's disease and rheumatoid arthritis.

Kovler remains just as eager to provide care for patients.

“They’re in need of medicine and relief and we’re excited to provide that to them,” he said.

More than 50 Davenport residents have signed a petition objecting to the request, arguing the development would negatively impact home values and increase traffic on 53rd Street and neighborhood roads.

Once it opens, Nature’s Treatment of Illinois Inc., a medical marijuana dispensary located near Stern Beverage in Milan, will serve Illinois Quad-City patients.

Chicago-based Green Thumb Industries is growing medical marijuana at its 45,000-square-foot grow house facility, which looks like a nondescript warehouse from the outside, at 8221 51st St. W. in Rock Island.

A gray area remains in the Quad-Cities as legal marijuana approaches in Illinois.