Pieces of history cover almost every inch of the walls in a little, tucked away room in Robert J. Strupp’s basement. Certificates and pictures dating back centuries fight for space and tell the story of a military family dating back generations.

Col. Robert E. Strupp, Robert J. Strupp’s late father, has a Bronze Star Medal citation. It's hanging on his son’s wall, along with his diploma from Command and General Staff College at Fort Leavenworth and a posthumous commendation medal from the Army.

The son has other things his father picked up over the years during his military service, but artifacts like Nazi flags shouldn’t be displayed.

The elder began his military career in 1939 when he entered the National Guard, and was commissioned as an officer in 1941. Strupp was sent to Oklahoma to train before being deployed, then went to England to prepare for the invasion of France.

According to the combat diary of Battery B, or Baker Battery, of the 979th Field Artillery Battalion in the European theater of combat, Strupp — who commanded the battery —landed on Omaha Beach a few weeks after the June 6, 1944 arrival of Allied forces on D-Day.

Commander Strupp arrived June 24, 1944, midway through the grinding six week campaign that wore the Germans forces down and led to the liberation of Normandy, France.

Baker Battery fought through northern France, in Belgium, the Netherlands, and Germany. They saw combat in the Battle of the Bulge, and spent 307 days in combat in Europe. This is where Strupp earned his Bronze Star Medal.

The younger Strupp used to ask his father which was worse, Normandy or the Battle of the Bulge. The answer was Normandy was awful, the Bulge was worse, exacerbated by horrible winter weather.

After World War II, Strupp's National Guard career continued — he  fought in the Korean Conflict and Vietnam War, and his unit was called to Chicago during the 1968 Democratic National Convention to quell riots. When he wasn't fulfilling his military duties, Strupp worked for Deere & Co.

"He was a citizen soldier," the younger Strupp said.

While away from home, the elder Strupp wrote his wife, urging her not to worry, that he wasn't near combat. He was a good liar, Strupp laughed.

He stayed with the National Guard and Deere until he died in 1972 at the age of 56. He is buried at Rock Island National Cemetery, Arsenal Island.

Like many veterans, the elder Strupp didn’t like to talk about his service overseas. He shared stories with other veterans, but his son said he had to pry stories out of his father. As the eldest of seven, Robert J. Strupp got to know his father better than his siblings.

The son recalled an instance from when he was six years old, seeing a photograph in his dad’s footlocker before he headed to camp. Strupp said it looked like someone had taken a picture of a large pile of dolls, but those "dolls" were children and infants killed in a Nazi concentration camp.

“It was so horrible. I don't think anybody can even understand how horrible it was for those guys to see all that,” Strupp said.

About a decade ago, Strupp began to learn more about his father's service in World War II. The daughter of the elder Strupp's Jeep driver contacted Strupp and told him stories.

A retired National Guard captain and Deere & Co. employee himself, Robert J. Strupp said it's important to pass this history to future generations so they understand there is evil in the world, and people sacrificed everything to eradicate it.

"I really don't think the average person understands what these people went through, the soldiers, Marines," Strupp said. "The suffering."

A bobcat is roaming Rock Island

DNR says bobcats aren't interested in adults — but watch your kids and pets.

While answering a call for assistance late Wednesday night, Davenport police officers encountered an armed person, prompting a standoff at a r…

A Davenport man died in a motorcycle crash Tuesday in Riverdale. He has not been identified. 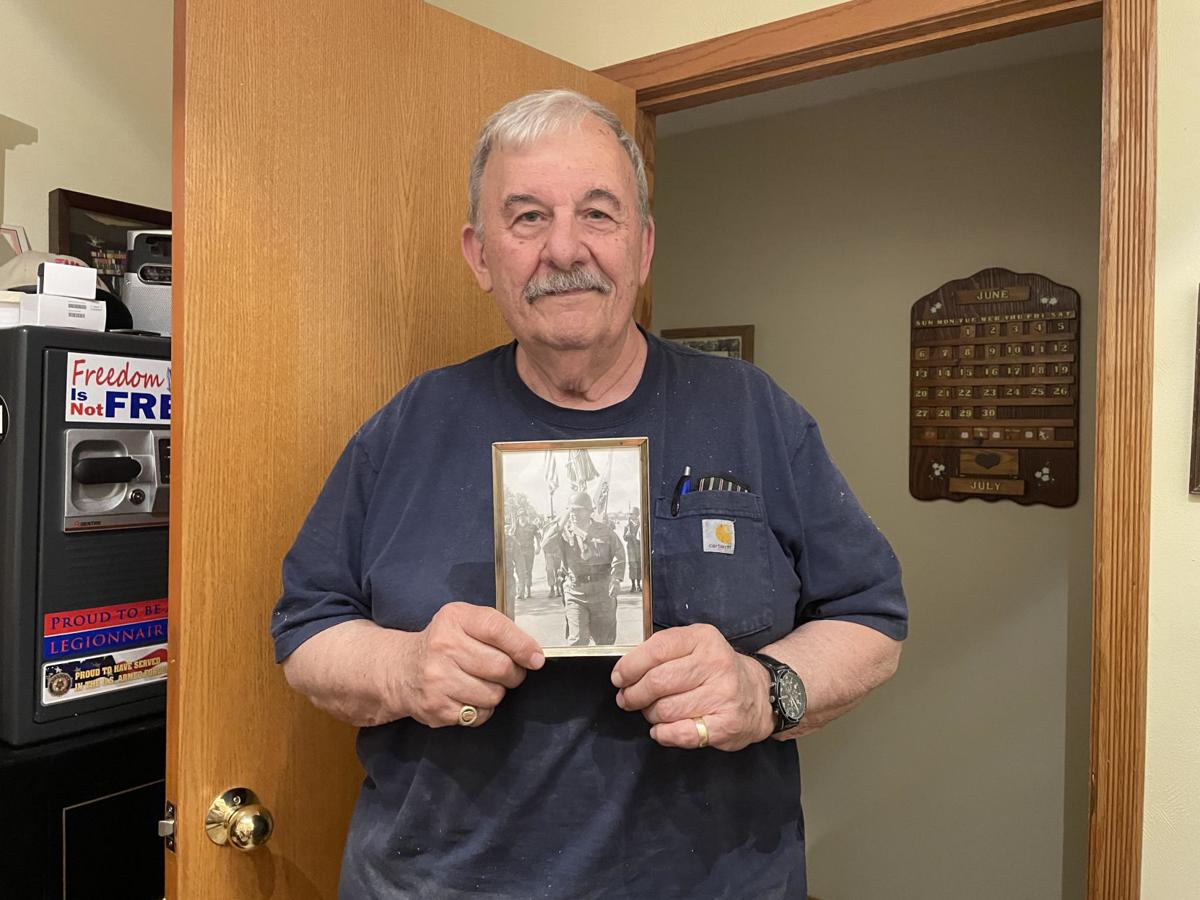 Robert J. Strupp of Rock Island holds a photo of his father, Robert E. Strupp, who served in the European theatre during World War II, helping to liberate Normandy and fighting in the Battle of the Bulge.

The January 6, 1945 edition of The Daily Times, now the Quad-City Times, had a story about Robert E. Strupp earning the Bronze Star for his service in the European Theatre during World War II.