Trump expects to announce Supreme Court pick by week's end; list of finalists at 4 or 5

'This is horrible for taxpayers': Davenport school board member sounds an alarm about pending sale of Lincoln School to a nonprofit
Share this
Return to homepage × 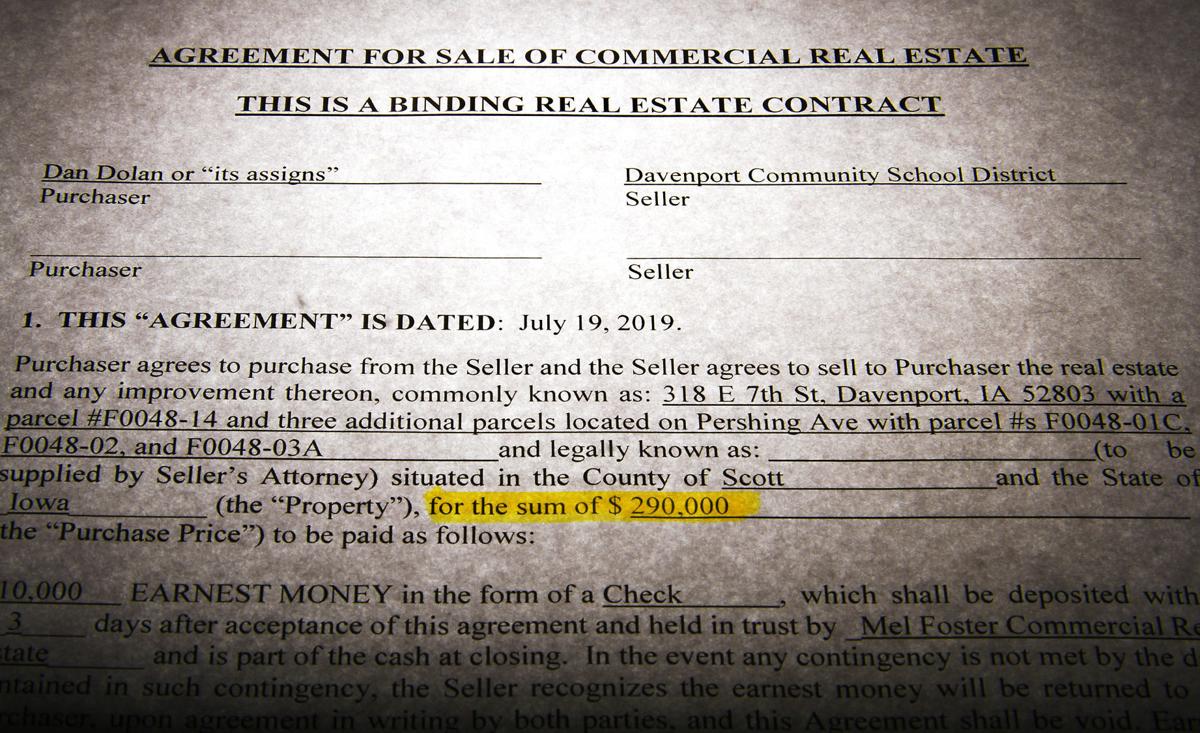 Local contractor/developer Dan Dolan has twice offered $290,000 for the former Lincoln Elementary School at 318 E. 7th St. The Davenport School Board instead approved the sale of the property this week to a non-profit group, Together Making a Better Community for $30,000. The group is affiliated with and in the same building as Third Missionary Baptist Church, where a board member is employed. 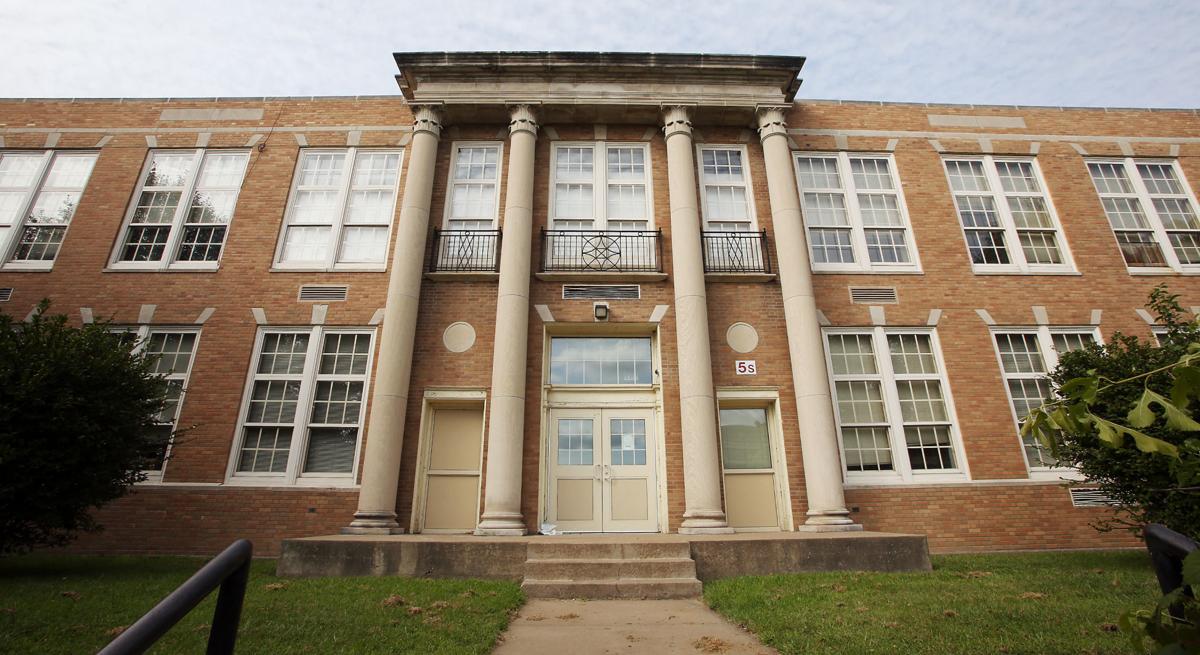 A Davenport School Board member still was fuming the day after a vote to sell the former Lincoln School to the lowest bidder — a non-profit group with no track record, few plans and no evidence of the funding necessary to maintain the 60,000 square foot building.

Julie DeSalvo said the deal reached Monday was “horrible for taxpayers” and was “handled badly” in several ways.

While DeSalvo and board member Bruce Potts voted against the sale, four other board members voted in favor of selling the school at 318 E. 7th St. for $30,000. In 2018, the property was listed for sale at $650,000, and a local developer last week resubmitted his offer that is nearly 10 times the amount accepted.

One board member, Linda Hayes, works for Third Missionary Baptist Church, whose pastor is listed as the primary agent for the non-profit group, Together Making a Better Community. Founded in 2016, records show, the group's address is the same as that of the church. Since it was organized, the group has reported to the Internal Revenue Service annual income of less than $50,000.

Hayes abstained from the vote, but expressed her support of the group’s mission. She did not return phone calls seeking an explanation for her endorsement of her employer.

DeSalvo said the sale was rife with conflicts of interest and personal bias.

“And the district isn’t really in a very good position to give things away,” she said.

On Friday, Dolan resubmitted his offer to buy the property and transform it into housing for veterans.

His plan would have put $12 million into the old school, placing it back on the property-tax rolls after exhausting any qualifying tax abatement. It is likely Together Making a Better Community will qualify for a permanent tax exemption.

But DeSalvo said the Together group also could not say where they will get the funding to turn the vacant school into a community outreach center.

While one board member is personally involved with the buyer, DeSalvo said, another was critical of Dolan’s business, which she said is undeserved.

“To me, as a board member, decisions have to be based on factual information — what’s best for the district and the kids and the taxpayers," she said. “It’s not supposed to be about personal opinions of people.

She said she intended to extend a personal apology to Dolan, saying, “I feel it was handled so badly.”

Johanson, the board president, said his vote in favor of the $30,000 offer was “not just a purely financial situation, obviously.”

Both Johanson and Mayfield declined to elaborate on particulars of the plan for the school, but they reiterated their support of the Together group; despite a lack of details and the absence of information about its financial standing. Internet searches returned no results regarding past action or community efforts by Together.

“I believe that working with the city for our youth and students is fantastically important,” Johanson said. “... I had much more confidence in the approach that the church took.”

Dan Dolan's residential construction business has built more than 500 homes in the Quad-Cities. Court records indicate he has not been taken to court by any of his home buyers, having twice resolved a customer conflict through binding arbitration.

“Reputation is very, very important," Johanson said. "I will just say that that was part of my consideration. I don’t want to get into why or what the particulars are or anything like that. That’s important.”

“I don’t have a clear plan [of what they’re going to do]," he said. "I just thought it was a better way of using that building at this time.

“... It’s going to enhance the community. I can’t give you a detail on every aspect of what they’re doing. I think that might be something they’re better at defining than I would be.”

No one from Together responded to repeated requests for information over a two-day period.

The Quad-City Times left messages at Third Missionary Baptist Church for Ricky Terrell, listed as the purchaser, and Kevin Gilmore, who also is named. The Times also messaged both men on Facebook, but neither responded. The church's pastor and Together's named incorporator was said to be unavailable.

Timothy Feeney is listed as the registered agent or reserving party for the non-profit. He also did not respond for comment.

Board members Dan Gosa, Allison Beck and Bruce Potts also did not respond to requests for comment.

The Quad-City Times has submitted a Public Records request to the school district, asking for the audio recordings and minutes from closed meetings related to discussions and negotiations on the Lincoln property.

Iowa Code specifies a governmental body can hold a closed session, pending board approval, to discuss the purchase or sale of real estate if there is a reasonable expectation that it could hurt negotiations. The audio and minutes of those closed sessions, though, become publicly available when the transaction discussed is completed.

Board Secretary Mary Correthers responded to the Times’ request Wednesday afternoon, saying the district would make the audio and minutes available after the closing date, which Director of Operations Mike Maloney estimated to occur around the end of October. The Times asked the district to reconsider the request, as the buyer and sale price already have been made public.

Given the approximate timeline, it is possible the release of records from the closed meetings could occur after the Nov. 5 school board elections. Johanson, Hayes and Gosa are up for re-election. DeSalvo said Wednesday she won't be running again.

"I'm not trying to throw anyone under the bus here, but elections are coming up," DeSalvo said. "Voters should understand what has happened here."

Davenport Schools need to “regain the trust of the community,” said Tom Lane, a state-appointed communications mentor for the district Thursda…

Davenport schools turned down high-dollar offers for Lincoln School, including several for more than a half-million dollars

Interested in running for your local school board? Filing starts Monday.

Elections might feel like they're an eternity away, but campaigning is just around the corner. This year is the first for Iowa school board el…

Local contractor/developer Dan Dolan has twice offered $290,000 for the former Lincoln Elementary School at 318 E. 7th St. The Davenport School Board instead approved the sale of the property this week to a non-profit group, Together Making a Better Community for $30,000. The group is affiliated with and in the same building as Third Missionary Baptist Church, where a board member is employed.