A protest is planned outside Pleasant View Baptist Church Sunday in response to a Republican immigration forum held there earlier this week.

The “Protest Against Racial Injustice and Hate” is planned for 9-10:30 a.m. Sunday, Dec. 8 at 6400 Crow Creek Road, Bettendorf. According to the church's website, worship service typically begins at 9:15 a.m.

“The purpose of this protest is to make sure that the community understands that racism is not welcome here,” reads a description on the protest’s Facebook event page.

The immigration forum, put on by Scott County Teenage Republicans, was held at the church Monday night. It included speeches from “angel parents,” people whose loved ones were killed by immigrants in the country illegally; Bobby Schilling and Mariannette Miller-Meeks, Republican candidates for Iowa's 2nd Congressional District seat; and far-right activist Nick Fuentes, who appeared at the white nationalist Unite the Right rally in Charlottesville, Virginia.

During his 20-minute speech, Fuentes condemned immigration from non-white, non-European countries and said America needs to establish a “monoculture.” He also answered audience questions. No one pushed back against his remarks or disavowed him at the time. But after news of Fuentes' appearance spread, the church's pastor, Schilling and Miller-Meeks condemned Fuentes and his views. 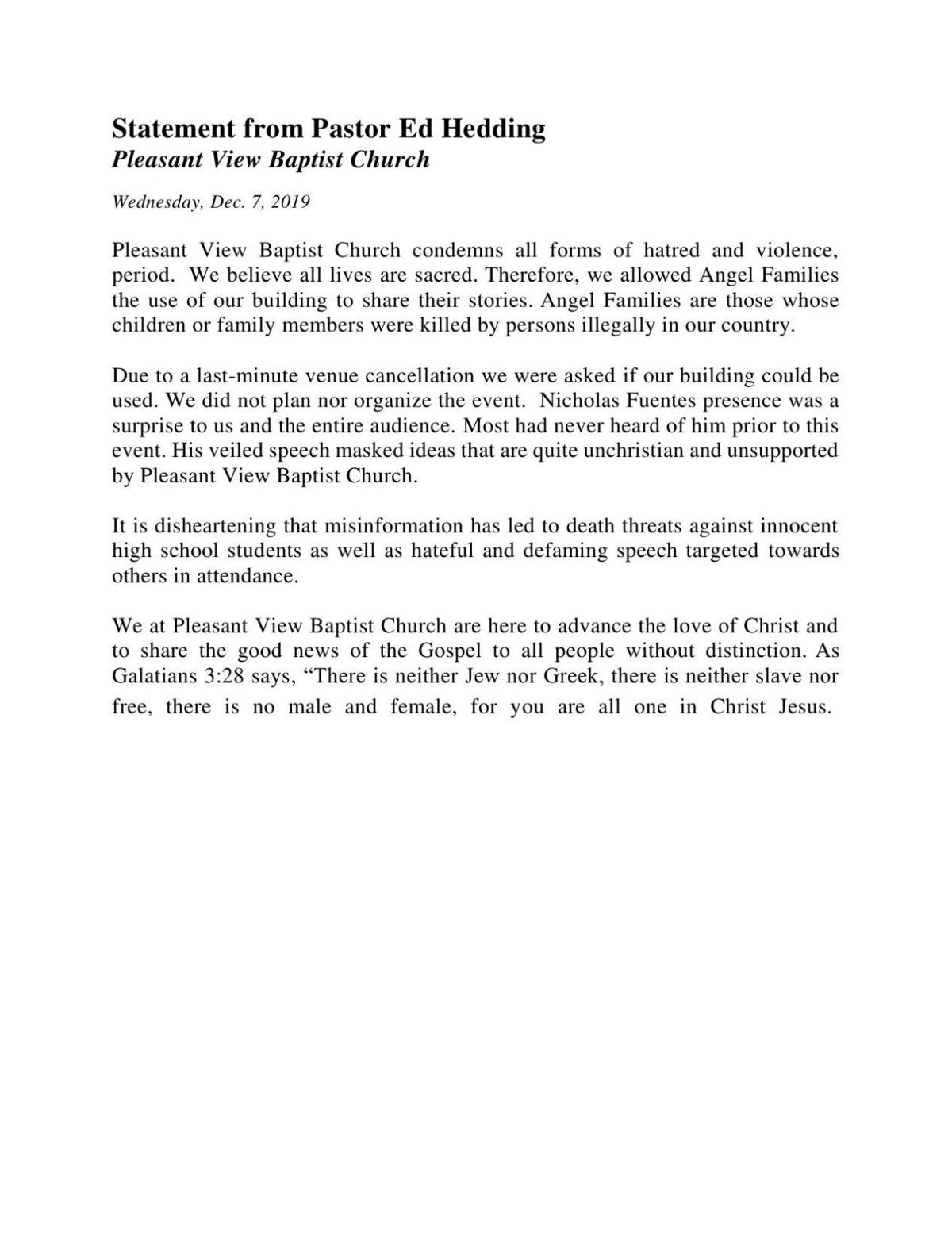 In a statement, Pastor Ed Hedding said the church was asked to host the event at the last minute, but “did not plan nor organize” the forum. He said Fuentes’ appearance was “a surprise to us and the entire audience.”

On the Facebook event page, the organizers said, “A church that supports white supremacy is not a church. This building is now a site for racists and hate-mongering.”

In an email to members of One Human Family, an organization focused on issues of discrimination and inclusiveness, Karp also expressed mixed feelings about the timing of protest.

"To be honest with you, while I think that it is important not to let what transpired at the church go unchallenged, I am somewhat uncomfortable with the idea of interfering with religious worship, even from the sidewalk outside of the church," Karp wrote.

He asked attendees "not participate in or support any abusive or disrespectful behavior directed toward the church and its congregants."

As of Thursday afternoon, about 100 people had indicated on the Facebook event page they planned to attend.

Bettendorf Police plans to step up patrols in the area Sunday morning. 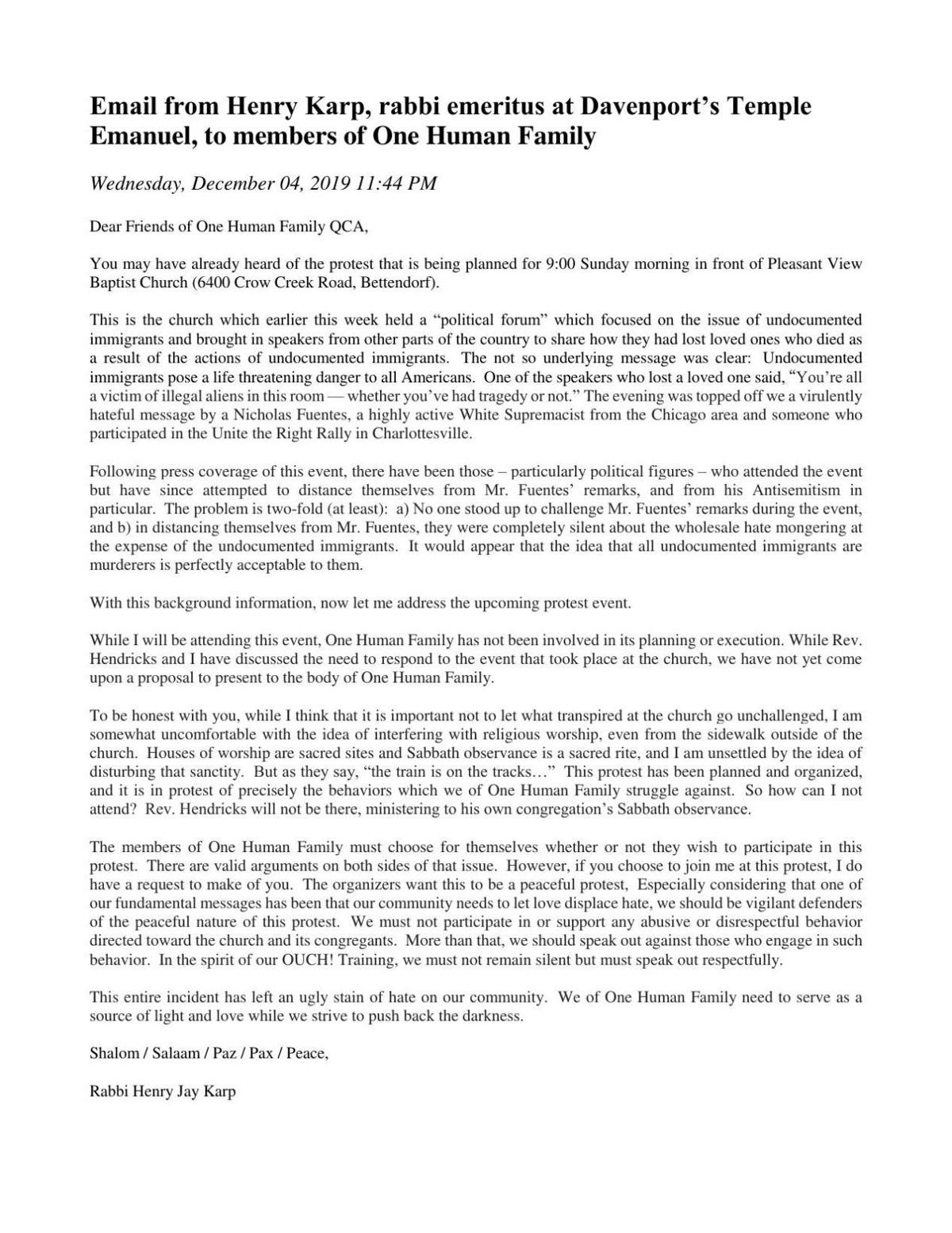 The now-fired staffer said no one, including Schilling, the church or the teenage organizers of the event, knew in advance that far-right persona Nick Fuentes intended to speak.

George Bleich was returning to his Bettendorf home on Pinnacle Pines Court Tuesday morning when he saw something out of place lying in his front yard.