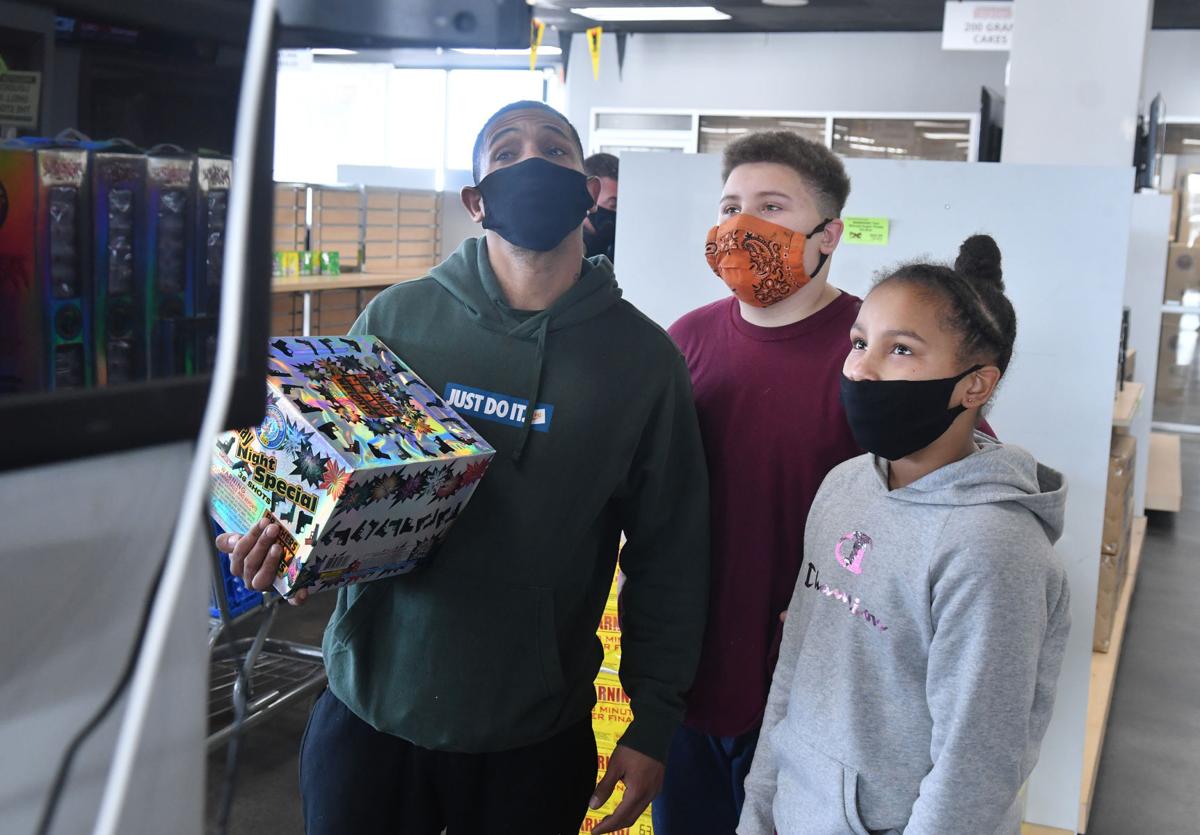 Matt Lenzen of Moline and his son Nehemiah Lenzen, and daughter Faith Lenzen, shop for fireworks at Crossroads Fireworks in Bettendorf before New Year's Day in 2020. Fireworks are allowable in Iowa from 10 p.m Friday to 12:30 a.m. Saturday for the New Year's holiday. 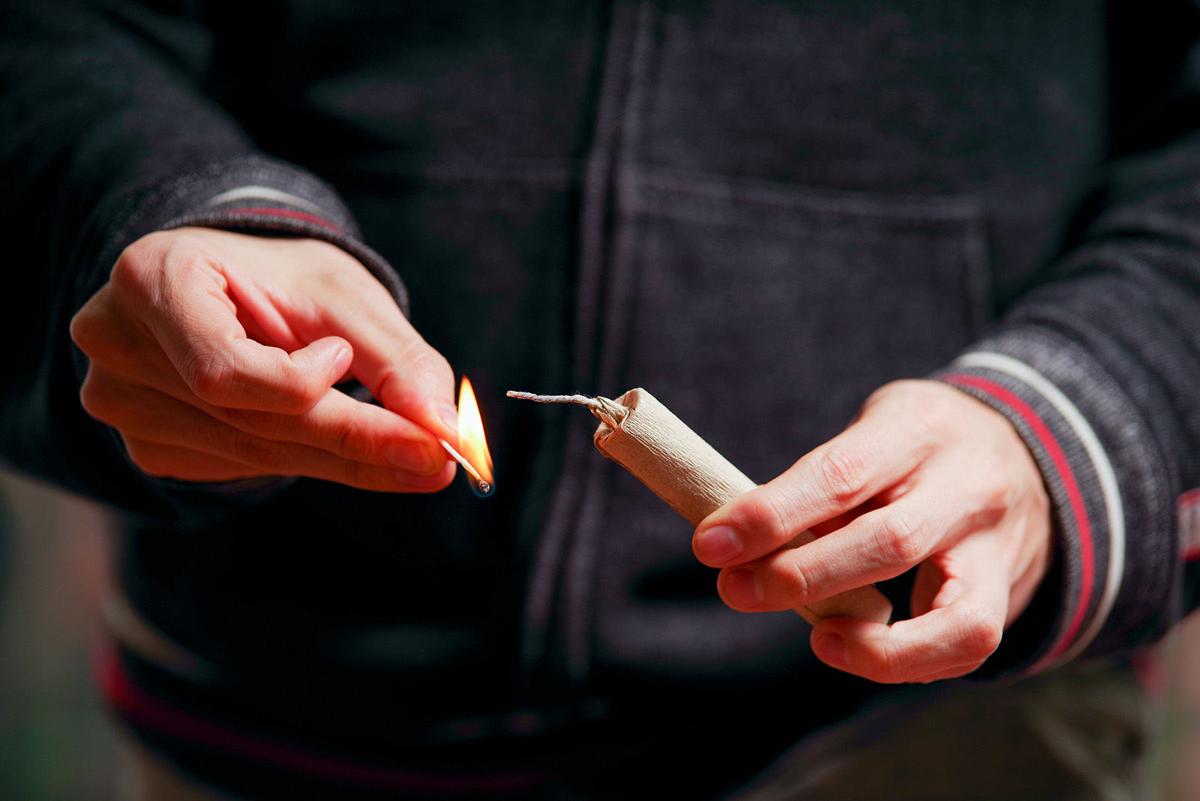 Tips from the Consumer Product Safety Commission include, to never place any part of your body directly over a fireworks device when lighting the fuse and to always back up immediately after lighting fireworks.

Iowa law allows one other holiday other than the Fourth of July to set off consumer fireworks – New Year’s.

Fireworks sellers are preparing for the holiday spark, and Iowa Quad-Cities fire and police departments warn there’s only a limited window to set them off, and to do so safely.

“About half of our winter sales will be on Friday,” Bartlett predicted.

Bartlett said the industry saw a doubling in summer sales from 2019 to 2020, when many larger fireworks events were canceled and people were at home more often because of the COVID-19 pandemic.

Bartlett said Crossroads’ sales volume this winter was so far slightly higher than last winter. Since the onset of the pandemic, he said he hasn’t seen the spike in sales come down.

Bartlett said typically people looking to set off fireworks on New Year’s are looking for one or two fireworks, rather than in the hot summer months when families often look for a bunch of items to set off throughout the day.

In Davenport, Bettendorf, and Scott County, residents can shoot off fireworks on their own property or if they have permission from the property owner. Off-limits are public property, streets, or city parks.

Outside of the designated hours, residents could get a fine for shooting off fireworks.

In Bettendorf, fines range between $250 and $625, according to its ordinance. If fireworks are being illegally used at a residence and the person responsible for setting them off doesn’t come forward, the homeowner could be cited for a Disorderly House with a fine up to $625, according to the city.

In Davenport, the fine structure is the same, but also includes court costs (the cost of a first offense would total about $400, according to the city’s website.)

The City of Davenport also urges residents using fireworks to be cautious: don’t let children play with or ignite fireworks, have a garden hose or bucket of water handy in case a firework doesn’t light, don’t drink alcohol while setting off fireworks, and aim fireworks away from people and flammable material.

Bettendorf Police Chief Keith Kimball said last year there were two complaints of people starting fireworks too early before or outside the allowed time frame. No citations were issued for fireworks Dec. 31-Jan. 1, last year, he added.

“In general it does appear that we have been getting compliance on past New Year’s Eves in regards to following our fireworks ordinance,” Kimball wrote in an email.

This is the fifth year since Iowa legalized the sale and use of commercial fireworks.

Illinois bans the sale, possession, and use of all fireworks, though makes exceptions for some items that it doesn’t consider consumer grade fireworks like sparklers and smoke devices.

In Moline and Rock Island, fireworks are illegal unless a permit has been issued by the Fire Marshal for a professional fireworks display.

In Moline, residents setting off illegal fireworks could face citations and fines between $10 and $750.

Matt Lenzen of Moline and his son Nehemiah Lenzen, and daughter Faith Lenzen, shop for fireworks at Crossroads Fireworks in Bettendorf before New Year's Day in 2020. Fireworks are allowable in Iowa from 10 p.m Friday to 12:30 a.m. Saturday for the New Year's holiday.

Tips from the Consumer Product Safety Commission include, to never place any part of your body directly over a fireworks device when lighting the fuse and to always back up immediately after lighting fireworks.