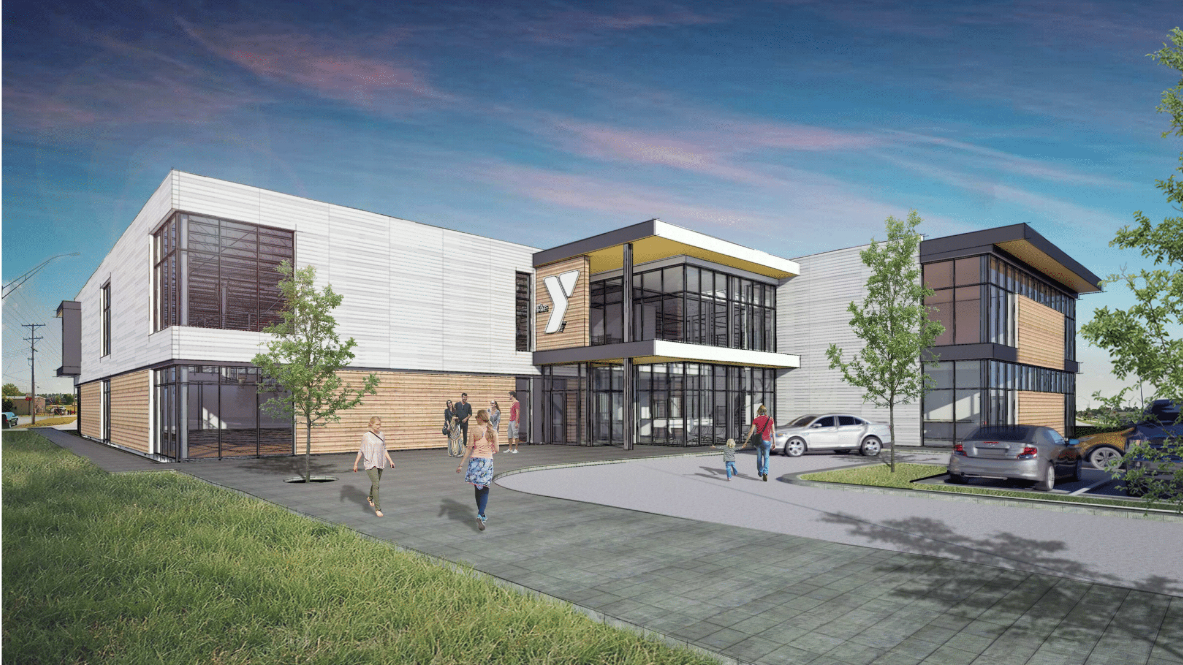 This rendering shows what the new YMCA in Eldridge would look like. The $14 million project would be a partnership among the city, schools and the Y. 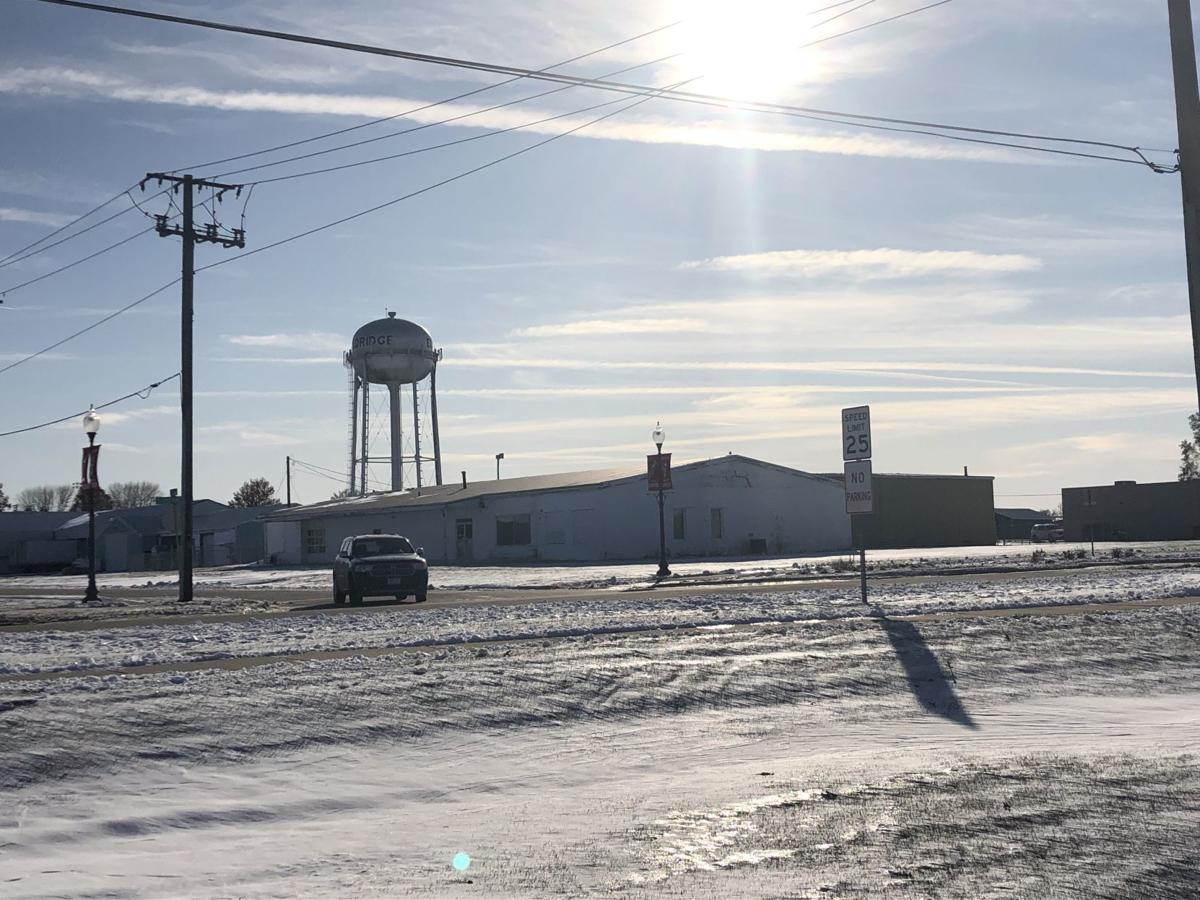 A 3.4-acre parcel, located at the southwest intersection of South 3rd Avenue and East LeClaire Road in Eldridge is the site for a proposed Scott County YMCA.

Next week, the future of a new YMCA project involving a school district, a city and the non-profit will be determined through special election.

On March 3, voters in the North Scott School District and Eldridge residents will vote on two initiatives that would lead to the construction of a Y in Eldridge. Polls open at 7 a.m. and will stay open until 8 p.m.

North Scott School District residents will vote to apply the Public Education and Recreation Levy to the project, while Eldridge voters will vote on the fate of City Urban Renewal Bonds.

Supporters say the project would help bring more families into Eldridge and the North Scott School District while allowing for more sports programs for the schools, while detractors say it's a tax increase for what is ultimately an amenity.

Here's what you need to know about the election:

In the works for years, special election triggered last year

According to North Scott School District superintendent Joe Stutting during a recent information session on the project, the idea for a Y in Eldridge came up in 2016 when the city discussed what to do with its recreation center. Eldridge Mayor Marty O'Boyle had approached the school district, knowing its desire for a pool.

"At that point, the two of us then invited the Y," Stutting said.

After a 2016 survey showed interest in the construction of a Y, the city, school district and Scott County YMCA have been working to identify a location and design what the building would be.

In December 2019, enough signatures were collected on a petition by residents Thomas and Nadine Schwarz to trigger a special election on the issuance of bonds.

What is the project?

If passed, the revenue from both funding sources would be dedicated to the construction of a 36,500 square foot Y facility at South Third Avenue and East LeClaire Road.

Designed by architects Gro, who have designed Ys across the country, the facility would be a two-story building with a six lane pool, a family rec pool and a gym on the first floor. The second floor would be a walking track that encircles other workout areas, featuring glass windows for people to watch swim meets.

Along with its fitness areas, the building would also feature areas for socializing.

"This type of facility is more than just a rec center, it's more than just getting into shape and losing weight," Stutting said. "It's a place where people can come and have relationships and build upon a ton of different programs."

The project is anticipated to cost $15 million, with $7 million each coming from the school district and the city of Eldridge, with $1 million contributed by the Scott County YMCA from fundraising. The school district's contribution would be funded through the SAVE 1 cent sales tax.

What will be voted on?

Two separate bond issues will be voted on in the election.

North Scott School District residents will vote on the use of the Public Education and Recreation Levy to provide revenue for ongoing capital expenses. While the Scott County Y would pay for ongoing operational costs, the PERL money would be used if there needed to be replacements for pool heaters or a roof. This requires a simple majority of over 50 percent to pass and would have an impact of $0.135, or approximately 13 and a half cents per $1,000 taxable valuation.

Eldridge voters will vote on whether the city will use Urban Renewal Bonds to fund the project. That would have an impact of 29 cents per $1,000 taxable valuation over 20 years, which is an increase of 1.1 percent over the current tax bill.

What would happen to the city's rec center?

At a meeting in January, the Eldridge City Council determined the 40-year-old Eldridge Recreation and Fitness Facility would close regardless of how the Y vote goes, accepting a recommendation from the finance committee.

“They felt that even if they wanted to keep the fitness center open, it's just outdated. Its expiration date is coming, and the amenities people want today it doesn’t provide any more,” councilor and finance committee member Frank King said during discussion at Tuesday's council meeting. “So the best interests of the members and the taxpayers of Eldridge is the decision for the city to close the fitness center at a date to be decided."

When the rec center closes will be determined by the outcome of the Y vote. If approved, the fitness center would continue to be subsidized. If the Y vote does not pass, the center will close at the end of the fiscal year.

When can you vote?

The special election is March 3, and voters will be able to vote at the same precincts that they normally vote at in general elections. Three satellite voting opportunities were given in February; Stutting said approximately 1,200 people voted during those times.

With the results in, here's what's next for the planned Eldridge/North Scott School District YMCA.

This rendering shows what the new YMCA in Eldridge would look like. The $14 million project would be a partnership among the city, schools and the Y.

A 3.4-acre parcel, located at the southwest intersection of South 3rd Avenue and East LeClaire Road in Eldridge is the site for a proposed Scott County YMCA.