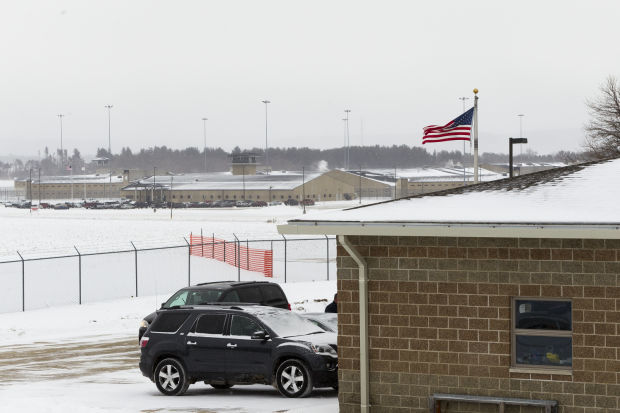 The Thomson Prison sits off in the distance from the Thomson wastewater treatment facility. 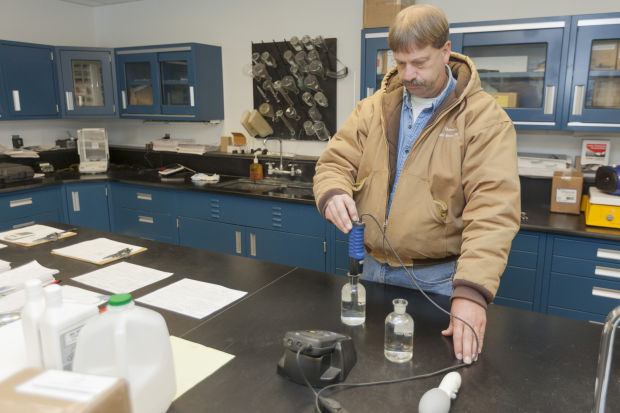 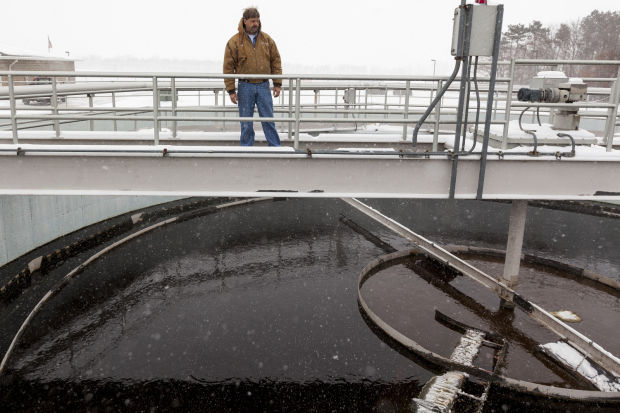 Even though it looks like the Thomson Correctional Center is finally on track to open, officials in the small northwest Illinois village are worried about their ability to pay off the remains of a $4 million bond that financed water and sewer improvements, built years ago to support the prison.

Because the prison never opened, the state of Illinois picked up the payments for years. But now that that the federal government owns the facility, things may change.

The Illinois Finance Authority, which holds the bonds, recently allowed the village some breathing room, saying its payment isn't due until the end of June. But the village president says the delay is merely a stopgap — and that with the prison still not open, the pending bond payments are still too hefty for this small town whose population is barely 600 people.

"I feel like the can that's being kicked down the road," Village President Vicki Trager said last week.

Until recently, the village was facing a deadline at the end of January to pay principal and interest costs on the bond, which still has an outstanding balance of about $2.8 million.

The finance authority approved a measure in December allowing a delay. And Chris Meister, the agency's executive director, said last week the new deadline, at the end of June, is even subject to being extended. In the meantime, he hopes a long-term solution with the federal government can be put into place.

However, Trager says the delay doesn't solve the essential problem: Without the prison operating and providing revenues for water and sewer services, the village doesn't have the money to make principal, interest and operations expenses.

The village is looking for $302,000 to cover its latest principal and interest payment, along with operations costs. About $157,000 of that is for operation expenses. Trager says the costs they're seeking are only attributable to the prison, not other parts of the city. "We're not trying to be greedy," she said.

The federal government's purchase of the prison has breathed new hope into the decade-long effort to open the prison and provide more than 1,000 jobs to this economically ailing region.

But while the prison has begun to hire staff, including a warden, it still doesn't have any prisoners.

The federal government, meanwhile, has shown no interest in helping to pay off the bond, Trager said. The Federal Bureau of Prisons did not respond to questions about the matter last week.

Trager says the village feels in a bind not of its own making.

"We've done everything the state has asked since the prison has been proposed," she said.

Meister said last week the state's payments over the past couple of years were a "voluntary, temporary solution" aimed at bridging the gap between the time the prison passed from state to federal ownership. The federal government announced its purchase of the facility more than two years ago, in late 2012.

Securing funding to open the prison, though, has been a lengthy process, and full activation still is dependent on the funding process, according to the Bureau of Prisons.

The transition from Gov. Pat Quinn to Gov.-elect Bruce Rauner also may have complicated matters.

Trager said she believes state officials are uncertain how to proceed, given the change in power.

Rauner is scheduled to be sworn in Monday. An email to his office seeking comment was not returned.

Some local lawmakers believe the state should continue to make the payments, and they say they're going to bat for the village.

State Sen.-elect Neil Anderson, a Republican who was newly elected in November, said he has communicated with Rauner on the issue but doesn’t know what the incoming governor's position may be. “We have to make a payment. It’s a moral obligation,” he said.

Colin Milligan, a spokesman for Rep. Cheri Bustos, D-Ill., said she was helpful in getting the state's support in 2013, after the prison was sold to the federal government, and that she would reach out to Rauner’s office, too.

"She is asking that the state of Illinois make the payment, as they have in the past," he said.

State Rep. Mike Smiddy, D-Hillsdale, also is working on the matter. He said he believes the state has a legal obligation to make the payment.

Thomson Correctional Center could get inmates in mid-March

THOMSON, Ill. — Thomson Correctional Center in northwest Illinois could see inmates move in next month as hiring ramps up for the federal pri…

The Thomson Correctional Center was built in 2001, but has remained mostly unused since. Here's a look inside and outside the prison, and thos…

The Thomson Prison sits off in the distance from the Thomson wastewater treatment facility.