The SAT exam will move from paper and pencil to a digital format, administrators announced Tuesday, saying the shift will boost its relevancy as more colleges make standardized tests optional for admission.

Test-takers will be allowed to use their own laptops or tablets but they'll still have to sit for the test at a monitored testing site or in school, not at home.

The format change is scheduled to roll out internationally next year and in the U.S. in 2024. It will also shave an hour from the current version, bringing the reading, writing and math assessment from three hours to about two.

"The digital SAT will be easier to take, easier to give, and more relevant," said Priscilla Rodriguez, vice president of College Readiness Assessments at the New York City-based College Board, which administers the SAT and related PSAT. "We're not simply putting the current SAT on a digital platform. We're taking full advantage of what delivering an assessment digitally makes possible."

Once essential for college applications, scores from admission tests like the SAT and rival ACT carry less weight today as colleges and universities pay more attention to the sum of student achievements and activities throughout high school.

Amid criticism that the exams favor wealthy, white applicants and disadvantage minority and low-income students, an increasing number of schools have in recent years adopted test-optional policies, which let students decide whether to include scores with their applications.

The pandemic accelerated the trend as testing sessions were canceled or inaccessible.

Nearly 80% of bachelor's degree-granting institutions are not requiring test scores from students applying for fall 2022, according to a December tally by the National Center for Fair & Open Testing, a watchdog group that opposes standardized testing. The group, known as FairTest, said at least 1,400 of them have extended the policy through at least the fall 2023 admissions cycle.

About 1.5 million members of the class of 2021 took the SAT at least once, down from 2.2 million in the previous year. A College Board survey found many students want to take the SAT to preserve the option of submitting the scores and qualifying for certain scholarships.

Rodriguez said the digital version will be delivered in a format more familiar to students who regularly learn and test online at school.

Also, student score reports will not only focus on connecting students with four-year colleges and scholarships, but also provide information about two-year college and workforce training options. That reflects an increase in the number of students who are given the exam during a designated SAT day at school, with some districts requiring students take it. About 60% of students who take the SAT do so at school, Rodriguez said.

"We want to present students with a wider range of information and resources about their post-secondary options," she said.

Scores will be available in days, rather than weeks, she said. There have been cases through the years of sets of paper exams getting lost in the mail.

"The digital version, I thought, was a lot less stressful than the paper and pencil version. It felt a lot more familiar," said Natalia Cossio, 16, of Fairfax County, Virginia, who took part in a November pilot after first taking the PSAT on paper.

She said the digital format would solve some logistical issues she's seen, like students bringing mechanical pencils instead of the required No. 2 variety, or advanced calculators that are not allowed. The digital version includes a basic calculator for the math section.

The College Board said students without a personal or school-issued device will be provided one for test day.

Stacker dug into Niche’s 2022 Best Colleges in America rankings, which employs data from the Department of Education, including everything from academics and admissions to financial aid and student life, and gives each of these factors a letter grade.

Best college in every state

Best college in every state

Hawaii: University of Hawaii at Manoa

A woman's voice — which authorities say is Vicky White's — is heard saying things including, "wait, stop ... airbags going to go off and kill us."

Authorities say multiple people have been shot at a church in Southern California and a flea market in Houston.

The secret passage featured rail and ventilation systems, electricity and reinforced walls, authorities said. The tunnel is in one of the most fortified stretches of the border, illustrating the limitations of border walls.

"I've got a serious situation here," the unidentified passenger said in the audio. "My pilot has gone incoherent, and I have no idea how to fly the airplane."

The body of 17-year-old Brittanee Drexel from New York who disappeared while visiting South Carolina's Myrtle Beach on spring break 13 years ago has been found. Here's more info on that and more of today's trending topics.

The baby formula shortage: What parents should know

Here's what parents should know as the baby formula shortage worsens in parts of the U.S.

Authorities say 20 people were injured in two shootings in downtown Milwaukee near where thousands of people were watching the Bucks play the Celtics.

Ashley Judd and her family wanted the world to hear from them how Naomi Judd died. The younger Judd shared the cause of death on "Good Morning America."

Mass shooting in Buffalo: What we know

Here's what we know and what we do not know about the mass shooting at the Tops supermarket on Jefferson Avenue in Buffalo.

US may be 'increasingly vulnerable' to COVID, what's behind the baby formula shortage, and more virus news

White House COVID-19 coordinator Dr. Ashish Jha issued a dire warning Thursday that the U.S. will be increasingly vulnerable to the coronavirus this fall and winter if Congress doesn't swiftly approve new funding for more vaccines and treatments. Get that and more COVID news.

Biden administration easing some US restrictions on Cuba

Biden administration easing some US restrictions on Cuba 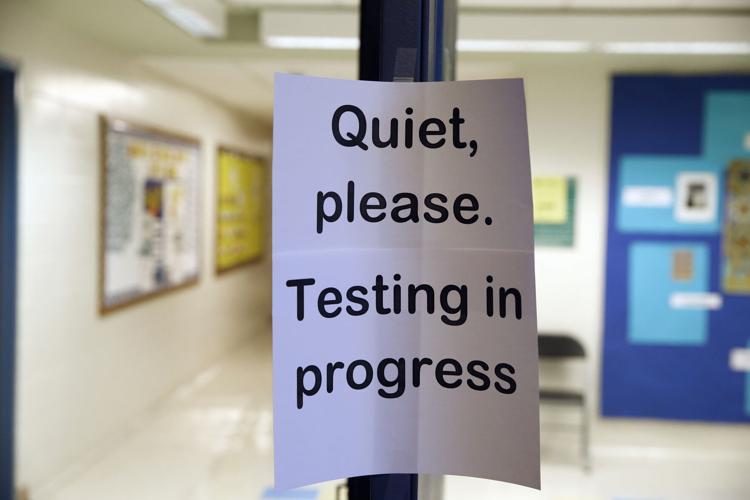 In this photo taken Jan. 17, 2016, a sign is seen at the entrance to a hall for a college test preparation class at Holton Arms School. 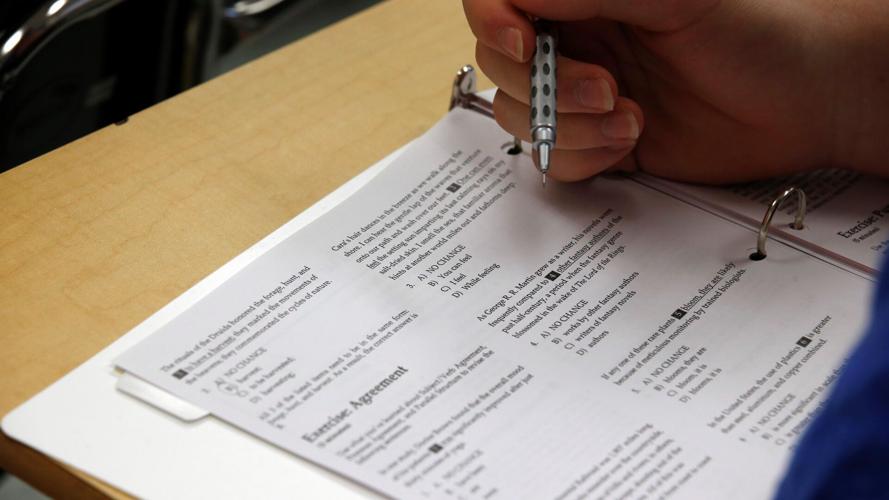 FILE - In this photo taken Jan. 17, 2016, a student looks at questions during a college test preparation class at Holton Arms School in Bethesda, Md. The SAT exam will move from paper and pencil to a digital format, administrators announced Tuesday, Jan. 25, 2022, saying the shift will boost its relevancy as more colleges make standardized tests optional for admission.