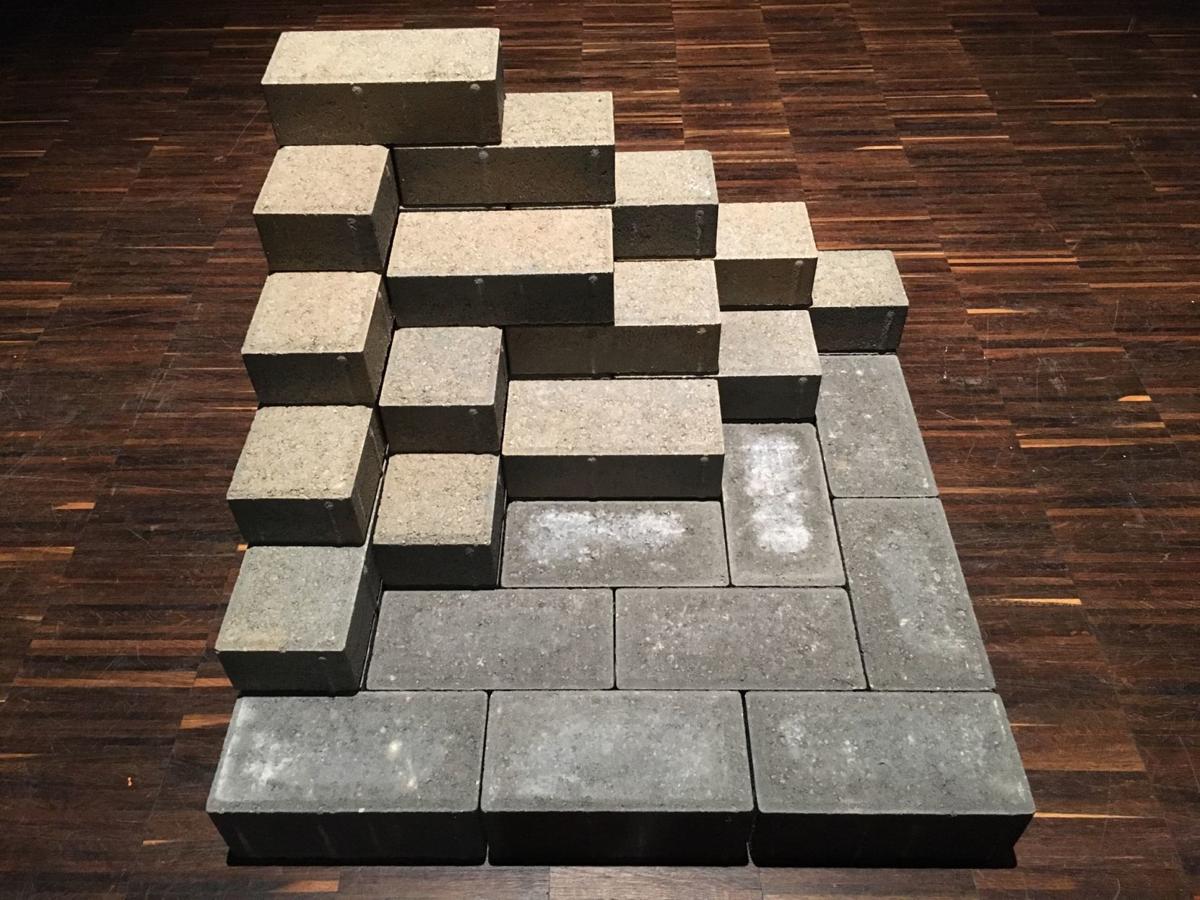 Concrete pavers are common, everyday items, but their placement makes them art. 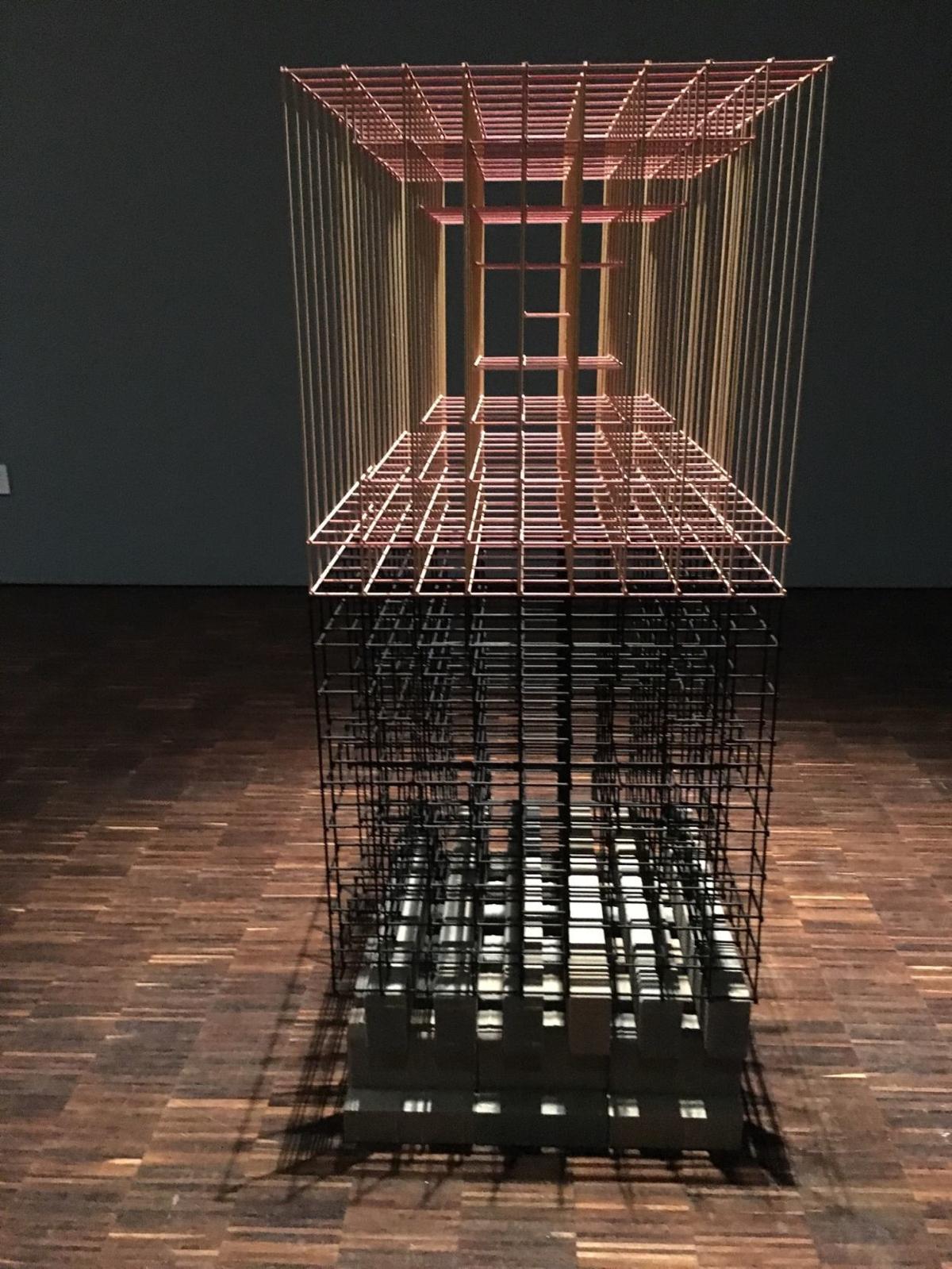 Many wooden sticks, painted different colors and arranged in different ways, create a geometric sculpture that changes as you view it from different distances and perspectives. 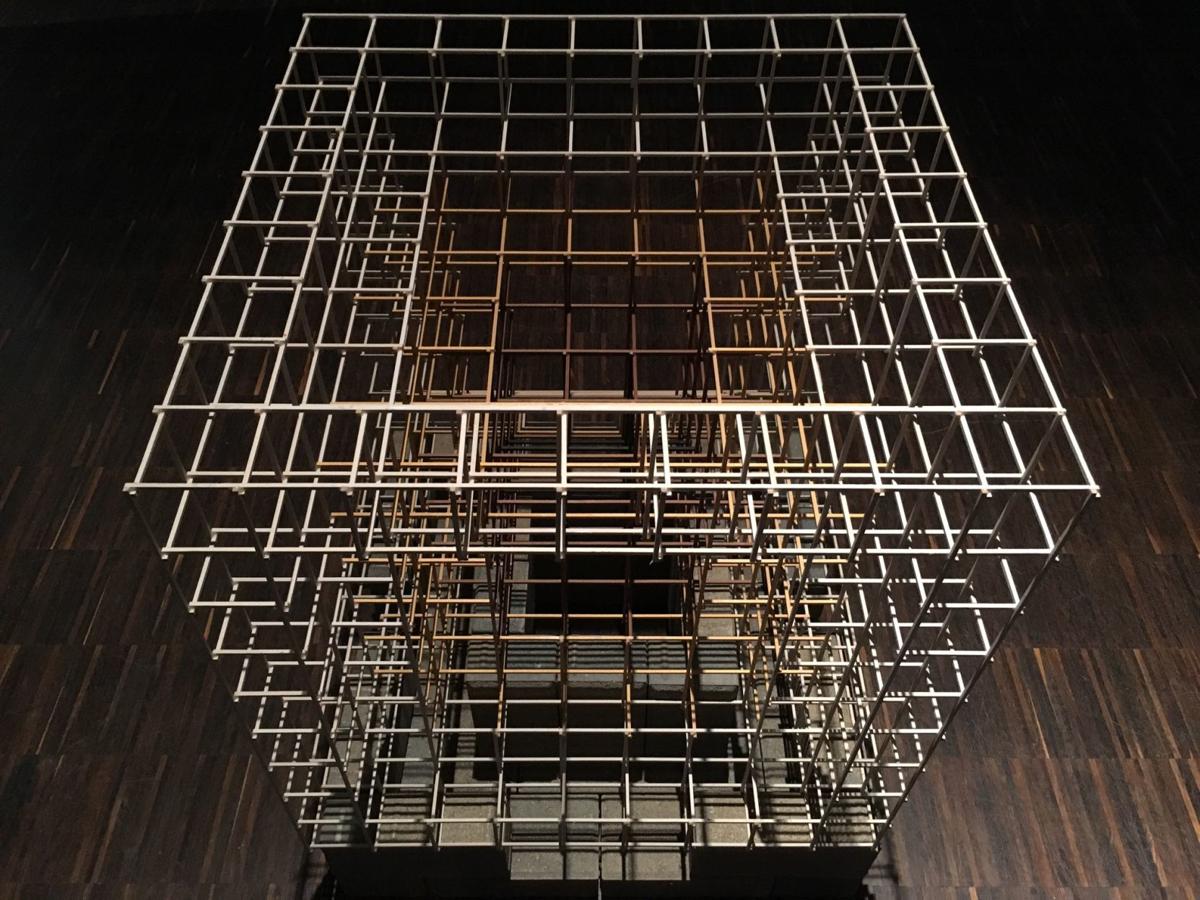 Alois Kronschlaeger's geometric sculptures are designed to echo the historic division of the Midwestern landscape into mile-wide squares.

The news release from the Figge Art Museum announced the opening of a new exhibition of geometric sculptures "designed to echo the historic division of the Midwestern landscape into mile-wide squares."

I am very familiar with these mile-wide squares, having gown up on a farm that was one-fourth their size and then, later in life, marveling at the squares from an airplane, the sections appearing like so many quilt pieces.

This way of divvying up land came out of the Land Ordinance of 1785. The survey system allowed for the parceling of government land and a way to collect revenue from its sale.

Intrigued, I read on. Titled Polychromatic Contemplations, the Figge exhibition by New York-based artist Alois Kronschlaeger combines "weaving, assemblage and painting in an array of intricate sculptures whose interior shapes and colors change as you move between and around them," the release said.

This made little sense to me. I decided I'd have to see it.

But not even that turned the trick of understanding, at least not immediately.

Walking into the darkened third-floor gallery, I was met by three rows of seven sculptures made mainly of wood sticks. Some tall, some short, some colorful, some incorporating bricks. None of them in any way evoked farm ground to me.

But after walking among them and seeing how their appearance actually changed according to where I was standing, how close I was, and how the light struck them, I came to realize that I was too stuck on the concept of sections of land.

The artist's point, really, is to make viewers ponder how appearances change depending upon one's perspective. The object doesn't change, but how we perceive it does. "He's playing with how our eyes work, how colors mix," Andrew Wallace, manager of collections and exhibitions, explained.

And it's not that the first look is deceiving. All looks are equally valid.

As we stood talking, several students from a humanities class at Black Hawk College dropped in. One man in particular was really taken with the realization of how the sculptures changed as he walked among them.

What appeared to him as a dog cage at first blush looked like something entirely different when he got closer, he said.

And that, Wallace responded, is one of the reasons the Figge and other art museums exist: to present different ways of looking at things, to awaken in viewers the realization that this is even possible.

Viewing the current exhibit is "your opportunity as a visitor to unpack the layers, to see all kinds of things you wouldn't see otherwise," Wallace said.

The exhibition continues through Sept. 16.

Concrete pavers are common, everyday items, but their placement makes them art.

Many wooden sticks, painted different colors and arranged in different ways, create a geometric sculpture that changes as you view it from different distances and perspectives.

Alois Kronschlaeger's geometric sculptures are designed to echo the historic division of the Midwestern landscape into mile-wide squares.