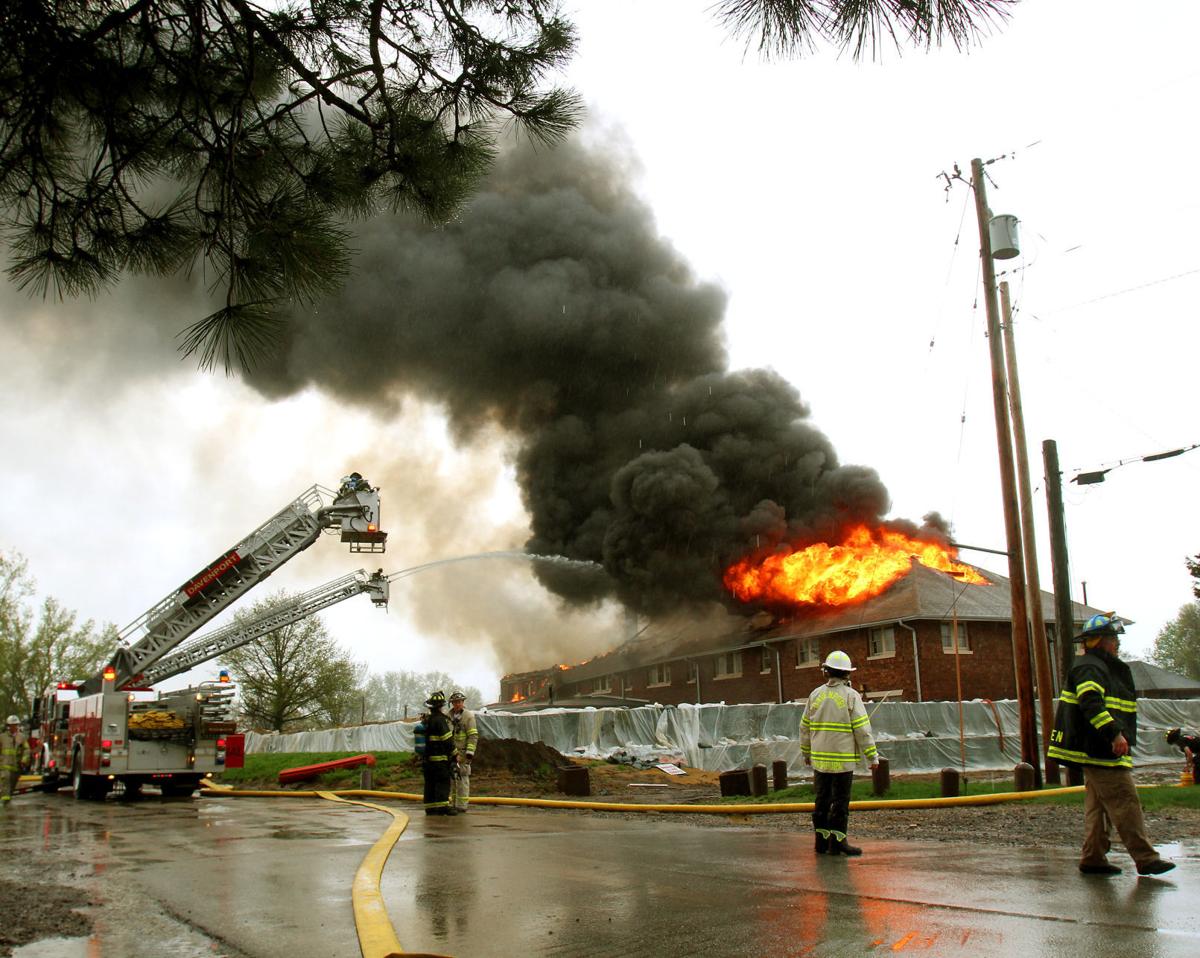 MAY 2, 2013: Flames and smoke pour from Credit Island Lodge.

This is a time when I will eat my words. On a May morning in 2013, fire gutted Davenport’s Credit Island Lodge. I was convinced that the place could not be restored and wrote that the $1.6 million received from insurance should be put to better use elsewhere on the island. Along with a photo of the ruins, my headline groaned:

Would you spend $1.6 million on this?

It looked impossible to save, but $1,645,789 was poured into the place to make it into a born-again lodge. This closes its second year of operation, and it's evident that the place was worth saving.

By golly, it’s hustling with activity like baby showers and bingo games. The place has facilities that I never thought could be restored when the lodge was burning with such ferocity that Rock Island’s fire department offered to come across the river and help fight the fire.

“We’re very busy now. We can handle 200 people at one time and have had at least 140 rentals in this current year,” says Courtney Jones, administrative assistant at Davenport Parks and Recreation. "Goings-on have included birthdays and anniversaries, baby showers and a voting place. The lodge is open daily except Christmas and New Year’s.”

The resurrection of the 1922 lodge is another example of how persevering people, banding together, can accomplish almost anything. Residents of the city, particularly the west end, had earlier formed Friends of Credit Island and pummeled officials to spend the $1.65 million insurance settlement on the building. The plea, simply, was they did not want a country club, but a lodge for friendly goings-on.

The Friends have a strong bond, playing bingo on Wednesday night and with their own hands and mowers and hammers, helping to keep the park in shape.

Watch now: Davenport and Bettendorf police search this stolen Hyundai that was recovered in Davenport.

MAY 2, 2013: Flames and smoke pour from Credit Island Lodge.