At 88, Grassley says he's got another run in him as he announces re-election bid 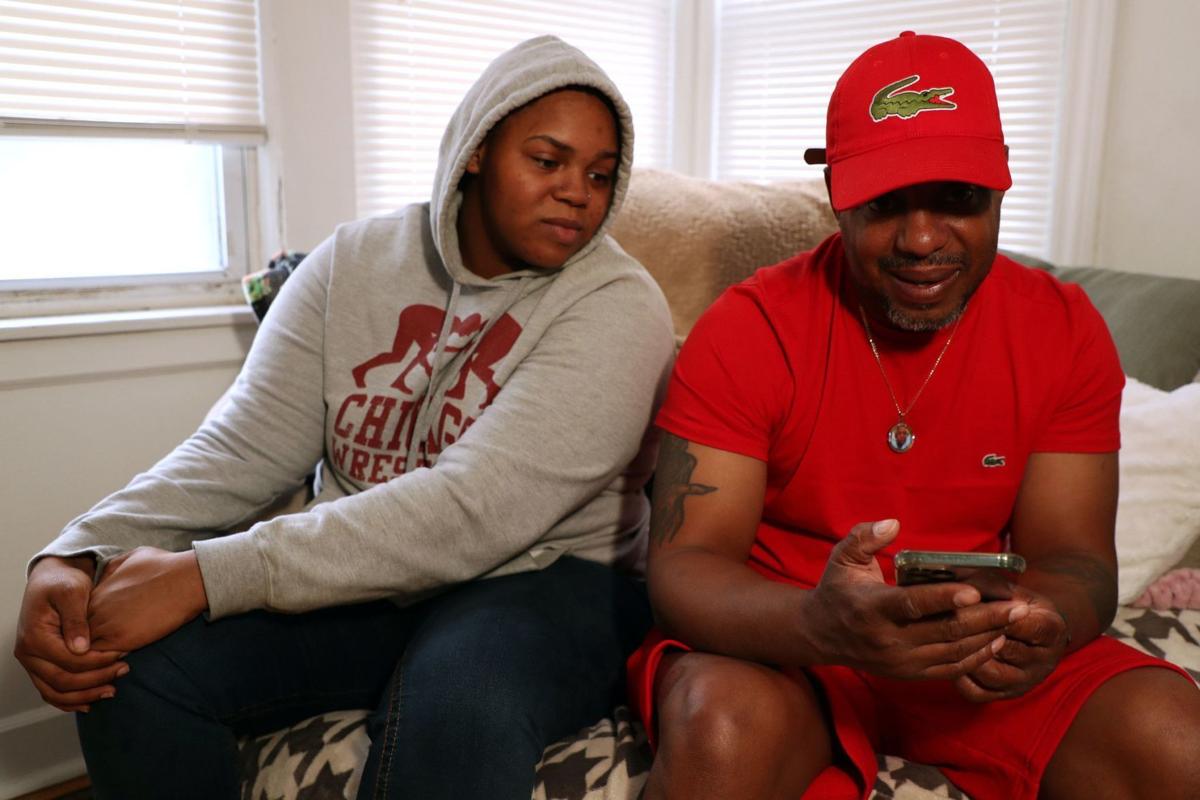 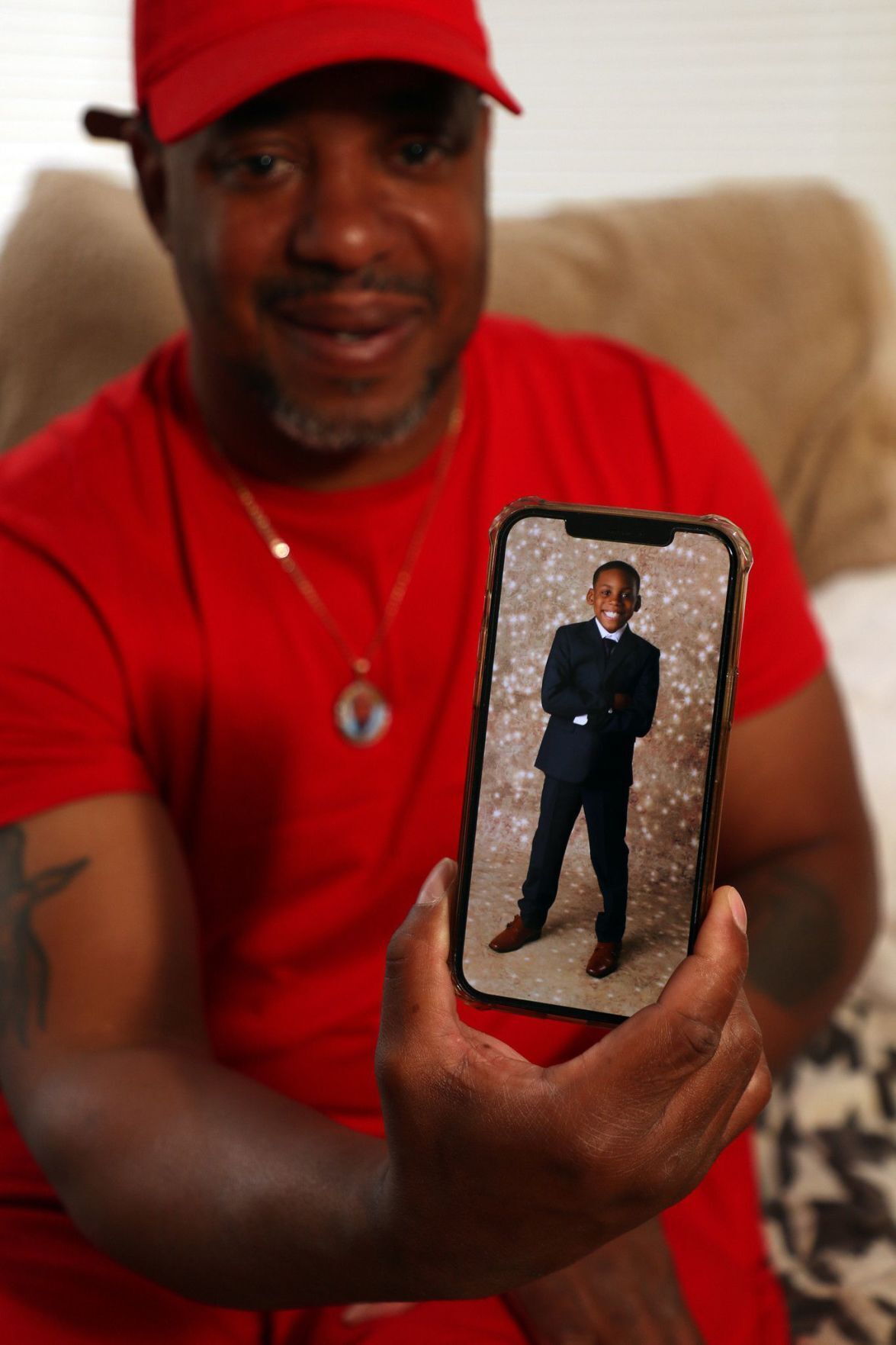 Lavell Ingram displays a photo of his son, Kaden Harris-Ingram, while at home in Chicago on Sept. 14, 2021. 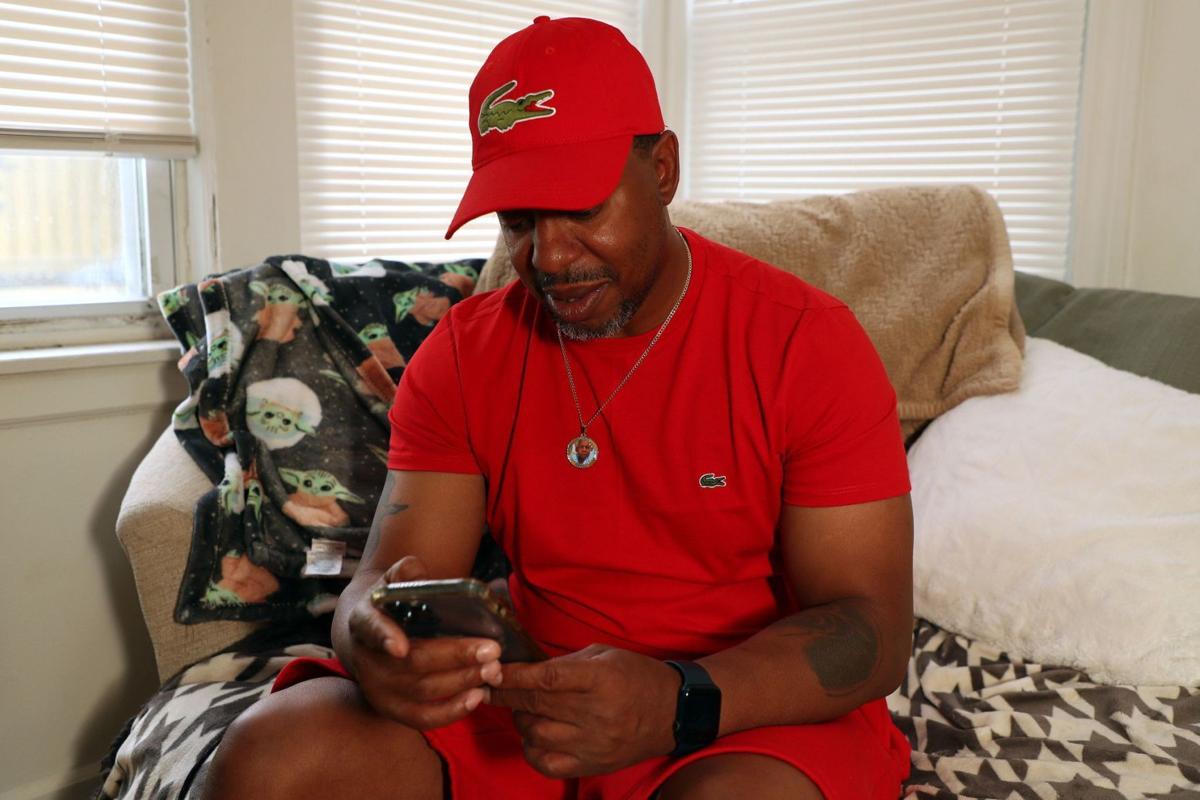 Lavell Ingram, father of Kaden Harris-Ingram, at home in Chicago on Tuesday, Sept. 14, 2021.

Cook County prosecutors have said Fallon Harris shot and killed her 12-year-old son this weekend over a missing digital storage disc. Social media trolls have accused her of killing Kaden Harris-Ingram “as an act of discipline.”

But family members — who are now planning a child’s funeral as his mother sits in jail, potentially facing a lifetime in prison — balk at those explanations. Fallon Harris’ mother, Mia Harris, and Fallon’s estranged husband, Lavell Ingram, point to a single culprit behind the fatal shooting that upended all of their lives: mental health.

“Her son was her best friend,” Ingram said. “She would never do anything to harm this baby. There was a lot of mental issues going on, and we failed to recognize it. And when did recognize it, it was too late.

“Whenever she realizes what she’s done, she’s going to be a danger to herself,” Ingram said Tuesday.

In the weeks before she allegedly shot and killed Kaden, Fallon Harris displayed “weird, erratic behaviors,” according to Ingram, Harris’ husband of 16 years. The pair recently separated and Ingram moved out, but he continued to spend the majority of his time at the family home in the 8000 block of South Bennett Avenue in South Chicago. Their marital problems, he said, were linked to her increasing paranoia and distrust.

“I talked to her and said, ‘We have to look at some type of therapy. We have to seek some type of counseling,’” Ingram said. “She wasn’t eating. She wasn’t her normal self. I wanted her to get evaluated, I pushed her to go see a therapist. Her first session was the day before … ”

Despite the family’s concerns, no one thought Fallon could ever hurt Kaden, Ingram said.

“We weren’t prepared for nothing like this,” he said.

‘I just want to be Fallon again’

Mia Harris said she knew that something wasn’t right with her only daughter. Recently, when she would call, Fallon would rush her off the phone, saying she would call back. “But she never did,” her mother said.

So Mia Harris, who had moved to Arizona when Kaden was 2, flew to Chicago Thursday night.

“I needed to see her. She just didn’t sound like herself, so I decided to come hop on a plane,’” Harris said. “I figured she can’t hang up on me if I’m sitting in her face.”

Mike Claffey, a city spokesperson, said Fallon Harris has worked in electrical operations for the Chicago Department of Transportation since 2014.

Mia Harris said she spent all day Friday with her daughter, and the pair met with three CDOT foremen to discuss Fallon’s need for treatment; they agreed she needed to see a psychotherapist, said Mia Harris. A source at the agency said the city provides counseling services and help would have been readily available.

“Even her job wanted to help her,” Mia Harris said.

After Fallon’s first appointment with a therapist Friday, her mother asked how it went. Fallon said she didn’t want to talk about it and “changed the subject,” her mother said. The only time Fallon Harris confided in her mother about her feelings was to say she didn’t feel like herself.

“She would say, ‘Mom, I just want to be Fallon again,’” Mia Harris said.

There was no reason to believe the 37-year-old would become violent, especially not with her son, who she regularly shared photos of on social media with the hashtag “best friends,” her mother said.

“My biggest fear is when she gets the help that she needs, you know, and she gets back — in her words, ‘when she’s Fallon again,’ ... this is going to break her,” Mia Harris said.

‘He was his mother’s everything’

Like many seventh graders caught in the bubble between adult ambition and childhood dreams, one day Kaden Harris-Ingram wanted to grow up and help people for a living — as a police officer or a pediatrician — and the next, the 12-year-old would insist he was destined to be a professional wrestler.

Unlike so many of his electronics-obsessed peers, Kaden wasn’t scrolling TikTok for the latest dance trend or pranks and practical jokes, according to his father. The Robert A. Black Magnet Elementary School student and history enthusiast spent much of his free time on YouTube, watching videos about figures in world history, such as Adolf Hitler and Genghis Khan.

“He said, ‘I’m going to keep my grades up, I want to go to Whitney Young (High School),’” according to his father. “Kaden was a very lovable child. He was still a child of innocence, with a pure heart. The heart of a kid.”

It was important to the couple to keep Kaden off the streets and away from violence. Prosecutors noted in court that his mother had no criminal history. She owned two guns and had her concealed carry license for protection.

Kaden mainly spent time with his 11 cousins, all of whom were close. One of his cousins has been troubled since Kaden’s death, Mia Harris said.

“Now she’s waking up with nightmares and asking her mother, ‘Is he really dead?’” Mia Harris said.

Ingram said his son was mature for his age and he had been becoming increasingly independent.

“He wanted to be able to ride the train or take the bus on his own. I was going to get him a Ventra card, and I figured I’d follow him the first few trips to make sure he could do it,” Ingram said.

But that didn’t mean he didn’t play video games or have moments when he behaved like the preteen he was.

Kaden, who played on the Brewers team for two years of Little League with the Hyde Park Kenwood Legends, loved the Cubs. His dad took Kaden to Clark Street in 2016 to join in the celebration when the Cubs made it to the World Series. His favorite players were Anthony Rizzo, Javier Baez and Addison Russell, all of whom have since been traded.

“Obsessed,” his father said. “He was more ecstatic about them winning the World Series than I was.”

‘There’s something wrong with my mom’

Like the rest of his family, including his big sister, Briana, 18, Kaden knew his mother was acting differently. Mia Harris said there wasn’t a single event or something they could point to as the impetus for the change, but it was clear she was under a great deal of stress.

Ingram said Fallon suddenly lost a bunch of weight because she had no interest in food. She stopped socializing.

“We don’t know why and we may never know why,” Mia Harris said. “That’s why I’ve just been stressing to the police and prosecutor and public defender, she needs treatment. We need to figure out what brought this on.

“Don’t look at her like some animal that needs to be caged. Let’s figure out what broke her because she was broken,” Mia Harris said.

When Fallon Harris appeared in bond court Sunday, she was disruptive during part of the hearing, interrupting the proceedings and arguing she hadn’t spoken with her court-appointed attorney in advance. Following the judge’s decision to deny bail, Harris sobbed as she asked to call her mother, which the judge approved.

But Mia Harris hasn’t heard from her daughter since Saturday. She said Fallon Harris has been denied a phone call, although that could not be corroborated Tuesday.

If she were able to speak to her daughter, she would share the same sentiment Kaden had toward his mother.

“I spoke with him and he was suddenly so mature. He said, ‘There’s something wrong with my mom, but I’m going to pray for her,’” Mia Harris said. “I didn’t even know he knew how to pray.”

Mia Harris said the family has been under attack on social media since the shooting, but not even the most loathsome attacks could change how she feels about her daughter.

“People be saying some of the most horrible things,” she said, noting that Kaden’s half-siblings, who are in their 20s, haven’t been able to unplug and ignore the comments the way she has. “I don’t know why we’re their intended target. All these shots you’re taking (are) hitting the grieving family. You’re hitting us and we’re already hurting.”

Taking her cue from Kaden, Mia Harris said she’ll just have to develop a thicker skin and continue to pray for her daughter.

“If I could talk to her I’d tell her that I love her and I know that she needs help. And we don’t hate you. ... I’m still your mom. I planned you, I wanted you and you were my angel,” she said.

Watch Now: Meet the Iowa lawmaker who would primary Grassley

Watch Now: Meet the Iowa lawmaker who would primary Grassley

Lesli Jett was portrayed as a selfish drug abuser who didn't like being at the East Peoria home with Tate Thurman. The boy had multiple bruises and abrasions when he died in 2020.

The families of three men who were killed in an explosion near Starved Rock State Park in May filed suit Wednesday afternoon against several construction and blasting companies that, the complaint alleges, left behind an undetonated explosive rod that the men accidentally ignited.

A 53-year-old man has been arrested on a felony hate crime charge after he allegedly hurled racial slurs and spit on a Black woman and her daughter before striking their vehicle with his own car outside a suburban Chicago grocery store, prosecutors said.

SPRINGFIELD — The Illinois Supreme Court on Tuesday extended its order limiting judgements in certain eviction cases to Oct. 3, putting it in line with the governor’s latest executive order.

In the span of less than an hour early Sunday, a tow-truck driver was fatally shot while doing his job on the South Side and five people were seriously wounded in a shooting on the West Side, according to Chicago police.

Ex-Chicago sergeant gets probation for bar fight that hurt 2

During his time as a Chicago officer, he was the subject of 35 internal investigations.

A DePaul University student was stabbed during a robbery outside a North Side bar early Saturday, according to Chicago police and the university.

A man who was allegedly armed with a knife was fatally shot by a Chicago police officer Sunday morning, authorities said.

Lavell Ingram displays a photo of his son, Kaden Harris-Ingram, while at home in Chicago on Sept. 14, 2021.

Lavell Ingram, father of Kaden Harris-Ingram, at home in Chicago on Tuesday, Sept. 14, 2021.