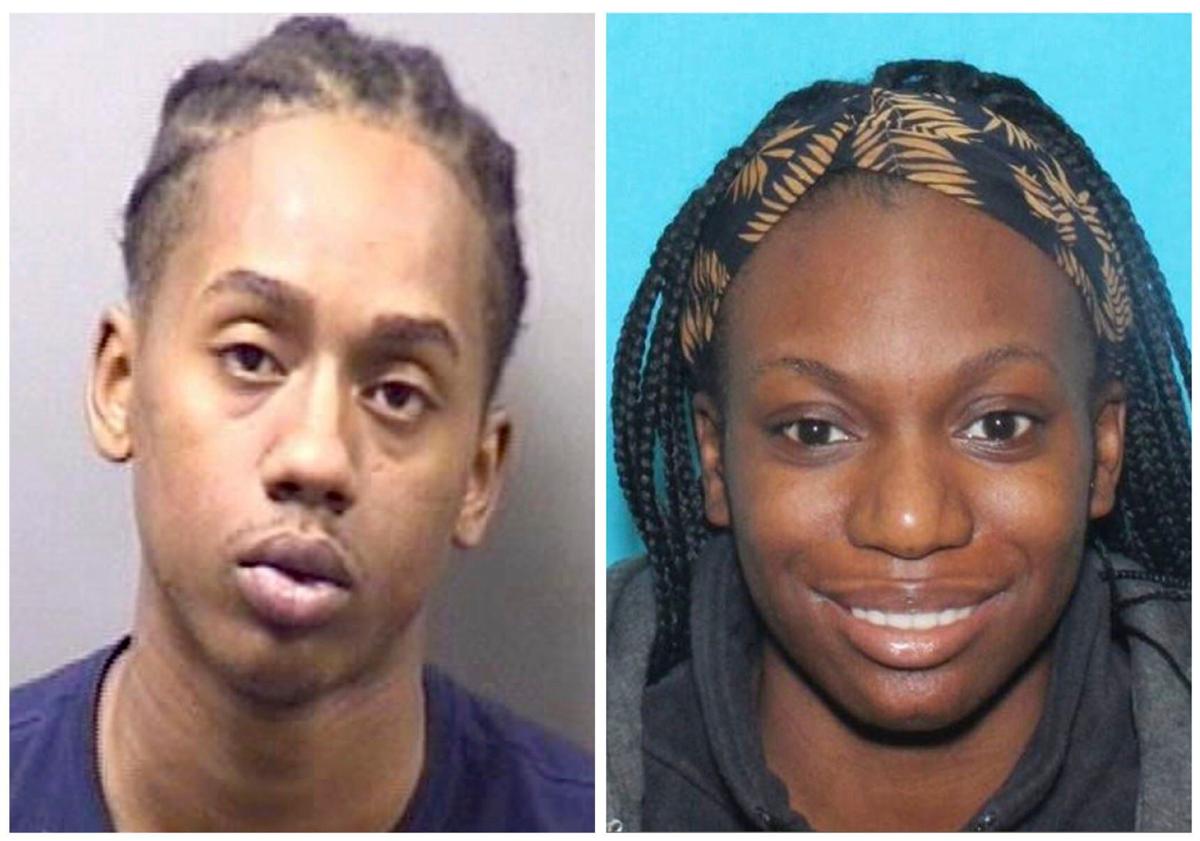 This composite image released by the Illinois State Police shows Darius D. Sullivan, left, and Xandria A. Harris, two people believed to have been involved in the fatal shooting of one police officer and wounding of another at a northern Illinois hotel. 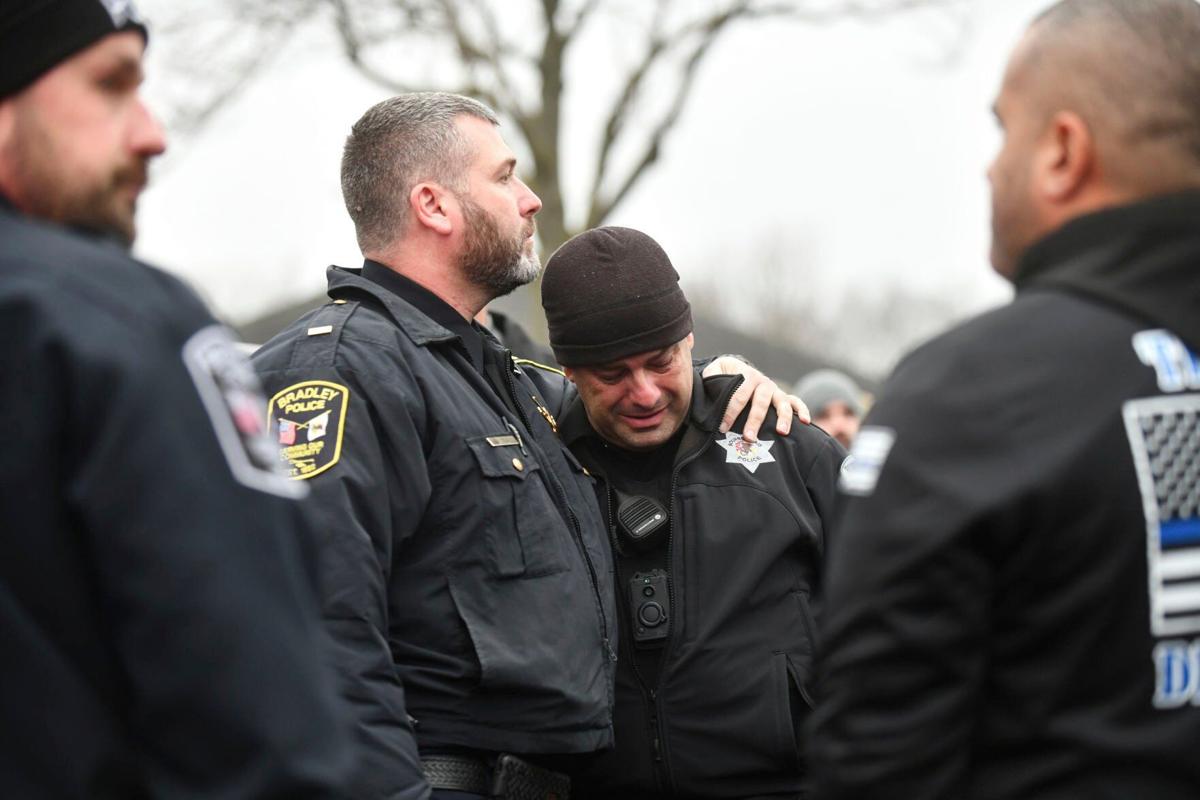 KANKAKEE, Ill. — A police officer who was killed at a northern Illinois hotel pleaded for her life before a man allegedly shot her with her own gun after she was disarmed during a struggle, a prosecutor said.

Bradley police Sgt. Marlene Rittmanic and her partner, Officer Tyler Bailey, were shot on Dec. 29 while investigating a noise complaint regarding dogs barking in a parked car outside a Comfort Inn. Bailey remained hospitalized Monday and is "fighting for his life," Kankakee County State's Attorney Jim Rowe said during a bond hearing for Xandria Harris.

Rowe said during Monday's hearing that Harris' co-defendant, 25-year-old Darius Sullivan, had his own gun and used it to shoot Bailey in the head after the officers knocked on the pair's hotel room door, the Chicago Sun-Times reported. Rowe said Sullivan then allegedly shot at Rittmanic as she tried to run away before he chased her down a hallway and pinned her against a door. As Sullivan and Rittmanic scuffled, he said Sullivan called out to Harris and she helped him disarm Rittmanic.

Rowe said the encounter was captured on Rittmanic's body camera.

He said Sullivan and Harris then allegedly stood over Rittmanic pointing guns at her as she lay on the floor, already shot once.

"Sgt. Rittmanic was pleading with them to, 'Just leave, you don't have to do this, please just go, please don't, please don't,'" Rowe said. "She was desperately pleading for her life."

Sullivan and Harris are charged with fatally shooting Rittmanic, 49, and critically wounding Bailey, 27. Sullivan, who was arrested in Indiana, is fighting extradition to Illinois.

In a statement released through the Illinois State Police, Rittmanic's family said she sought to meet people where they were in life and work with them to find solutions. To her, the job was about making the community safe for everyone, and she believed that "just because you can, doesn't mean you should," the statement said.

"If she pulled over a single mother without a $1 to her name but clearly had violations, she would consider the long-term consequences of creating more debt to someone that is already impoverished," Rittmanic's family said.

The Bradley Police Department said Rittmanic was a 21-year law enforcement veteran who served as an Iroqouis County deputy before she joined the Bradley department in 2007.

Rittmanic was a published poet, amateur photographer and film producer for family, police and community events, the department said. She met her wife, with whom she was an avid dog rescuer, in 1999, and they were married in 2011.

Rowe said his office will seek life sentences on the state charges. He has asked the Justice Department to review the case with the intention of pursuing federal death penalty charges. Illinois is not a death penalty state.

A message seeking additional comment was left for Rowe on Tuesday by The Associated Press.

WATCH NOW: Bruce Miller sits down to talk with Oscar nominee Diane Warren about her success

Fairview Heights Police Chief Christopher Locke said after Thursday's shooting that the three suspects and their victim were all known to each other. "It was a not a random attack," he said.

A woman released from prison on a murder and vehicular hijacking conviction was accused of setting fires inside a south suburban Walmart store in order to mask her shoplifting activities.

A convicted gunrunner accused of escaping from custody while attending his brother’s funeral has been arrested, authorities said.

A Granite City man has been charged with the murder of a 54-year old Washington Park resident.

A man known as the "Dreadhead Cowboy" has pleaded guilty to animal cruelty in connection with a rush-hour horseback ride he took along Chicago's Dan Ryan Expressway in 2020.

8-year-old girl dies after being shot in the head in Chicago, police say

An 8-year-old girl died Saturday after she was shot in the head in the Little Village neighborhood of Chicago in the afternoon, police said. A 26-year-old man was also shot and is in critical condition.

Former Northwestern professor sentenced to 53 years for slaying of boyfriend

A former Northwestern University professor was sentenced to 53 years in prison Tuesday for the violent slaying of his boyfriend.

A 77-year-old man remained hospitalized this week after sustaining head injuries when he was knocked to the ground by a stranger at a shopping mall in Lincolnwood, police said.

Chicago girl, 8, dies after being struck by stray bullet

A gunman targeting someone else on Chicago's southwest side instead shot an 8-year-old girl in the head, killing her, police said.

This composite image released by the Illinois State Police shows Darius D. Sullivan, left, and Xandria A. Harris, two people believed to have been involved in the fatal shooting of one police officer and wounding of another at a northern Illinois hotel. 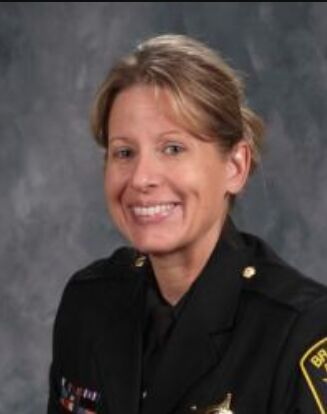