A video gambling operator has agreed to pay $75,000 to the Illinois Gaming Board as part of a settlement approved Wednesday that will end a bid to revoke his license over allegations he offered a $5 million “illegal inducement” to the owner of a chain of gambling parlors.

Rick Heidner’s Gold Rush Gaming agreed in the unanimously approved settlement to pay $45,000 to reimburse the board for “administrative and investigative costs,” along with a $30,000 fine for “unprofessional conduct.”

The disciplinary case centered on text messages Heidner, Gold Rush’s founder and secretary, sent to Gary Leff, whose company owned the Stella’s and Shelby’s chain of gambling cafes. That chain was being purchased by Dan Fischer, who told Heidner he was replacing Gold Rush’s gambling machines with devices from his preferred supplier. Heidner faced the loss of machines at 44 locations that accounted for nearly a quarter of his company’s gambling revenue, according to both Heidner and Gaming Board records.

Records of the text messages were filed as part of a long-running lawsuit between Heidner and Fischer. In one text, Heidner told Leff that he was on the brink of losing everything if he lost the gambling cafe locations. Heidner suggested he could reverse his fortunes by assembling investors to buy out both Fischer and a partner.

“I begged him not to destroy me, my family and my company,” Heidner wrote to Leff of a meeting with Fischer. “I spent a humiliating hour and a half. First thing I asked was if he would sell and I could get a group together quickly and would get him $5,000,000 more than he paid please make $5 (million), in a week. I told him none of my friends wanted to see this happen to me. He obviously said no.”

It was that text, and its claim that Heidner could pay Fischer an additional $5 million, that Gaming Board officials had said amounted to an “illegal inducement.”

The agreement states that Heidner acknowledged the text messages were “unprofessional.” The agreement, however, goes on to say that neither party admitted “wrongdoing, liability or mistake.” The agreement says Gold Rush will continue as a gaming terminal operator in good standing.

The settlement represents a win for Heidner, who has been battling gambling regulators and his rival Fischer in court. In October 2019, Heidner’s bid to build a southwest suburban horse racing track and casino was halted by Gov. J.B. Pritzker after a Tribune investigation revealed long-standing dealings with a convicted bookie and a banker with alleged mob ties.

Gaming Board Administrator Marcus Fruchter told the board before it voted on the settlement that his staff had “learned information and obtained evidence and materials that added clarity and context to the events underlying the disciplinary complaint.”

A statement from Gold Rush’s representatives said the settlement had “vindicated” the firm.

“After 18 months of denying false accusations from adversaries and fighting to protect my business, my family, and my reputation, I’m grateful that the IGB closely reviewed and considered the facts and evidence demonstrating that I did not offer an illegal inducement as the disciplinary complaint alleged,” Heidner said in the statement.

Heidner and Gold Rush also agreed in the settlement to end lawsuits against the Gaming Board, including one that accused an agency employee of leaking sensitive information to the federal government.

Also resolved was a December 2019 Gaming Board demand that Heidner part ways with a key employee the agency said associated with people who “pose a threat to the integrity of video gaming.” Ronald Bolger, Gold Rush’s director of operations, denied the associations, and the Gaming Board dropped the complaint as part of another settlement.

A state-licensed security guard who worked at Soldier Field ended his shift and went to the home of a longtime acquaintance, then shot the man to death because the guard was angry his wife had been visiting with her ex-boyfriend at the East Garfield Park home, prosecutors said Tuesday.

Three U.S. Army soldiers are accused of conspiring to buy firearms in Tennessee and illegally sell them in Chicago, where the weapons were traced to at least one mass shooting and other gun attacks, according to a criminal complaint filed Monday.

U.S. Attorney John Lausch was hospitalized over the weekend after suffering what’s often referred to as a mini-stroke, according to his spokesman.

A former Illinois Secretary of State office administrator and supervisor of vehicle services was sentenced last week for her part in defrauding that office and the Illinois Department of Revenue of nearly $350,000.

Family of Anthony Alvarez struggles with his public death, asks that ‘policing failures’ be addressed after his fatal shooting by an officer

It was just after midnight on March 31 when Anthony Alvarez’s brother reached out to him to see if he was OK.

Three U.S. Army soldiers are accused of conspiring to buy firearms in Tennessee and illegally sell them in Chicago, where the weapons were traced to at least one mass shooting and other gun attacks, according to a criminal complaint filed this week.

The sentencing hearing for an Alton woman who pleaded guilty to contributing to her 14-year-old daughter's death by failing to provide proper medical treatment for diabetes is underway in Madison County Circuit Court.

The fatal shooting of Quincy K. Ukaigwe, 30, is being investigated as a homicide by Kentucky State Police and federal authorities, officials said.

Man mourns his son who was shot to death celebrating Mother's Day in East St. Louis

When Andre Bennett got a knock at his door from Illinois State Police on Monday around 8:30 a.m, he knew it couldn't be anything good.

A 14-year-old boy was fatally shot Saturday night on the West Side and Chicago police detectives are investigating the shooting as a homicide. 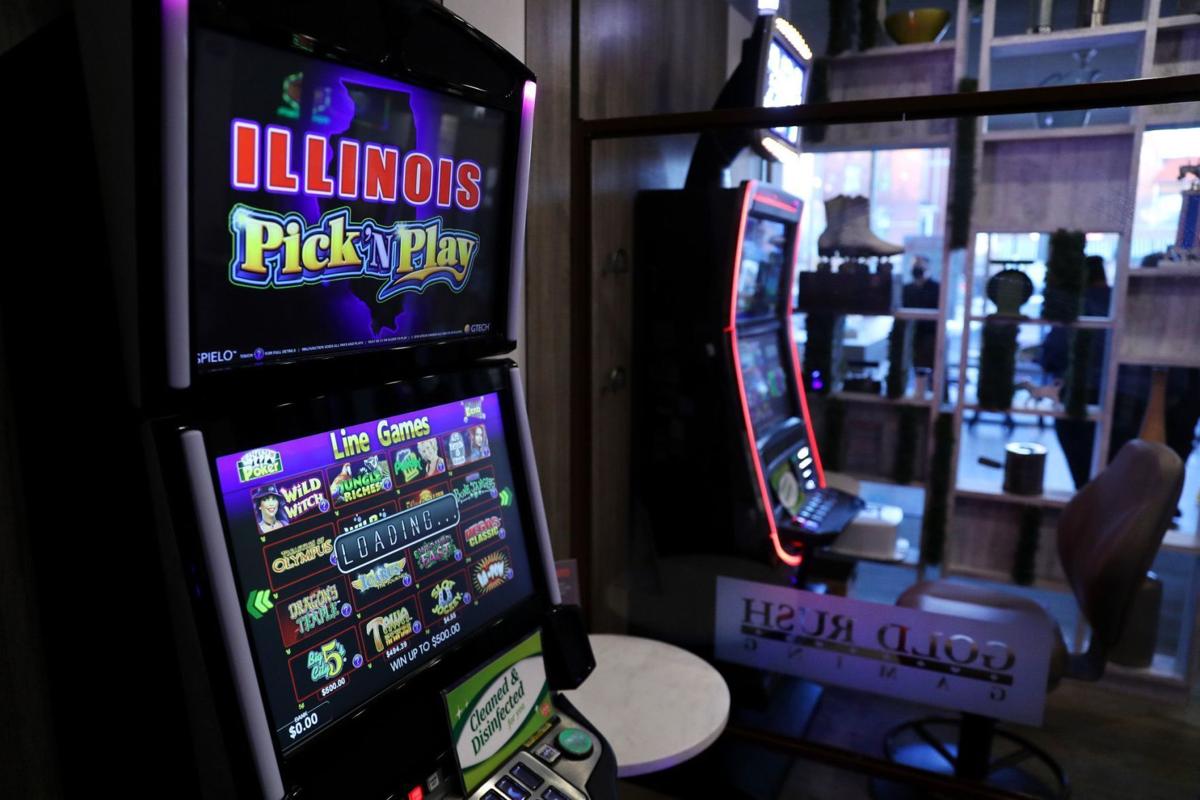 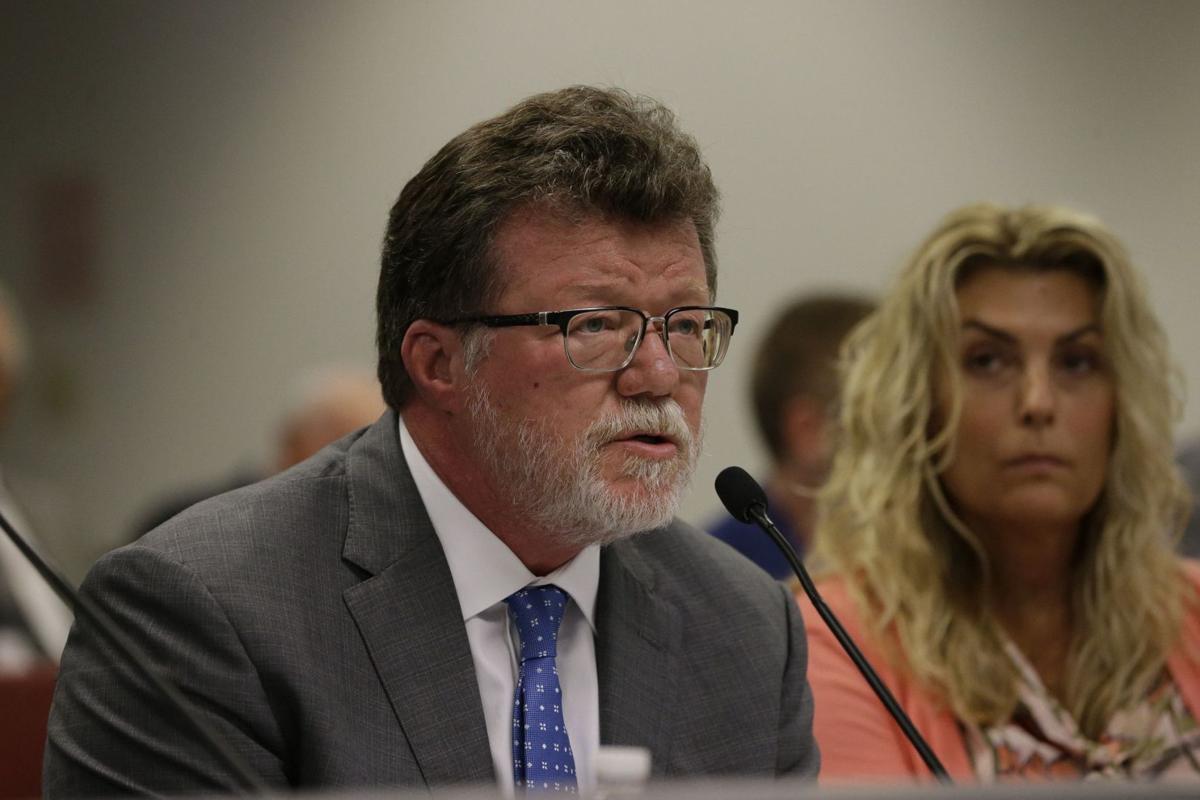 Rick Heidner talks to the Illinois Racing Board in Chicago in 2019.