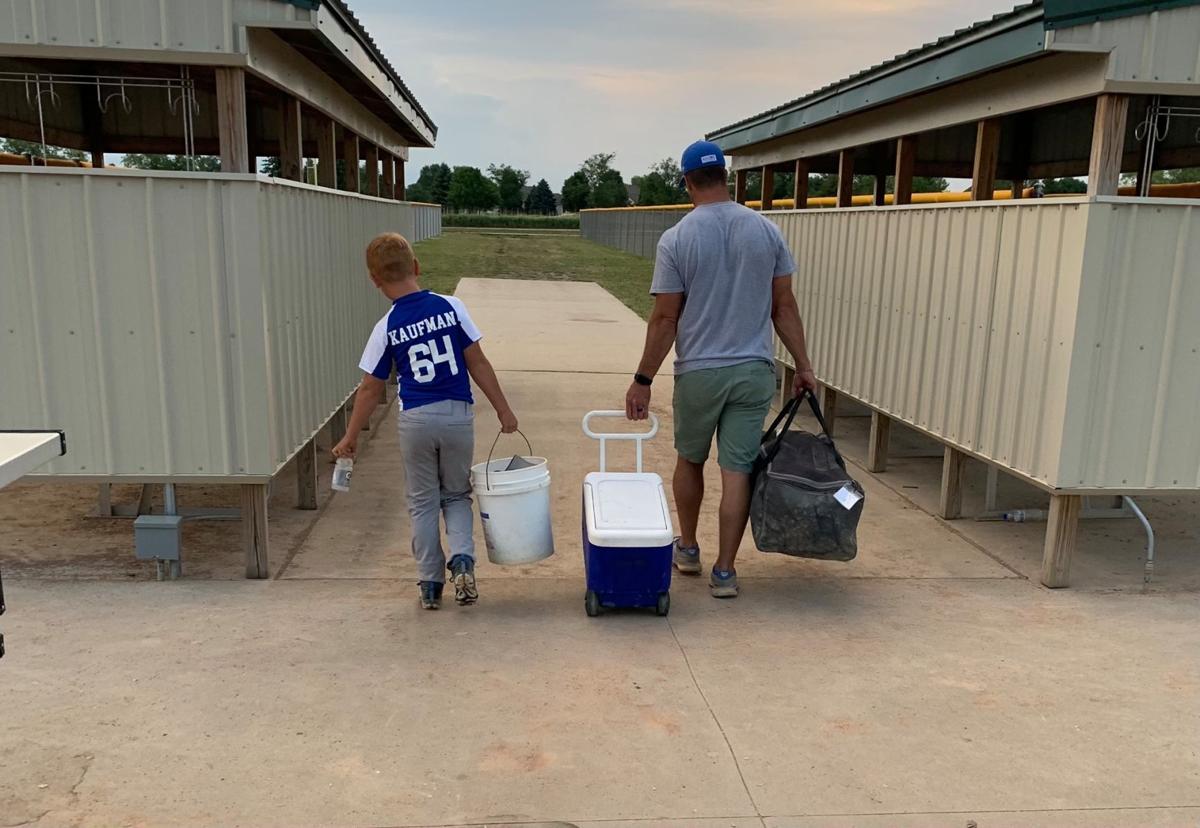 Beckett Kaufman, left, and his dad, Andy. Andy was a coach for Beckett's baseball team. 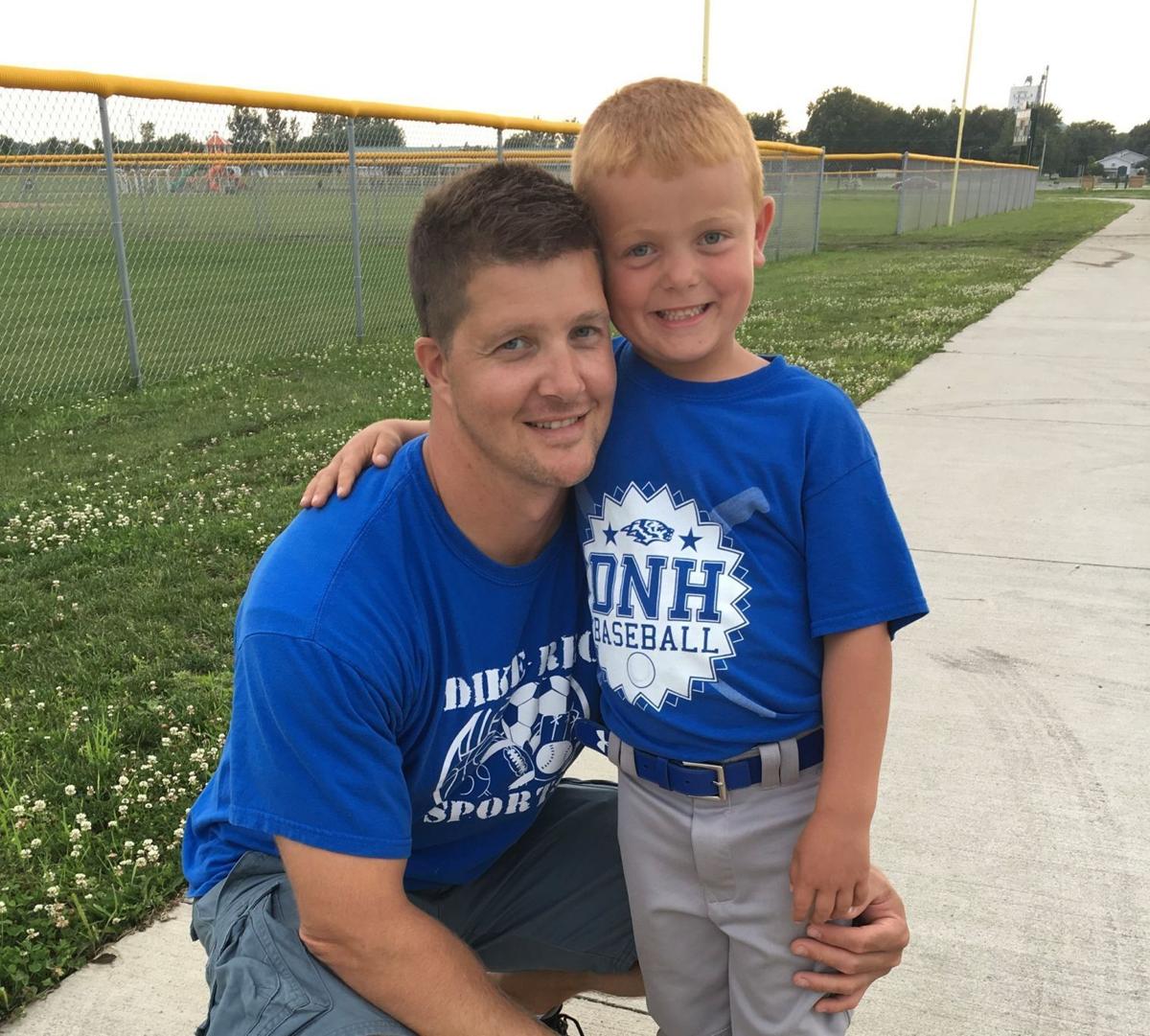 Andy Kaufman and his son, Beckett.

FAIRBANK — Andy Kaufman was a family man whose enthusiasm for remodeling helped improve the rural Cedar Falls home where he and his wife lived with their five children.

His 9-year-old son, Beckett, was a kind person often found helping other people.

“They were inseparable. Beckett loved his daddy,” Kevin Kaufman, Andy’s father, said in an interview Wednesday at his Fairbank farm.

Kevin and two of his sons, Adam and Derek, talked with The Courier about the 40-year-old father and son who died Friday when a barn on their rural Cedar Falls property collapsed. A funeral service for them will be held at 10 a.m. Thursday at Orchard Hill Church in Cedar Falls. Andy and his wife, Brook, have another son and three daughters. Andy was very involved in coaching a variety of youth sports that Beckett and his siblings have participated in.

“He was everybody’s rock, including mine. I’ve got a lot of good rocks in this family.”

An obituary lists seven siblings and two step-siblings in what Kevin called a “split family” due to divorce. “But we didn’t treat it like that,” he said. “We are a family.”

Just $26 for a full year of local news

Adam added, “He loved his life. He was always thankful we had such a big family and were so close to each other.”

He worked for an insurance company in Readlyn and had a gift for sales – starting with cars and then farm implements – but hadn’t entirely left behind the notion of living on a farm. The family was raising a number of animals such as chickens, goats, ducks, rabbits and a tortoise.

“He wanted his kids to have the values we were taught as kids and the work ethic,” said Adam. “And they all did, they all have that.”

The family had lived in Cedar Falls before buying the rural acreage in about 2010.

Kevin noted that, at the time, the house on the property “needed work.” Fortunately, Andy was up to the task. He completed multiple phases of remodeling on the building.

He had taken an interest in renovation work in 2004, when Kevin and his wife, Denise, bought a restaurant in Fairbank. Andy and his brothers helped remodel the building along with a cousin who is a carpenter.

“And Andy, he just took to carpentry and kept doing it,” said Kevin.

Recently, his attention was focused on the barn that had been moved to the property. Installation on a concrete pad was finished last week, on July 15. A day later the structure collapsed while he and Beckett were inside.

“This barn was a dream of his,” said Kevin. “They were going to insulate it and have a place for all the animals in the winter.”

The family lived in the Dike-New Hartford School District, which held a gathering for students and families Sunday.

“One of the kids at the event at Dike called Beckett the bucket-filler,” recalled Adam, noting the student’s explanation that “he was always helping someone. He was a kind kid.”

“Beckett always was trying to help people solve all their problems,” added Kevin.

He and his sons thanked the communities of Dike, Fairbank, Readlyn, New Hartford and Jesup – where Brook is a teacher – for being supportive through the loss of Andy and Beckett.

“The overwhelming outpouring of support,” said Adam, has been appreciated.

As of Wednesday, an online Go Fund Me campaign to provide financial support to the family had exceeded $80,000. Adam said the last he heard, people had signed up to bring meals to Brook and the children through the end of August.

“That’s just a testament to how many lives they touched – both Andy and Beckett,” he said.

Barn collapsed day after being installed on property, killing Iowa father and son

CEDAR FALLS — A barn that collapsed Friday, killing a father and his young son, had been moved and installed on a concrete pad the day before,…

CEDAR FALLS — Two people were killed when a barn collapsed in Cedar Falls on Friday night.

Beckett Kaufman, left, and his dad, Andy. Andy was a coach for Beckett's baseball team.

Andy Kaufman and his son, Beckett.