Gov. J.B. Pritzker hailed the energy policy overhaul he signed last month as a “giant leap forward” in addressing Illinois’ contributions to climate change, a sentiment echoed by many environmental advocates and other supporters.

But Illinois has a track record of setting and celebrating renewable energy targets only to miss the mark by a wide margin, calling into question whether the state will be able to deliver on its latest lofty promises for a cleaner energy future.

And while Pritzker and other backers laud the latest effort for its focus on preserving and creating jobs in the clean energy sector and boosting opportunities for Black and Latino workers and businesses, an economist who studies energy issues said the state might be trying to do too much at once if the main goal is cutting carbon emissions.

“When you try to solve two problems at once, there’s a tendency to solve neither problem particularly well,” said Steve Cicala, a Tufts University economist affiliated with the Energy Policy Institute at the University of Chicago.

At the heart of the wide-ranging new law are ambitious goals to vastly increase the share of electricity consumed in the state that comes from renewable sources like wind and solar — to 40% by 2030 and 50% a decade later — and to eliminate carbon pollution from power production by midcentury.

To that end, the measure also includes a schedule for shutting down coal- and gas-fired power plants and bails out nuclear plants owned by the parent company of scandal-plagued Commonwealth Edison at a cost to customers of nearly $700 million over five years.

“Together, we’re mitigating the impacts of climate change and we’re establishing the most aggressive clean energy laws in the Midwest, all while supporting and creating thousands of new, clean energy jobs,” Pritzker said last week as he accepted an award from the Illinois Environmental Council.

In addition to the equity goals in the new energy law, policymakers have prioritized the in-state development of new wind and solar projects, continuing an approach that Cicala said can undermine efforts to boost the use of wind and solar power.

To have the best shot at meeting its renewable energy goals, the state — and consumers — would be better served by focusing on “securing the lowest-cost provider, regardless of whether they’re in Illinois or not,” Cicala said.

Under the last major overhaul of state energy policy, signed into law five years ago by then-Republican Gov. Bruce Rauner, Illinois was supposed to get 25% of its energy from renewable sources by 2025.

That deadline, which is no longer in effect under the new law, is still four years away, but it is widely acknowledged that the state was not on track to meet it and has been behind the curve since the start.

By this year, 19% of the energy consumed in Illinois was supposed to come from renewable sources. But the state is on track to reach only about 8%, less than half the goal, according to the Illinois Power Agency, which was created in 2007 to plan for the state’s procurement of renewable energy, among other responsibilities.

The Pritzker administration and supporters of the new law — some of the same groups that backed the previous overhaul and celebrated its passage — blame everything from insufficient funding to competing policy priorities for making the targets essentially unattainable.

“The structure of what we have set up in the new climate bill is fundamentally different than what happened during (the previous law),” said Deputy Gov. Christian Mitchell, Pritzker’s lead negotiator on energy issues. “And that’s at every level.”

But the 2007 law set the bar artificially low by making the goal applicable only to power purchased directly from the state’s two largest electric utilities: ComEd in the Chicago area and Ameren Illinois in most of the rest of the state.

Within a few years, however, droves of customers — and at times whole groups of municipalities — were fleeing those two utilities for alternative electricity suppliers. That meant the goal applied to small subset of customers who accounted for only about 20% of the state’s total energy load.

Meanwhile, the Illinois Power Agency faced a series of policy and market roadblocks that essentially prevented it from being able to use the money being collected from alternative supply customers to spur renewable energy development, at times leaving the funds vulnerable to lawmakers looking to plug holes elsewhere in the chronically shaky state budget.

The law Rauner signed in late 2016 was supposed to fix those issues, but problems remained and new ones arose, including a significant slowdown of renewable energy development last year amid the coronavirus pandemic.

One of the major reasons the state has failed to meet its targets was that utility regulators essentially instructed the Illinois Power Agency to ignore the percentage-based goals in favor of other policies that focused on in-state renewable energy development.

The Illinois Commerce Commission said in an April 2018 order that if there were conflicts between meeting the percentage goals and fostering new development, the law “unequivocally” prioritized in-state development.

Other factors also stymied the growth of renewable energy in Illinois.

The 2016 law generated about $230 million in annual subsides for renewable energy from charges tacked onto power customers’ bills. That money helped fuel something of a solar boom in Illinois.

But funding for some solar programs ran out at the end of 2020. Another $317 million in potential renewable energy funding was set to be refunded to power customers beginning late this summer because projects in development didn’t come online by a May 31 deadline.

Those and other shortcomings of the state’s previous clean energy efforts are among the issues Pritzker and lawmakers attempted to resolve in the measure he signed last month.

The new law doubles the amount collected from power customers to about $500 million per year, at an estimated cost of about $1.22 more per month for the average residential ratepayer, according to the governor’s office.

Increased incentives should boost wind and solar development, supporters say, but another key provision is a technical change to the way the state prices renewable energy consumption.

Because it’s impossible to tell whether energy was generated by burning coal, splitting atoms or spinning turbines once the power is on the grid, Illinois uses “renewable energy credits” to track how much electricity it’s getting from renewable sources.

The credits, which are sold separately from the energy itself but entitle the buyer to claim its environmental benefits, each represent 1 megawatt-hour of electricity. For context, the average ComEd customer, using bundled electric service, consumes a little less than seven megawatt-hours of electricity per year, according to the ICC.

Previously, the credits were sold at a fixed price, which exposed wind and solar project developers to potential risks from fluctuating energy prices. Under the new law, the price of the credits is linked to the price of energy, moving in the opposite direction to hedge against volatility and provide steadier revenue for companies looking to develop large-scale wind or solar energy projects.

Proponents say that arrangement, which was a major request from the renewable industry in negotiations, should make it easier to finance projects, spurring development and keeping costs low.

“You just make that space so much more viable and just as a matter of volume, you end up with more wind and solar on the grid simply because you are getting larger-scale projects, you are reducing the financing costs for the private companies, and you’re reducing their risk,” said Mitchell, the Pritzker deputy who led energy negotiations. “So when you do that, that just allows you to get much more on the grid much faster.”

Still, while the new law addresses many of the flaws that hamstrung earlier efforts, “it will take time before the changes in the law will be manifested in seeing significant new volumes of renewables,” Illinois Power Agency Director Anthony Star said in an emailed response to questions.

The agency is working to set up the programs outlined in the new law, but the state’s success in meeting the new goal of 40% renewable power by the start of next decade “ultimately depends on the private market to develop projects,” Star said.

“For large projects in particular, the timelines for project development can be lengthy,” he said.

Despite the changes, much of the focus of Illinois’ renewable energy policy remains focused on in-state development, which Cicala, the Tufts economist, argues can be counterproductive to the goal of boosting the use of renewable energy.

“That may come from this sort of ideological focus on jobs rather than the environment,” Cicala said. “And so that is something that’s going to naturally raise the cost of complying with the target because you’re not searching for the lowest-cost source of energy; you’re searching for an in-state source of energy.”

That policy choice could run counter to the overall goal of “decarbonizing the economy” because higher energy prices could led to fewer people electrifying their homes and vehicles, Cicala said.

While Cicala had misgivings over the expansive scope of the law, Ashlynn Stillwell, a professor of civil and environmental engineering at the University of Illinois, commended the new law’s ambitions to tackle multiple issues simultaneously.

“It’s not just as simple as engineering in a switch for how we provide electricity to the grid and change how we power our transportation system to have more electrified mobility,” Stillwell said. “It’s not that simple. It’s humans involved in that system also, and those humans matter a lot.”

As for boosting renewable energy usage over the course of this decade and ultimately being carbon-free by 2050, “it’s possible,” Stillwell said.

“It’s going to take hard work and actually getting to work and putting money toward getting there,” she said. “We can do it, and now’s the time to do it.”

Top pics from the weekend: Baseball playoffs and more

The company is in line to receive up to $49.5 million in state tax breaks through the EDGE, or Economic Development for a Growing Economy, program. No incentives have been paid out yet, a spokeswoman for the Illinois Department of Commerce and Economic Opportunity confirmed.

President Biden visits Illinois to defend his vaccine mandates. Plus, Peter Hancock and Jerry Nowicki discuss the start of congressional redistricting hearings and the debate over qualified immunity for law enforcement.

Reynolds: Redistricting will be lawmakers’ priority, not mandates

CEDAR RAPIDS — Redrawing Iowa’s legislative and congressional election boundaries is the No. 1 priority when legislators meet again in an Oct.… 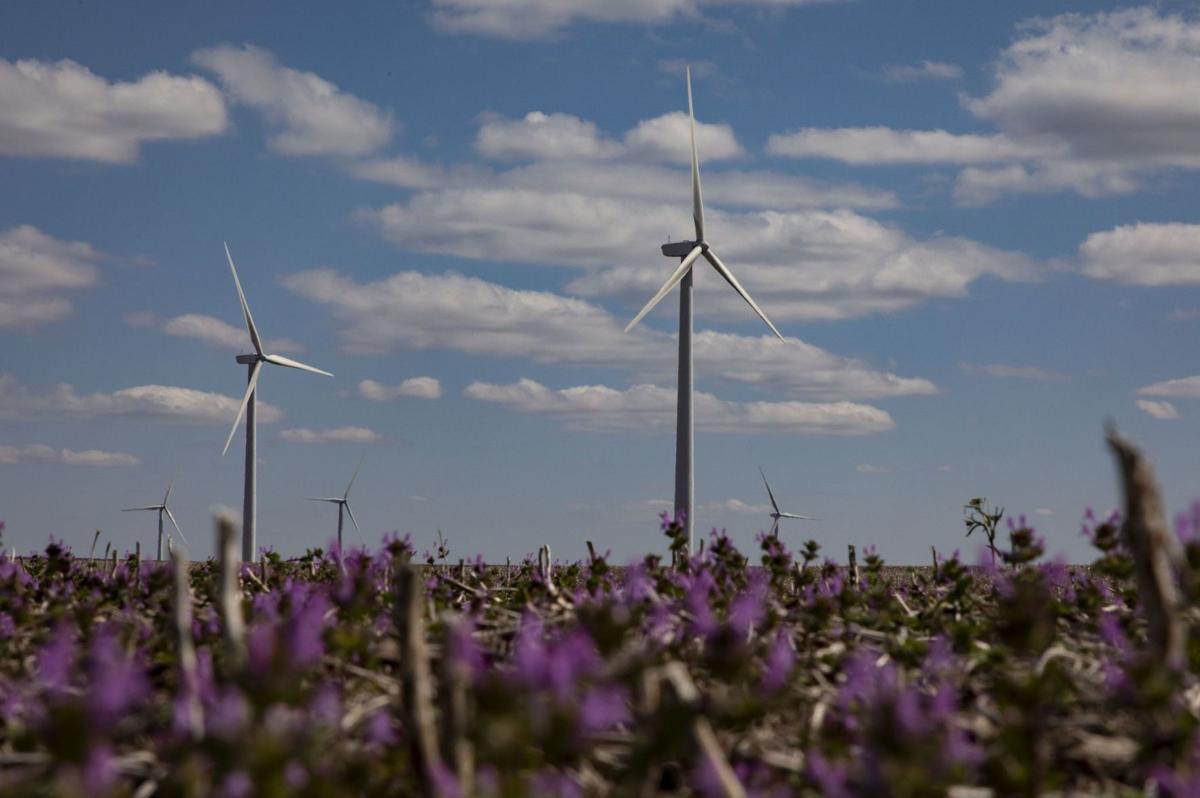 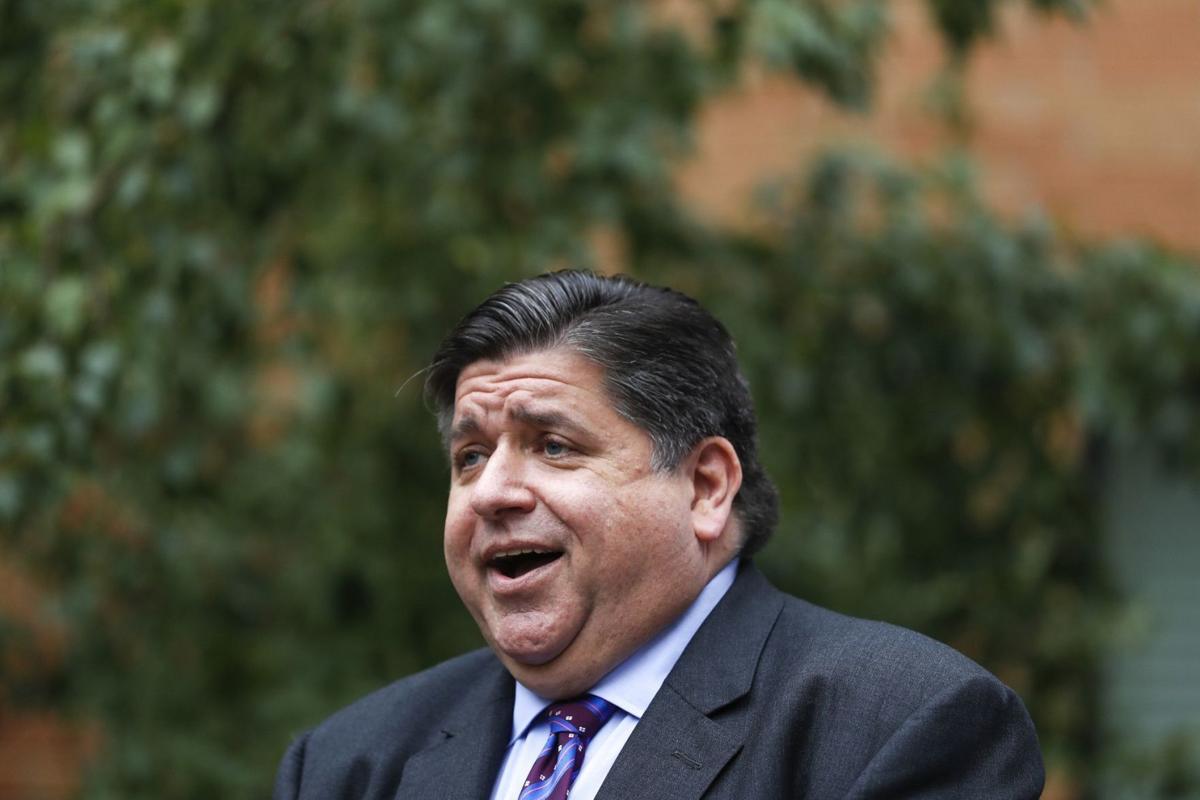 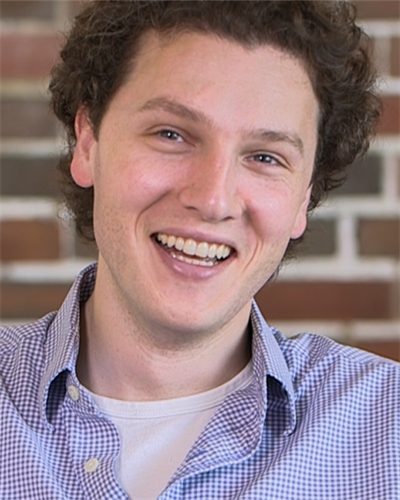