SPRINGFIELD – Republicans rallied at the Illinois State Fair on Thursday with their eyes firmly set on trying to regain control of Congress and winning back the governor’s office in 2022.

Several hundred of the party faithful gathered at the fairgrounds under a hot sun, waving “Fire Pritzker” placards, to eat barbeque and hear messages from members of the state’s congressional delegation, legislative leaders and officials from the state party and Republican National Committee.

“I’ve spent a lot of time in blue states this year and I like what I've seen,” RNC Co-Chairman Tommy Hicks, of Texas, said at the rally. “I've been in the state of Washington, Maine, New Hampshire, Vermont, Connecticut, New Jersey and now Illinois. Every event is packed. The excitement is real. And the enthusiasm is firmly on the Republican side.”

The event was emceed by Paul Palazzolo, clerk of the Sangamon County Circuit Court, who attempted to rouse the crowd with a series of jokes delivered like a standup comic. But some of the jokes appeared to make portions of the audience uneasy, including remarks about U.S. House Speaker Nancy Pelosi’s physical appearance, Gov. JB Pritzker’s weight, President Joe Biden’s age and New York Gov. Andrew Cuomo’s sexual harassment scandals.

That was not the kind of tone that some other Republicans have been trying to strike as they try to run for statewide office in a largely Democratic state. Among them is Paul Schimpf, a former GOP state senator from Waterloo who is one of the three announced Republican candidates for governor. He was the Republican nominee for attorney general in 2014.

Speaking to reporters at an event earlier in the day, Schimpf recalled his 2016 Illinois Senate race against former Democratic Lt. Gov. Sheila Simon.

“We won that race by almost 22 points, and the reason we won that race is because we talked about the issues that unite us,” he said. “And we also ran a campaign where it wasn't toxic. The people of Illinois are tired, really, of toxic politics I think at this point.”

Also running for governor on the Republican side next year are state Sen. Darren Bailey, of Xenia, and Chicago businessman Gary Rabine.

Despite the enthusiasm on display at the annual Republican Day gathering at the fair, the Illinois GOP faces an uphill battle in the 2022 elections. The party holds a superminority in the General Assembly, and no Republican has won a statewide race since former Gov. Bruce Rauner was elected in 2014.

In Congress, Democrats hold a narrow lead in both the House and Senate, and historically a new president’s party loses seats in their first midterm election. But because of the state’s population loss over the past 10 years, Illinois is losing one of its 18 congressional seats, and Democrats firmly in control of drawing the new maps are expected to do it in a way that collapses one of the downstate GOP districts.

“I know it's frustrating that we don't have the House and the Senate or the presidency, and it's frustrating in Illinois,” U.S. Rep. Rodney Davis said at a GOP breakfast earlier in the day at a downtown Springfield hotel. “But we have tremendous opportunity with redistricting to stand for our Republicans principles and win back the House.”

Davis’ central Illinois district is one that is likely to change markedly when the General Assembly draws the new congressional maps. He has even said that depending on what the district looks like when the new maps are drawn, he might consider stepping down from Congress to run for statewide office, possibly for governor.

“I don't know what my future holds because my future and the political future is going to depend upon what the corrupt Democrats in Springfield are going to do when they redraw our congressional map,” he told reporters Thursday. “I'll know what I want to do in the future based upon what that battlefield looks like.”

The only statewide office that will be an open seat next year is secretary of state, where incumbent Democrat Jesse White is stepping down at the end of a 22-year stint in that office. So far, no Republicans have formally announced a bid for that office, but state Rep. Dan Brady, of Bloomington, said Thursday he is seriously considering the race.

“I represent the Bloomington-Normal area, the middle part of the state,” he said during an interview Thursday. “And I believe that I'm an individual with a track record, as far as a representative goes, of bringing people together on both sides of the aisle.”

Rep. Tom Demmer, a Dixon Republican who is in House GOP leadership with Brady, also said he was considering a run for secretary of state, although he is keeping his options open for other statewide offices, including either governor or treasurer.

“I haven’t made a decision yet about where to go, but certainly I’ve been interested and talking to people about the secretary of state's office and some of the things that we can do better there,” he said, pointing to long lines at driver services facilities across the state.

Republican voters will select their nominees for the 2022 races during primary elections on June 28. Illinois primaries are normally held in March of election years, but lawmakers pushed back the date of next year’s primaries due to delays in the redistricting process brought on by delays in the release of 2020 U.S. Census data.

DES MOINES --- Iowans who have contracted COVID-19 should still get one of the vaccines, the state’s public health director reiterated Tuesday.

Democrats in the House and Senate are pushing to repeal a law requiring that a parent or guardian be notified at least 48 hours in advance when a minor 17 or younger seeks an abortion. Consent is not required as it is in nearly half the states. 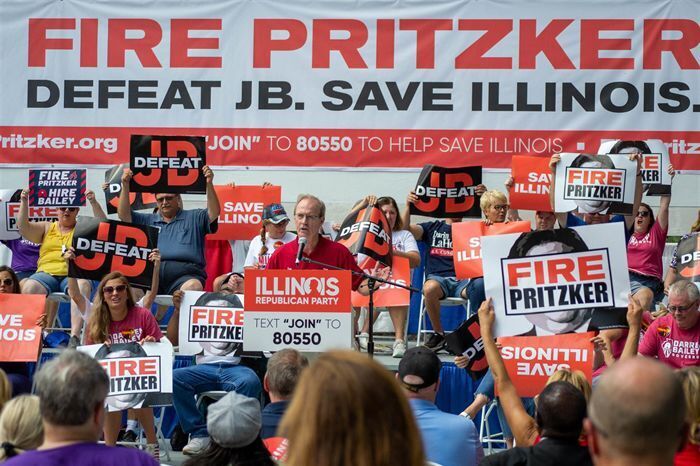 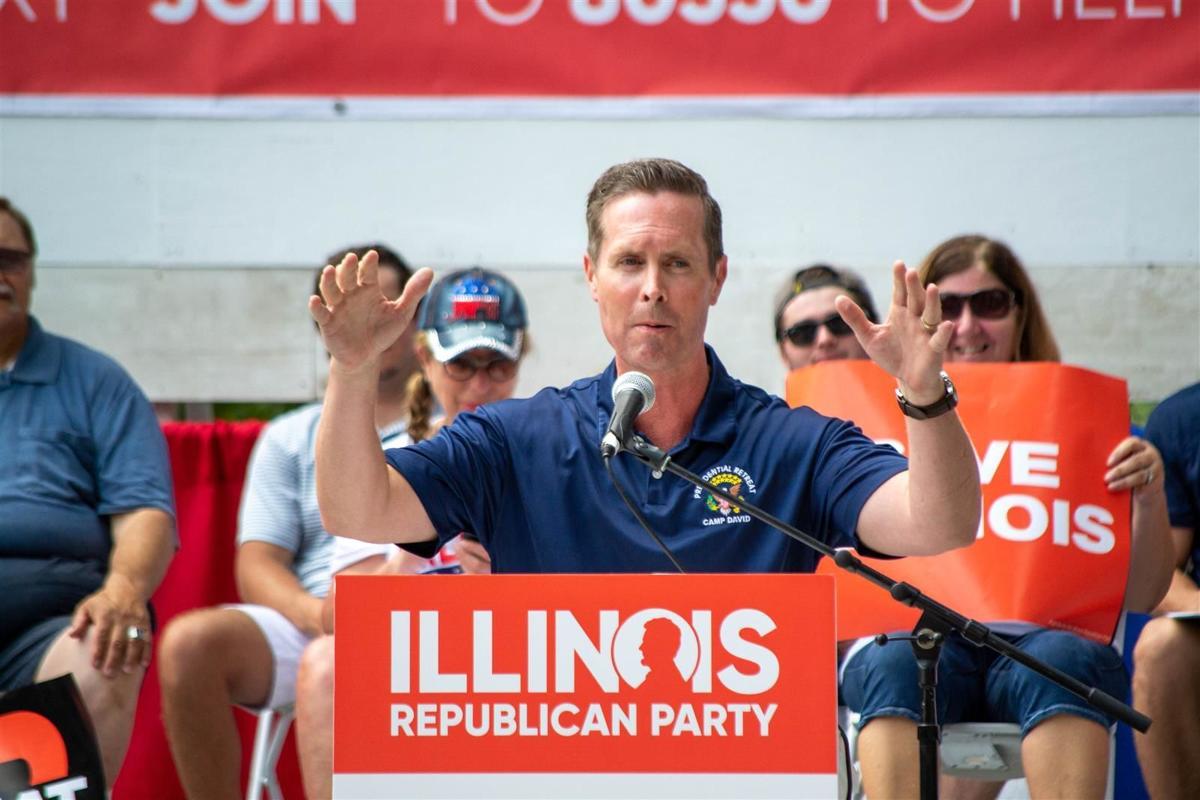 Congressman Rodney Davis, a Republican from Taylorville, speaks at a Republican Day rally in Springfield Thursday. 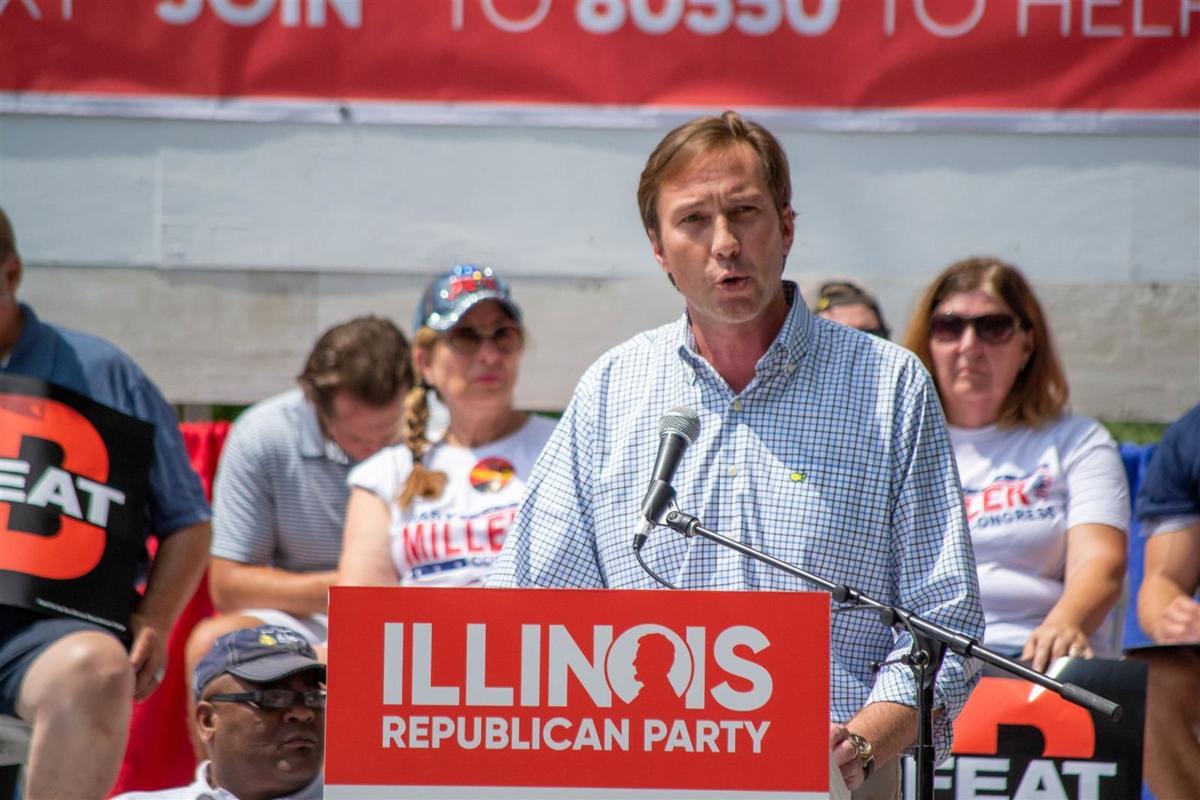 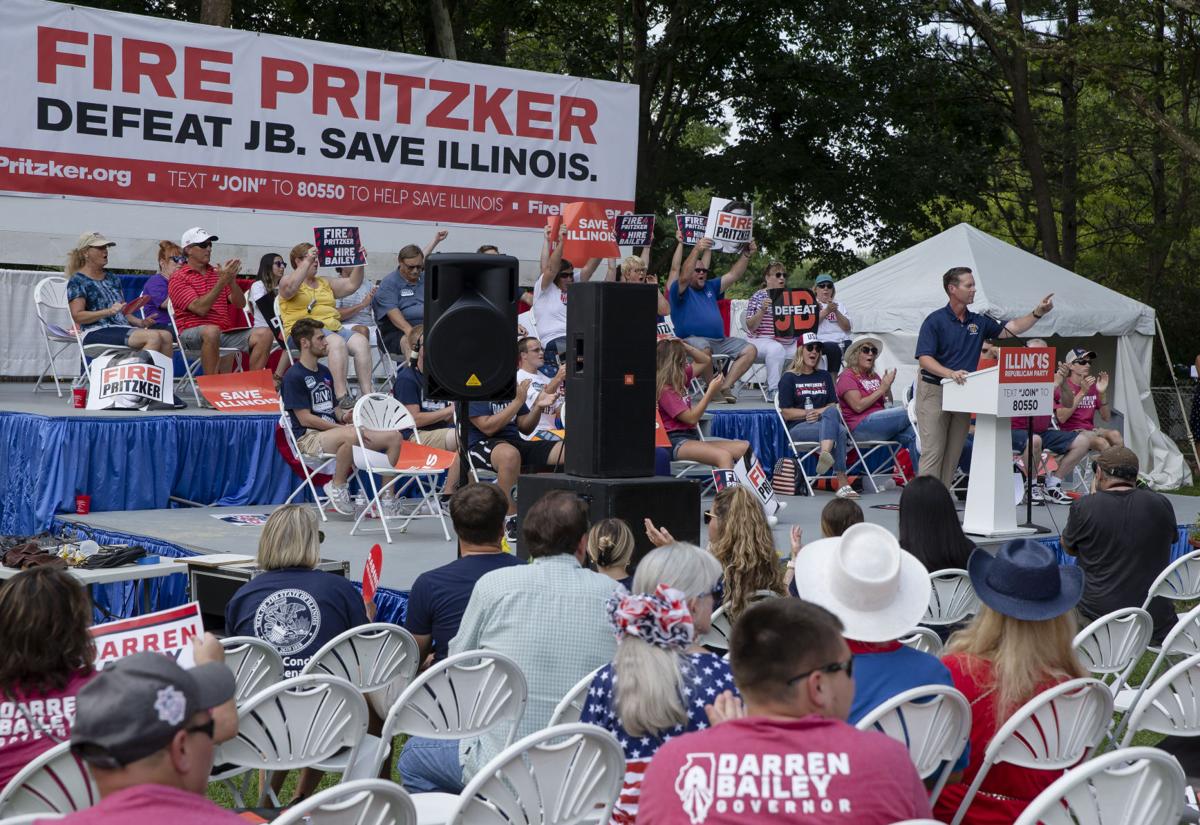 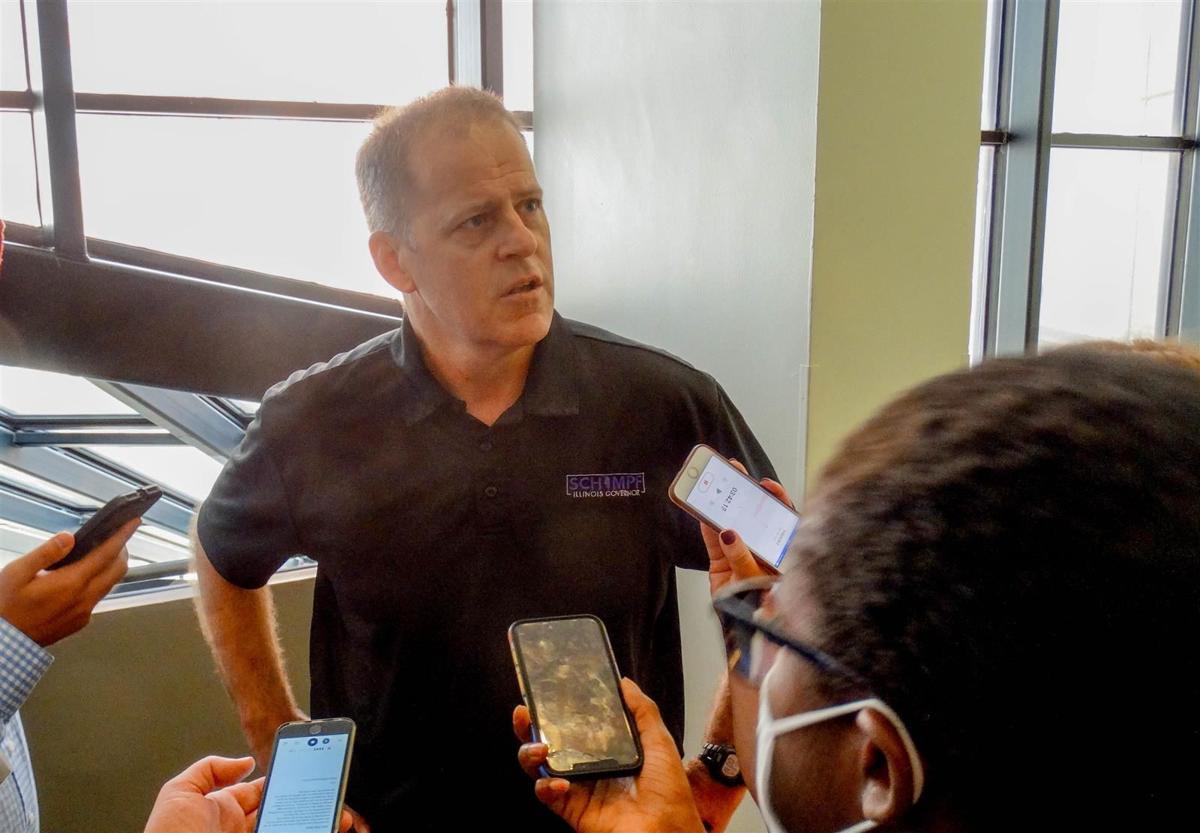 Paul Schimpf, a former state senator and 2022 candidate for governor, talks to reporters at the Wyndham hotel in Springfield after a morning GOP breakfast.