The United States Senate has conducted its own examination of the Jan. 6 insurrection at the U.S. Capitol, so Sen. Chuck Grassley has no problems with the House undertaking its investigation, other than he doesn’t like House Speaker Nancy Pelosi’s limit of the scope of the select committee.

According to a Senate report in June, there was a broad intelligence breakdown across multiple agencies, along with widespread law enforcement and military failures that led to the violent attack. It found there were clear warnings and tips that supporters of former President Donald Trump, including right-wing extremist groups, were planning to “storm the Capitol” with weapons and possibly infiltrate the tunnel system beneath the building. But that intelligence never made it to top leadership.

Based on the findings of the Senate Rules and Homeland Security committees, “I think the Senate has done its work,” Grassley said Wednesday, a day after the select committee heard from police officers who were on duty Jan. 6.

“So whatever the House wants to do they’re doing, and I don’t have any problems with what they’re doing,” he said during his weekly conference call with Iowa reporters.

However, the Iowa Republican objected to the speaker rejecting two Republicans recommended by Minority Leader Kevin McCarthy. Pelosi denied Reps. Jim Banks of Indiana and Jim Jordan of Ohio because of past statements and actions. Both voted against certification of Joe Biden’s election as president.

Jordan raised concerns that the panel would be too focused on former President Donald Trump’s role. He suggested the investigation should consider whether Pelosi was culpable for the lack of a proper security presence Jan. 6.

“I think Pelosi kicked them off because they were pursuing things she doesn’t want pursued,” Grassley said. “If you’re going to have a hearing, shouldn’t everything be on the table?”

Forty-seven Illinois public school districts have been placed on suspension for refusing to enforce a mask mandate, although all but four have since agreed to comply. 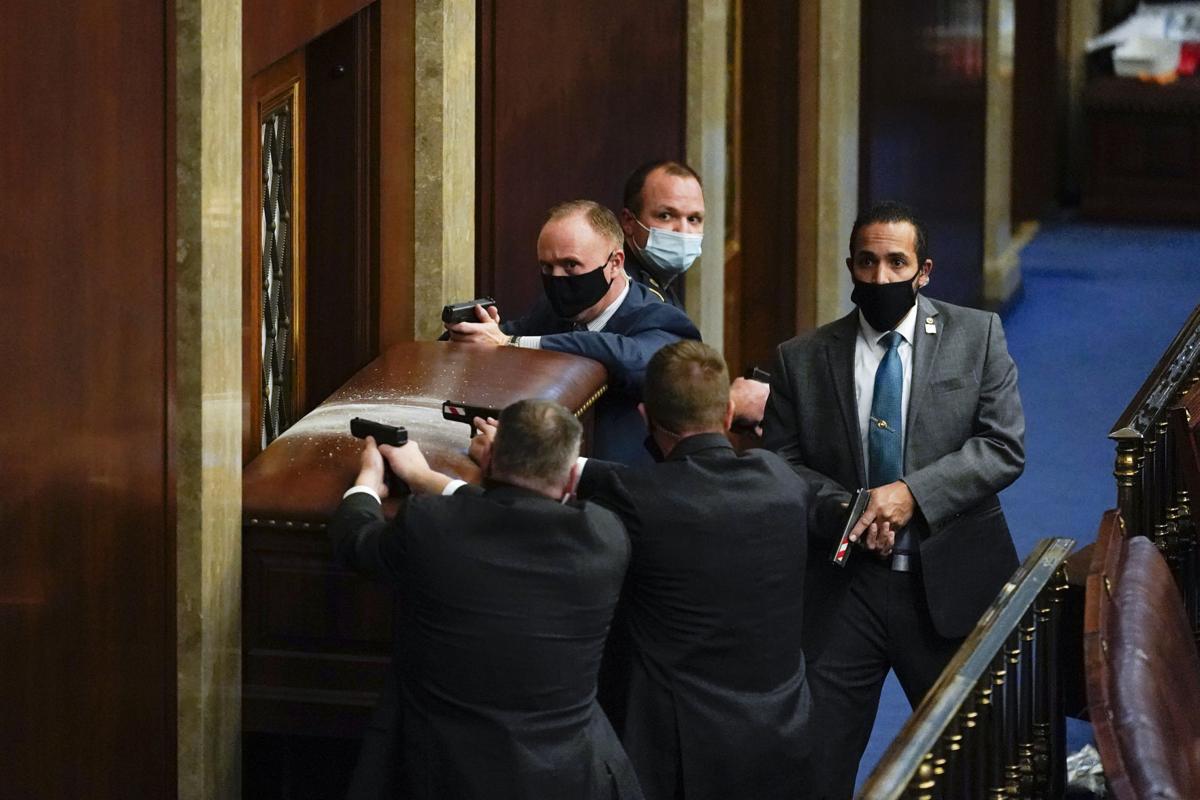 U.S. Capitol Police with guns drawn stand near a barricaded door as protesters try to break into the House Chamber at the U.S. Capitol on Wednesday, Jan. 6, 2021, in Washington. 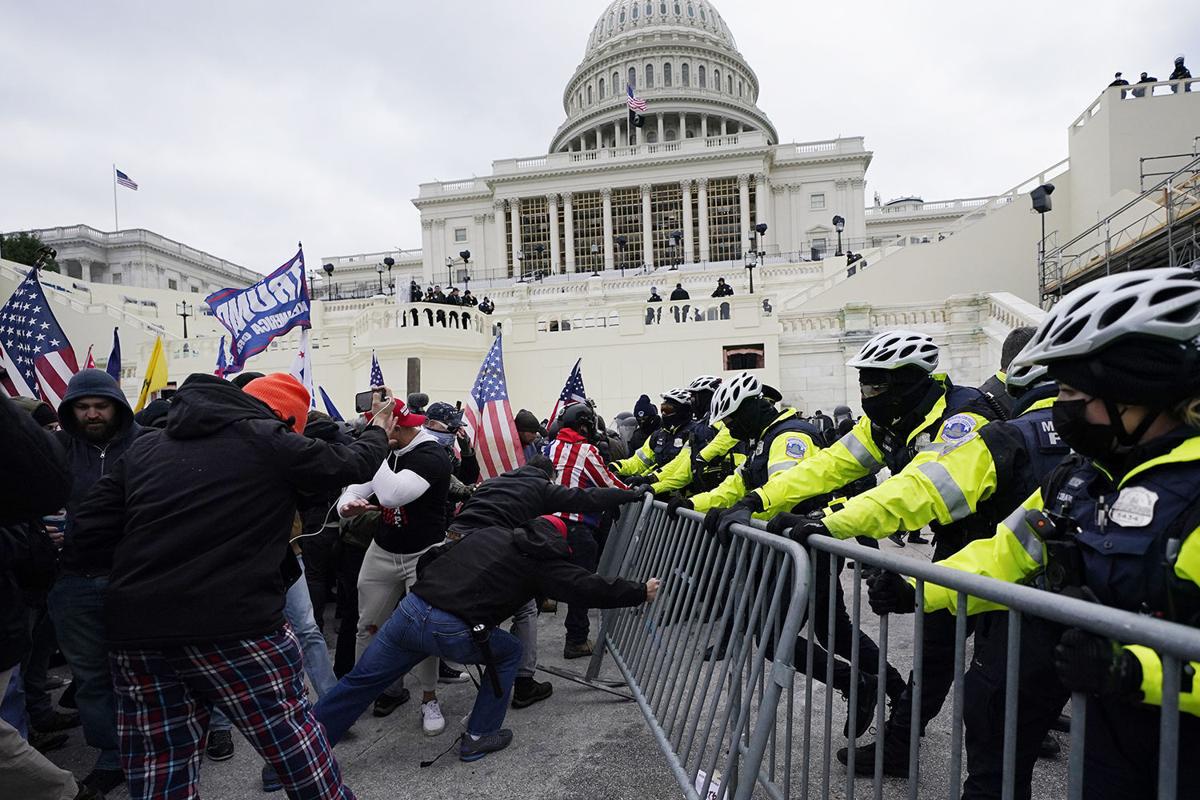 In this Jan. 6, 2021, file photo, Trump supporters try to break through a police barrier at the Capitol in Washington. (AP Photo/Julio Cortez, File) 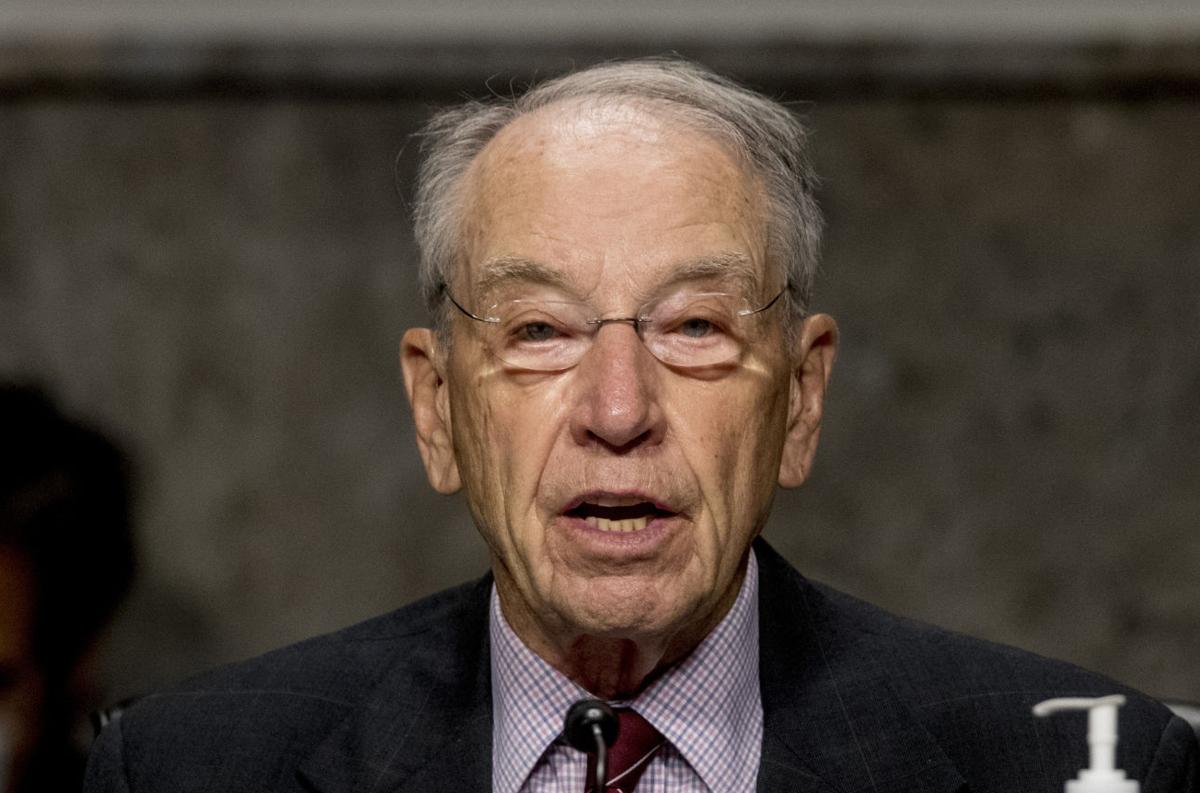