“Vaccination against COVID-19 is now widely available, and all persons over the age of 12 are eligible,” the guidance document reads. “Vaccination is the leading prevention strategy against COVID-19 and all public and private universities are strongly encouraged to require vaccination (with appropriate exemptions) to protect campus populations and slow COVID-19 transmission in surrounding communities.”

Some schools, including Northwestern University, Northern Illinois University, the University of Illinois System, Loyola University Chicago and DePaul University, among others, have already announced they will require vaccinations for in-person learning.

That guidance, levied by the Illinois Board of Higher Education and the Illinois Community College Board, came as the state’s COVID-19 case positivity rate rose to 2.4 percent on a seven-day rolling average Monday, more than quadrupling what it was on June 26. The 1,151 cases reported Sunday made for the highest single-day count since May 26.

All numbers, while rising amid a nationwide surge sparked by a more contagious virus variant, were well off pandemic highs when the positivity rate rose above 13 percent last winter and COVID-19 hospitalizations peaked above 6,000, with ICU bed usage topping 1,200.

Vaccinations, meanwhile, have slowed, with about 58 percent of the state’s 18-and-older population fully vaccinated and 73 percent having received one dose. The rolling seven-day average for vaccine doses administered was 20,628 as of Monday, down from an April peak over 130,000.

As the numbers rise, Gov. J.B. Pritzker’s office said Friday the administration currently has “no plan to implement any additional mitigations now that there is an abundance of vaccine available and accessible across Illinois. We encourage all Illinoisans ages 12-plus to get vaccinated as soon as possible.”

But Pritzker, speaking at a news conference regarding infrastructure later Friday, said his administration is “always open to making changes in policy in order to keep people safe and healthy.”

“Obviously, we've got rising rates of infection in certain parts of the state, and decisions will be made if those areas continue to have rising infection rates, about whether or not we need to impose some different standard for those areas,” he said, speaking of counties on the border of Missouri, which has one of the worst infection rates in the nation.

He said he would currently advise even vaccinated Illinoisans to wear a mask in a setting where many people are gathered indoors. The state’s guidance currently says unvaccinated individuals should wear face coverings indoors, but it is not a mandate.

The state’s higher education guidance falls in line with U.S. Centers for Disease Control and Prevention and Illinois Department of Public Health guidance on masking as well.

“Unvaccinated persons and those who might need to take extra precautions should wear a face covering and, where feasible, maintain physical distance while indoors,” the guidance reads. “Institutions should use space wisely to allow for physical distancing to the extent practicable.”

Watch now: Paramedics aid man wounded in a shooting in Davenport on Thursday.

Watch now: Paramedics aid man wounded in a shooting in Davenport on Thursday.

DES MOINES — Gov. Kim Reynolds on Wednesday again urged Iowans to get vaccinated as the best defense against COVID-19 and its variants, but ex… 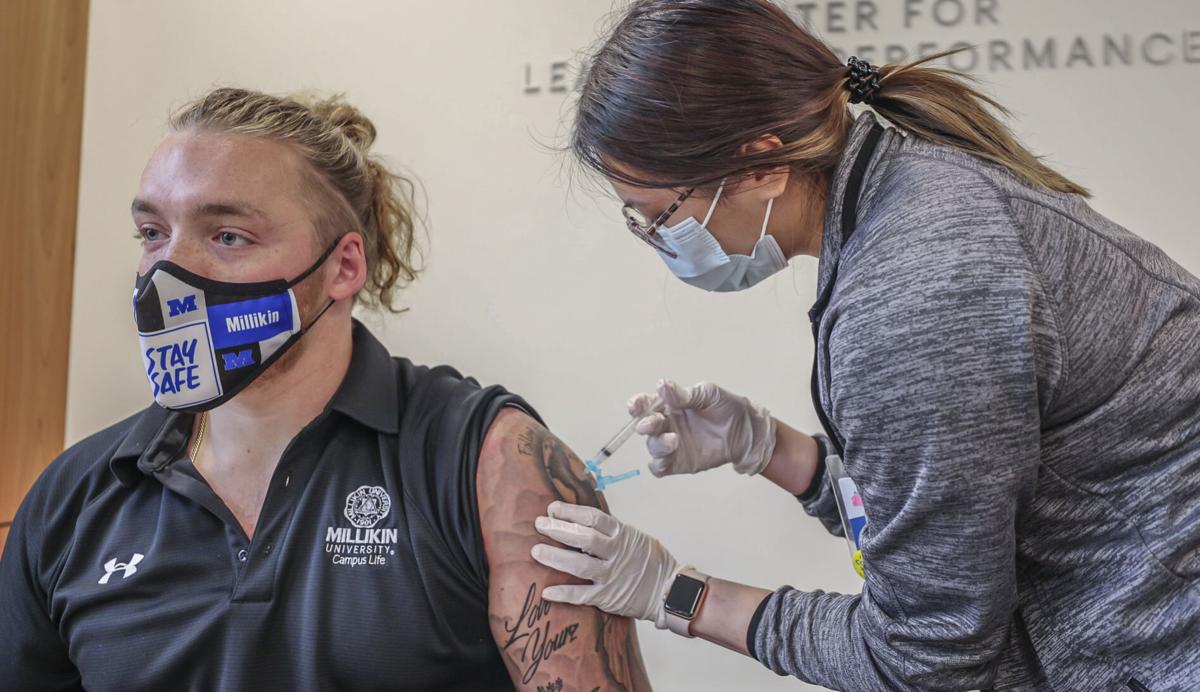 Senior nursing student Antoinette Bulano gives the shot to junior Brandt Williamson in May during a COVID vaccine clinic for students and staff at Millikin University in Decatur. 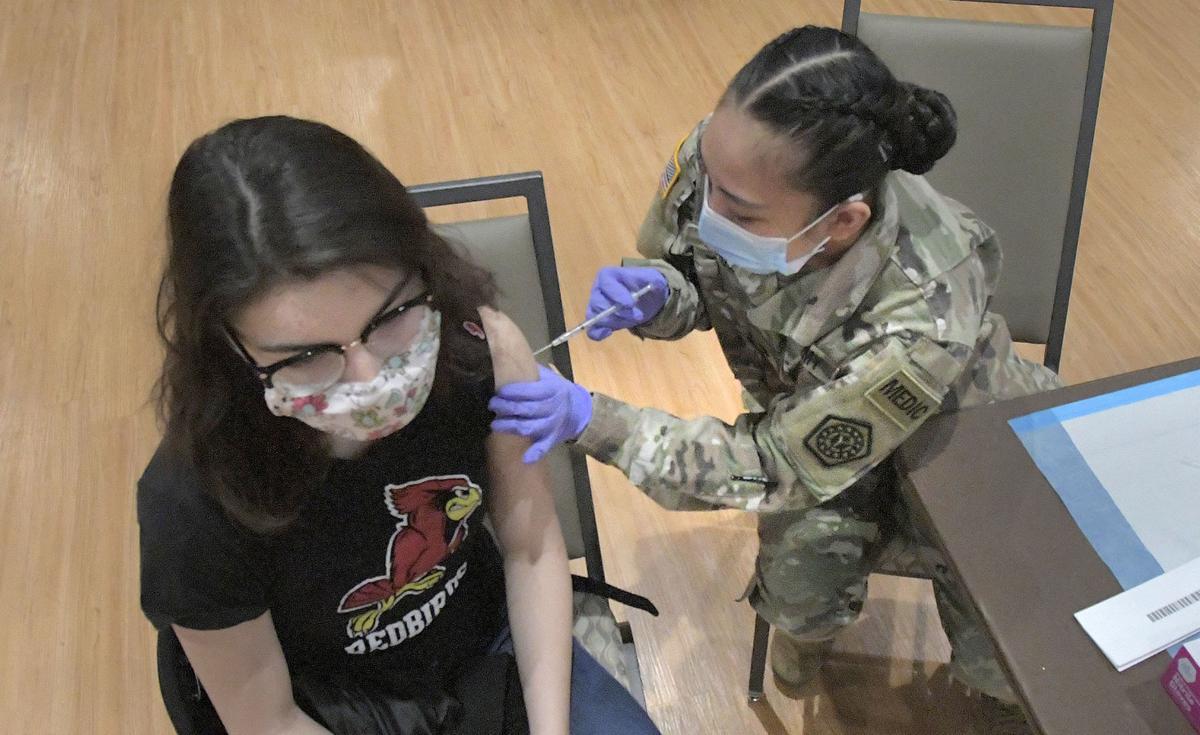