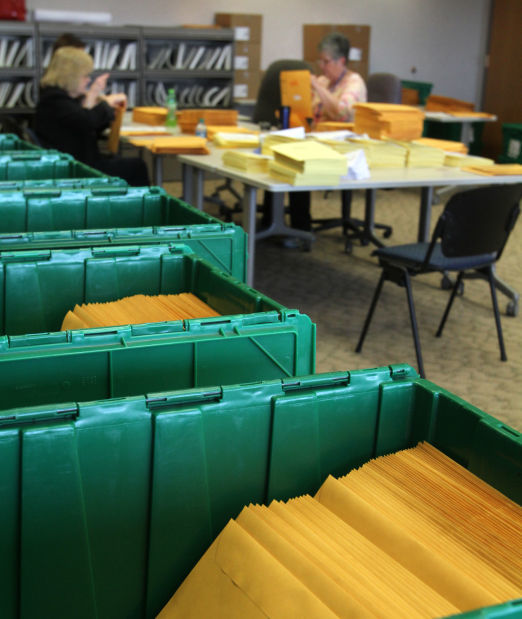 Absentee ballots are sorted through an assembly line process before they are mailed out and after they are returned to the Scott County Auditor's Office in Davenport. In a new law, the state’s top elections official will require permission from legislative leaders before mailing absentee ballot request forms to voters during a public health emergency. 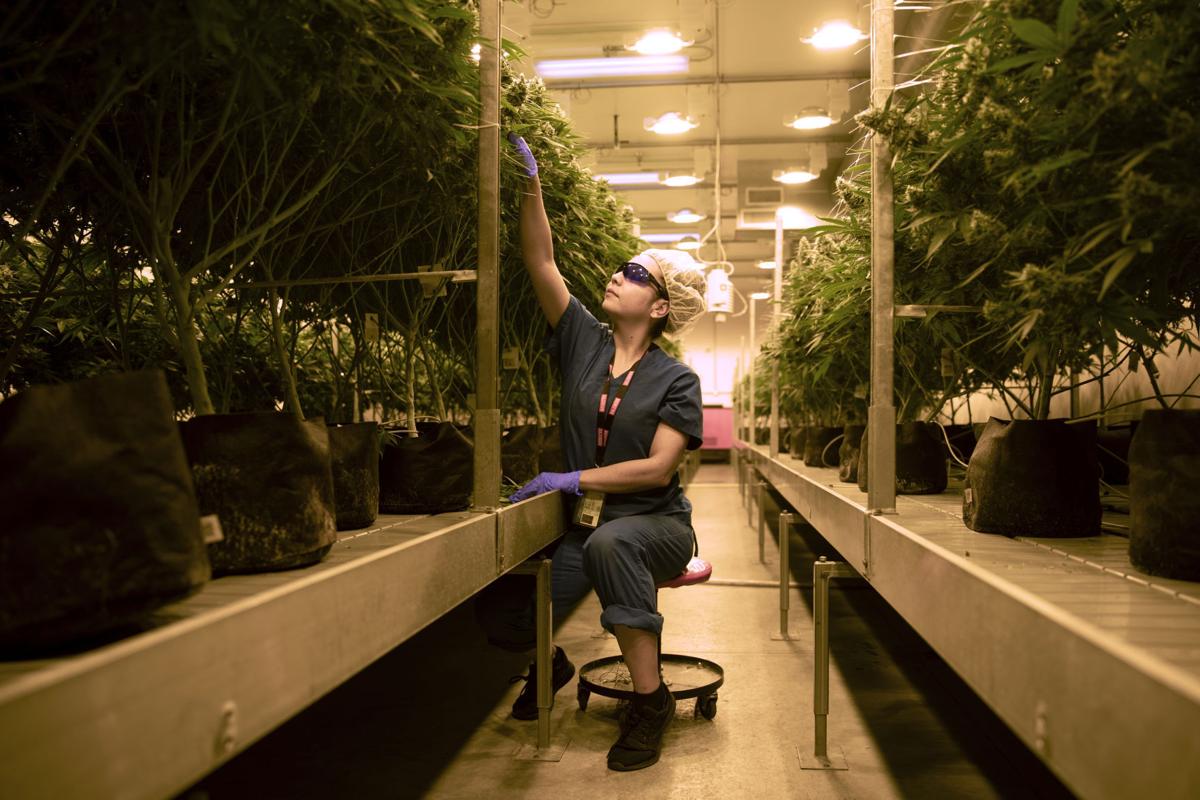 The state’s medical cannabis program has been updated.

DES MOINES — Starting Wednesday, Iowans will be free to carry guns in courthouses — but not in courtrooms, and they also could face harsher punishments for animal cruelty.

Believe it or not, kid-run lemonade stands were technically illegal in Iowa prior to this year’s legislative session. They are now legal thanks to the actions of state lawmakers and Gov. Kim Reynolds.

The legalization of lemonade stands is one of many new laws that has gone on the books this year, and a host more will go into effect on Wednesday, July 1.

Many pieces of legislation still await Reynolds’ approval or veto. Because the new coronavirus pandemic forced lawmakers to put the session on hold for nearly three months, they did not complete their work until June 14.

Here are some of Iowa’s newest state laws, and some that just need Reynolds’ signature:

The 2020 session of the Iowa Legislature likely will most be remembered for significant racial justice legislation, which was approved in the wake of ongoing protests over the death of a Minnesota man who was killed after a police officer knelt on his neck for nearly 9 minutes.

Drafted, debated, passed by lawmakers and signed by the governor in just 10 days, House File 2647 bans law enforcement officers from using choke holds unless an officer feels his or her life is threatened, bars agencies from hiring officers previously fired for misconduct or excess use of force, requires training on de-escalation techniques and anti-bias, and allows the state attorney general to investigate an officer’s conduct when his or her actions resulted in an individual’s death.

“What makes this historical is we are righting a historical wrong,” Ako Abdul-Samad, a black man and state lawmaker from Des Moines, said as legislators discussed the proposal on June 11. “I’m saying to you today, my beloved brothers and sisters, and I mean all of you, not only are you a part of history, you are rectifying history. And that is something that you can tell your babies, your grandchildren, so they can tell this story from now on what we did in Iowa.”

Republican Secretary of State Paul Pate, in an effort amid the coronavirus pandemic to limit the number of in-person voters for Iowa’s June 2 primary election, mailed absentee ballot request forms to every active registered voter in the state. The result was a record-setting turnout for a primary election.

Senate Republicans introduced and approved legislation that would have prohibited the secretary of state from taking similar action in the future. A compromise in the House led to House File 2486, which allows the secretary of state to propose such action to the Legislative Council, which is made up of House and Senate leadership.

“We think that’s important no matter who’s secretary of state, that one person shouldn’t have the authority to make such significant elections changes without the Legislature’s involvement,” Rep. Bobby Kaufmann, R-Wilton, said after the compromise passed the House.

Sure, it was already federal law. But state lawmakers also raised the legal age for purchasing tobacco and vaping products to 21.

By passing Senate File 2268, state lawmakers ensured Iowa law enforcement officials will be able to enforce the law, and that the state would continue to receive up to $3.2 million in federal funding for state-run substance abuse programs.

Reynolds has not yet signed the bill into law, but is expected to.

The state’s medical cannabis program was updated, although not everyone agrees it was for the best.

Advocates of the program and some state lawmakers wanted a much broader expansion to make the program more feasible for more potential patients.

Other lawmakers, Reynolds and the Reynolds-appointed state medical cannabis advisory board supported more modest changes, which came in the form of House File 2589. The legislation adds post-traumatic stress order and severe, intractable autism as diagnoses for which an Iowa patient can obtain medical cannabis. It also caps the amount of product a patient can obtain at 4.5 grams of THC over a 90-day period. Critics contended that is too limiting to make the program effective for many potential patients.

“Here we are, five years after passing our original law … and tonight you’re going to make it even worse. Wow. No small task, colleagues,” said Sen. Joe Bolkcom, D-Iowa City, during debate on the legislation.

Reynolds has not yet signed the bill into law, but is expected to.

House File 2502 also requires any local government that restricts weapons in a public building must screen anyone who enters the building for weapons and provide armed security personnel inside the building.

While lawmakers who supported the measure said it was necessary to ensure safety and provide clarity across all 99 Iowa counties, a gun safety advocacy group claimed the new law effectively forces local governments to allow people to carry guns in public buildings.

Animal abuse causing serious injury or death will become a serious misdemeanor, and a second offense will be a Class D felony, if Reynolds signs House File 737 into law.

Although she is expected to, Reynolds has not yet signed House File 594, which would require a one-day waiting period before a woman could get an abortion.

Even if she does, the law would seem destined for Iowa’s courts, which have already struck down a three-day waiting period passed by the Legislature and signed by Reynolds.

DES MOINES — School districts across Iowa are developing multiple plans for how to educate students this fall, and those plans must account fo…

SPRINGFIELD — All of Gov. JB Pritzker’s executive orders since April 8 pertaining to the novel coronavirus pandemic are void because he exceed…

SPRINGFIELD — Days after the governor donated $51.5 million of his personal fortune to a committee supporting a graduated income tax constitut…

DES MOINES — Some of the most critical Iowa-specific data on the new coronavirus and the disease it causes, COVID-19, have been trending in a …

Elections Board wants to continue challenge of third-party ballot access

Speeding in Iowa is up 65%; holiday weekend enforcement planned

DES MOINES — Perhaps feeling empowered by fewer vehicles on the road during the new coronavirus pandemic, or by the misguided belief that patr…

Absentee ballots are sorted through an assembly line process before they are mailed out and after they are returned to the Scott County Auditor's Office in Davenport. In a new law, the state’s top elections official will require permission from legislative leaders before mailing absentee ballot request forms to voters during a public health emergency.

The state’s medical cannabis program has been updated.