DES MOINES — In his second go-around as the country’s top agricultural official, Tom Vilsack hopes when it comes to farm pollution to wield more carrot and less stick.

Vilsack said last week that in President Joe Biden’s administration, “the ultimate goal is to reduce emissions” but that his preferred method is through incentives and education, not the heavy hammer of regulatory enforcement.

“If we don’t reduce emissions, we’re going to continue to see warmer climates or warming temperatures to the point where we’re going to have our ability to produce severely at risk, which we can’t afford,” Vilsack said during an interview with Lee Enterprises’ Des Moines Bureau.

During the interview, Vilsack discussed agricultural pollution and conservation, ag markets trying to bounce back from price fluctuations sparked partially by trade disputes, federal implementation of the ethanol and biodiesel fuel mandates and warnings from a fellow Iowan in D.C. about meat at the school lunch table.

“The goal is also to make sure that there is profitability in whatever it is we create so that the right set of incentives are in place to encourage farmers to do this,” Vilsack said. “The challenge with regulations is that it’s hard to get them enacted because you have rights to litigate, which drags the process out. And oftentimes there is not the capacity to fully enforce whatever regulation you have. And people figure out a million different ways to get around regulation.”

Vilsack has the scars to prove it. During his first stint as secretary of the U.S. Department of Agriculture — for the entirety of former President Barack Obama’s two terms in office — the federal ag department received blowback from farmers, industry leaders and conservatives over the department’s attempt to define which waterways are subject to federal regulation. The federal ag department under Obama and Vilsack never shook the controversy over the Waters of the U.S. rule.

Vilsack, who accepted the federal ag secretary post again when asked by Biden after his election in 2020, said this week the country could not afford more legal hurdles slowing down its effort to reduce pollution and address climate change.

“We don’t have time. We really have to pick up the pace here, of these activities, and I think the most effective and efficient way and the least time-consuming way is by providing some incentives,” he said.

Vilsack, a former two-term Iowa governor, spoke with the bureau via video call from his home just west of Des Moines. Vilsack said he was doing most of his work virtually for the time being — there is not yet much in-person activity in the federal ag department offices in Washington, D.C., he said.

Vilsack said the department was preparing a report that would outline recommended agricultural conservation strategies. Vilsack said it must be a system that calculated the benefits of certain practices, was adaptable to farms both large and small, and was fully staffed at the federal level to assist farmers.

“There’s a multitude of ways, I think, for us at USDA to use existing tools and to create new tools that provide the financial incentives and direction that reward farmers for conservation practices that in turn have the consequence of reducing emissions, improving soil health and protecting the water,” he said.

Vilsack expressed optimism that agricultural interests and environmental protection do not have to be mutually exclusive.

“We are in fact addressing your question about how you can merge the interest of environmental and conservation-minded folks with the financial interests of running a farm, recognizing that farmers care deeply about the land, and about the water, and at the same time they also want to make a living,” Vilsack said.

Vilsack said he was encouraged by how soybean prices had rebounded after collapsing to a 12-year low two years ago. Former President Donald Trump’s administration renegotiated a number of international trade agreements, which contributed to drops in myriad crop prices. Soybean prices cratered to $8.02 per bushel in May of 2019.

But since then, thanks in part to China once again buying American soybeans in a new trade agreement with the U.S. secured by the Trump administration, soybean price hit a seven-year high of $13.20 in March of 2021, according to USDA data.

Vilsack said the experience showed a more diverse foreign buying base and the discovery of new ways to use soybeans might be wise in order to help stave off future fluctuations.

“I think it’s important for us to continue to look for additional uses for soybeans domestically and additional market opportunities from an export perspective so that we’re not over-reliant on one particular customer. I think one of the reasons we saw a significant downturn in price was because of the tariffs, because our No. 1 buyer stopped buying,” Vilsack said. “So that suggests that we need a more resilient export strategy that looks for other alternative markets so that we’re not as reliant.”

Vilsack said the department was discussing new ways soybeans could be utilized, such as in aviation fuel or in other bio-based products. He said the administration’s plan included funding to promote bio-based manufacturing to continue that kind of research and exploration.

“So we can continually look for new ways to use our crops, to use agricultural waste, to use everything that we grow and raise in a way that produces something of greater value. By doing that you create multiple markets,” Vilsack said. “Our focus here at USDA is on more, new and better markets, because at the end of the day that’s what farmers want.”

More markets for which Vilsack expects better days ahead are ethanol and biofuels. Industry leaders have had their gripes with each of the past two administrations: Obama’s periodically delayed annual ethanol volume requirements, and Trump’s became liberal with the use of waivers that allowed oil companies to circumvent ethanol requirements.

Vilsack said he had been impressed by Biden’s director of the federal Environmental Protection Agency, Michael Regan, who visited Iowa recently. Vilsack said Regan assured farmers that he understood the importance of the biofuels industry.

“He understood the importance of stability. He understood the necessity of making sure that waivers were granted in very limited circumstances, and not as broadly granted as they were in the previous administration,” Vilsack said. “He also understood the necessity of giving markets clear signals, and in terms of volumes. So I think we have someone at EPA that does understand, does appreciate and does respect the important role the biofuel industry will play and needs to play.”

One topic that Vilsack does not appear destined to dwell upon is meat in school lunches. U.S. Sen. Joni Ernst, an Iowa Republican, has been expressing warnings that Biden’s and Vilsack’s ag department may reduce the amount of meat made available in student lunches, which Ernst alleges would have a devastating financial effect on meat producers across the country, including in Iowa.

Ernst has introduced legislation that would stop any federal agency from eliminating meat from menus in its cafeterias — even though no such action is being considered.

“I don’t even know how to respond to that (question from the bureau) because there’s absolutely nothing to that,” Vilsack said. “I don’t know why she brought it up. You know, I don’t know why people bring up issues that aren’t issues.”

Rains and the emptying of a dam cause flooding in Thailand

Rains and the emptying of a dam cause flooding in Thailand

Colin Powell, former general and secretary of state, dead at 84

Colin Powell, former general and secretary of state, dead at 84

Much of Pritzker’s wealth is held in domestic and offshore trusts, many of which were set up in the Bahamas by his grandfather.

Democrats in the House and Senate are pushing to repeal a law requiring that a parent or guardian be notified at least 48 hours in advance when a minor 17 or younger seeks an abortion. Consent is not required as it is in nearly half the states.

Illinois Gov. J.B. Pritzker and his wife M.K. Pritzker reported adjusted gross income of about $5.1 million in 2020, according to portions of his tax returns released by the billionaire Democrat's campaign. 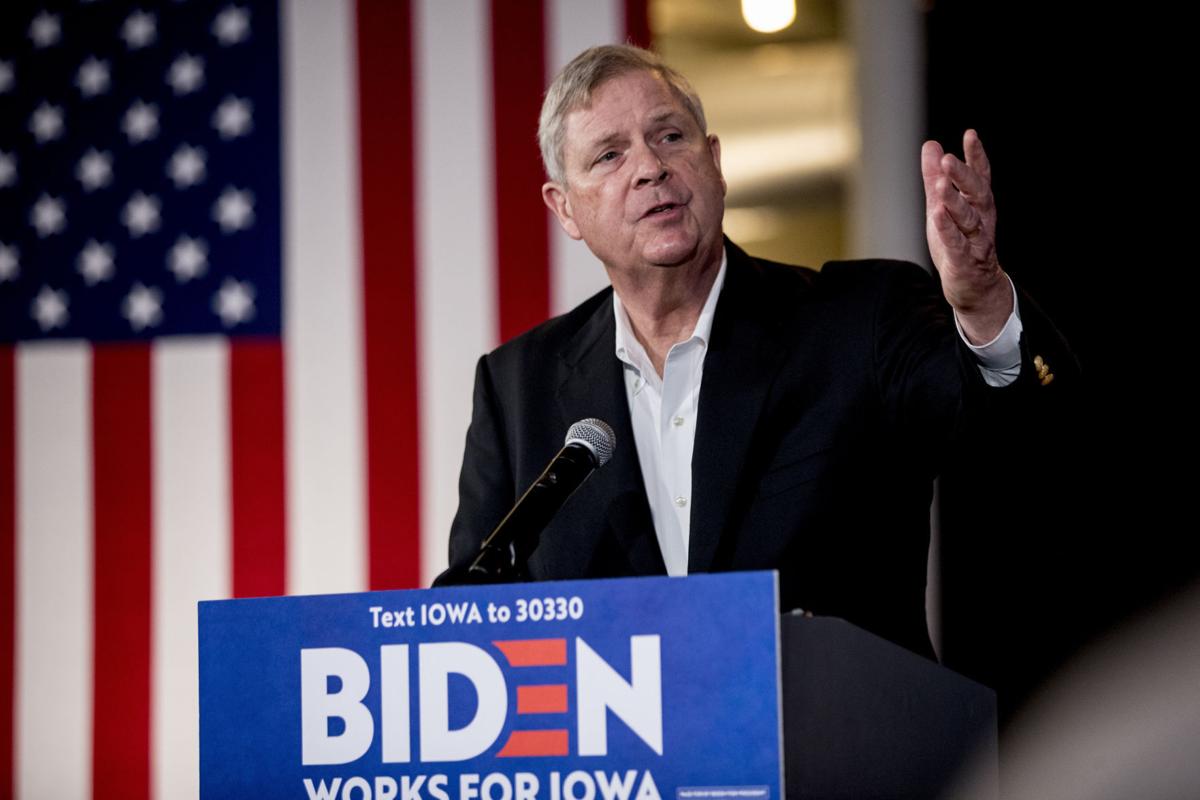 U.S. Secretary of Agriculture Tom Vilsack is in his second go-around as the country’s top agricultural official. This time, he hopes to tackle farm pollution with more carrot and less stick. 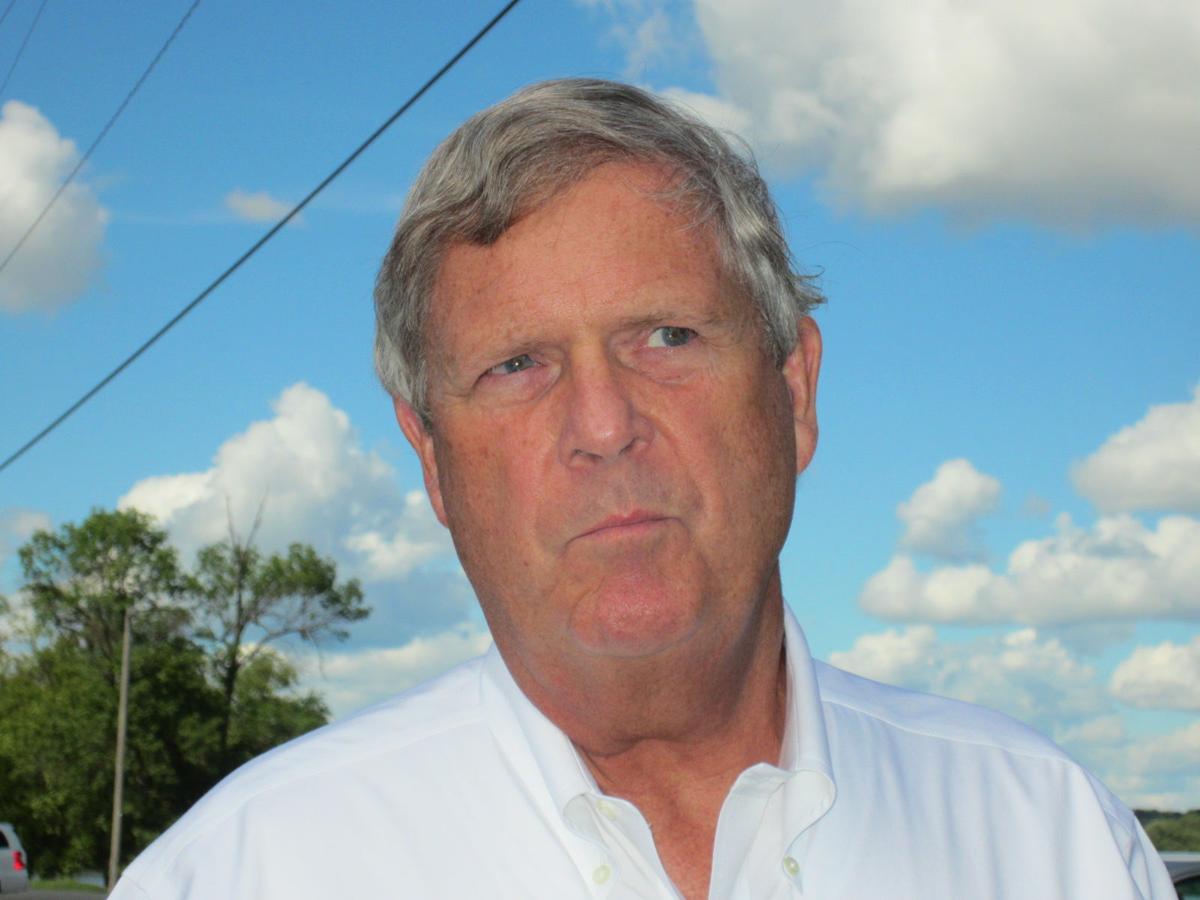