Pritzker signed the legislation, House Bill 3653, referred to as the “Safe-T Act”, during an event at Chicago State University alongside members of his administration and lawmakers from the Black Caucus.

“This legislation marks a substantial step toward dismantling the systemic racism that plagues our communities, our state and our nation, and brings us closer to true safety, true fairness and true justice,” Pritzker said.

While the legislation enjoyed grassroots support from activists, buoyed by the growing national concern over policing following the deaths of George Floyd and Breonna Taylor last year, the bill faced strong opposition from Republican lawmakers and law enforcement groups.

“We live in a civilized state where our elected officials’ greatest responsibility is the health and safety of Illinois citizens … At a crucial time when we should coalesce around the good men and women of law enforcement, Gov. Pritzker has turned his back on them with his signature on House Bill 3653,” Durkin said in a statement released Monday.

Opponents of the legislation have said it will result in a less safe Illinois and have criticized the process behind its development as lacking in transparency without proper input from Republican lawmakers and the public at large.

Proponents say HB 3653 will make Illinois safer by making the justice system more equitable for Black, Latino, low-income and minority communities that have been disproportionately harmed by disparate policies in sentencing, incarceration and policing.

Members of the Black Caucus have countered claims against the bill’s transparency by pointing to nine subject matter hearings held by the caucus in state Senate committees between September and November. For nearly 30 hours, lawmakers from both parties, law enforcement, judges, state’s attorneys, legal experts, representatives of the court, the governor’s office and the attorney general’s office hashed out many of the issues that became provisions in the bill, such as the abolition of cash bail by 2023 and police certification.

The office of the governor and Attorney General Kwame Raoul held working meetings over several months starting in July with representatives from both chambers and parties, Fraternal Order of Police groups, the Illinois Association of Chiefs of Police and the Illinois Sheriffs’ Association.

The actual written legislation was introduced in the General Assembly during the five-day lame duck session in January when lawmakers attempted to pass a year’s worth of laws in a legislative blitz following the disruption of the regular session by the COVID-19 pandemic.

The final version of the bill was introduced after midnight on the final day of the lame-duck session, when it received just enough votes to pass both chambers with less-than-an-hour of floor-debate.

Starting on Jan. 1, 2023, all bail bonds and conditions of bail will be replaced by a system of pretrial release to be developed by the Illinois courts based on a detainee’s alleged crime, their risk of not appearing for their court date, and the threat or danger they may pose to an individual or community if released. Illinois is the first state to completely abolish cash bail by statute. Washington, D.C. does not use cash bail, and New Jersey effectively eliminated cash bail in most cases in 2017.

Exceptions from pretrial release under the new law include forcible felonies such as first-degree murder, sexual assault, arson and any other felony involving the use or threat of physical force; stalking and aggravated stalking where the defendant poses a threat to the victim if released; abuse or battery of a family member where their release poses a danger to that family member; gun crimes where the defendant poses a threat to a specific, identifiable person; and cases where the defendant has committed a felony that wouldn’t otherwise result in detention but they are considered a high risk of fleeing prosecution and missing their court date.

The law would place the burden on the state to prove an individual should be detained, rather than the individual proving that they should go free. Prosecutors would submit a request for an individual’s detention, and judges would be required to put their reasoning for granting the pre-trial detention.

Proponents of the bill say the new system of detention will make Illinois safer while preventing discrimination and abuse in the court system.

Sen. John Curran, R-Downers Grove, said Republicans would support ending cash bail using a system similar to New Jersey’s, which he called a “gold standard” that would have had “bipartisan support.”

“Detention should not be determined based on ability to pay, there’s no doubt about that,” he said in an interview Monday. “But you have to replace it with a system that provides at least the same level of public safety in pre-trial services and that was not done here.”

Curran said the new system, by restricting what crimes are eligible for pretrial detention, removes discretion from judges and makes the pool of detainable offenders too narrow to keep the public safe.

The crafters of the reform bill say the narrowness of the provision is the point, and that Illinois will actually be safer for historically disadvantaged communities if judges are not able to detain individuals before their trial for minor crimes like retail theft due to the inability to pay for bail.

House Bill 3653 establishes the intent of the General Assembly to establish statewide use-of-force standards by 2022.

It changes current standards by banning chokeholds and any actions that restrict breathing being used above the chest unless in a situation that authorizes deadly force.

Under the law, use of force is only allowed when it is necessary for the officer to defend themselves or others from bodily harm when making an arrest. When a suspect is attempting to escape arrest, officers are only authorized to use deadly force if that person is unable to be caught at a later date and is likely to harm others.

Officers must make a reasonable effort to identify themselves as law enforcement and warn suspects before they can use deadly force, with some exceptions.

Law enforcement is prohibited from using deadly force against individuals committing property crimes unless that crime is tied to terrorism or to another crime or action where deadly force is permitted.

The law also creates a duty to intervene when another officer is using excessive force, and a duty to provide medical assistance to injured persons regardless of who they are.

Under House Bill 3653, the state will have more power over the certification and hiring of law enforcement at every agency through the Illinois Law Enforcement Training and Standards Board, known as ILETSB.

Before this legislation ILETSB could only decertify an officer under very narrow circumstances. They had to be convicted of a felony or a limited set of misdemeanors such as offering a bribe, prostitution or criminal sex abuse.

The new law grants ILETSB broader discretionary authority to decertify officers for unethical or unprofessional conduct that would otherwise not rise to the level of a felony. All law enforcement agencies would be required to only hire certified officers, and officers would need to recertify under the system every three years.

Critics of the legislation have claimed allowing anonymous complaints against officers is an unfair provision that will result in officers being fired for frivolous complaints.

However, proponents such as Raoul contend that the filtering system contained in the statute makes that virtually impossible. Complaints against officers must go through a preliminary review, a full investigation, an ILETSB evaluation, a formal hearing before an administrative law judge, a vote from the Illinois Law Enforcement Certification Review Panel and a final vote by ILETSB to result in decertification.

Pritzker was asked at Monday’s signing if it was unfair that criminals can have their records expunged while officers who commit misconduct have the complaint permanently tied to their file. The governor and attorney general said that was in line with every other profession that requires certification in Illinois, from medical doctors to lawyers.

The law does not include statutory funding for departments to comply with the law.

Republicans have referred to the unfunded mandate as especially harmful to smaller municipalities that cannot afford implementing body cameras and have said It will lead to a reduced police presence statewide.

Law enforcement by and large has expressed support for body camera usage but some groups have raised concerns about the prohibitive cost and impact on their budgets.

Sen. Elgie Sims, D-Chicago, one of the bill’s chief crafters and chair of the Senate Appropriations Committee, called funding for body cameras “a priority” in budget talks.

“This will be an area that we will certainly be working on and talking through throughout the rest of the session,” he said.

Sims pointed out that the governor’s budget proposal includes $3.2 million for body cameras in the current fiscal year, going to a fund that already contains $2.1 million for Illinois agencies to use.

Curran estimated the annual funding needed to support body cameras statewide would be $10 million-12 million, according to discussions with law enforcement groups.

Supporters and opponents of the new law agreed there is a need for follow-up legislation to address unintended consequences.

“We will have these discussions on an ongoing basis,” Sims said. “I'm certainly open to more than anyone else but what I'm not going to do is undermine the substance and the intent of the law which is to create new safety, accountability and fairness and equity for all communities.” 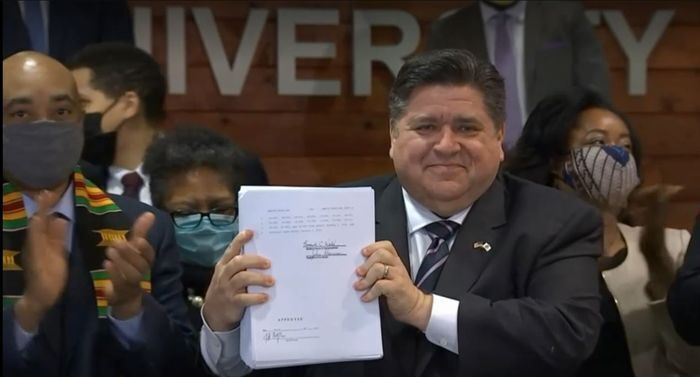 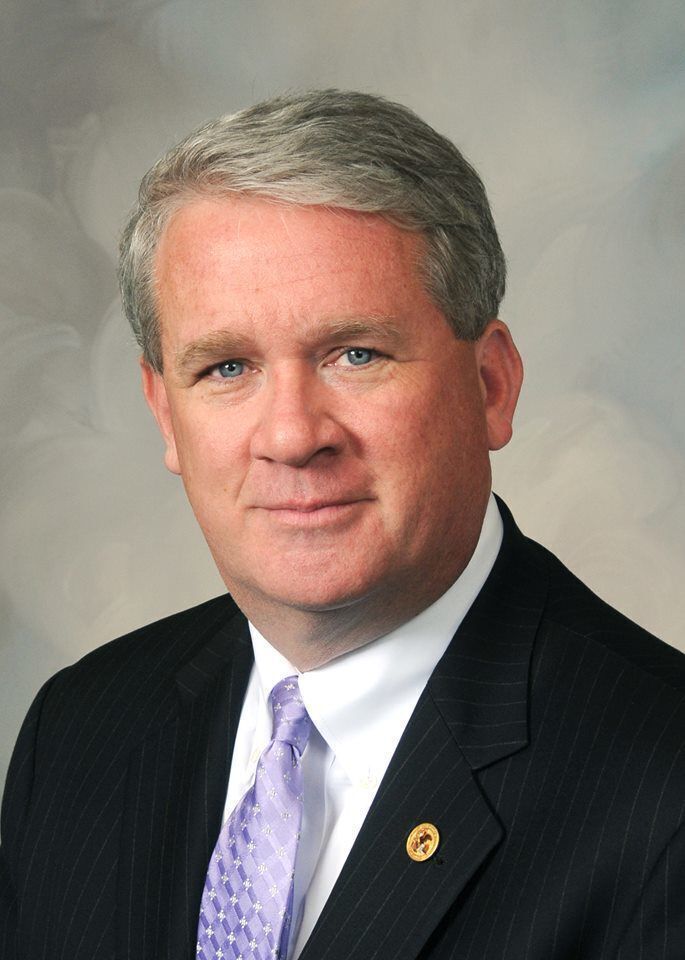