SPRINGFIELD — Gov. J.B. Pritzker has two valuable advantages over his Republican opponents in the early stages of the 2022 Illinois governor's race: money and time.

The former should come as no surprise. Pritzker is a billionaire who dropped nearly $172 million of his own money into his campaign to defeat former Gov. Bruce Rauner in 2018. And he made a $35 million down payment on his re-election campaign in March.

And Pritzker is wasting no time to get his message out, spending nearly $7 million on media buys between July 1 and September 30, according to quarterly campaign finance reports.

Pritzker officially announced his bid for a second term on July 23. A video released that day appeared to foreshadow a campaign theme of “strong leadership in tough times,” alluding to the COVID-19 pandemic.

Advertising has taken up the vast majority of the $8.2 million Pritzker's campaign has spent in the previous three months. Pritzker has about $24.6 million cash on hand.

Without a competitive primary to worry about, this early spending allows Pritzker to define himself to voters and shape what issues will define the race.

According to campaign finance reports, the four declared Republican candidates for governor are not in the same ballpark as Pritzker.

Darren Bailey, R-Xenia, the conservative firebrand who rose to prominence challenging Pritzker's COVID-19 emergency orders and mask mandates, raised $894,244 last quarter and spent $382,504. He has about $1 million in the bank.

Of course, it is still early. The primary election is not until next June.

Kinzinger and, to a lesser extent, Davis are proven fundraisers at the congressional level, sitting on $3.35 million and $1.05 million, respectively. Federal dollars cannot be transferred into a state account, however.

Dillard could attract dollars from the Chicago business community.

And perhaps the major unknown in GOP politics is the extent that billionaire Ken Griffin will be involved in this year's governor's race.

But for now, Pritzker largely has the airwaves to himself.

Welch raised about $1.9 million last quarter and has about $3.1 million in his personal account. Democrats for the Illinois House, the caucus' fundraising arm, raised $875,607 and has more than $2 million on hand.

Senate Minority Leader Dan McConchie, R-Hawthorn Woods, raised $591,847 and has just over $1 million on hand in his personal account. The Republican State Senate Campaign Committee raised just $668 and has $44,090 on hand.

DES MOINES — Sometime next year, Iowans will have the option of keeping their state-issued driver’s license on their smartphones and not just …

If a company rejects an applicant because of their criminal record, it has to prove the rejection was because a person’s crime has a “substantial relationship” to the job.

Iowa’s agriculture economy has not been immune to issues created by shipping backups at U.S. ports, state and national ag experts say.

Worker shortages are everywhere. Iowa schools are no exception.

DES MOINES — Worker shortages are impacting nearly every workforce sector, and schools have not been immune, education officials say. 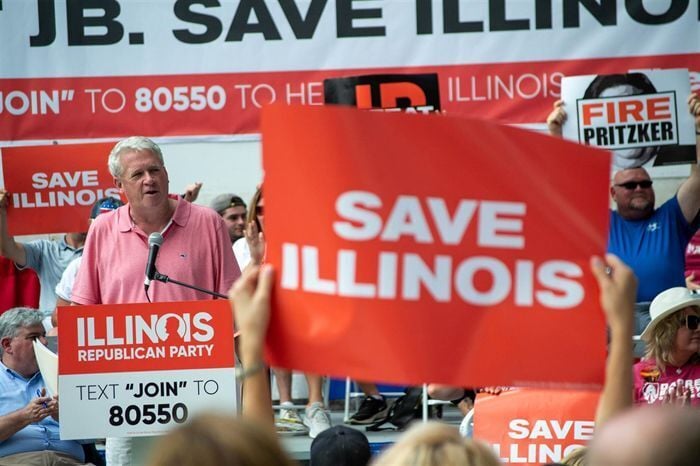 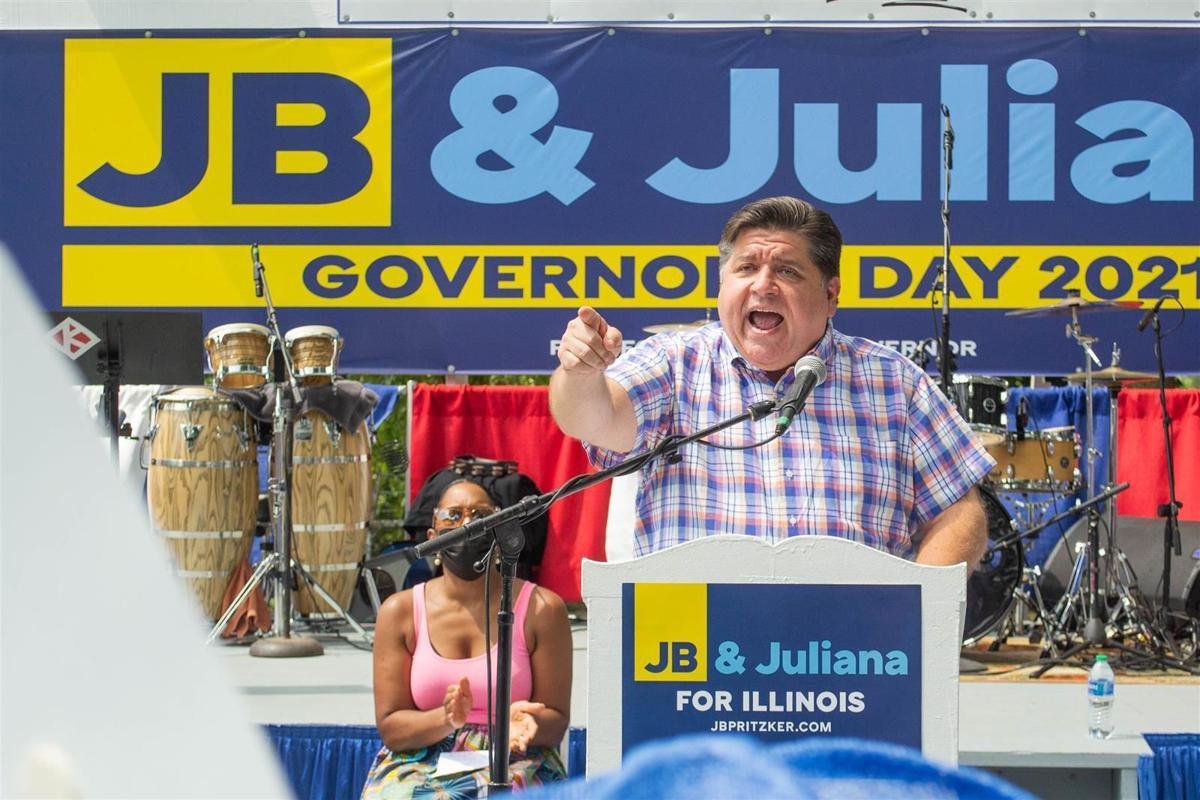 Gov. J.B. Pritzker delivers a speech at the Illinois State Fairgrounds in August.