Gov. J.B. Pritzker on Friday acknowledged a failure of leadership in hiring a former legislator as director of the state’s Veterans’ Affairs Department following this week’s blistering report that found widespread mismanagement of last fall’s COVID-19 outbreak at the LaSalle Veterans’ Home where 36 veterans died.

Pritzker said he believed Linda Chapa LaVia, a veteran and former state lawmaker from Aurora, was “an ideal person to root out the problems in our veterans homes” following her role on legislative panels investigating outbreaks of Legionnaires’ disease at the Quincy VA home where 14 veterans died.

“But,” Pritzker said, “I have to admit that if I knew then what I know now, I would not have hired her.”

The independent report from the Illinois Department of Human Services’ Office of the Inspector General and the law firm of Armstrong Teasdale detailed systemic mismanagement from top VA officials down to administrators at the LaSalle home, creating an “inefficient, reactive and chaotic” response to controlling the outbreak that began Nov. 1.

Continue to the bottom of the story to read the full report.

Chapa LaVia, who resigned in January and did not agree to be interviewed for the report, was cited in the report for her hands-off management style. The report found that she left her responsibilities to a nonmedical chief of staff who allowed local administrators to run their own homes, gave inaccurate guidance on the pandemic and refused to enlist outside help in the early stages of the outbreak.

The governor’s stark admission of failure in hiring Chapa LaVia comes in the lead-up to an expected bid for a second term. In winning the office in 2018, he accused Republican Gov. Bruce Rauner of “fatal mismanagement” for the Legionnaire’s deaths at the Quincy VA home that began in 2015.

Pritzker said amid the 22,000 pandemic deaths in Illinois, “nothing is more devastating to me than knowing 36 of our veterans, our heroes, died of COVID in a single veterans home.”

He said the state VA began changes months ago, prior to his appointment of new director Terry Prince earlier this month. Prince, a 31-year Navy veteran with a medical background, previously oversaw veterans homes in Ohio.

The report on LaSalle noted that in the months before the outbreak, when no cases had been reported at the home, there was a lack of planning, training and communications between the agency, home administrators and staff — despite the knowledge of the deadly dangers COVID-19 presented for older people living in congregate settings.

The report said there was a failure to conduct contact tracing among COVID-19-positive employees, improper use of protective gear, employees gathering for work who were not required to wear a mask until inside the facility and a screening desk that was “frequently left vacated.”

It also found veterans who tested positive shared space with those who tested negative and sporadic temperature checks of workers. It said some employees treated the virus “like the flu” and some learned of the outbreak from the local news.

Democratic and Republican lawmakers on Friday used terms such as “horrible” and “beyond disgusting” to describe the events that took place at the home — and questioned whether nothing had been learned from the Quincy Legionnaire’s outbreak.

House Republican Leader Jim Durkin of Western Springs, a former prosecutor, went further, saying that beyond the “damning and heartbreaking report,” an investigation into whether anyone should face criminal negligence charges in connection with the deaths needs to be launched.

“The administration just can’t say that we’re going to do a better job next time,” Durkin said. “There has to be accountability for the loss of 36 of our valued heroes.”

“The governor likes to say he’s following the science, but what actually happened is he put a political person with no experience in charge of this critical agency,” GOP Rep. Deanne Mazzochi of Elmhurst said.

House lawmakers previously approved a resolution requiring the auditor general to conduct a review of the LaSalle outbreak, as was done for Quincy.

Republican State Sen. Sue Rezin of Morris, whose district includes the LaSalle home, said the veterans who died were “my constituents, and I’m incredibly disappointed.”

Rezin faulted the Pritzker administration and the VA for not following the recommendations of the auditor general following a review of the handling of the Quincy Legionnaire’s outbreak., Those recommendations included an immediate on-site review by state public health officials when an outbreak occurs.

“This would have prevented the tragedy at the LaSalle Veterans Home, period. So that’s my frustration, you know, just the lack of action by the department,” Rezin said.

“There was constant lack of communication, lack of urgency, lack of direction. I mean, just everything was lacking in the way this response occurred and that ended up being horrific for these veterans and horrific for these families,” said Cullerton, himself a veteran.

Cullerton gave Pritzker credit for initiating the report and seeking to be more transparent than the Rauner administration was with Quincy.

But, he said the LaSalle outbreak provides a “painful reminder” that “when we start trying to save pennies, then we’re not doing a service to our veterans, to our seniors.”

State Rep. Stephanie Kifowit, an Oswego Democrat and Marine Corps veteran who chairs the House Veterans Affairs Committee, said the report “confirms the suspicions of not only myself but other members of the committee of the failure in leadership” at the agency that arose during a series of legislative hearings last fall and winter.

“Throughout the outbreak at the LaSalle Veterans’ Home, dedicated staff were reaching out to me directly with serious concerns and fear for the safety of our decorated veterans who trust Illinois with their welfare,” said Kifowit, pinning the blame on a “lack of protocols, leadership and structure on the department level.”

She said her committee plans to hold hearings on the report and will put together comprehensive legislation to address issues at the Department of Veterans’ Affairs, to be introduced next year.

As a first step, Kifowit sponsored a bill, approved in the House without opposition, that would create an independent Veterans’ Accountability Unit to receive complaints and recommendations from veterans, including residents of the state homes, and others and refer problems to the inspector general.

Another area for improvement would be developing minimum qualifications for the agency’s director, a “professionalizing” of the position, Kifowit said. 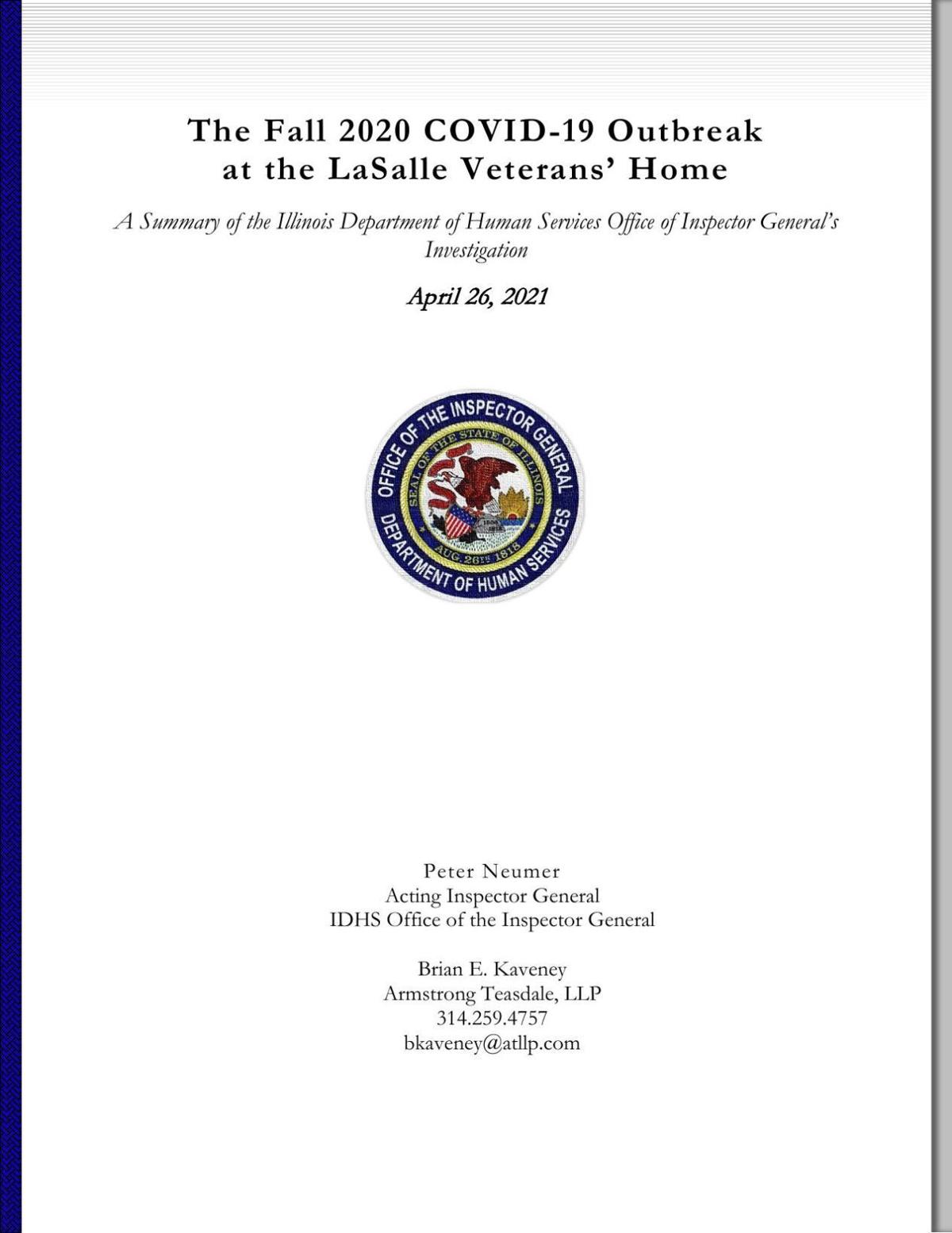 Probe shows WHO knew of sex claims in Congo

Probe shows WHO knew of sex claims in Congo

During her weekly press conference on Wednesday at Iowa PBS studios, Iowa Gov. Kim Reynolds said banning biological males who identify as female from participating in athletics with biological females is “an issue in fairness.”

Watch now: Illinois to move into 'bridge phase' of COVID reopening plan on May 14

DES MOINES — Legislation banning “vaccine passports” in Iowa is on its way to Gov. Kim Reynolds for her expected signature.

The caveat: the state's full reopening will be contingent on keeping the virus at bay

JOHNSTON — Gov. Kim Reynolds defended as “a fairness issue” her call for a state law to prohibit transgender students from competing in sports…

This Week in Iowa

DES MOINES — During floor debate Friday, an Iowa legislator spoke for the first time publicly about sexual abuse she experienced as a child. 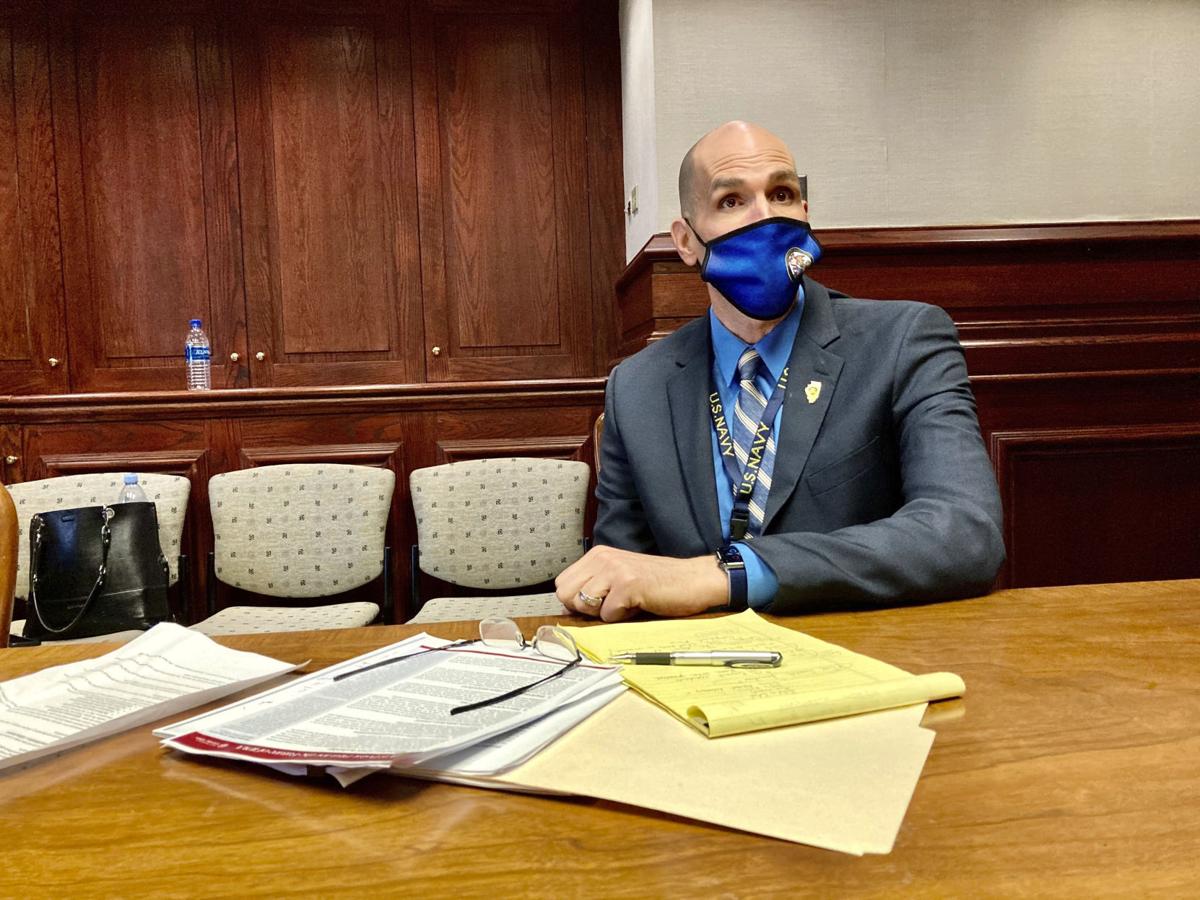 Terry Prince, Gov. J.B. Pritzker's designee as director of the Illinois Department of Veterans' Affairs, discusses changes in administration, communication, policies and infection control that he and others at the agency are implementing in response to a COVID-19 outbreak last fall at the LaSalle Veterans' Home. 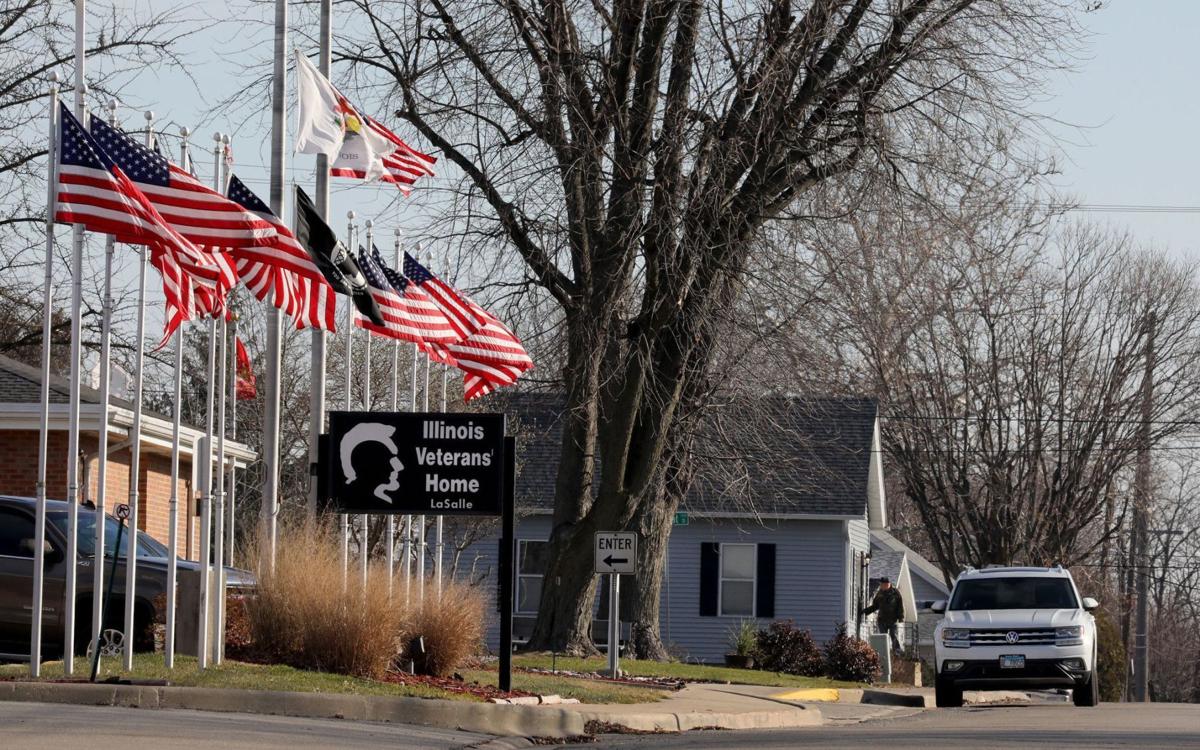 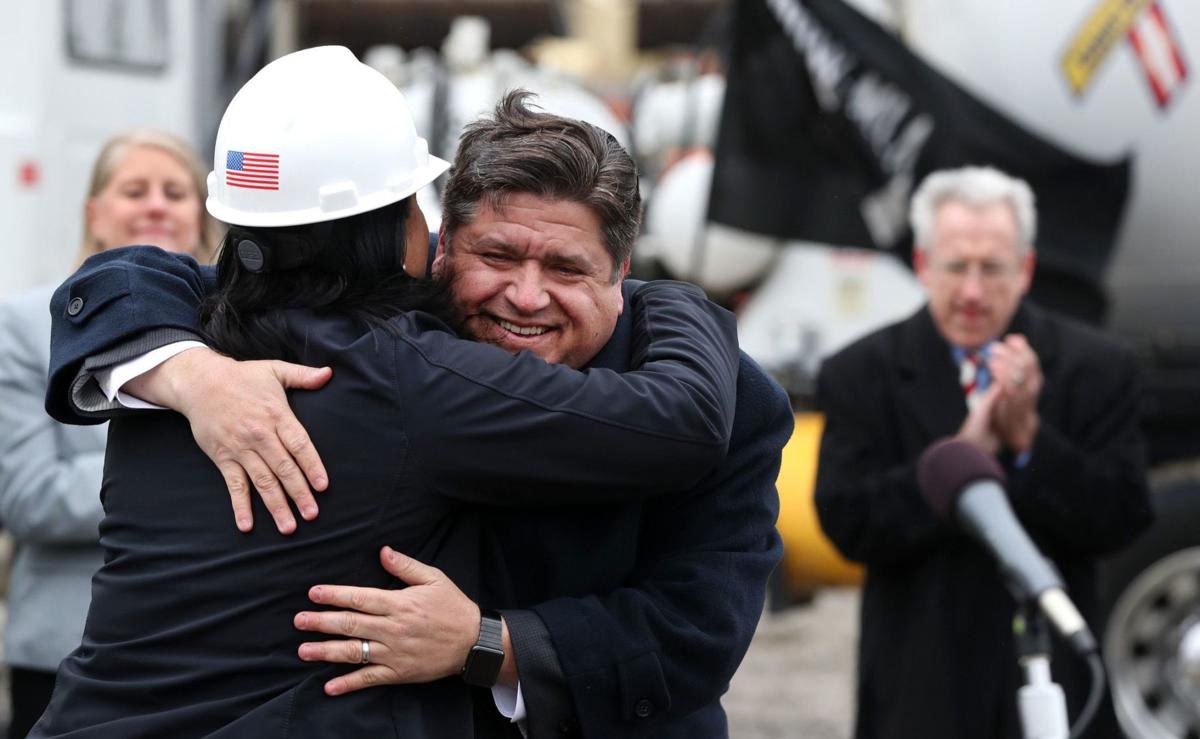 Illinois Gov. J.B. Pritzker and Director of the Illinois Department of Veterans' Affairs Linda Chapa LaVia embrace during a ceremony marking the placement of the last structural piece for a long-delayed state veterans home at 4250 N. Oak Park Ave. in Chicago's Dunning neighborhood, on March 15, 2019.