Gov. J.B. Pritzker needs to be more open with the General Assembly about how he will balance the state's deficit-plagued budget amid the ongoing COVID-19 pandemic and avoid tax increases that Illinois voters already indicated they don't want, House Republican leaders said Monday.

"We must re-engage our role as a co-equal branch of government to provide the kinds of checks and balances that the people of Illinois expect," Deputy House Minority Leader Tom Demmer, R- Dixon, said as a news conference.

The tax revamp was defeated as a constitutional amendment on the November ballot after administration officials in September asked agency directors to identify potential ways of cutting operating expenses by 6.5% for the fiscal year that begins June 30.

Pritzker, who will give his fiscal 2022 budget address at noon Wednesday in an online-only speech, said in a news release a week ago that the budget will hold state spending "flat" in fiscal 2021.

It's unclear how a spending plan identical to the current year's would jibe with a 6.5% cut in agency spending or whether the notion of such cuts has been abandoned.

The Pritzker administration has refused to give details of the potential 6.5% cuts.

It's also unclear how a flat budget dovetails with a warning last September from Lt. Gov. Juliana Stratton, who said taxpayers could face an across-the-board income tax hike of at least 20% if they rejected the proposal to convert the state's flat-rate income tax to an increasing rate for higher-income individuals.

Pritzker said last week that he has no plans to propose any tax increases, such as a change in the current flat 4.95% state income tax, to balance the budget.

He also has said that any federal assistance to states that is being considered in Congress won't be part of his budget plan, which will be debated and potentially altered by the General Assembly in the coming months.

The $42.6 billion state budget for fiscal 2021 that Pritzker signed last year is projected to have a $3.9 billion revenue shortfall, in part because of a decline in state revenues associated with the pandemic.

Pritzker has said he is cutting more than $700 million from the current fiscal year budget and borrowing to plug the $3.9 billion hole, but not all details of that plan have been released.

Durkin said he won't consider complying with Pritzker's request for Republicans' preferences for cuts in fiscal 2022 until he sees details of the potential 6.5% agency cuts. Durkin said he asked for the details from Prizker last year but never received them.

"It's absolutely astounding that the governor continues to push off the state's fiscal problems onto the House Republicans and Republican voters of Illinois," Durkin said. "Stop the blame, governor, because millions of Illinoisans are depending on you to help them get back onto their feet after one of the worst years of their lifetime."

Abudayyeh shot back at criticism from Republicans, saying in a statement: " Republicans fought against the fair tax to protect millionaires and billionaires from paying their fair share and took the best option to balance the state's budget off the table.

"The governor has presented more than $700 million in budget cuts, yet Republicans have offered no solutions to the fiscal challenges facing the state because, by their own admission today, Republicans don't believe it's their responsibility to present their ideas to balance the budget. It's going to take a lot more than empty rhetoric to rebuild the state's economy after this devastating pandemic, and the governor welcomes Republicans to present their realistic ideas so the state can balance the budget in a bipartisan fashion."

Durkin said Pritzker and Democrats who hold super-majorities in the Illinois House and Senate last year "cooked up" a budget for the current fiscal year contingent on generating $3.1 billion a year from a graduated income tax and federal COVID-19 assistance funding that never materialized.

"What a mistake," said Durkin, who proposed a 4% across-the-budget cut in state spending shortly after the graduated income tax plan failed.

Pritzker said the projected budget deficit for the next fiscal year will be $3 billion, rather than the originally projected $5.5 billion, because of better-than-expected state revenues as the economy begins to rebound.

The state still has a backlog of $4.7 billion in unpaid bills and $141 billion in long-term, unfunded pension liabilities.

Demmer and Durkin pushed back on the governor's statement last week that the next fiscal year budget will depend on the elimination of $900 million in yet-unidentified "corporate loopholes."

The Republicans said Pritzker apparently wants to eliminate corporate tax incentives to create jobs, which they said wouldn't be a wise move in a pandemic-induced recession.

Watch Now: US Postal Service first-class mail is about to get slower

Watch Now: US Postal Service first-class mail is about to get slower

DES MOINES, Iowa (AP) — A 69-year-old man was killed Friday evening in a traffic accident after getting out of a vehicle to check damage to a …

DES MOINES — With booster shots for all three COVID-19 vaccines all approved by federal regulators, the state’s public health department has i…

An autopsy has confirmed that human remains found at a suburban Chicago nature preserve are of a United Airlines executive reported missing more than a year ago, officials said Sunday.

Negotiations between Illinois’ largest public employee union and Gov. J.B. Pritzker’s administration will resume through an outside arbitrator after the two sides couldn’t come to terms.

Iowa man, 18, charged with child enticement of girl, 12, in Wisconsin

An Iowa man was released on a $2,000 signature bond Wednesday after being charged with child enticement in Sauk County Circuit Court.

Man and woman found shot to death while sitting in car in East St. Louis

Police would not confirm a motive or any known suspects.

Anthony Panico, 68, of Libertyville, pleaded guilty earlier this year to income tax evasion, admitting in a plea agreement with prosecutors to hiding nearly $10 million in income from tax collectors over a nine-year period. 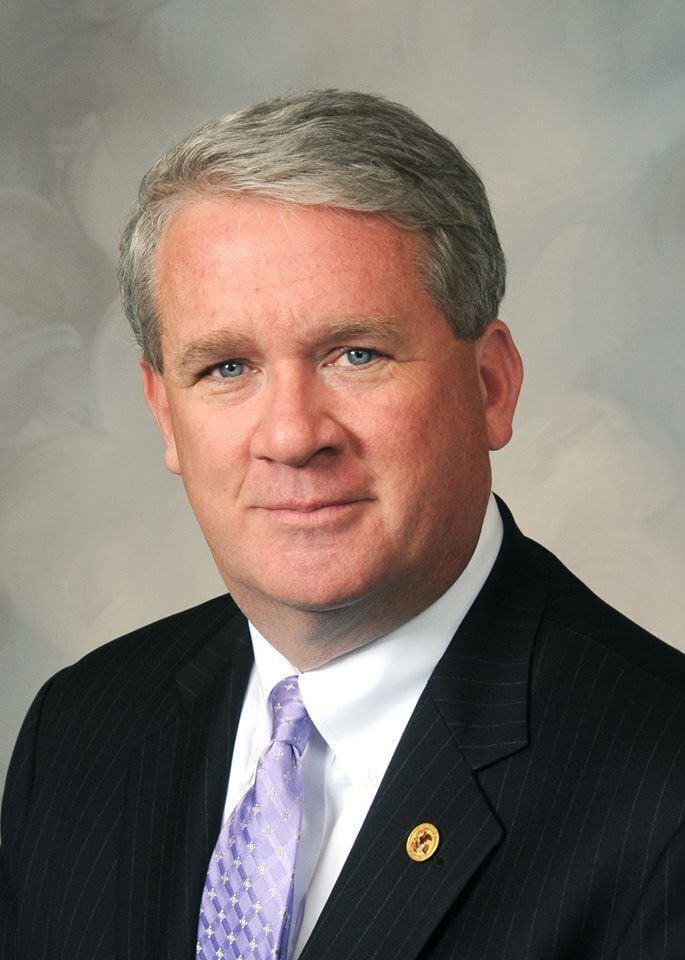 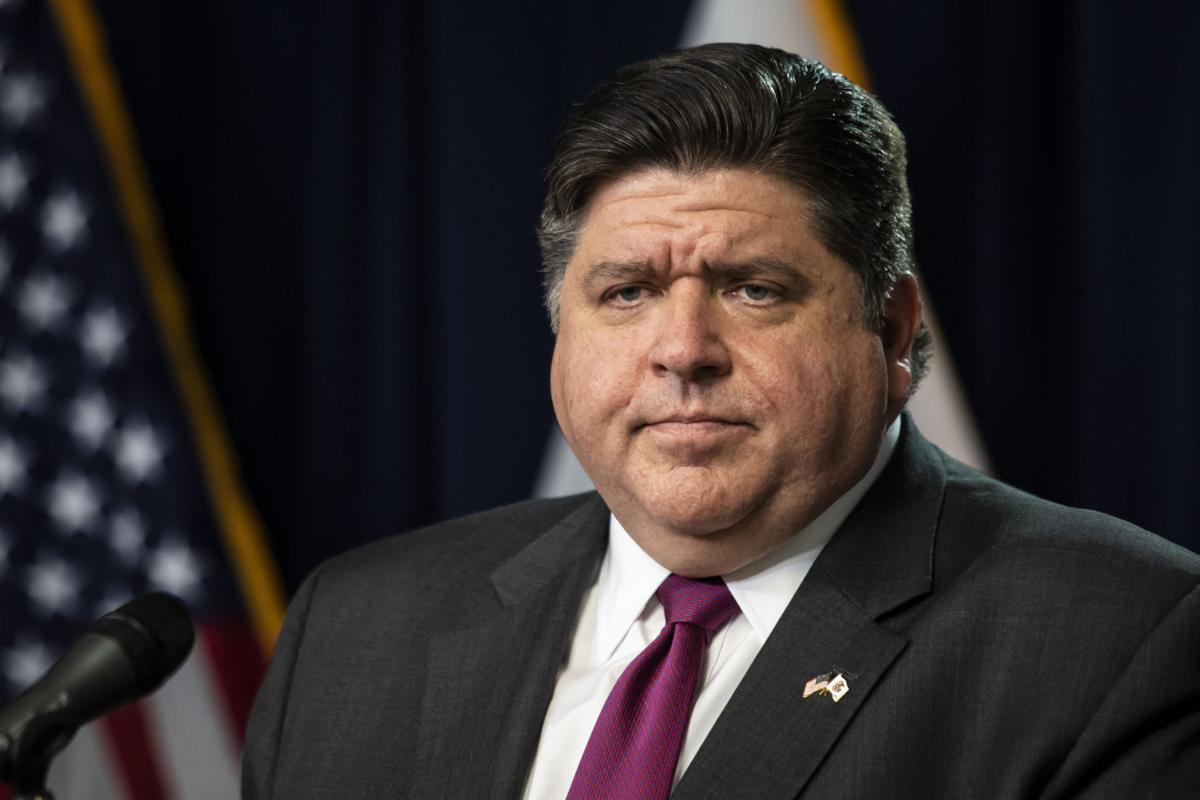