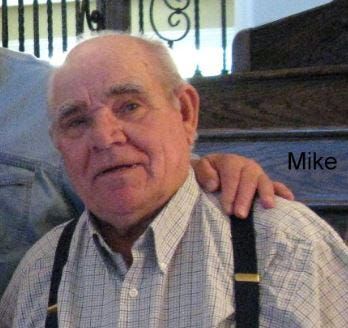 Michael "Mike" Kurylo, a Bettendorf resident, was born in Ukraine and was a World War II survivor and veteran. 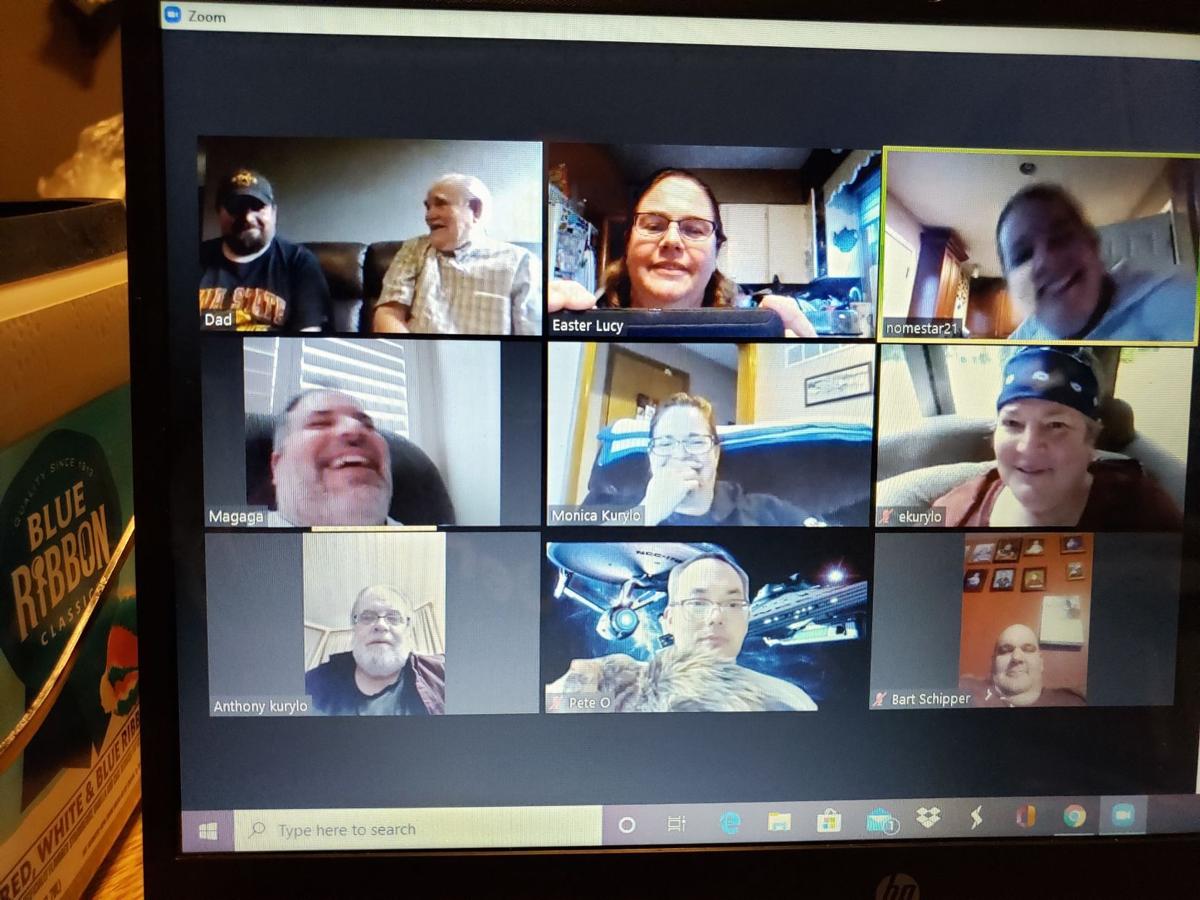 Michael Kurylo, top left, with his son Peter, laughs during a weekly Zoom call with family before his death in December. 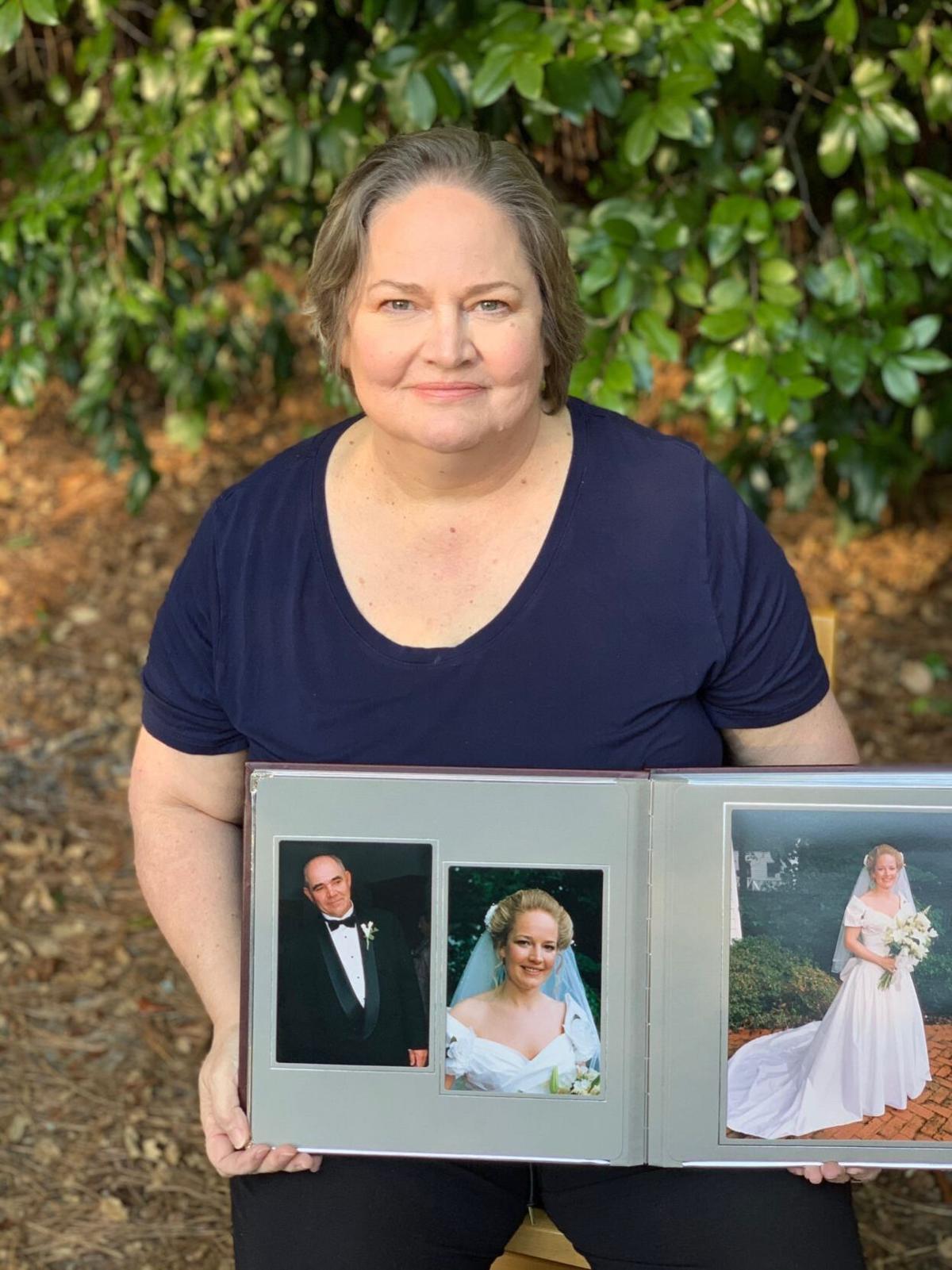 Elizabeth Kurylo holds an image of her dad, Mike, who died from COVID-19. 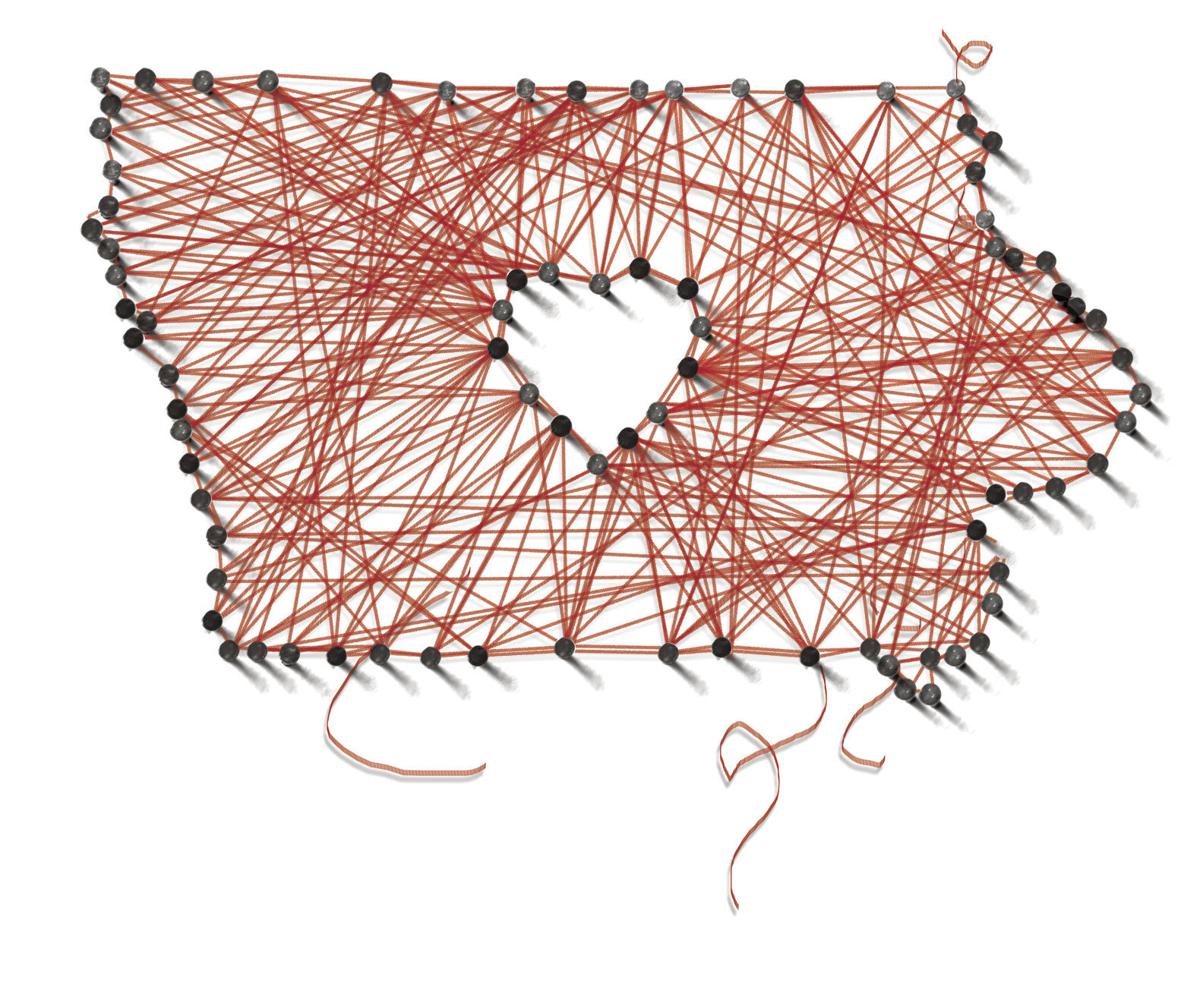 There’s Mike, a longtime Quad-Cities resident, sitting in his son’s garage sipping a cold beverage underneath an American flag rippling in the wind.

A Ukrainian native, Mike was many things: a devout Catholic who attended mass daily until the pandemic hit; a hands-on husband and father; a gregarious lover of people; a machine operator and airplane mechanic; a gardener, handyman and harmonica player.

But above all, he was a man who fiercely loved his adopted country, and that patriotism stayed with him throughout his long, productive life in eastern Iowa.

On Dec. 8, Mike died from complications of COVID-19, just days after being diagnosed, at Genesis Medical Center over the river in Illinois. He was 85.

“He was not one to shed too many tears," his daughter Monica Kurylo, a psychologist at the University of Kansas Medical Center, said. “But one of the few times he did was when he got a certificate that said he had a brick in his name on Ellis Island.”

A war survivor and a veteran, the brick inscribed with his name had been added to the American Immigrant Wall of Honor at the Gateway to Freedom.

When World War II broke out, Mike and his family were relocated by Nazi forces to a German labor farm, where they were forced to work alongside Allied POWs. A child, Mike would sometimes play with “unexploded ordnance in the woods nearby,” according to his obituary.

Mike and the others learned the war was over when an American pilot landed on the farm and told them they were being liberated, his obituary read. Rather than return to Communist rule in Ukraine, Mike’s family lived in a displaced-persons camp for several years after the war.

Finally finding sponsors in the United States, the family settled in Muscatine, where Mike met and married his high school sweetheart, Mary. Together, they raised seven children, four girls and three boys. A dutiful dad, he recorded his kids’ concerts and coached their soccer teams.

He served in the U.S. Air Force as a young man, during which he became a naturalized citizen. He then worked as a machine operator at the Caterpillar plant in Mount Joy, until it closed in 1980, when the farm crisis hit the Quad-Cities.

For the next three decades, he worked as a driver and security guard, among other jobs.

“I purposely kept Kurylo as my last name when I got married because I felt like I wanted to be sure there was respect shown to my father and my parents,” Monica said. “Dad was very traditional. But he wound up being proud about that.”

Passionately patriotic, Mike was a fourth-degree member of the Knights of Columbus, a rank reserved for senior members who most exemplify love of country. A devout Catholic, he and his wife maintained a pilgrim statue of Mary that they moved from house to house, leading the faithful in the Rosary at every stop.

Although road trips sometimes included tornadoes and bad equipment, Mike was famous for his vacations. And for teaching each of his children to drive a stick.

But on a trip to Hawaii in 2013, Mike left a seat open for Mary while sightseeing, believing her to be there in spirit. At the Pearl Harbor site, he was uncharacteristically quiet and deeply moved, Monica said.

“At the time of Pearl Harbor, he was still a young boy in Ukraine,” Monica said. “But it was obvious he felt that pull as a veteran.”

Mike could will the life back into just about anything: car parts, old church pews and even a cracked cymbal, which he rigged together with scrap metal.

“It never sounded the same, but it was whole," his obituary read.

Mike “never met a stranger,” his obituary read. He struck up conversations with just about anyone, daughter Elizabeth Kurylo said but was drawn to children. He always carried a small harmonica in his shirt pocket and was known to break out into song just to get a smile out of the listener.

During the pandemic, he would play if he sensed a lull in the weekly family Zoom calls.

Later in life, he lived with his son Peter. There, his daily routine centered on hanging the American flag outside each and every day.

It's the same flag that's rippling in the wind, framing a lifelong patriot enjoying a cold beverage and a beautiful Iowa day.

An impromptu moment forever captured on Google Maps — just as long as you know the right address.

Iowa Mourns is a series of remembrances about Iowans who lost their lives to COVID-19 during the coronavirus pandemic. If you've lost a loved one to COVID-19 in Iowa, let us know by emailing newsroom@qctimes.com.

Travelers from Iowa, other states and Washington, D.C., will face extra COVID-19 mitigations as part of Chicago’s emergency travel order

Neighboring Iowa is among four states, along with the nation’s capital city, that will become subject to additional coronavirus mitigations under this week’s update of Chicago’s emergency travel order.

"It's Katy bar the door," critic says as wagering soars

DES MOINES — Ultimately, the job of a legislator is to “make life better for Iowans,” Rep. Mike Sexton said Wednesday as he urged the Iowa Hou…

Illinois Election Board chief on leave after extortion bid

The Illinois State Board of Elections has voted unanimously to place its executive director on paid administrative leave after he reported being the target of an online extortion attempt.

Event at a rural Illinois bar led to 46 cases of COVID-19 and school closure in February, CDC says

An event at a rural Illinois bar in February led to an outbreak of 46 cases of COVID-19, a school closure and the hospitalization of a long-term care facility resident, according to a Centers for Disease Control and Prevention report released Monday.

This Week in Iowa

Michael "Mike" Kurylo, a Bettendorf resident, was born in Ukraine and was a World War II survivor and veteran.

Michael Kurylo, top left, with his son Peter, laughs during a weekly Zoom call with family before his death in December.

Elizabeth Kurylo holds an image of her dad, Mike, who died from COVID-19.