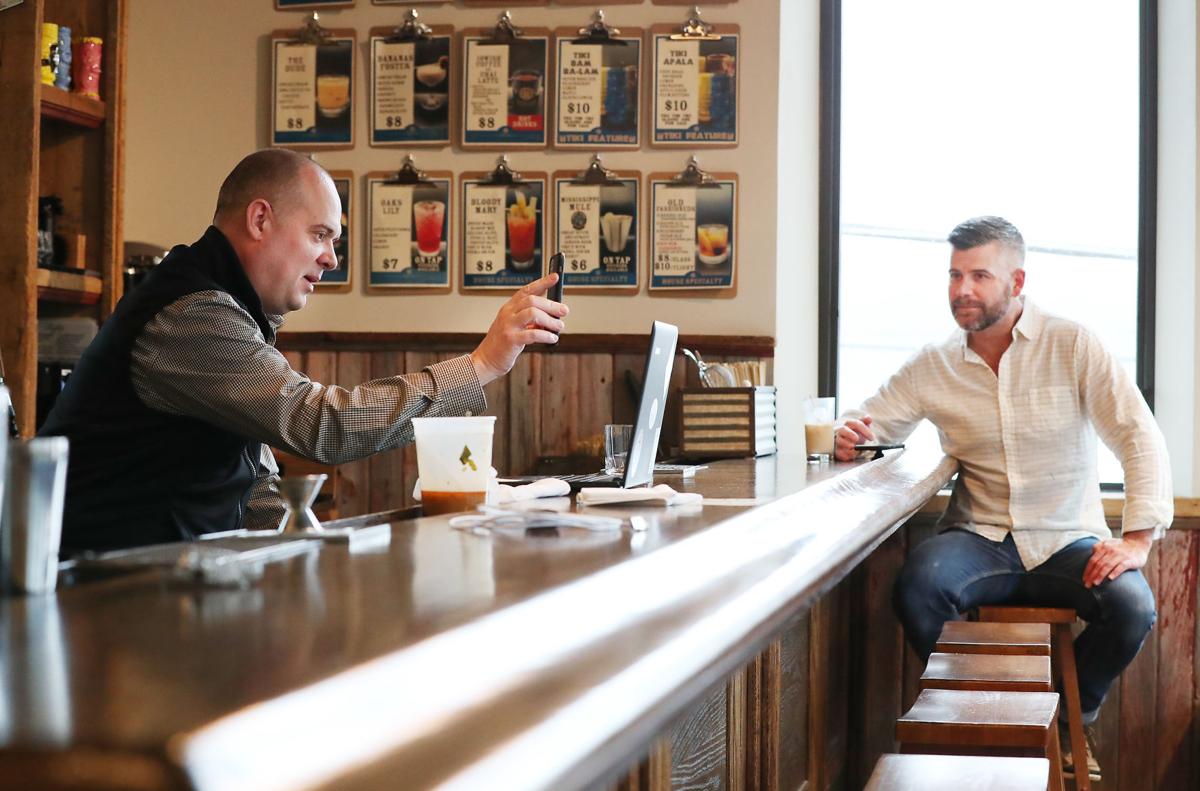 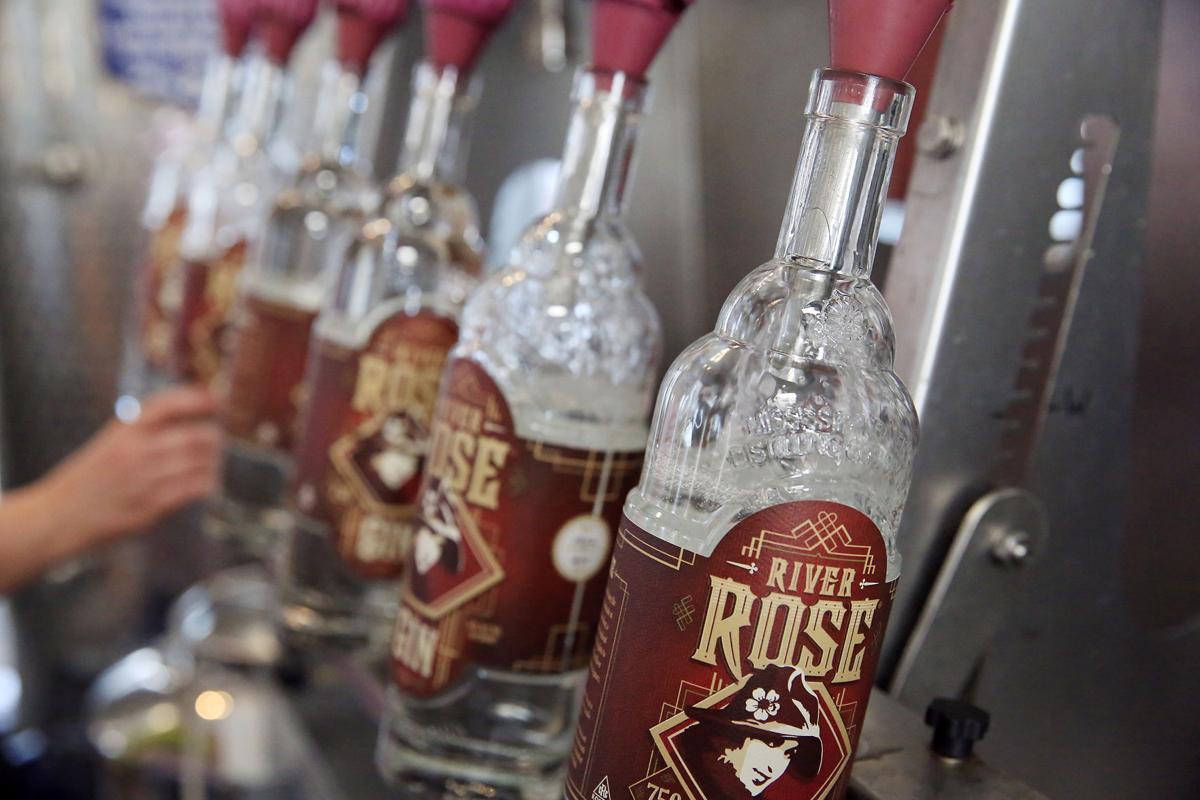 Like the heart, home apparently also is where the booze is.

The arrival of the COVID-19 pandemic in Iowa last March and a subsequent temporary shutdown of Iowa’s bars, restaurants and hospitality industry and mitigation directives to slow the viral spread meant more Iowans were working and drinking at home — which translated into record liquor sales for fiscal 2020.

Officials in the Iowa Alcoholic Beverages Division say in a report released Thursday that liquor sales totaled $367.3 million during the fiscal year that ended June 30 — an increase of 8.2% over the previous fiscal year. Those record sales compared with $339.5 million in fiscal 2019, meaning the division transferred more than $133 million to the state’s general fund.

“We’ve had huge numbers since COVID,” said division Administrator Stephen Larson, who noted the current fiscal year that started July 1 likely will be even bigger with liquor sales running up to 16% higher than the fiscal 2020 record pace. “We’re seeing patterns of increased purchasing of beer, wine and spirits.”

The surging consumption of alcoholic beverages that began last March corresponded with Gov. Kim Reynold’s public health emergency proclamations and was rooted in part to changing consumer behaviors brought on by the pandemic that “created outliers in regards to profits and consumption.”

“We can’t measure that, but I can tell you that behavior changed so people went home to drink where in the old days they would stop at their local pub and have a few. And so they’re having a few at home and they might add on a couple more at home because there’s nothing to do,” said Larson. “Because they’re working at home, they get off at 4:30, they may start a little earlier.”

According to the agency, American vodka, Canadian whisky and spiced rum continued to be the top three categories of spirits in Iowa measured by gallons sold during fiscal 2020.

State tax revenue from beer and wine products was down in fiscal 2020 but not due to less consumption, state officials said. Rather the decline resulted from the deferment of taxes and fees until Dec. 31 under the governor’s emergency order. Officials said it likely would be early spring when they would be able to determine how much wine and beer was sold and consumed in Iowa in the past fiscal year and beyond.

The issues related to beer and wine sales and revenue made for an incomplete picture of Iowans’ overall consumption of alcohol and license fee collections for fiscal 2020, Larson noted. The record sales numbers for fiscal 2020 would have been even larger had all the yearly data been complete, he said.

During the fiscal year, the division issued nearly 17,000 alcohol licenses, permits and certificates for a total of $17.6 million in revenue, which also was less than fiscal 2019 because of COVID-19 measures.

Additionally, the deferment of taxes and fees resulted in decreases in license and tax revenue. However, division officials said the decrease in revenue was minimal compared to the increase in liquor sales, which significantly offset those reduced revenues.

“This report demonstrates that ABD continues to provide a significant return on investment to the citizens of Iowa,” said Larson. “Despite the challenging times during the pandemic, the citizen-owned distribution model generated over $133 million that will be used by the Legislature for programs that benefit all Iowans, regardless of whether they choose to consume alcohol.”

He said public health and safety of Iowans was a priority for the division during the pandemic, with officials able to use the agency’s distribution system to disperse supplies such as hand sanitizer and masks to state agencies and charitable groups across the state.

Overall, the division’s compliance and education initiatives resulted in nearly 21,000 people being trained and certified in the responsible selling and serving of alcohol and over $100,000 collected as a result of licensees not in compliance with state laws.

DAVENPORT, Iowa (AP) — A Georgia man is charged with first-degree murder in the death of a woman from North Carolina who was killed inside an …

ANKENY, Iowa (AP) — A passenger in a car that crashed off a bridge in Ankeny, Iowa, was critically injured, authorities said.

DES MOINES, Iowa (AP) — Police in Des Moines have arrested a woman they say caused a fatal crash as she fled a police stop.

LeCLAIRE, Iowa (AP) — Iowa officials have charged a Pleasant Valley man with manslaughter after a boating crash last summer on the Mississippi…

WATERLOO, Iowa (AP) — One man is dead and two women were injured in an early morning shooting Saturday in Waterloo, Iowa.

NASHVILLE, Tenn. (AP) — Dr. Michael Cackovic has treated his share of pregnant women. So when Republican lawmakers across the U.S. began passi…