KABUL, Afghanistan (AP) — It's a scene that has come to symbolize the chaotic end to America's 20 years of war in Afghanistan: A lumbering U.S. Air Force cargo plane takes off from Kabul airport, chased by hundreds of desperate Afghan men scrambling to get on the aircraft.

As the C-17 transporter gains altitude, shaky mobile phone video captures two tiny dots dropping from the plane. Footage from another angle shows many in the crowd on the tarmac stopping in their tracks and pointing.

The full extent of the horror becomes apparent only later. The dots, it turns out, were desperate Afghans hidden in the wheel well. As the wheels folded into the body of the plane, the stowaways faced the choice of being crushed to death or letting go and plunging to the ground.

More than a month later, much remains unclear about what happened in that tragic takeoff on Aug. 16, a day after the Taliban swept into Kabul, prompting a flood of Afghans trying to escape the country.

Even how many were killed remains unknown. Videos show two dots falling from the airborne plane, several seconds apart. But two bodies landed on the same rooftop at the same time, suggesting they fell together, so the other figure seen falling in the videos could be at least one other person. Also, the U.S. military has said it found human remains still in the wheel well of the C-17 when it landed in Qatar but did not specify how many people. At least one person, a young soccer player, died on the tarmac, crushed under the C-17's wheels.

The U.S. military says it has not completed its investigation into the day. It said the C-17 was bringing in supplies for the evacuation effort at the airport but was mobbed by Afghans on the tarmac as it landed. Fearing the plane would be overwhelmed, the crew decided to take off again without unloading the cargo. Videos taken by Afghans on the tarmac show hundreds running alongside it, and perhaps a dozen people sitting on top of the wheel well, though it is not known how many jumped off before the plane lifted off.

One of those tucked into the wheel well was Fida Mohammad, a 24-year-old dentist.

He had once been full of hope, his family said. He had married last year in an extravagant ceremony that cost his family $13,000. His dream of opening a dental clinic in Kabul had become a reality.

Then the Taliban seized Kabul, and all the possibilities for his future seemed to disappear, his father Painda Mohammed told The Associated Press.

The older man still struggles to understand what his son was thinking when he climbed into the wheel well. He's wracked with guilt, fearing that Fida took such an enormous risk because he wanted to help repay the large loan his father took out for the wedding.

Burying his head in his hands, Painda says he spends hours imagining his son's final minutes, the fear he must have felt as the earth below him began to disappear and the wheels swung in, knowing he had no choice but to let go.

On the ground, Abdullah Waiz was asleep in his home at the time and was awakened by a powerful noise. His first thought was an explosion. He rushed outside. His neighbors gestured toward his roof and told him of the bodies tumbling from the sky.

Two bodies hit in the same corner of his roof, Waiz said, pointing at the spot, where the concrete was still stained with blood. Waiz believes they were holding hands since they fell in the same location. He collected the remains on a cloth and carried it to a nearby mosque, he said.

They identified one body as Fida, as he had stuffed his father's name and number in his pocket. Local media said the second body was identified as a young man named Safiullah Hotak.

For two weeks at the end of August as the United States and its allies wrapped up their presence in Afghanistan, tens of thousands of Afghans surged toward the Kabul airport, frantic to escape a Taliban-ruled Afghanistan. A 2-year-old child died in the stampede. An Islamic State group suicide bomber blew himself up in the middle of the crowd, killing 169 Afghans and 13 U.S. military personnel. Yet even after the explosion, thousands returned to the airport, hoping to make it inside.

The scenes were so traumatic that the U.S. Air Force offered psychological counseling to the air force personnel who worked at Kabul airport, as well as the crew of the ill-fated C-17 flight after it landed at Al-Udeid Air Base in Qatar.

Another victim on Aug. 16 was 17-year-old Zaki Anwari, a rising star on Afghanistan's national soccer team. He would spend hours watching his hero Lionel Messi play. "He couldn't get enough. It was all he talked about, all he did," said his 20-year-old brother Zakir Anwari.

Zaki was too young to have known the Taliban's harsh rule of the late 1990s. But as the militant force swept through the provinces, Zaki's social media were flooded by rumors and horror stories purporting to tell of life under the Taliban.

Last time they ruled, the Taliban banned most sports, including soccer, and routinely rounded up young men at prayer times to force them to the mosque. Zaki was certain his dream of competing internationally on the Afghan team was over.

Zaki went to the airport with an elder brother and a cousin on Aug. 16. He was meant to just watch the car while the cousin, who had worked for an American company, tried to get into the airport. Instead, while they were gone, he climbed over the airport boundary wall.

A breathless Zaki then called his other brother Zakir. He said he was inside the airport and was soon getting onto a plane. Zakir said he pleaded with his brother not to go, reminding him he didn't have his passport or even his ID card with him and asking him, "What will you do in America?'"

But his younger brother hung up, then called his mother. "Pray for me. I am going to America," Zaki said. She begged him, "Come home."

Zaki was no longer listening. He raced alongside the aircraft as it picked up speed until suddenly he was knocked from the side and fell under the wheel and died, witnesses told the family later.

Hear a 4-year-old New Zealand boy's emergency call asking police to come over and see his toys. An officer visited and confirmed the toys were cool.

"It is exciting to encounter such a personal object, taking you 900 years back in time to a different era, with knights, armor and swords," an inspector said.

Buckingham Palace said that Queen Elizabeth II spent a night in a hospital after being advised by her doctor to rest. She returned to her Windsor Castle home at lunchtime on Thursday, "and remains in good spirits."

War, poaching in Mozambique lead to elephants without tusks

Researchers have pinpointed how years of civil war and poaching in Mozambique have led to more elephants that will never develop tusks.

Erdogan orders removal of 10 ambassadors, including US envoy

ISTANBUL (AP) — Turkish President Recep Tayyip Erdogan said Saturday that he had ordered 10 foreign ambassadors who called for the release of a jailed philanthropist to be declared persona non grata.

NEW DELHI, India (AP) — Facebook in India has been selective in curbing hate speech, misinformation and inflammatory posts, particularly anti-Muslim content, according to leaked documents obtained by The Associated Press, even as the internet giant's own employees cast doubt over its motivations and interests.

TASHKENT, Uzbekistan (AP) — Uzbeks voted Sunday in a presidential election that the incumbent is expected to win in a landslide against weak competition.

Pope: Don't send migrants back to Libya and 'inhumane' camps

VATICAN CITY (AP) — Pope Francis on Sunday made an impassioned plea to end the practice of returning migrants rescued at sea to Libya and other unsafe countries where they suffer “inhumane violence." 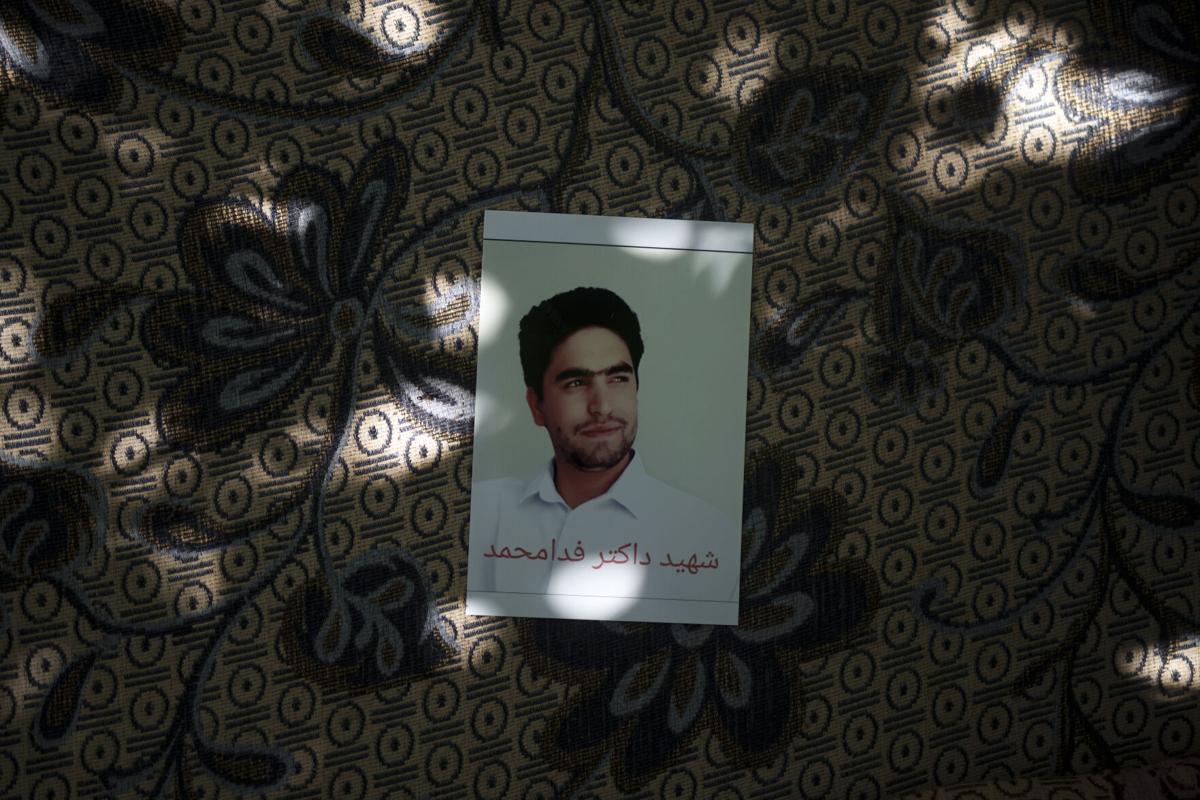 A portrait of Fida Mohammad, a 24-year-old dentist who died after falling from a departing U.S. Air Force C-17 on Aug. 16, hangs in his family's house in Kabul, Afghanistan. 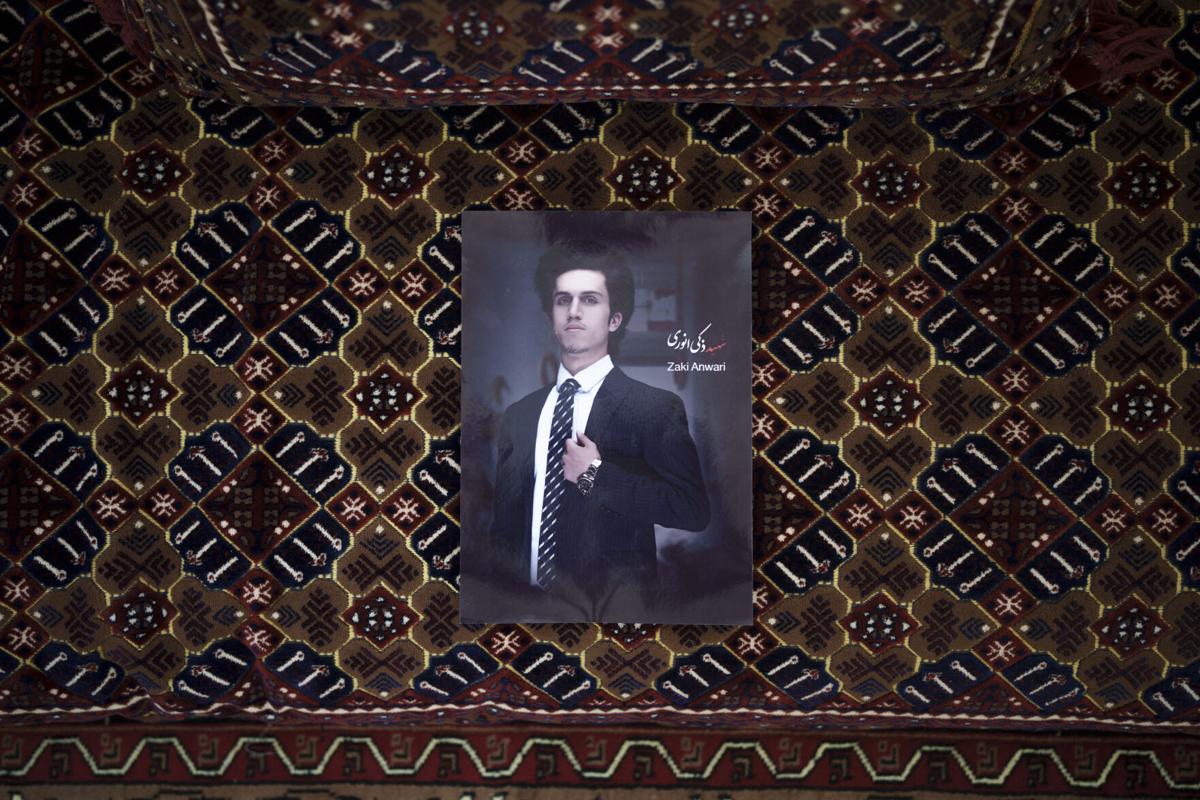 A portrait of Zaki Anwari, a 17-year-old soccer player who died in the chaos as a U.S. Air Force C-17 departed on Aug. 16, hangs in his family's house in Kabul, Afghanistan. 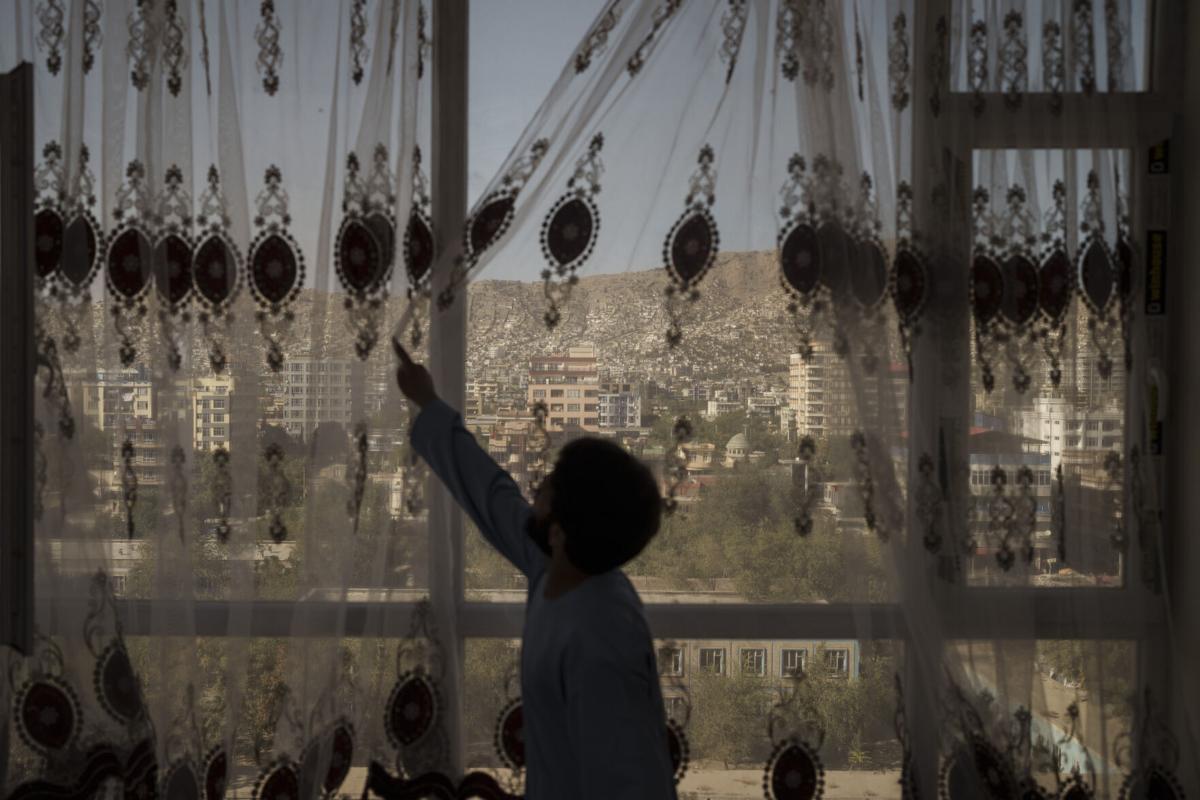 Mohammed Zakir closes the curtains of his family home, overlooking Kabul, Afghanistan. Zakir's bother, Zaki Anwari, was a 17-year-old soccer player who died after trying to board a departing U.S. Air Force C-17 on Aug. 16 at Kabul's airport.